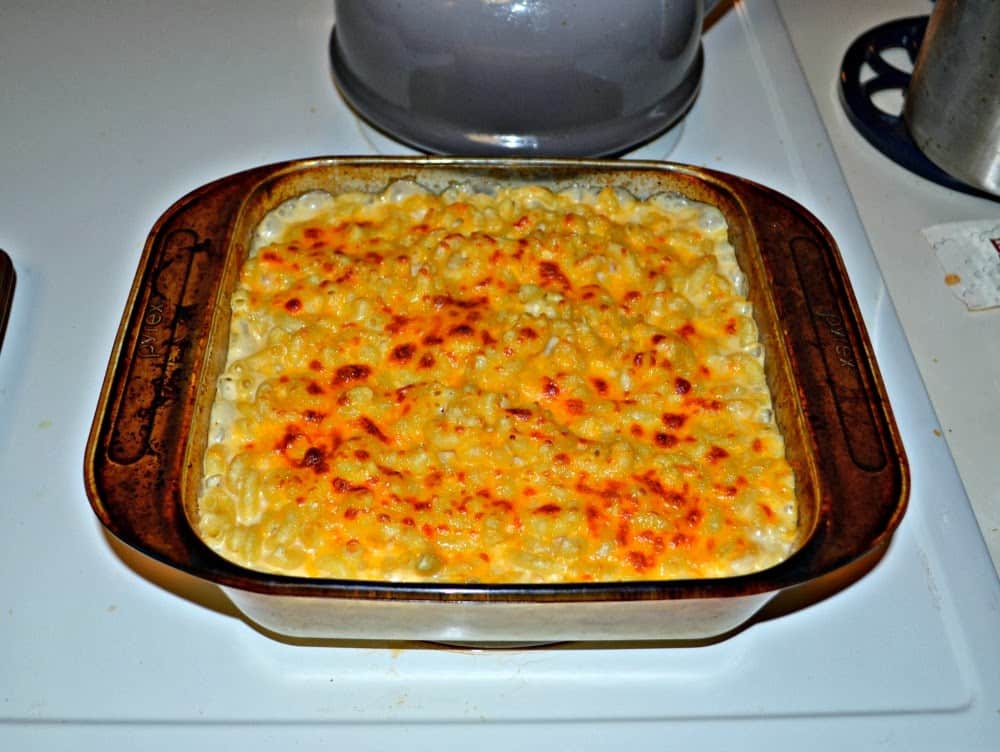 While I didn't go outside and burn off any energy, I did make it to the gym.  After an exhausting Zumba workout, I wanted a substantial yet healthy dinner.  I also wanted something warm and comforting.   The first thing that came to mind was macaroni and cheese.  I love homemade macaroni and cheese because it's so creamy and cheesy! 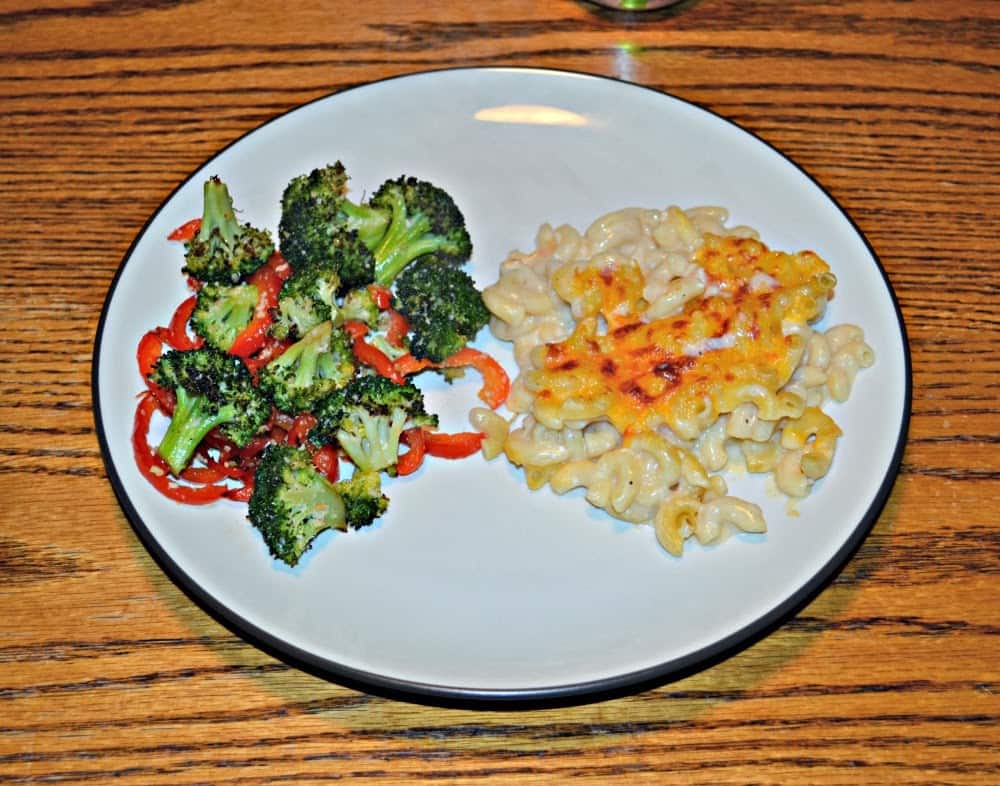 The thing I didn't want was a ton of calories but I was able to find a lighter version of mac and cheese that was still creamy and delicious.  With cream cheese and cheddar cheese it's almost perfect.  The best part is broiling the cheddar cheese on top to a golden brown to give it a nice crunchy top. 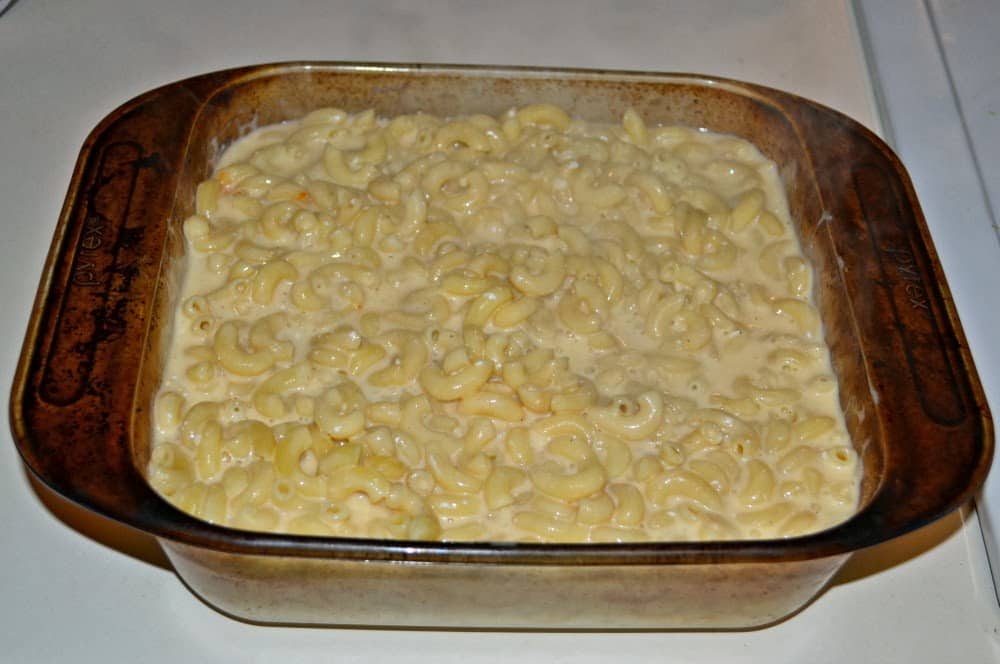 1.  Cook the noodles according to the package directions.  Drain and keep warm.

2.  In a medium saucepan heat the olive oil over medium heat.  Add in the garlic cloves and cook for 2 minutes.  Stir in half the chicken broth and bring to a boil.  Cook for one minute.  Add in the remaining chicken broth, milk, and flour.  Whisk until the flour dissolves.

3.  Bring to a boil and cook for 5 minutes until thickened.  Remove from heat and stir in the cream cheese, salt, pepper, paprika, and ground mustard.  Mix until the cream cheese has melted.

4.  Add in half the cheddar cheese and mix until combined.

5.  Put noodles in a 2 quart baking dish and pour the cheese sauce over top.  Mix to combine.  Sprinkle remaining cheddar cheese on top of the macaroni.

6.  Heat the broiler in the oven.  Broil the mac and cheese for 2-4 minutes or until the top is golden brown. 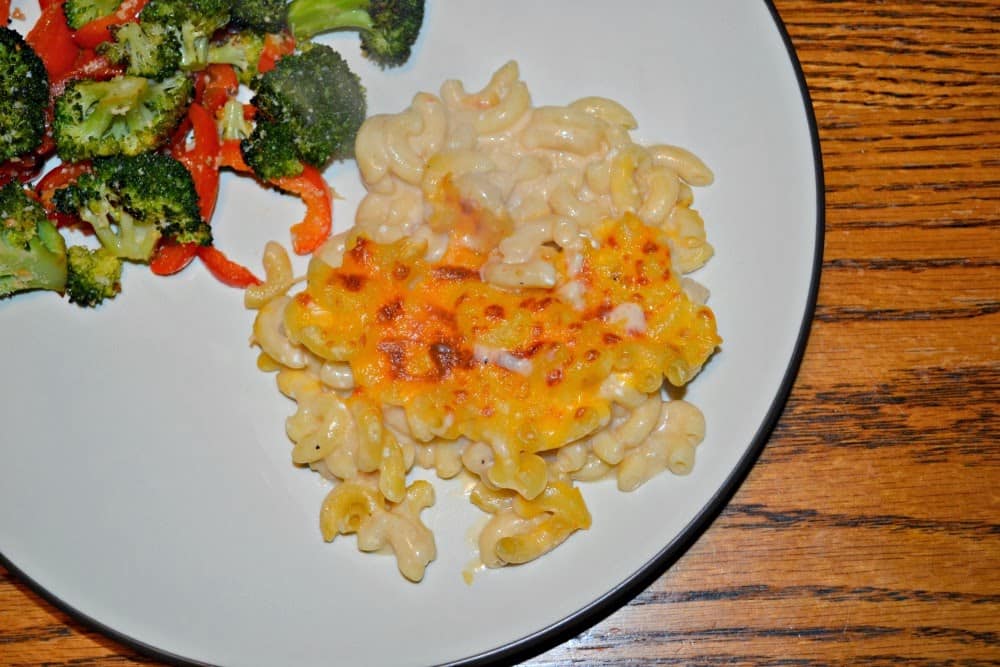