Halloween is one of my favorite holidays.  I love the creepy decorations, haunted houses, and scary movies on TV.  At school the kids are totally into it and love to dress up and celebrate.  I like to get into the spirit with a costume every year as well. 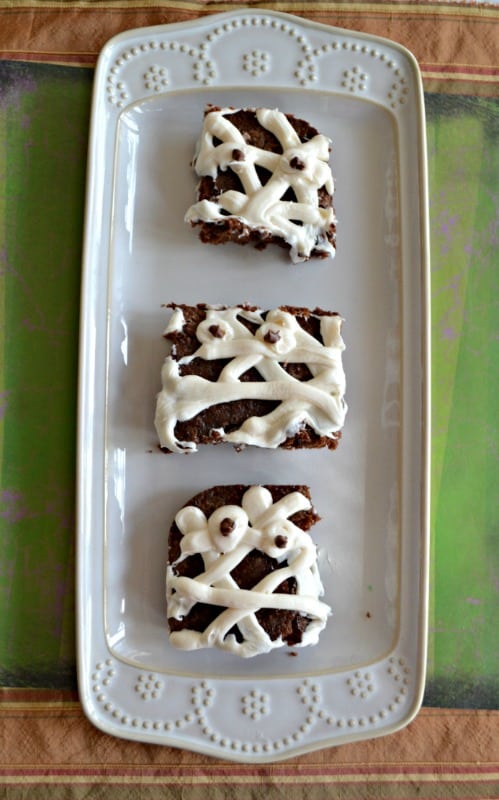 I also like to make desserts that go with each holiday.  Since I don't have as much time these days I decided on a semi-homemade dessert.  That means that I used a brownie mix instead of homemade brownies but you can feel free to make either one! 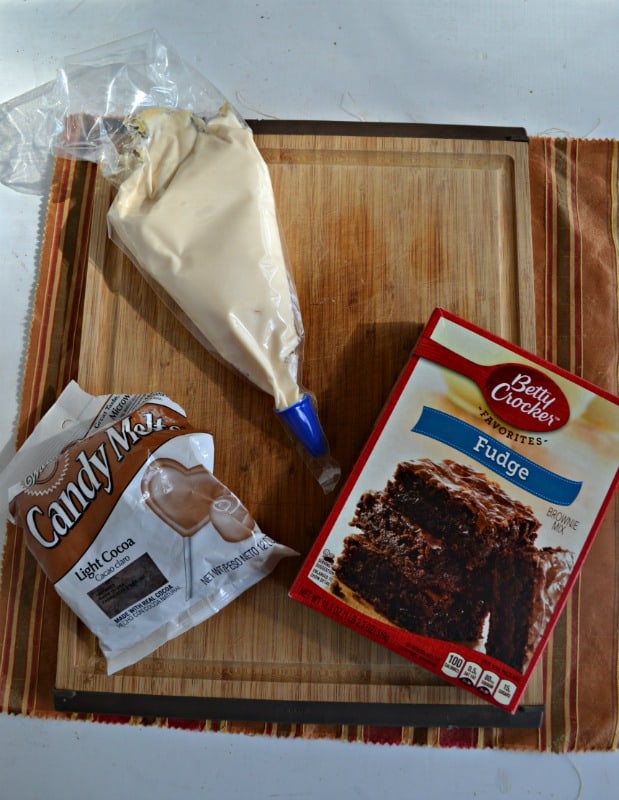 These mummy brownies are super fun and are easy to make.  I was able to decorate them while holding my son and they looked fine.  The reason being that the decorations don't have to be exact.  It's just a bunch of lines for the mummy and then either candy eyeballs or some chocolate to pipe on the eyeballs. 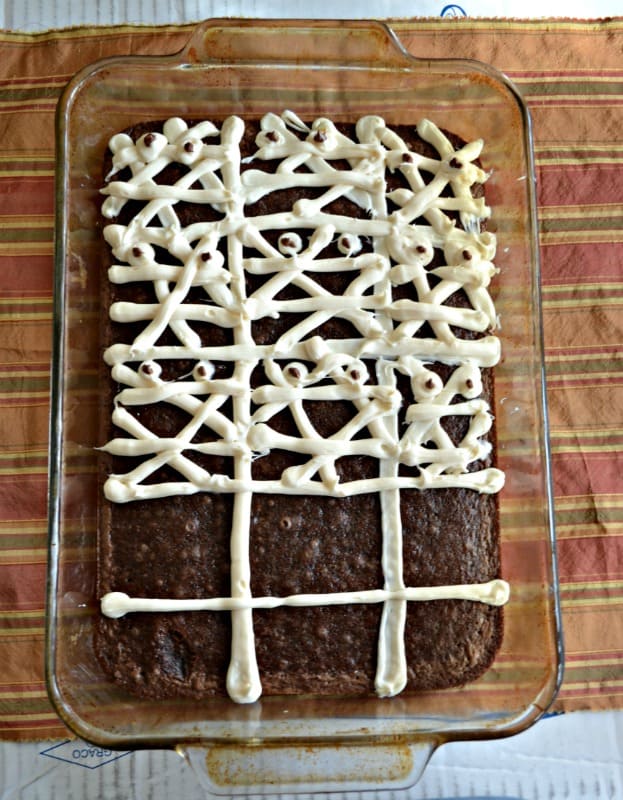 The mummy brownies turned out really well.  I piped frosting on the borders so I knew where to cut them too.   They would be great for kids to help decorate too!   I made the eyes black and white but it might be creepy to make them black and green or some other color.

So if you need an easy to make and decorate treat perfect for the Halloween holiday give these Mummy Brownies a try! 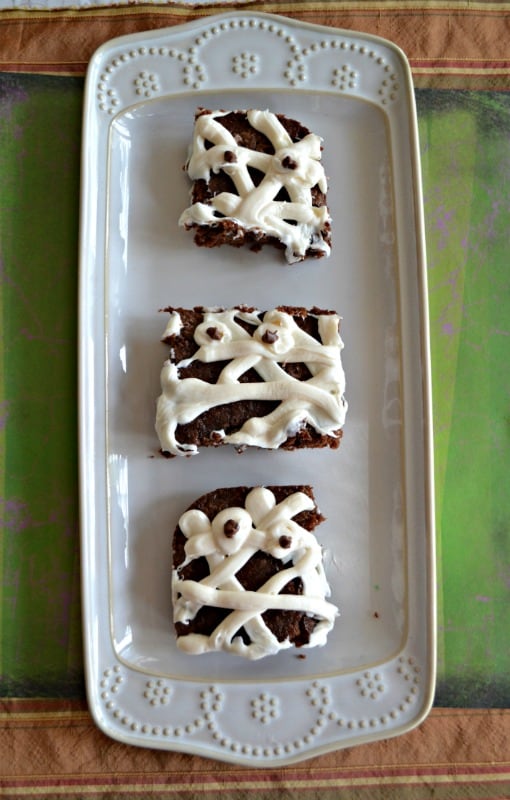