The world has gone crazy for The Great British Baking Show.  Since I love watching cooking shows this one is no exception.  It's so fun watching the contestants being challenged to make all things baked.  While many of the items are desserts not everything is. 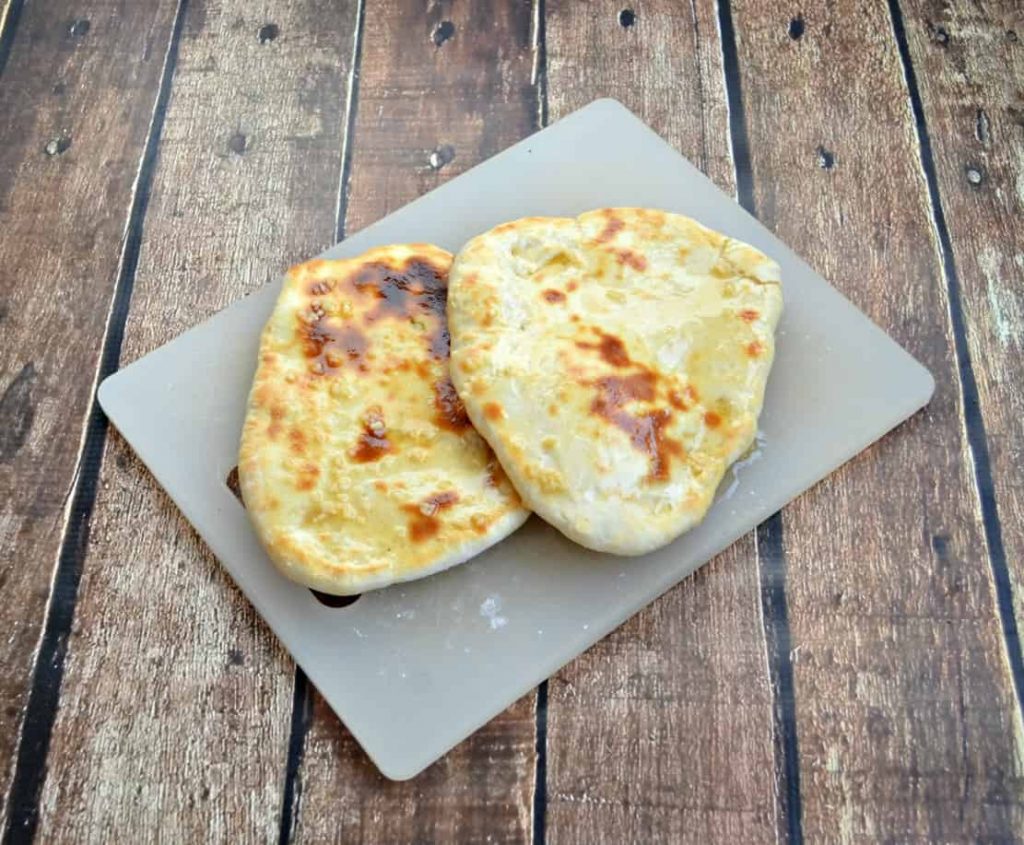 Several months ago I was invited to join a Facebook group that was going to be cooking along with The Great British Baking Show.  I thought it would be a great way to bake a few new recipes and I wasn't disappointed.  In fact, the first thing I baked was a cake and I ended up winning a gift card to Starbucks for my bake!   While I'm not able to bake every week it is fun for me to bake when I can.

We just started a second round of baking and the second bake was for Naan.   I made Naan several years ago using the skillet method and I really liked it.  Naan is a flatbread that is usually baked in the oven and is found in Asia.  It's used in a lot of Indian cooking. 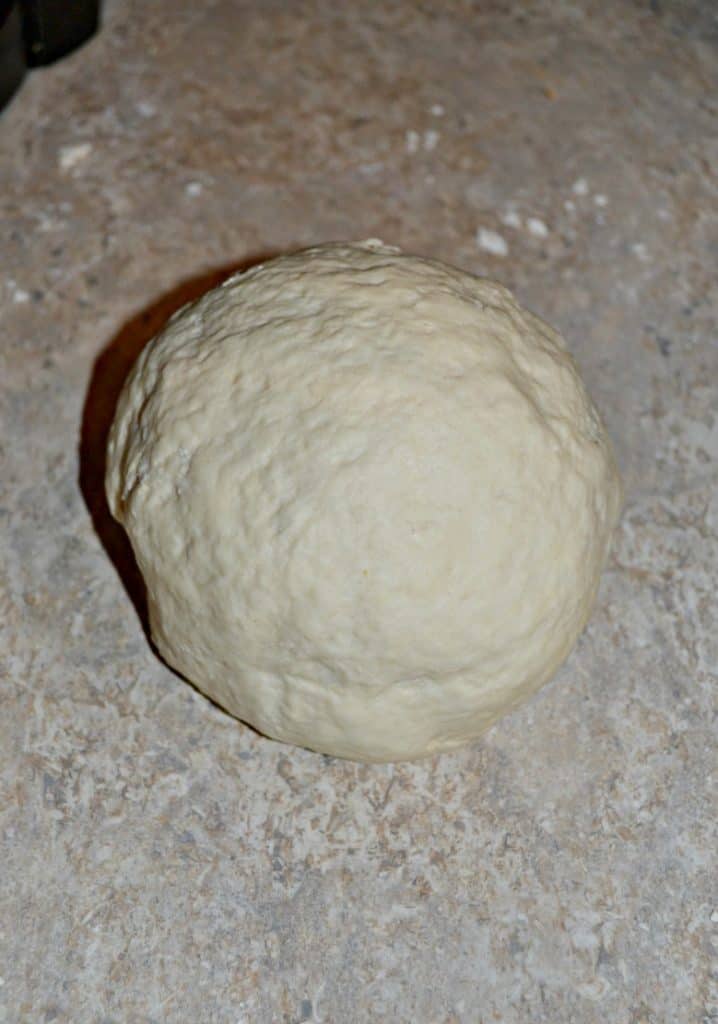 I was cooking steaks for dinner that night and I thought that the Naan would go well with it.  I like to have a little bread with my steak.  It was easy to mix up the ingredients, knead the dough, and have it rise while I got started on the rest of dinner.   Then when it was time to eat I simply rolled out the pieces of dough, brushed them with ghee, and let then bake in the oven.  When they came out they had golden brown spots on them and I brushed them with more ghee. 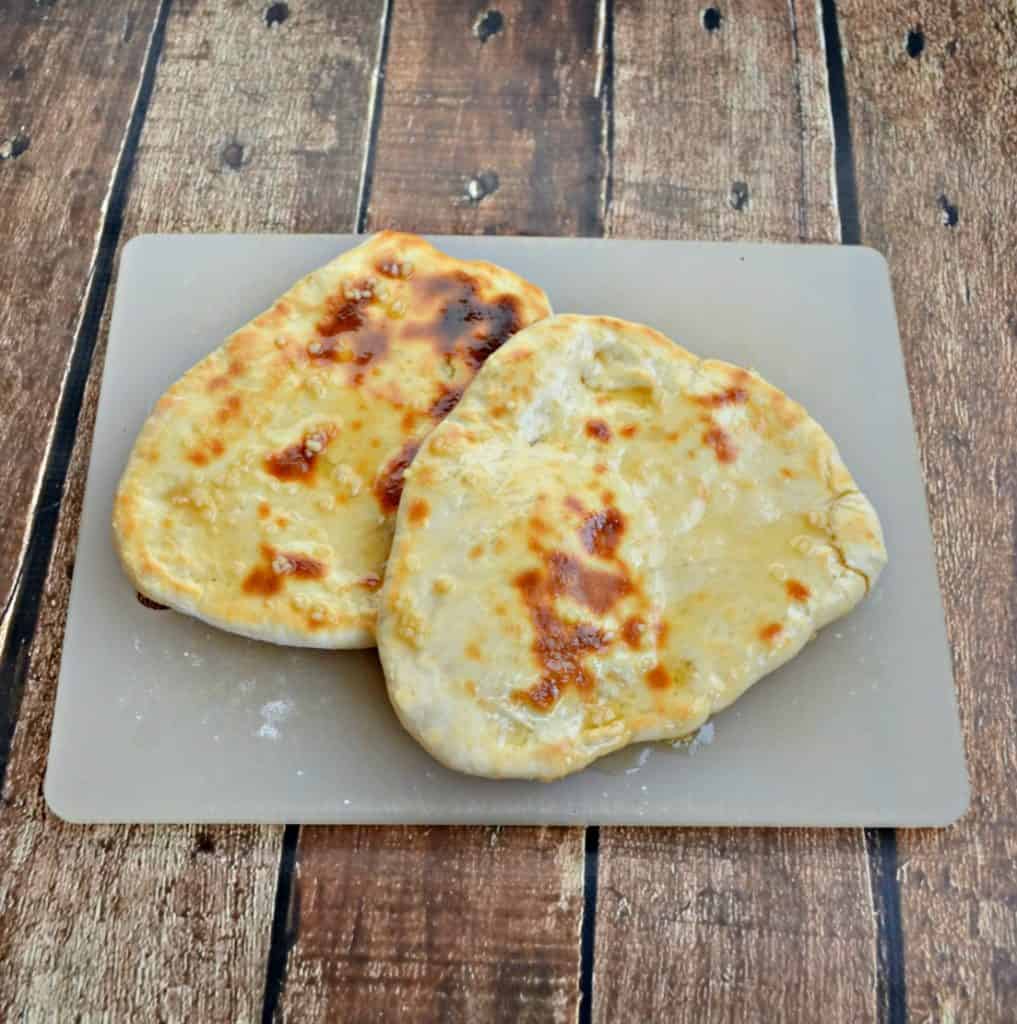 Ghee is simply clarified butter.  You can buy it in the store or you can make your own.  I prefer to make it myself because it's easy and much cheaper.   Then I added garlic to give it some flavor and brushed that on top of the Naan and served it with the steaks.  It was the perfect accompaniment to the steak dinner and I like how easy and quick it is to make! 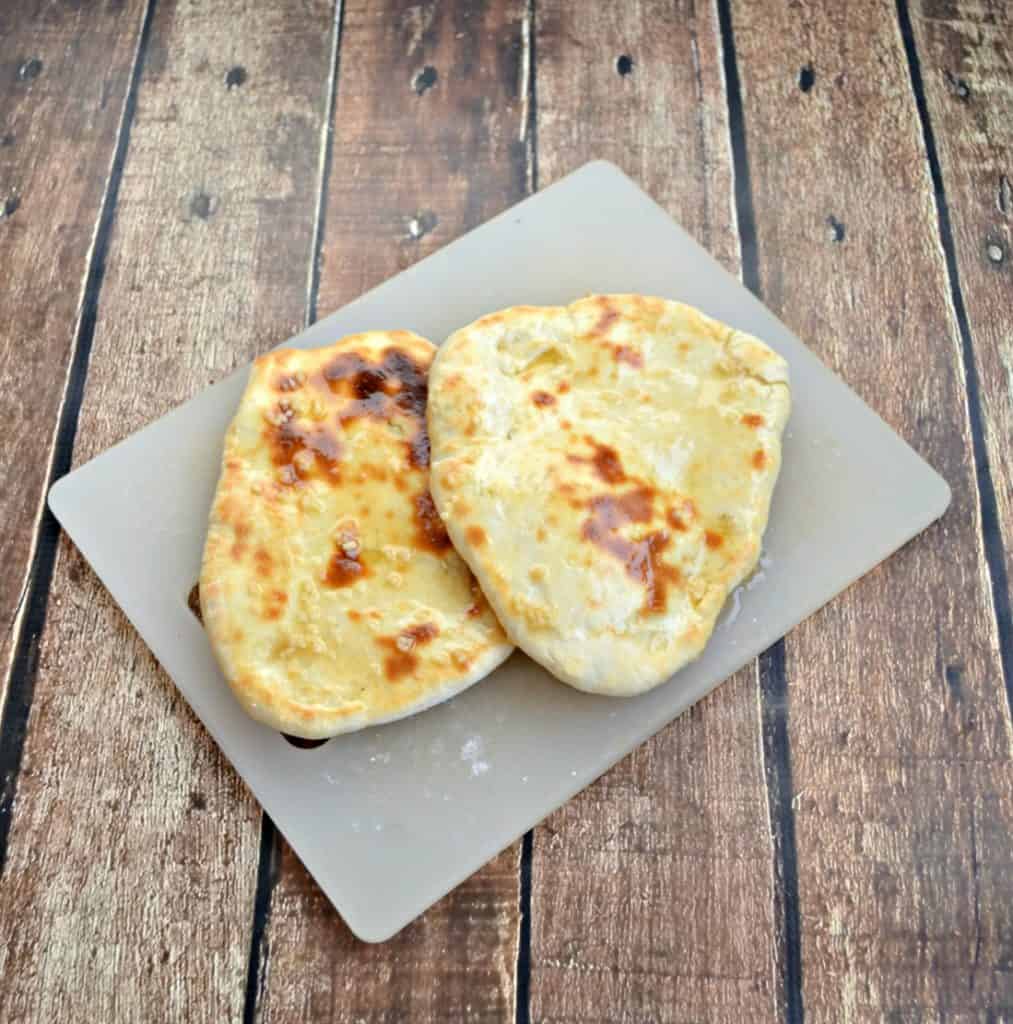