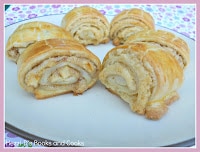 The Daring Bakers’ April 2012 challenge, hosted by Jason at Daily Candor, were two Armenian standards: nazook and nutmeg cake. Nazook is a layered yeasted dough pastry with a sweet filling, and nutmeg cake is a fragrant, nutty coffee-style cake.   The nutmeg cake looked easy enough but I was intimidated by the Nazook.  I gave the cake a try first.

The nutmeg cake was easy to through together.  I added in some cinnamon to the nutmeg and topped it off with almonds.  The bottom crust is thick and sweet.  On top of it is a moist, spiced cake.  The flavor of the nutmeg and cinnamon really come through.  It's a great breakfast cake because it isn't too sweet and it pairs well with milk or coffee. 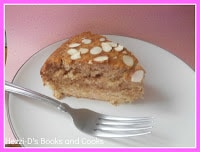 I put off the Nazook for several weeks but last weekend I finally had to go for it.  Imagine my surprise when it was so much easier then I expected!  The pastry came together quickly and it rolled out nicely after being in the refrigerator.  I didn't have any trouble working with it.

For the filling I decided on a sweet vanilla filling and an apple cinnamon filling.  Both were delicious in their own way.  The pastry is light and slightly flaky.  The vanilla filling was sweet and had a heavy vanilla flavor which was delicious with the buttery pastry.  The apple cinnamon filling was slightly tart and spiced and reminded me of an apple breakfast pastry.  We enjoyed the Nazook so much that I've been thinking of other fillings I can add for the next time I make this.  It's the perfect dish to bring to a brunch! 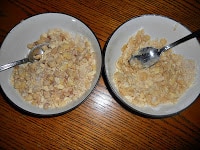 For the egg wash:
1 large egg

1.  In a large bowl combine the flour, yeast,and salt; mix together.

2.  Add in the sour cream and soften butter.  Use your hands and work the mixture into a dough.

3.  Knead for about 5 minutes or until the dough is no longer sticky.  Place the dough in a bowl, cover, and refrigerate for 3-5 hours.

4.  Mix together the flour, sugars, and softened butter in a medium bowl to make the filling.  Once the butter is mixed in divide into two bowls.

5.  Add the apples and cinnamon to one bowl to make an apple filling and add the vanilla to the other bowl to make a sweet vanilla filling.  Both fillings should look clumpy. 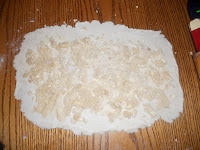 7. Remove the dough from the refrigerator and cut it in half.

8.  Form a ball out of one of the halves.  Sprinkle flour on your work surface and roll the dough into a large rectangle.  The dough should be thin but not transparent.

9.  Spread the vanilla filling on the dough getting about ½ inch from the edges.  Starting at the long side, carefully roll the dough.  Make sure the filling stays evenly distributed. 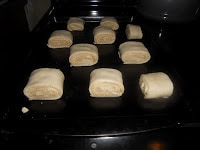 10.  Place the dough seam side down and press on it to slightly flatten the top.  Cut the dough into 10 even pieces and place on an ungreased cookie sheet.

11.  Repeat with the other ball of dough, spreading the apple filling in this one.

12.  Brush the tops of all 20 pieces with the beaten egg.  Bake for 30 minutes or until the tops are golden brown.

13.  Remove the pastries from the cookie sheets and allow to cool on a wire rack.

14.  Keep cooled nazook in an air tight container for up to 1 week. 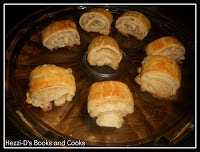 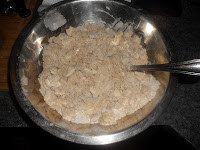 1.  Preheat the oven to 350 degrees.   Spray an 8 inch springform pan with cooking spray.
2.  In a small bowl mix the milk and baking soda together.  Set aside.
3.  In a large mixing bowl combine the flour and baking powder.  Add in the brown sugar and stir. 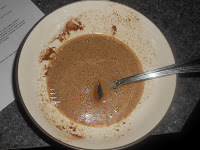 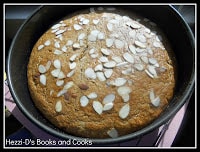 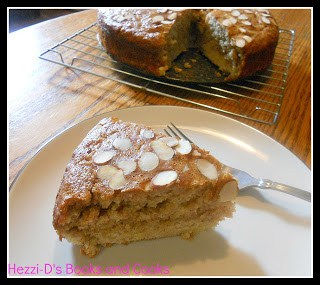 This post linked to:
Shine on Friday, Foodie Friday, Sweet tooth Friday,
Sweets for a Saturday, Sugar Me Up,  Seasonal Inspiration