Today I'm sharing a wonderful no bake recipe that is perfect for this August heat.  It's basically edible cookie dough and it's amazing! 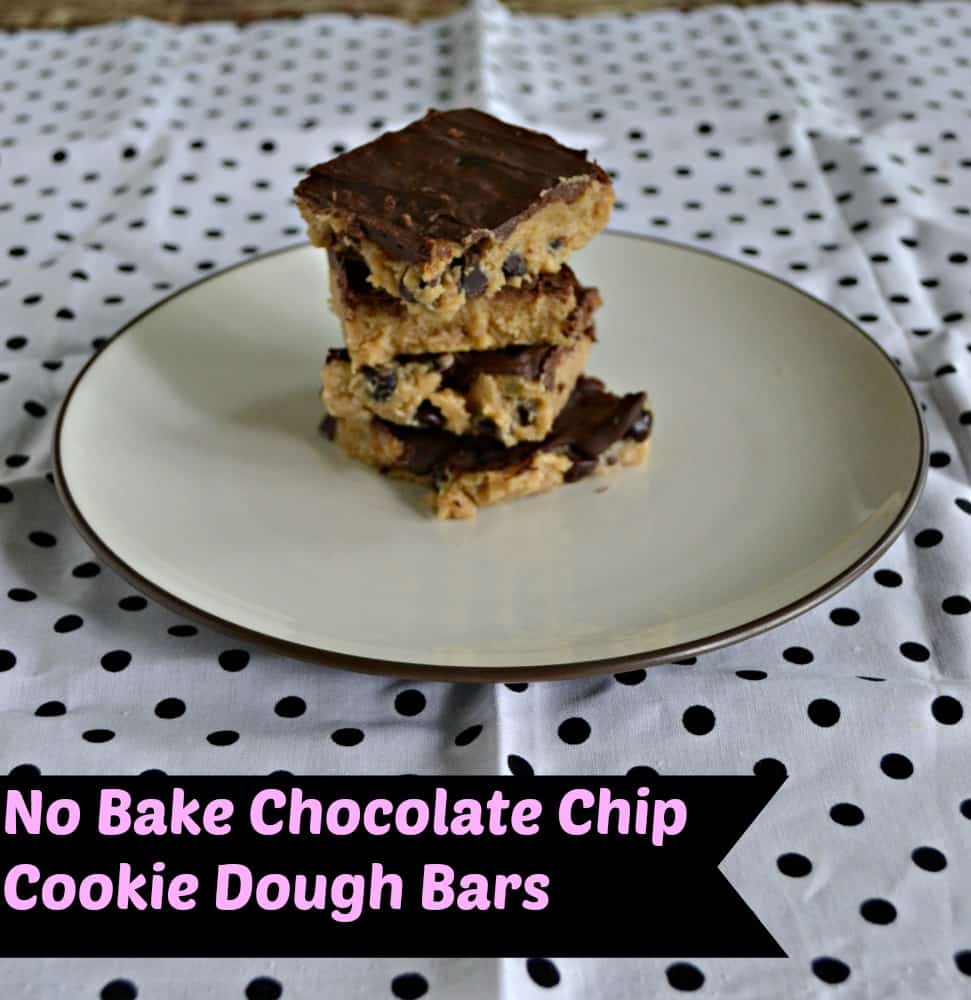 This past week it has been in the upper 80's every day with a heat index of around 100.  While I love summer, the sunshine, and the heat, 100 degrees is a little too warm even for me.   We've had all of the fans cranked up in the house and we haven't been turning on the oven.  We've had a lot of meals on the grill and a few on the stove top.  The one thing I've been missing the most is dessert.  I'm usually in the kitchen 2 or 3 nights a week baking but it's just been too hot.

Since I had a craving for something sweet I began searching for recipes that didn't require me to turn on the oven.   I looked at things like pudding and mousse but all I really wanted was a cookie.   I figured the next best thing was a no bake cookie though most of the ones I've seen have peanut butter in them which is a no no for me. 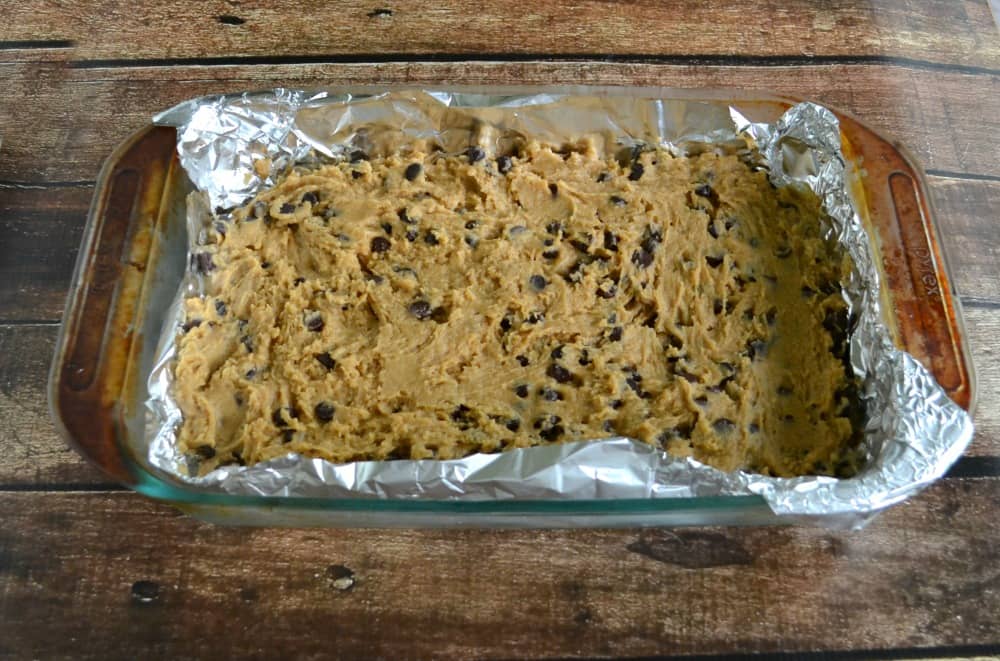 I found an awesome looking recipe for no bake chocolate chip cookie dough bars.  They looked so good but I was afraid the dough would melt in the heat.   I knew that the bars were frozen for a few hours before they were cut and I figured I could always keep the bars in the refrigerator if they were melting too much out of it. 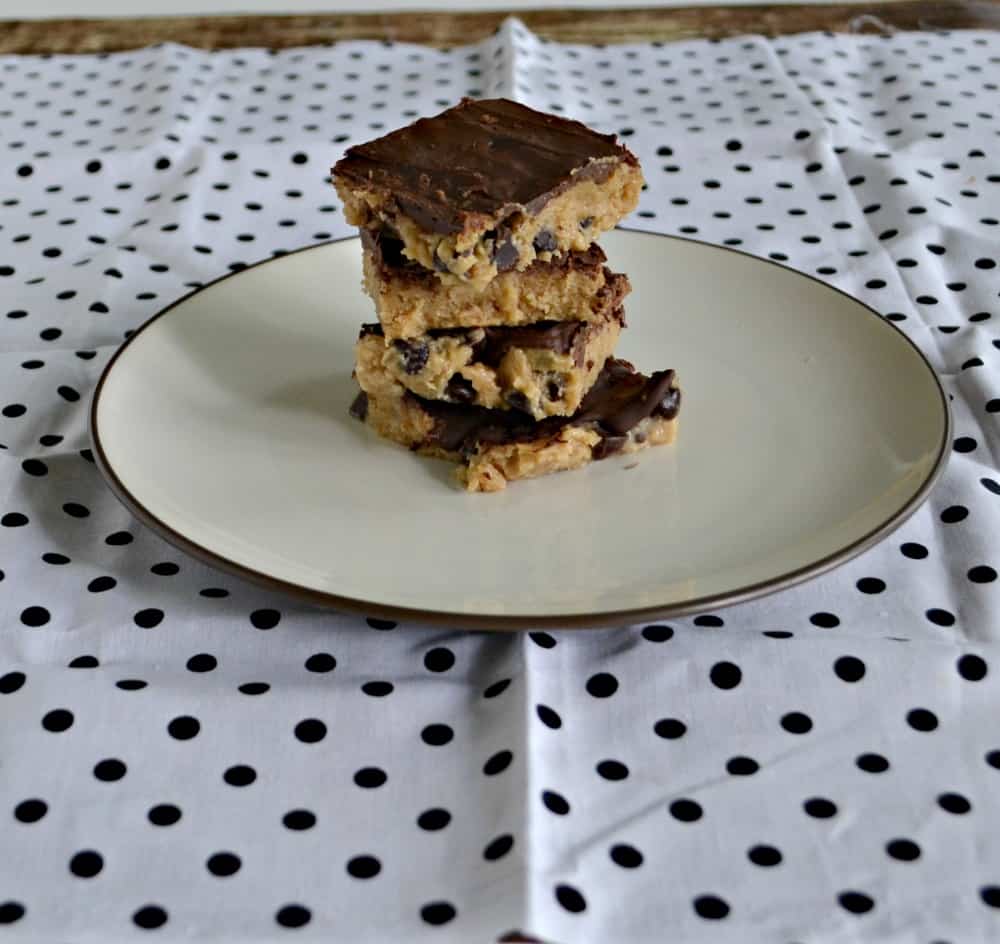 This recipe is easy.  All it takes is making a basic dough, refrigerating it, and then pouring chocolate over top of it.  Then the entire thing is refrigerated again until it's ready to be cut.   I had an easy time cutting the bars but like I thought, after about 20 minutes the cookie dough started melting.  I ended up putting them in the refrigerator and just pulling them out one at a time to eat.   They tasted just like chocolate covered cookie dough which was awesome.

For the chocolate topping:

Adapted from The Recipe Critic 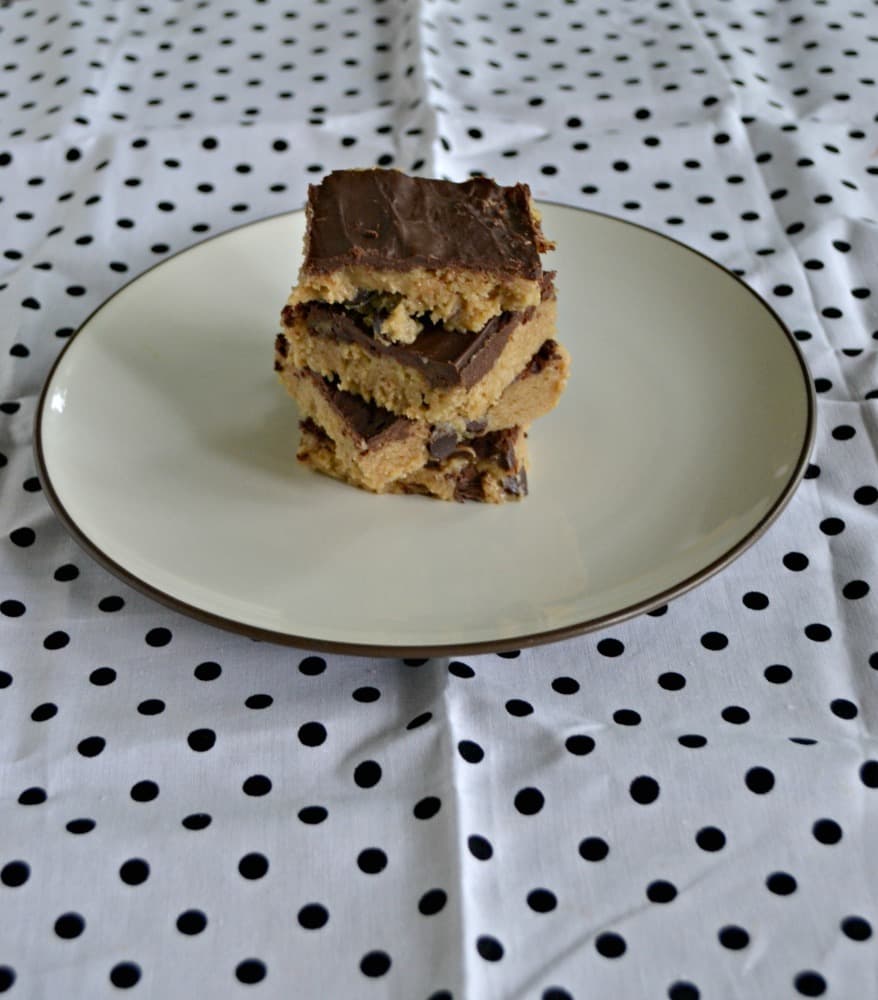