The woman everyone loves to hate is dead.

Dallas socialite Cynthia Langhorne is infamous for her beauty, her philanthropy, and her home wrecking--until she's found shot through the heart and posed nude at a fundraising ball. The case is high profile, and there's a bigger problem: Cindy is the wife of a decorated FBI special agent--the prime suspect in her murder. 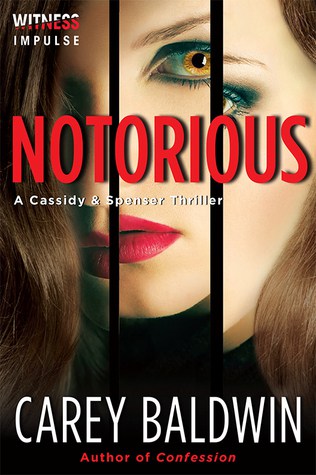 When the Bureau sends FBI profiler Atticus Spenser and forensic psychiatrist Dr. Caitlin Cassidy to Texas on behalf of Dutch Langhorne, the special agent-turned-suspect, they're suspicious of the very man whose interests they're supposed to protect. But with a psycho hitman on their heels and a trail of evidence leading up the food chain, it quickly becomes clear this is no ordinary case. The truth points to someone--or something--larger than Spenser and Cassidy ever thought possible. Solving this case is no longer a matter of clearing Dutch's name--it's a matter of national security. (-synopsis)

The book opens on a big party in Dallas.   Cindy is ready to take a new lover but wants her husband, FBI agent Dutch Langhorne, to stop her.   When he doesn't she goes upstairs to wait but when the door to the bedroom opens Cindy's life ends.

The cops are called in and they think Dutch is guilty.  They think he killed his wife in a jealous rage. Dutch calls in Spenser and Cassidy to be on his side.  The only problem is that he isn't defending himself.  He's in shock and he doesn't know who to trust.  In a moment of clarity (or stupidity) he runs and tries to find the killer himself.

Spenser and Cassidy follow him.  Cassidy believes he's innocent and Spenser wants to help clear his name because they are both FBI.   Little does Spenser know that Dutch has been keeping a secret that will rock his world forever.  The worst part is Cassidy finds out before Spenser and keeps the secret from him.  Plus there is the problem that someone tried to kill Spenser and Cassidy while they were sleeping.

Now the trio has to figure out who killed Cindy before he (or she) kills them all.   Who wanted Cindy dead and why?  Was it a jealous wife of one of the men she slept with?  Is it an enemy she made because of her social status?   Dutch doesn't know but he's determined to find out before it's too late.

I liked Spenser from the start of this book.  I actually read the first book in the series so I was familiar with the characters.   Spenser is a straight shooter.  He's fiercely loyal, takes his job seriously, and will protect the ones he loves.  I felt a little bad for him in this book because Cassidy betrays him and he learns a secret that makes his world crumble.  It takes him a lot to keep it together but he is able to and continues on the case.

Dutch was hard to like at first.   He seemed hard headed, married to his job, and was a bit of a jerk. However, the more I read about him the more I liked him.  I think he does care about those around him but his job is really his first priority.  He hasn't always had it easy and it shows in this novel.

I had mixed feelings about Cassidy.  On one hand she's smart, good at her job, and makes Spenser happy.  On the other hand she takes Dutch's side, keeps a secret from Spenser, and manages to screw things up.  I like her for the most part but I was a bit confused by her being loyal to Dutch when she barely knows him.

The dynamic of this trio was interesting to follow.  There were moments of love, hate, anger, and fear.   I could tell they all care about one another but they are also good at their jobs and want to catch the person who killed Cindy.  They come up with a great plan but it goes sideways because the killer has an even better plan.

This is a quick and easy read and is great for anyone who enjoys thrillers with a bit of romance thrown in.