Friday night is often pizza night at our house.   Sometimes I make my own dough, sometimes we have refrigerated dough, and other times I use a pre-made crust.   Most nights we have half cheese and peppers and the other half with pepperoni.   Every once in a while I end up making a gourmet pizza. 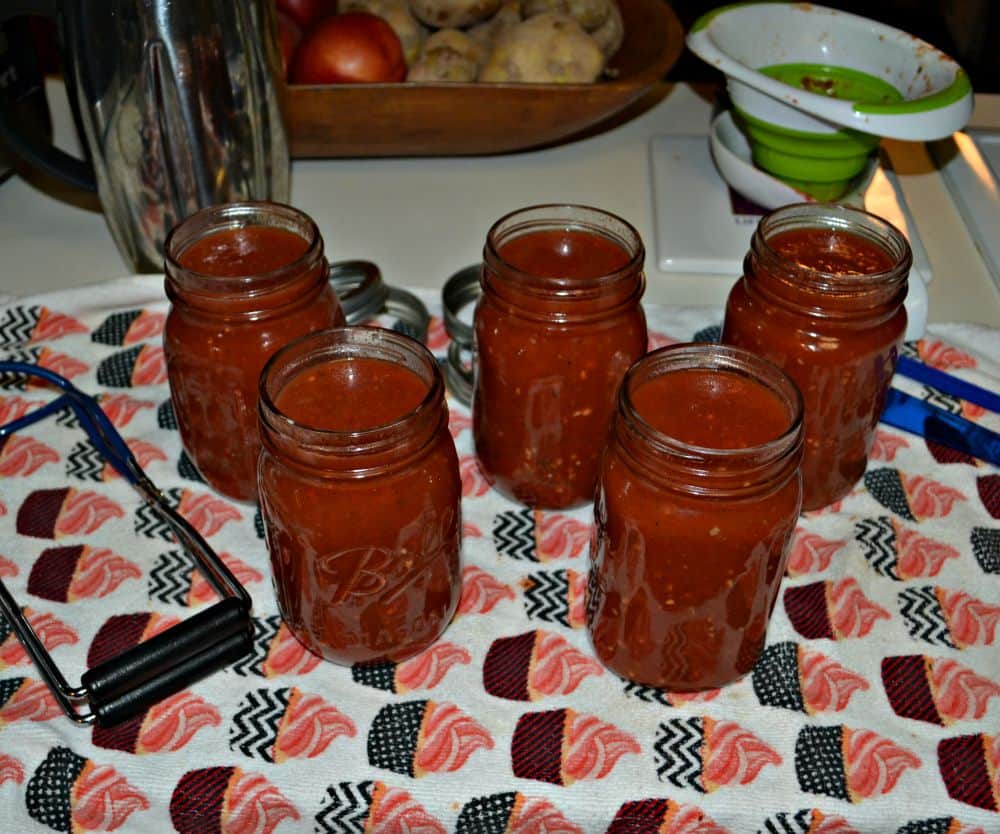 One thing that is often different is the sauce I use.   I don't have a favorite pizza sauce and I often use whatever jar of marinara or tomato sauce I have open in the refrigerator.   I've been wanting to make pizza sauce for a long time and I was finally able to do it this summer. 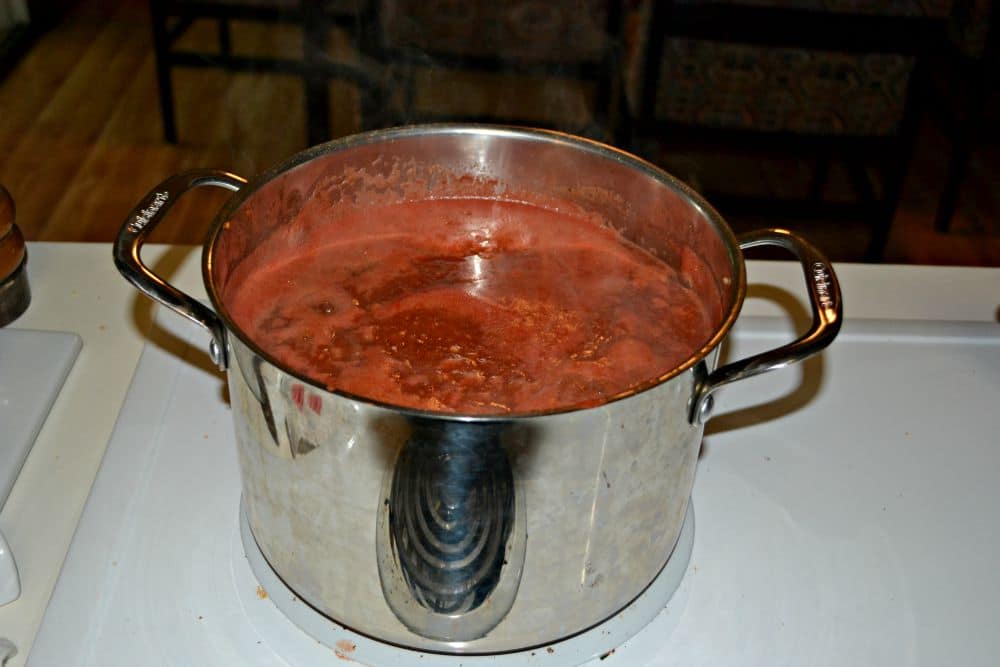 We received several pints of tomatoes at our CSA one week and I had a few cans on tomatoes in the cupboard as well.   I used both, along with some seasonings, and made a thick and tasty pizza sauce!

It was easy to can, though the processing time is a long 35 minutes.  Once it was processed I allowed it to cool for 24 hours and now it's resting in the basement with the rest of my canned fruits and vegetables.   I had some leftover and used it on a pizza last week.   I liked that the flavor was simple and not too overpowering. 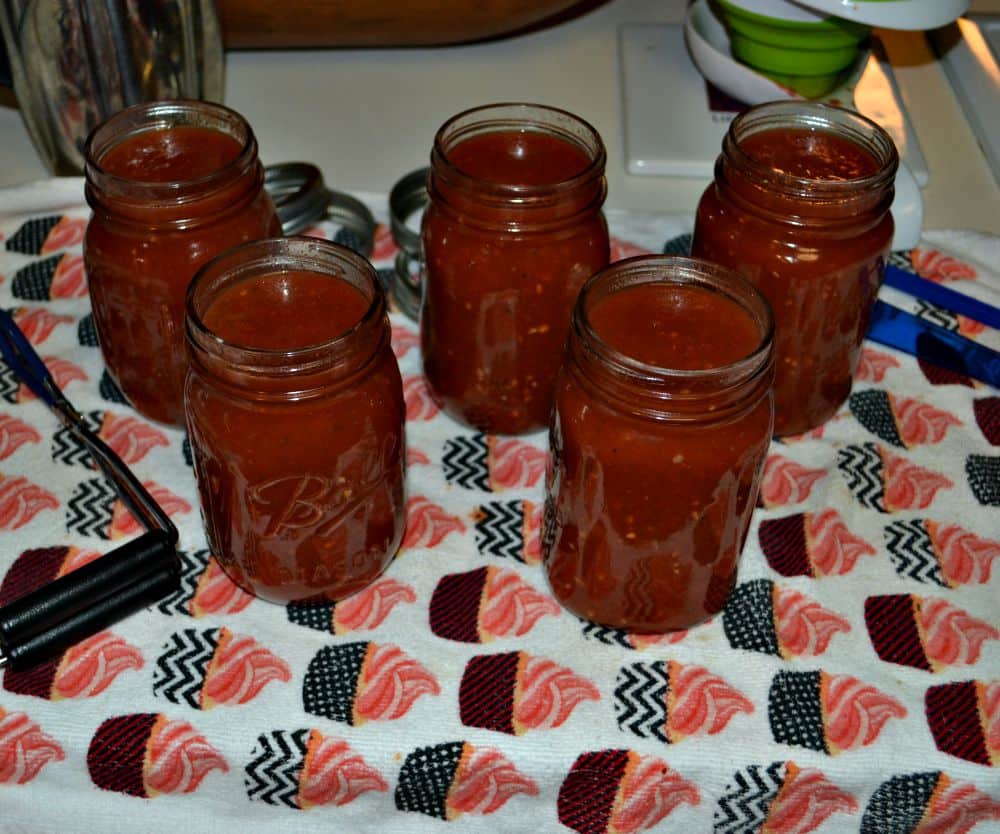