Oven roasted potatoes tossed with Greek spices then mixed with lemon marinated feta for a delicious take on Greek Potatoes.  This recipe was originally posted February 4, 2015. 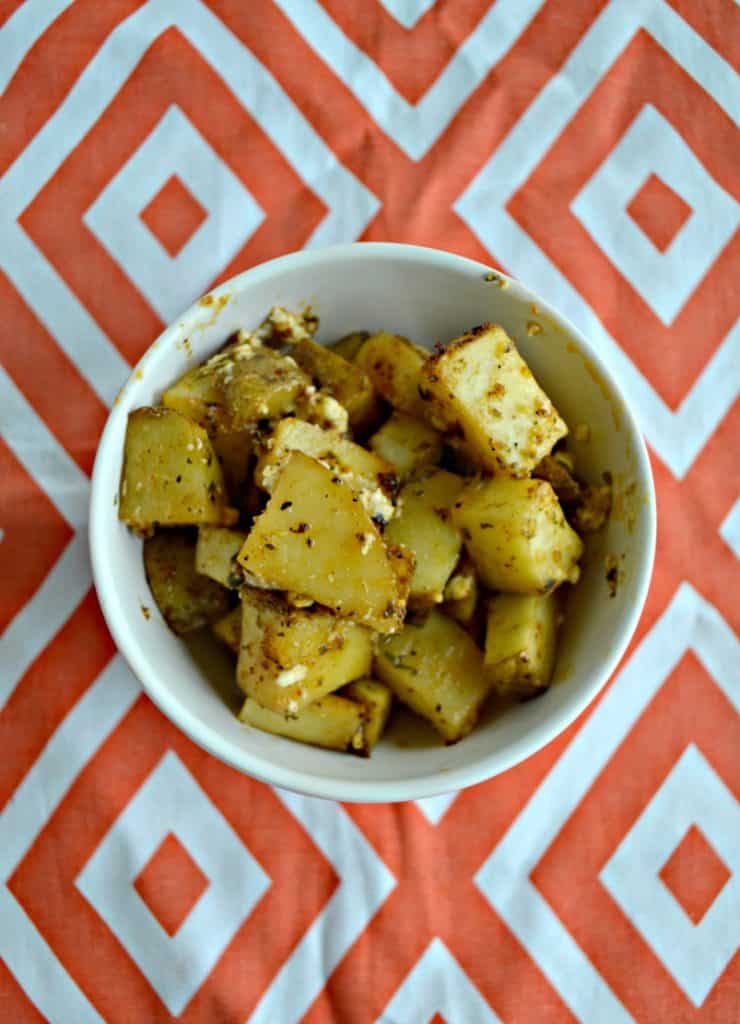 I love making and eating Greek food.  I like the herbs and spices used in Greek cooking and the flavors of the food.  My only problem is what to serve as a side dish.   I never know what to have with Greek Pizzas or Lamb Pitas.

Most of the time I just make couscous as a side but that gets boring after a while. When I came across a picture of these potatoes I thought they would be a nice, hearty side that would work well with the flavors.

One thing I really like about these potatoes is how easy they are to make.   They are simply oven roasted potatoes tossed with Greek seasonings until they come out of the oven. 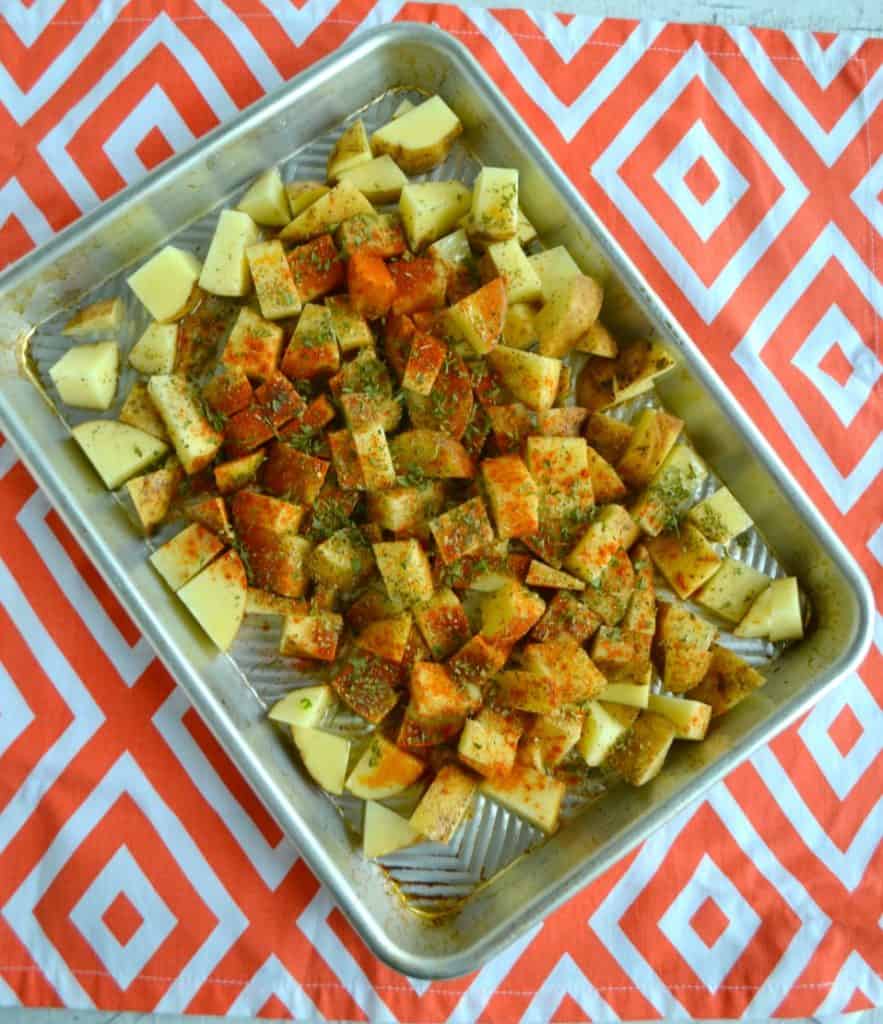 The potatoes are tossed with lemon marinated feta cheese that brightens up the whole dish.  The feta just slightly melts and sticks to the potatoes which makes for a ton of flavor.  These were a great addition to our Greek meal. 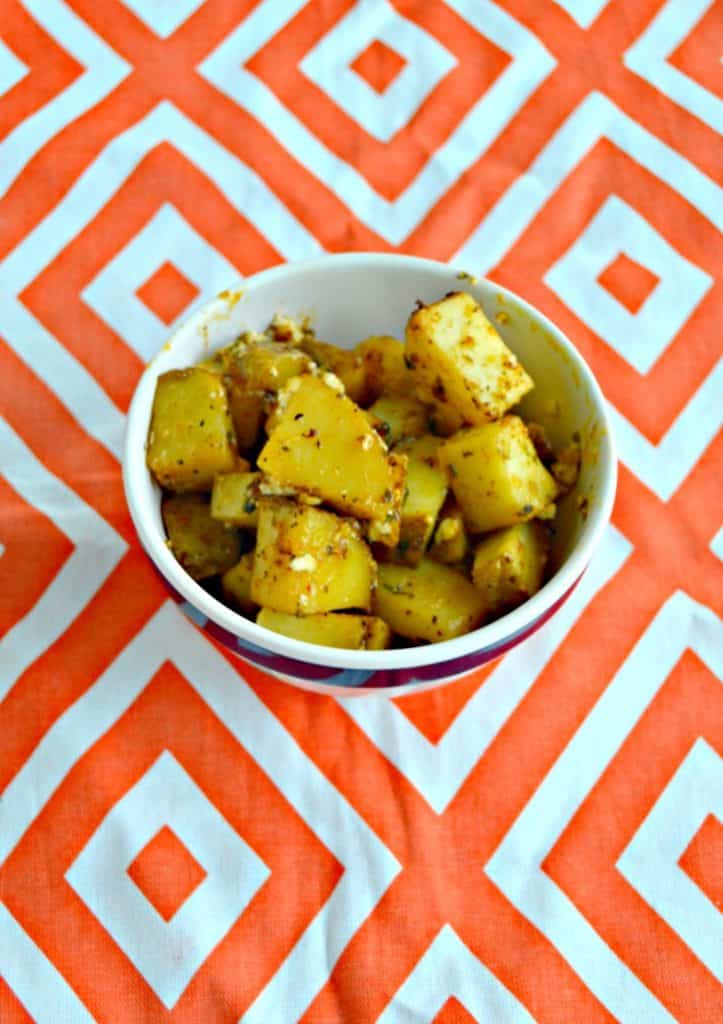