This year PEEPS in having a competition between the chicks and the bunnies.  I think this is a super fun promotion and I'd love to see which one everyone likes best.  I personally like the chicks best because that's what I grew up with.  So when I received both PEEPS chicks and bunnies I knew I was going to use the chicks. 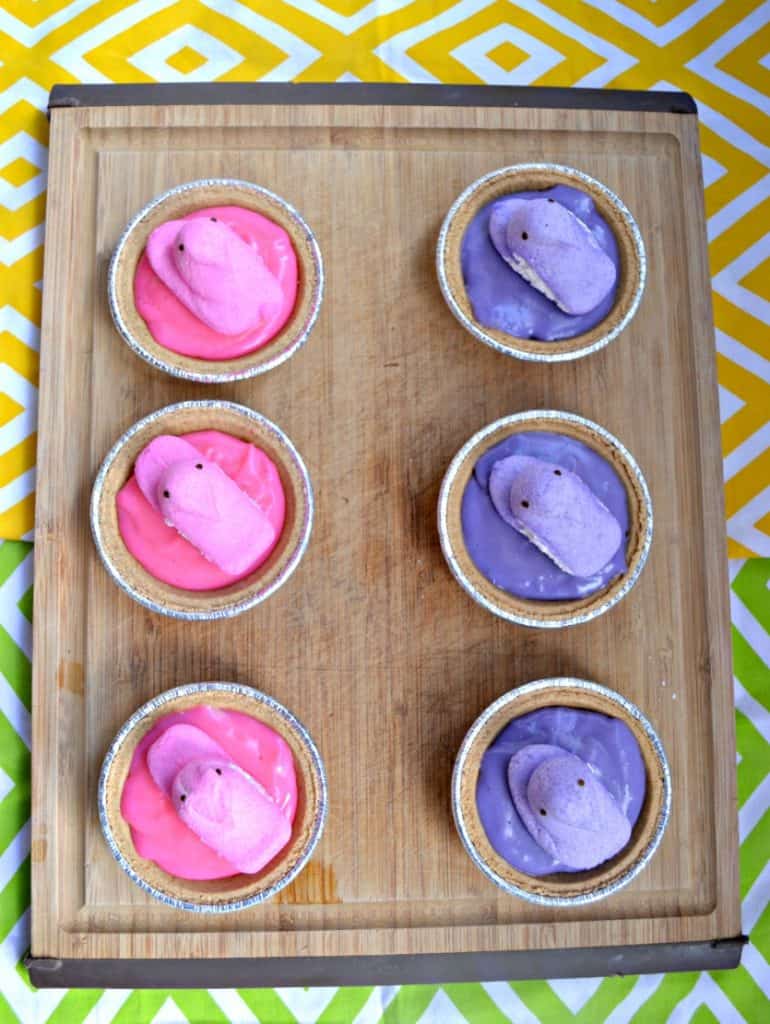 I had a hard time coming up with a recipe for the PEEPS because I have so many recipes on my blog using them.  Some of my favorites are PEEPS Nest Cupcakes, easy PEEPS pops, PEEPS S'mores, and Easter Bird's Nest Cake. While these are all super fun recipes in most cases the PEEPS become more of a decoration then part of the recipe.  I wanted to make something that incorporated them into the recipe and used them as decoration.

I came up with these Pastel PEEPS Mini Pudding Pies.  My first thought was to make pudding in different flavors to match the color of the PEEPS chicks.   After thinking this through I wasn't sure that was the best idea.  I finally decided on making a basic vanilla pudding recipe and then coloring the pudding.

In order to incorporate the PEEPS into the recipe I actually melted them in the microwave and whisked them into the pudding in order to give it marshmallow flavor and a bit of color.  I had no idea if this was going to work but I thought that the melted marshmallow would whisk into the hot pudding mixture making it a vanilla marshmallow pudding. 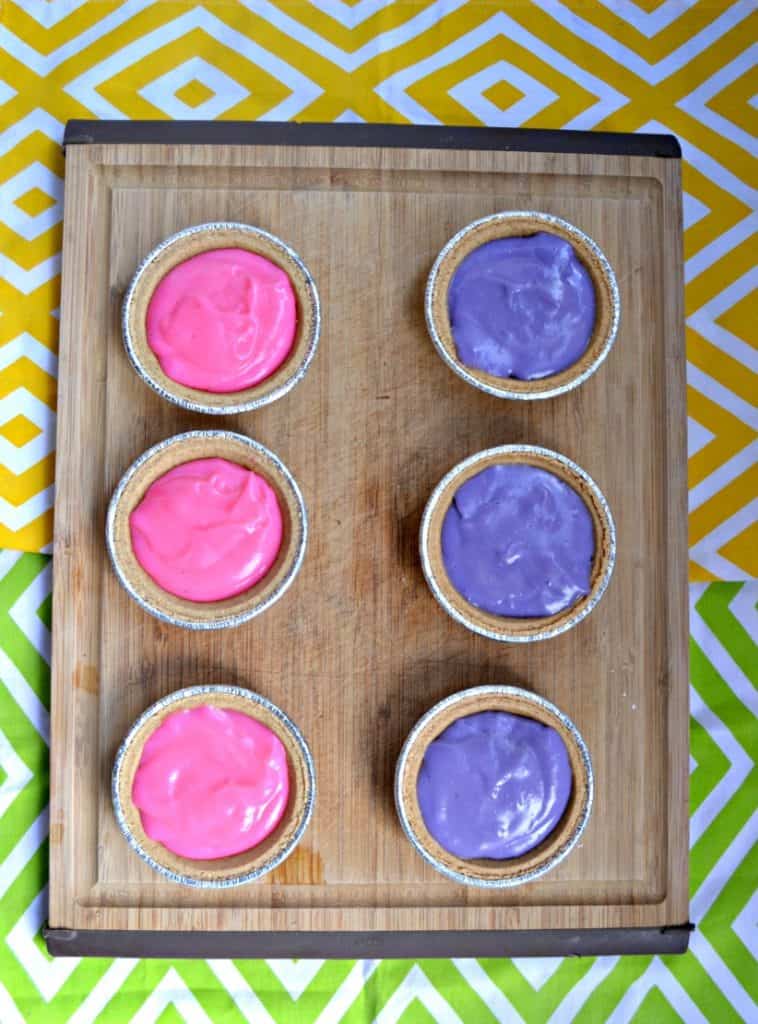 The other issue I knew I might have was the color of the pudding.   PEEPS have very distinct colors and sometimes regular food coloring makes for dull colors.   I happen to have Neon Purple and Electric Pink coloring in the cupboard and these matched the purple and pink chicks almost exactly!  I was super excited.

I poured the pudding into mini graham cracker crusts and then topped each with a PEEPS chick.   These Pastel PEEPS Mini Pudding Pies were adorable!   I knew that my kids at school would love them and they would be perfect to serve to kids and adults after Easter dinner.   Homemade pudding is actually very easy to make and can be made a day or two in advance. 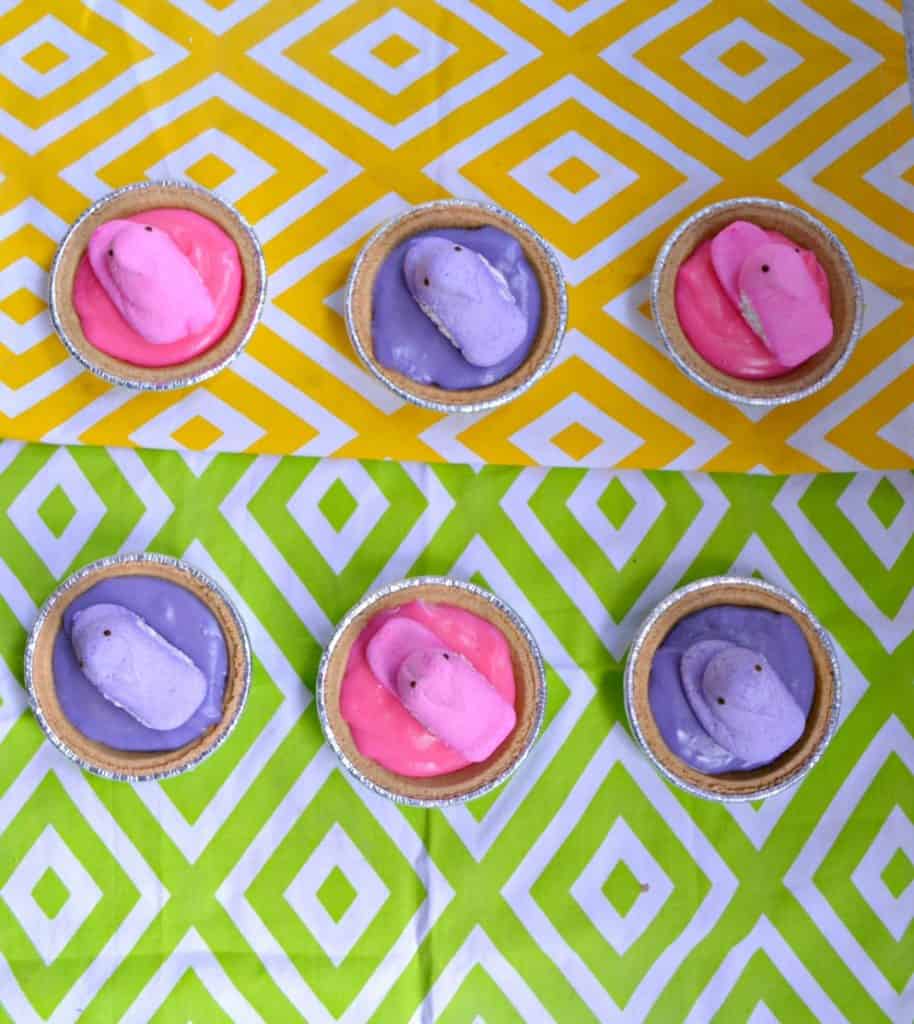