I have several friends that don't drink cow's milk so I'm no stranger to non-dairy milk and yogurt options.   I typically substitute almond milk or soy yogurt in recipes that I want to make vegan.  I've also used rice milk or coconut milk as needed.  I'll be the first to say I've never had oat milk or oat milk yogurt before but that has since changed. 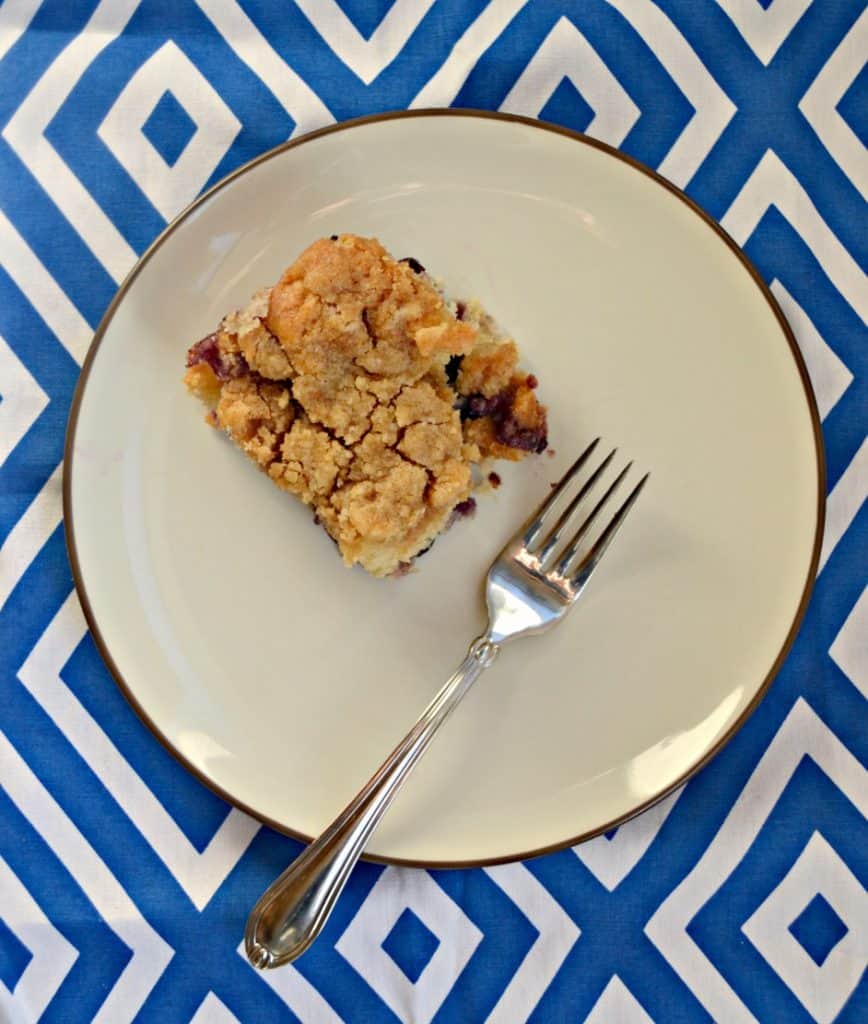 I recently tried Nancy's Probiotic Oatmilk Yogurt and was pleasantly surprised by the taste.   I found it to be a little bit tangier then classic yogurt and a little less sweet.  There were several different flavors I tried but I liked the vanilla the best.  The vanilla flavor really shown through and I knew it would be great to bake with.

Looking in the refrigerator I saw a pint of blueberries and immediately thought a blueberry vanilla coffee cake sounded amazing.  I was just going to make a regular coffee cake but while looking for my butter I found that I had several vegan buttery sticks.  Since my yogurt was vegan and nondairy I grabbed the vegan baking sticks and decided to make a vegan coffee cake!

I started baking while my husband was gone for the day.  My thought was that I would have him try it when he got home and see if he could tell it was vegan.  Here is the thing about vegan baking; I find that it's almost as good as the original.  I've made a lot of gluten free baked goods and a lot of vegan baked goods and I'll take a vegan baked good any day of the week because they just taste better.

I whipped up a basic coffee cake with vegan ingredients and then put a crumble on top.  As it baked in the oven it smelled amazing.  Once I pulled it out off the oven I couldn't wait to try it so I cut myself a piece.  Unfortunately it was still to warm and it crumbled everywhere.  Crumbled or not I took a bite and was so psyched by how it tasted.  The coffee cake wasn't dry at all.  The crumble on top was sweet and delicious.  The blueberries burst in my mouth and added flavor to the vanilla yogurt in the cake. 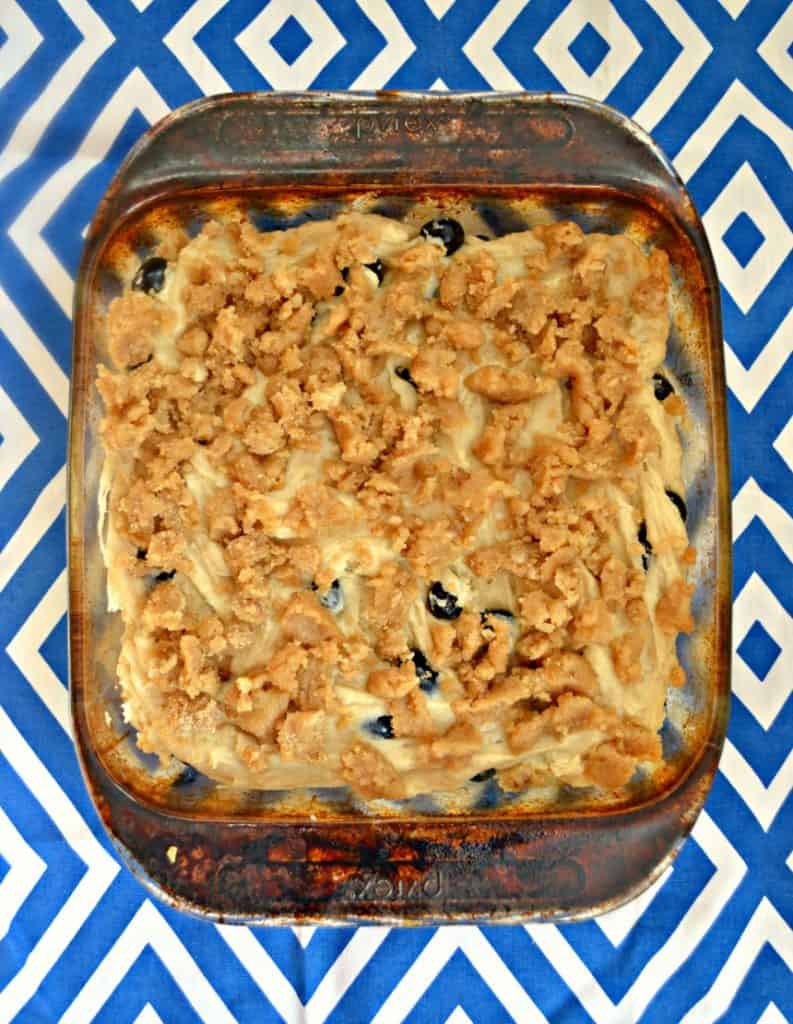 When my husband got home I gave him a slice and asked what he thought.  He told me it was really good but then asked if there was something different about it.  I admitted that it was vegan and he just nodded his head and said it was really good.  I gave some to J to try and he ate it up and signed that he wanted more so I'm calling this one a hit! 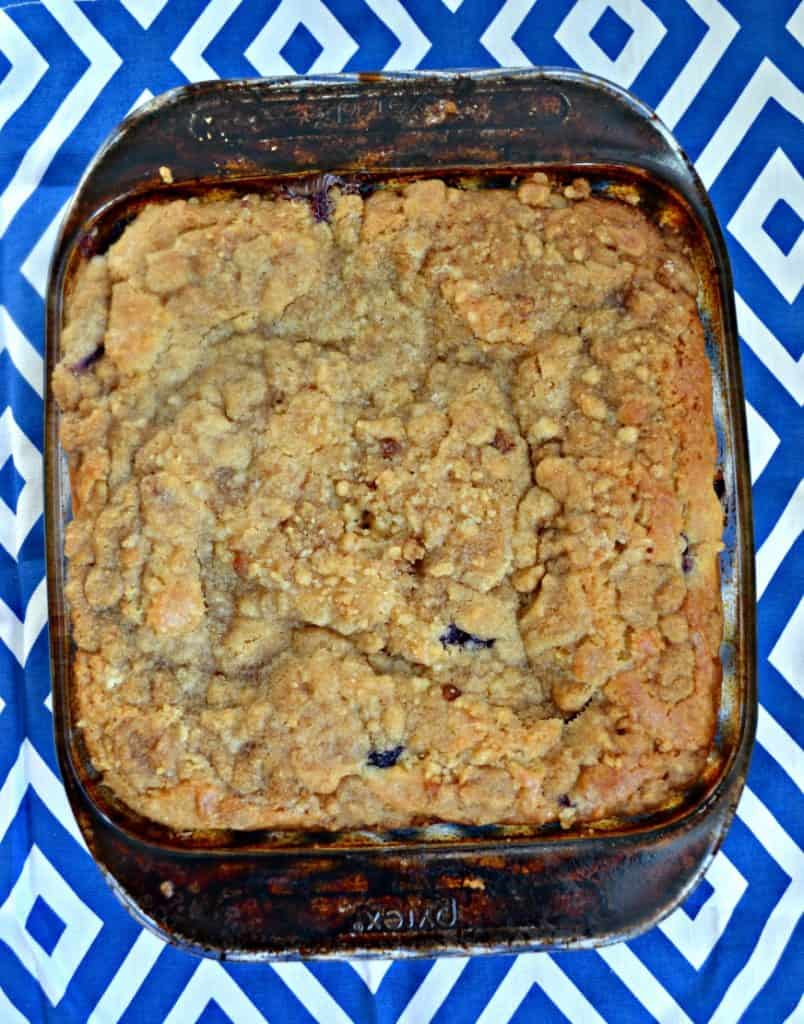 So if you are hosting a brunch and need a delicious vegan breakfast item this one is perfect.  I'd also make this one just as an everyday coffee cake because of how tasty it is! 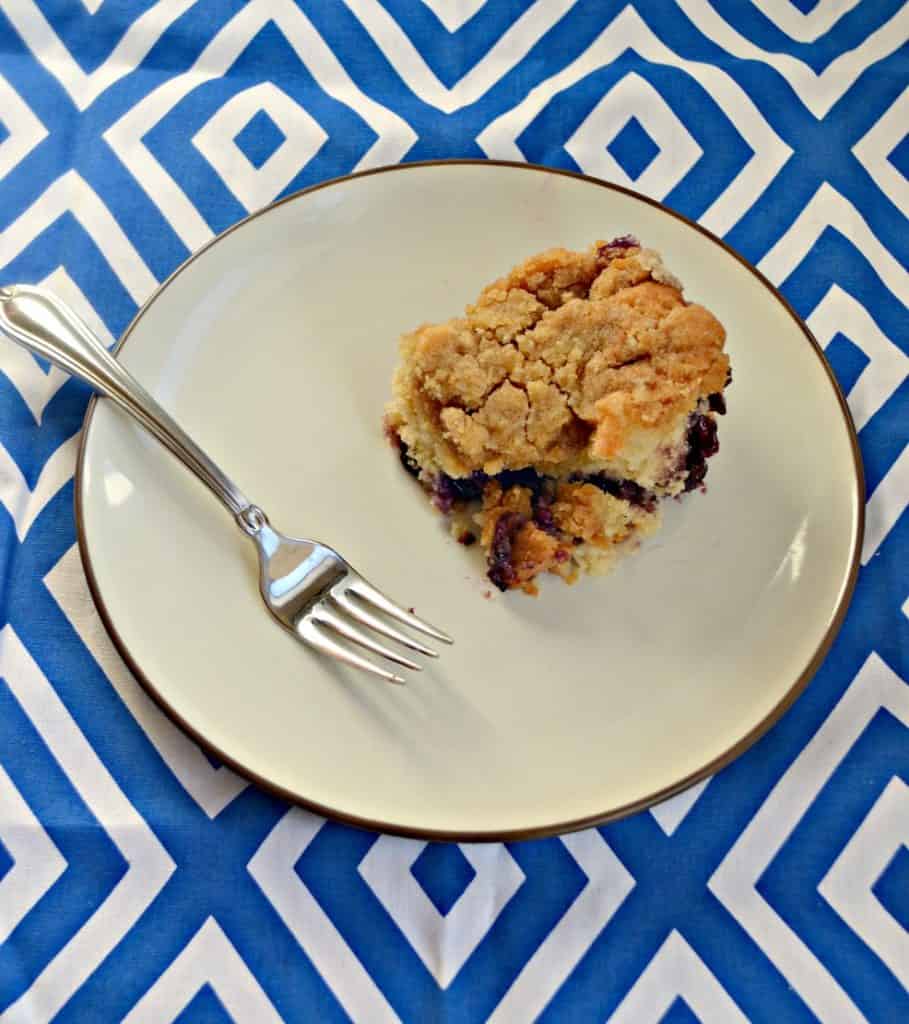