I'm not a huge donut person but when I do eat them I like baked donuts and I like them with fruit in them.  I usually make a quick donut batter and pop it in my donut pan.  I love my donut pan because it makes baking donuts a snap. 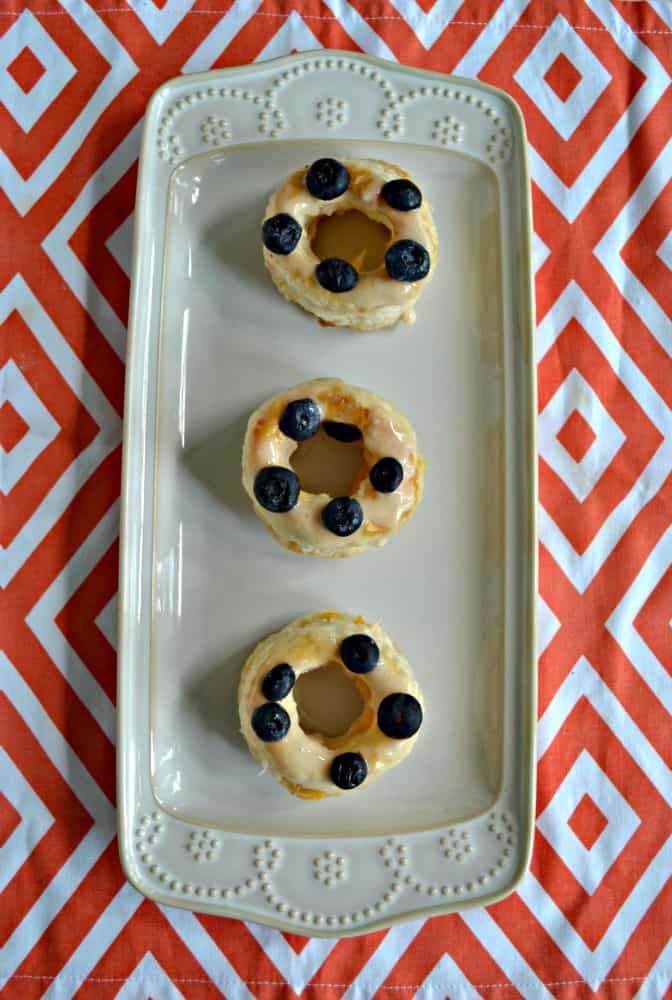 However, sometimes it's just not convenient to whip up donut batter or I don't have the ingredients or I just want something different.  These Peach Puff Pastry Donuts are a great alternative to traditional baked donuts.  They are light, flaky, and totally delicious.

I will say these donuts aren't as easy to make as traditional baked donuts because they have a filling and a glaze and both of those take time.  I think both of those elements simply add to the flavor of the donuts and make them even better.  Plus, who doesn't like peaches?

To make these donuts I needed to find two circular cookie cutters so I could cut out the donut shape.   Just make sure you have a large circle and a small circle.  I actually used a mini flower cutter for the center because it was all I could find and it worked just fine. 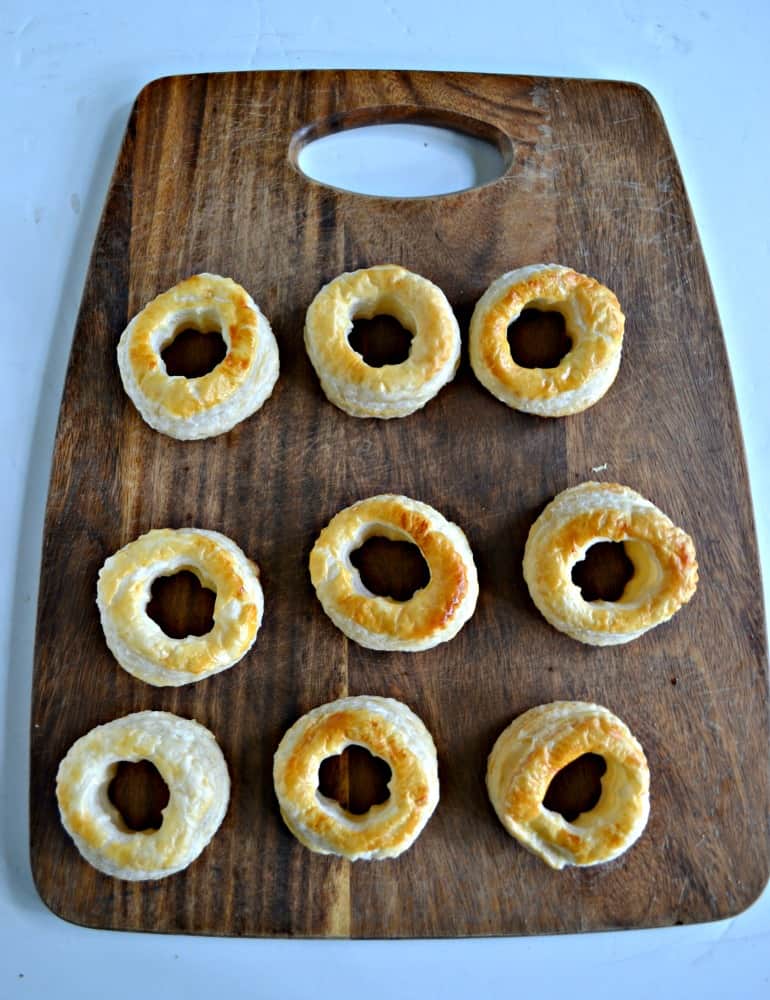 After the donuts are baked I use the donuts in half and put the peach filling inside of each one.  The original directions said to cut the donuts into 3 pieces but I found cutting them in half was easier and it still tasted good.  Then once they are filled you can drizzle them with the glaze. 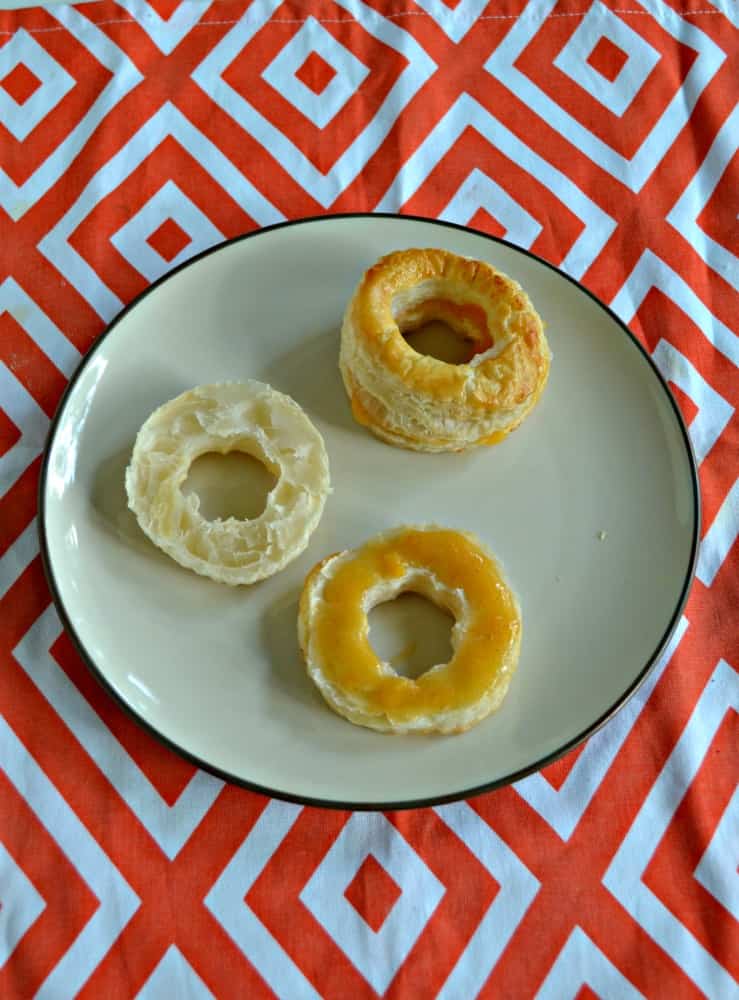 The resulting donuts are actually closer to a cronut because it's a flaky pastry donut stuffed with fresh peaches and topped off with a sweet glaze.   These are great for anyone who likes fruit filled donuts.  They are perfect for breakfast or even dessert! 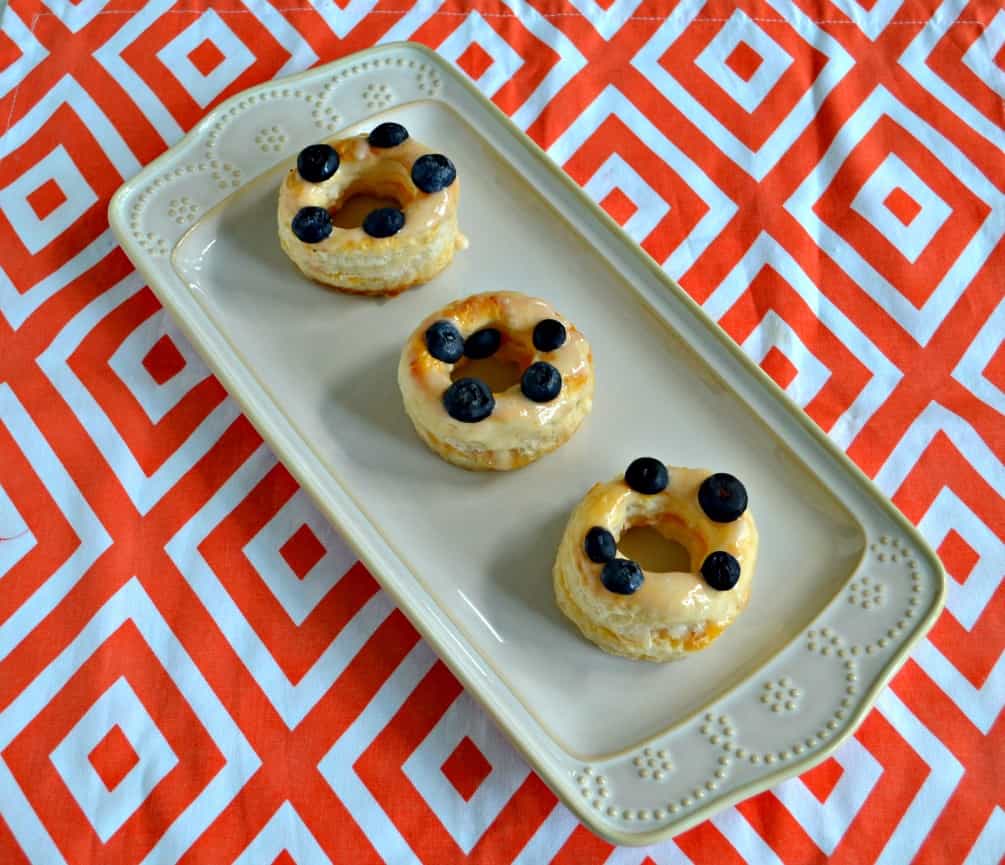