Pears were never one of my favorite fruits.  I thought they were boring and didn't have much flavor.  Turns out that's because I only ever had the plain green pears.  Years later I began eating different variety of pears and started to enjoy them more then ever.  I finally made a pear butter that was out of this world and I've been hooked on pears ever since.

Since pears are usually considered a fall to winter fruit, I thought this would be the perfect time to share some sweet and savory pear recipes from some seriously talented food bloggers! 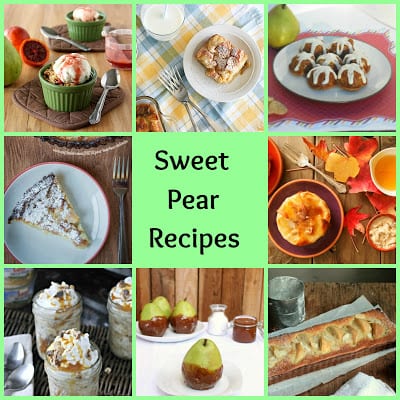 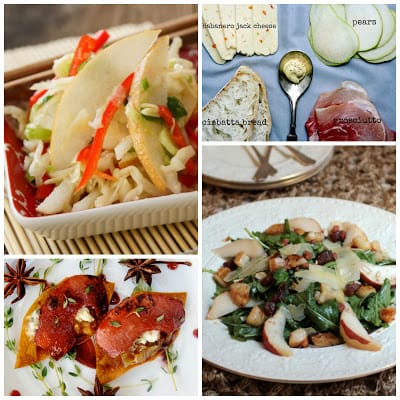