When I think of fall I always think of pumpkin.   There are so many delicious recipes using pumpkin but I'm sure the most famous is the Pumpkin Pie.   It's something that most people have at least once during the holiday season and I think it's most common to serve on Thanksgiving. 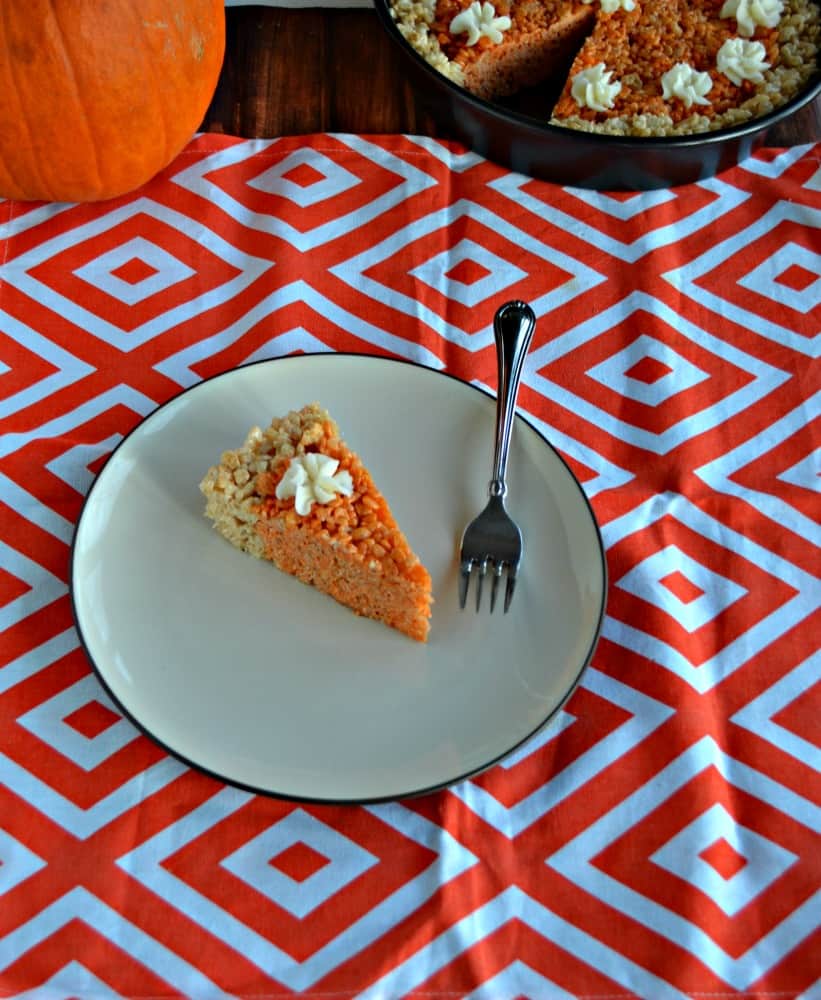 So since it's time for my behavioral reward at school and the theme is Thanksgiving I wanted to take in a pumpkin pie.  In years past the pie has either been a huge hit or the students refuse to eat it.  This year I decided to make a pumpkin pie but with a twist.   This year I actually made the pumpkin pie out of Rice Krispies! 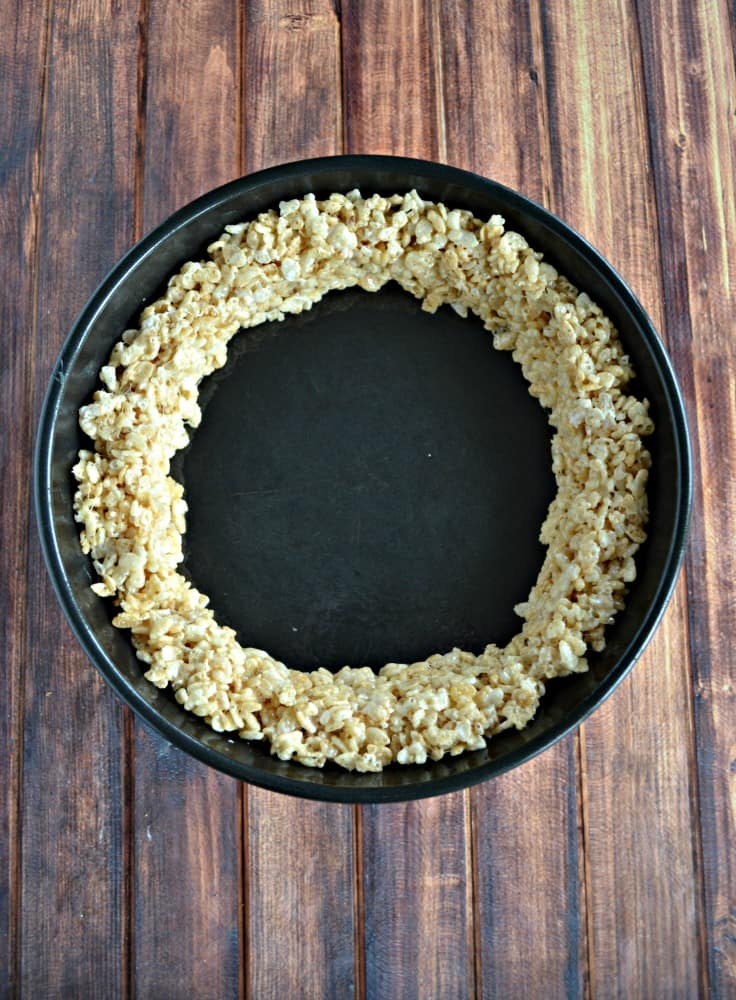 It's super easy to make two batches of Rice Krispies treats for this recipe.   The first batch is a regular batch that is shaped into a crust around the outside of a pie pan.  The second batch is dyed with orange food coloring and is spiced with pumpkin pie spice.  There is no actual pumpkin in the "pie" but the spices fool people into thinking there is pumpkin in it. 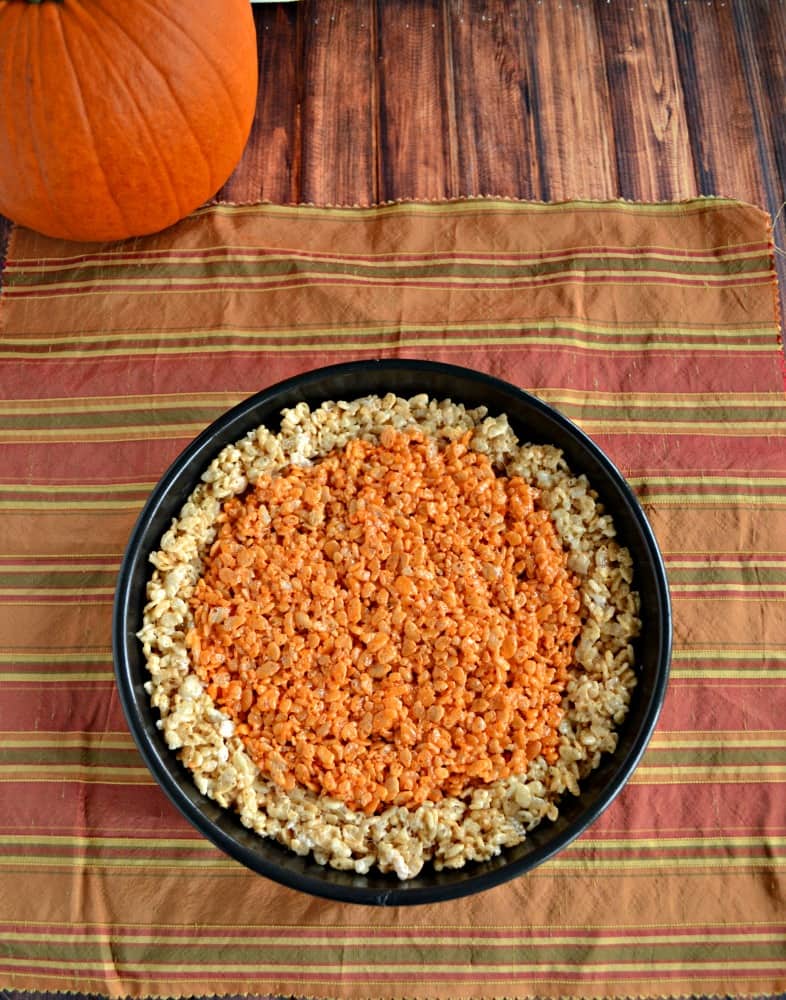 I actually made one a few weeks ago and took it in to see how the teachers liked it.  It was a huge hit and the teachers kept asking if there was pumpkin in it.  I confided that it was simply the spices making it seem like there was pumpkin in it.  The last thing I put on top was a dollop of buttercream frosting that looked like whipped cream.   It is such a cute (and super easy!) holiday dessert recipe. 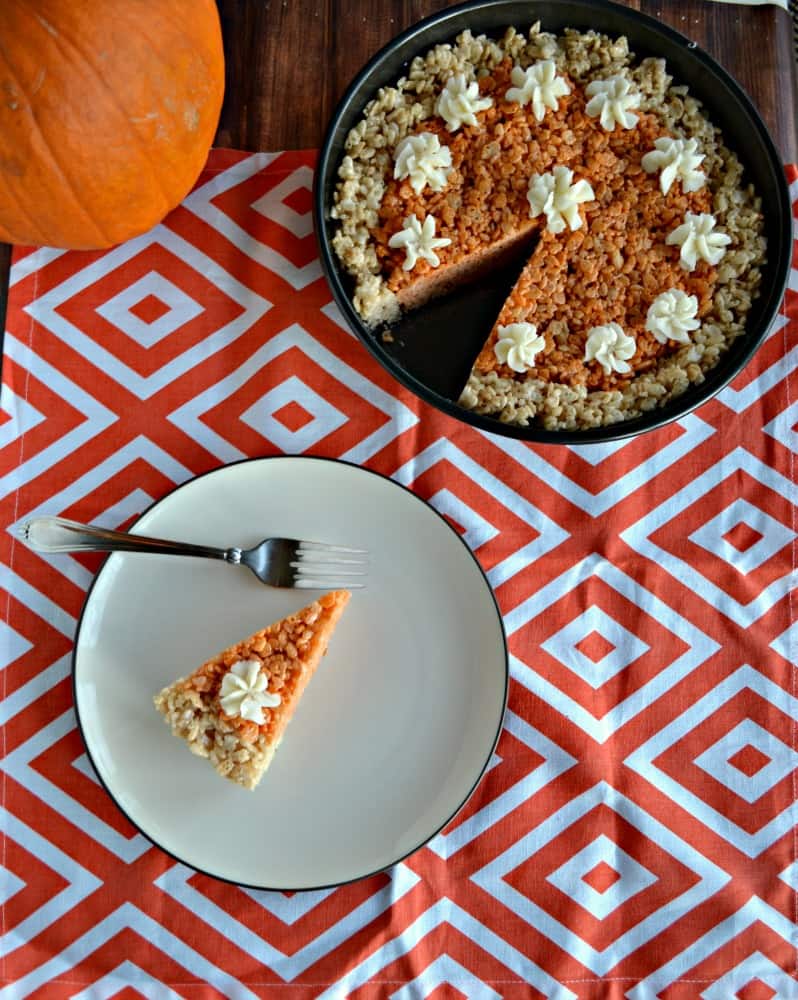 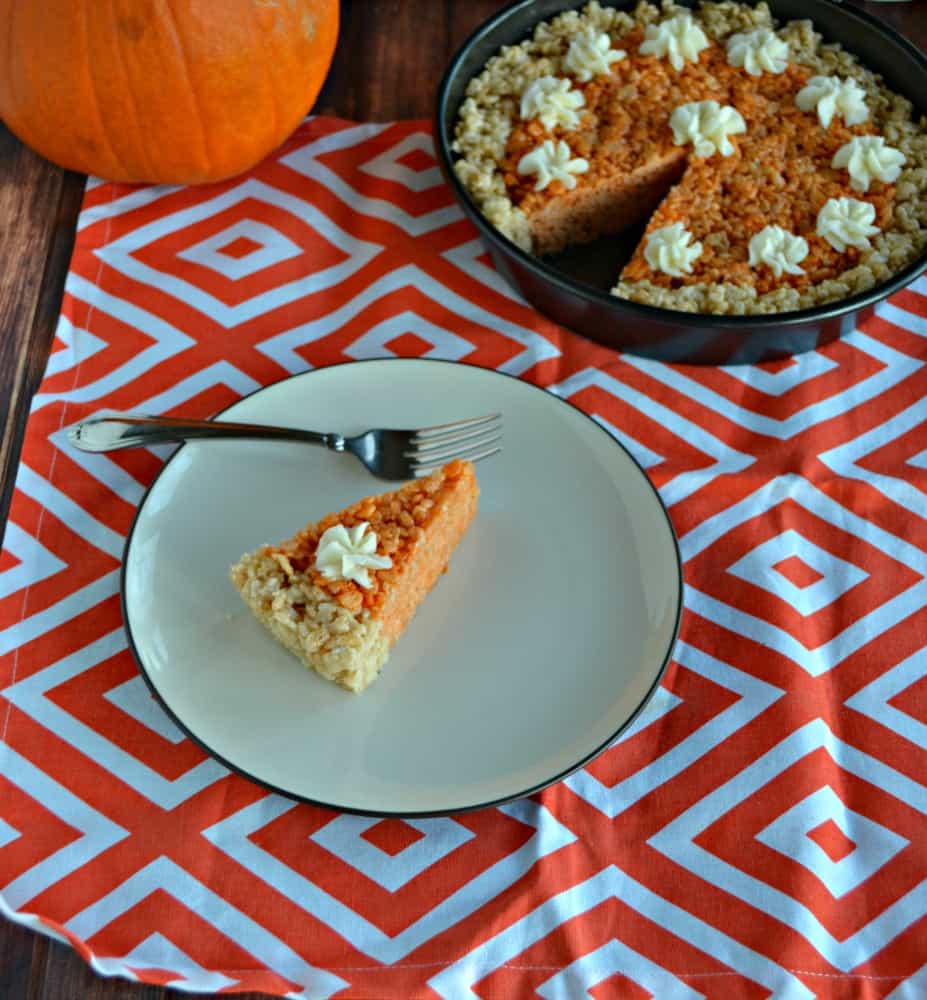