I love everything about homemade bread.   The smell in my kitchen as it rises, the aroma in the house as it bakes, and the warm, soft bread when it comes out of the oven.  My husband bakes bread every once in a while but generally if we are having something other then a loaf of bread I make it. 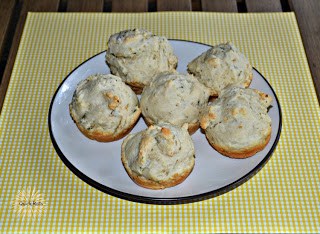 Yesterday we had soup for dinner and I wanted to make rolls to go along with it.  Unfortunately I forgot to get them started and as I put the soup on the stove I realized I hadn't made the dough.  I quickly looked around for a recipe that didn't require yeast and had good reviews.  I've made several quick rolls before but they mostly come out hard or really dense.  I wanted something soft and fluffy.

After looking around I found several recipes that sounded good but I didn't quite like any of them enough to make.  So using what I saw in the recipes and also knowing what I like whenever I make bread and rolls, I decided to wing it.  Scary right?  Who in their right mind wings bread? 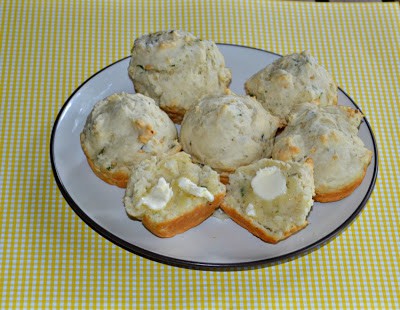 I made a basic dough using self-rising flour in hopes that my rolls would rise and get fluffy.  I added in fresh herbs that I got from my CSA as well as some fresh garlic.  Most recipes I found had mayonnaise in them which I'm not crazy about but I was afraid to leave out completely for the moisture factor.  So I used a little mayo and a little more butter.

The rolls ended up turning out pretty good!  They weren't as fluffy as yeasted rolls but for a roll that takes less then 30 minutes I thought they were delicious!  This is a great way to use self-rising flour because the rolls dig rise in the oven without having to have a period of time to double before putting them in.  The rolls were perfect with our hearty vegetable soup and I'd definitely make them again.

2.  In a medium bowl mix together the flour and the milk.  Stir in the mayonnaise, butter, herbs, and garlic cloves.

4.  Bake for 15 minutes or until the rolls are puffy and golden brown.  Remove from the oven, allow to cool for 2 minutes, then remove from the pan. 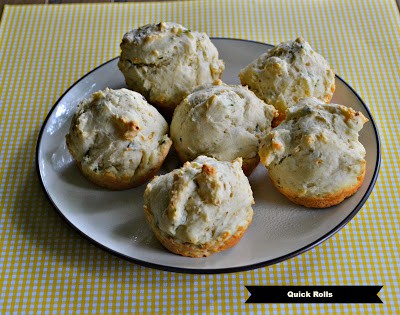