35 shares
Jump to Recipe
Sausage and Mushrooms mixed with a combination of cornbread and white bread make for a delicious stuffing that works well with turkey or as a side dish on its own. This recipe was originally published May 2012. 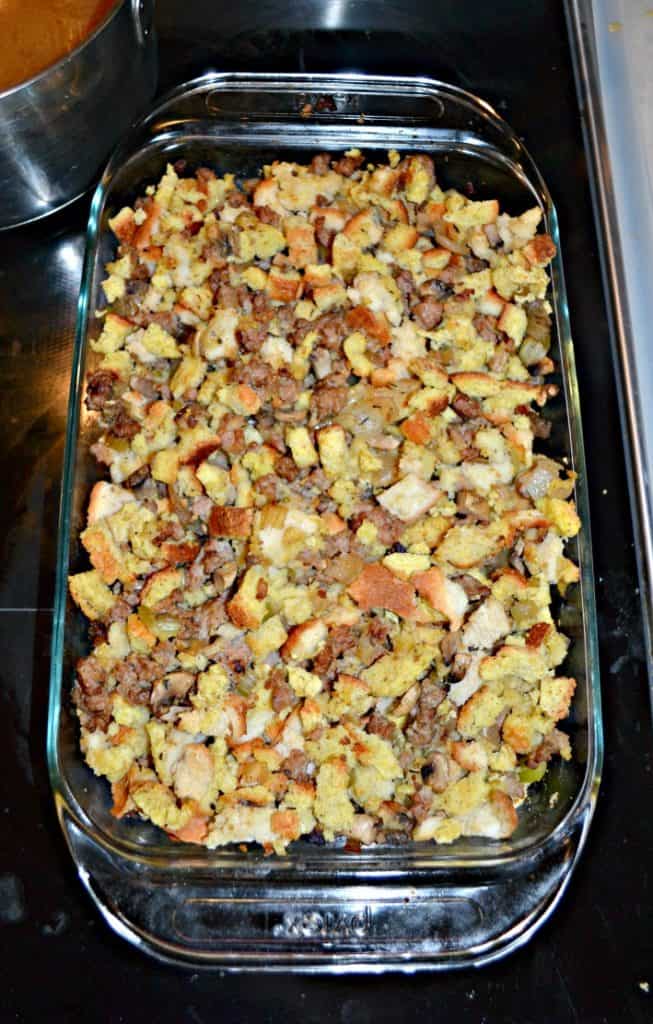 Normally I go to my brothers house on Thanksgiving but 2020 was different.  This was the first year I stayed at home with my little family and we had our own Thanksgiving.   Just because there were only three of us didn't mean that I didn't want us to have a feast so I chose to make all of my favorite Thanksgiving dishes.
I had a hard time deciding which stuffing recipe to make because I have so many of them on the blog.   Usually I'm just making it as a side dish but this time it was starring with the turkey.  Normally my mom makes the Thanksgiving stuffing and she makes a good one but I wanted to make one with meat. 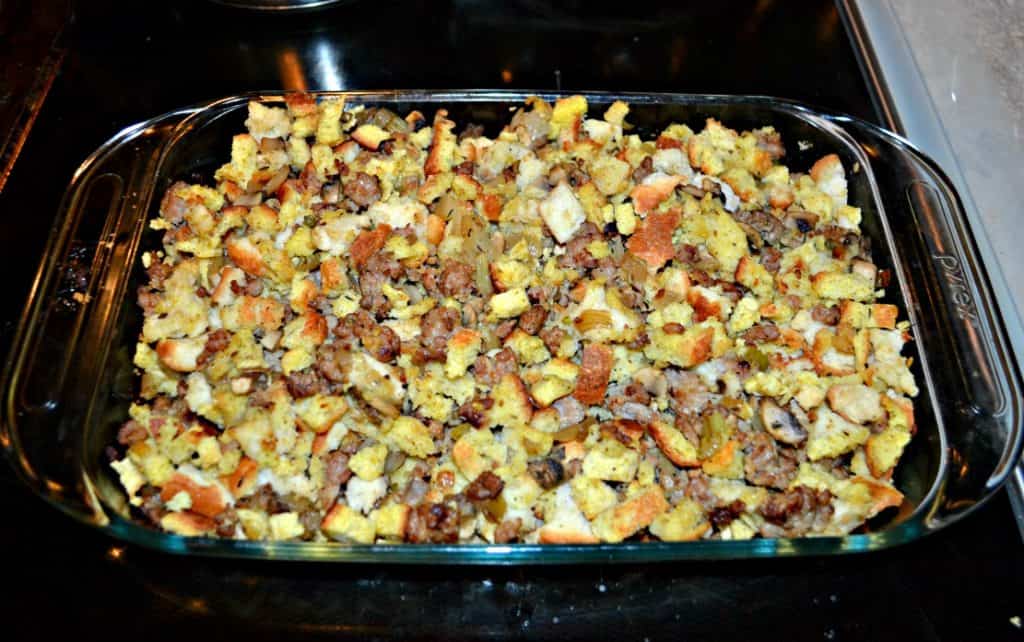 Sausage and mushroom Stuffing is one of my favorites because while it has all of the elements of a traditional stuffing it adds in the sausage which has a ton of flavor and mushrooms which add an earthiness.  I ordered bread cubes in my grocery order for the week so that I could make the stuffing and they, of course, were out of them.
My husband went out looking for stuffing cubes the next day but the only kind he could find were cornbread.   I had him buy the cornbread cubes knowing that I had a loaf of white bread in the pantry and I could make it with half and half.  While bread cubes are the easy way to go you can certainly use stale bread or dry your bread out in the oven.
To make this recipe you will need:

I started by drying out my bread in the oven.  I just ripped it into small pieces and toasted it at a low temperature until it was dried.  Then I cooked the sausage and the vegetables in a skillet.  I did all of this the day before but you can certainly do it all the day you are making the stuffing. 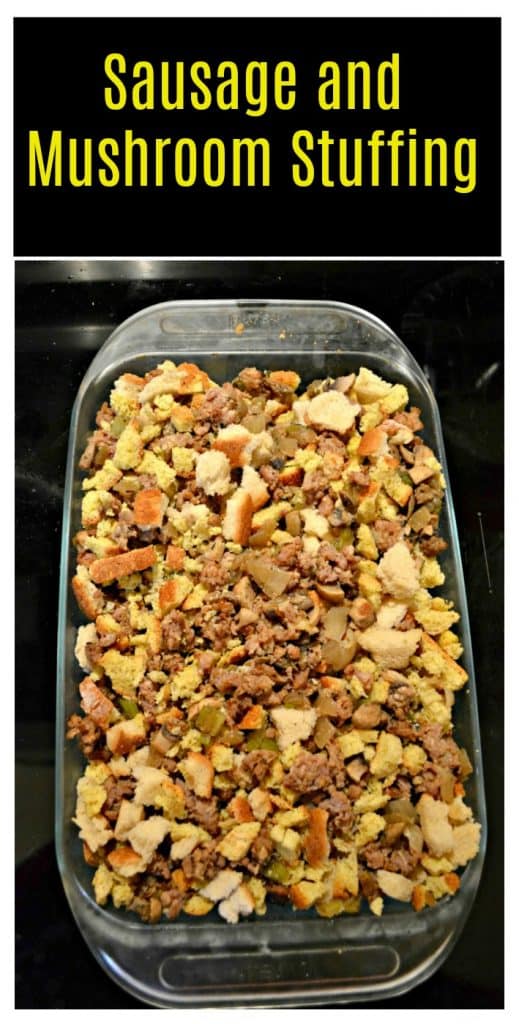 The next day all I had to do was mix everything together and add in the chicken broth.  The broth holds it all together while it cooks in the oven.  The stuffing smelled delicious as it cooked.  It turned out crunchy on the top but was soft in the middle.

The stuffing had a lot of flavor from the sausage and mushrooms.  The spices were mild but really shined through.  I wasn't sure if I was going to like this as much as I remembered but I totally did.  It was perfect with my Brined, Braised, and Roasted Turkey Breast and homemade gravy.