During the school year I like to eat quick and easy items for breakfast.  I often eat 2 pieces of toast in the school cafeteria or I grab a yogurt with homemade granola from home.  I don't make much of a production because I don't have a lot of time.   However, summertime is different because I don't have to rush around in the morning.  I still don't like a big breakfast but I have time to make something a little more substantial. 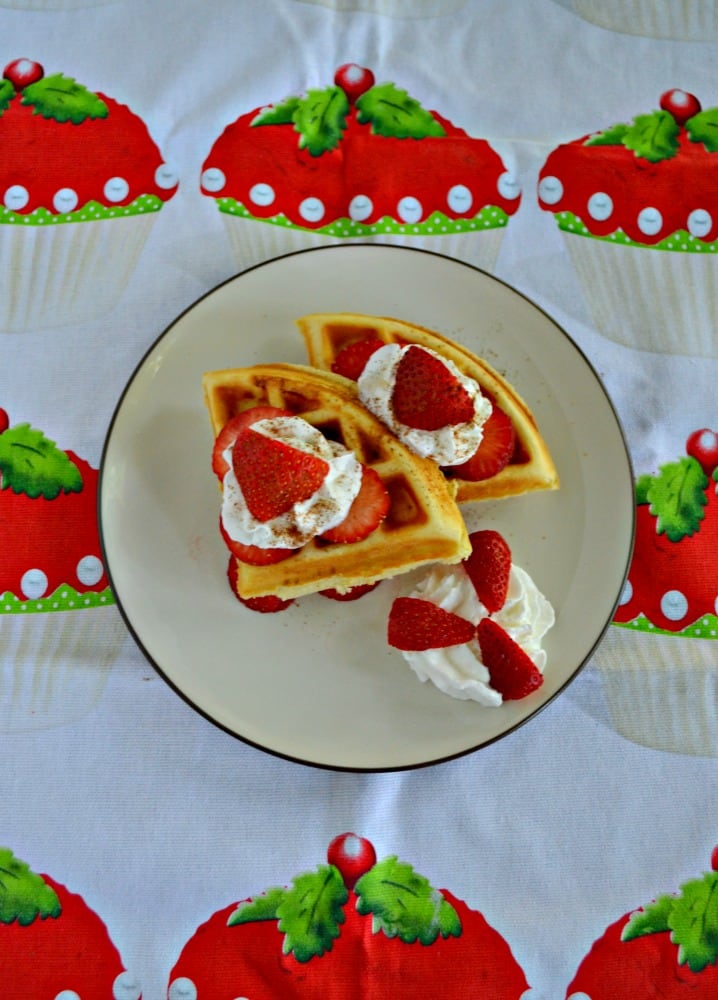 So when I found out that today's Sunday Supper theme was waffles I thought I could whip something up.   Then I remembered that I didn't have a waffle iron any more.   When we moved 3 years ago I pitched my old waffle maker because it was looking pretty gross, we rarely made waffles, and I paid $5.00 for it.  So I didn't feel too bad about throwing it away. 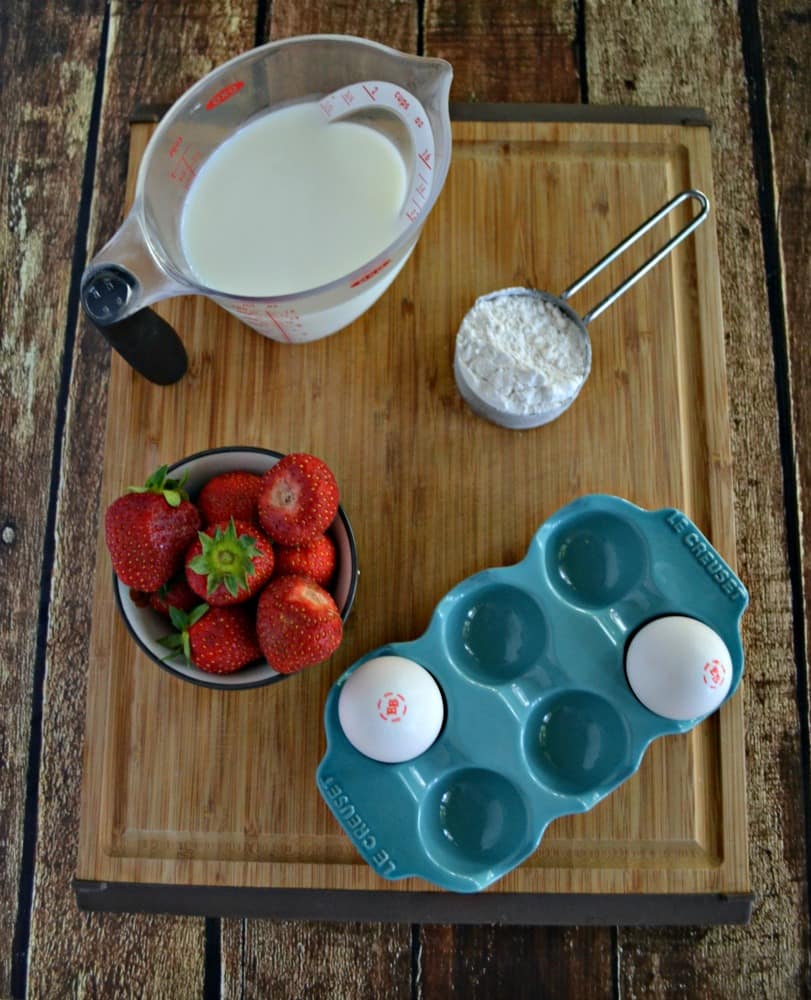 I still wanted to participate though but I didn't want to buy another waffle iron as I just cleaned out the pantry and my kitchen cupboards.  So I asked my friend Adrienne if she had one and if so could I borrow it.  With 4 children I figured she had to have one and I was right.  She brought it to me so I could make some tasty waffles for this week. 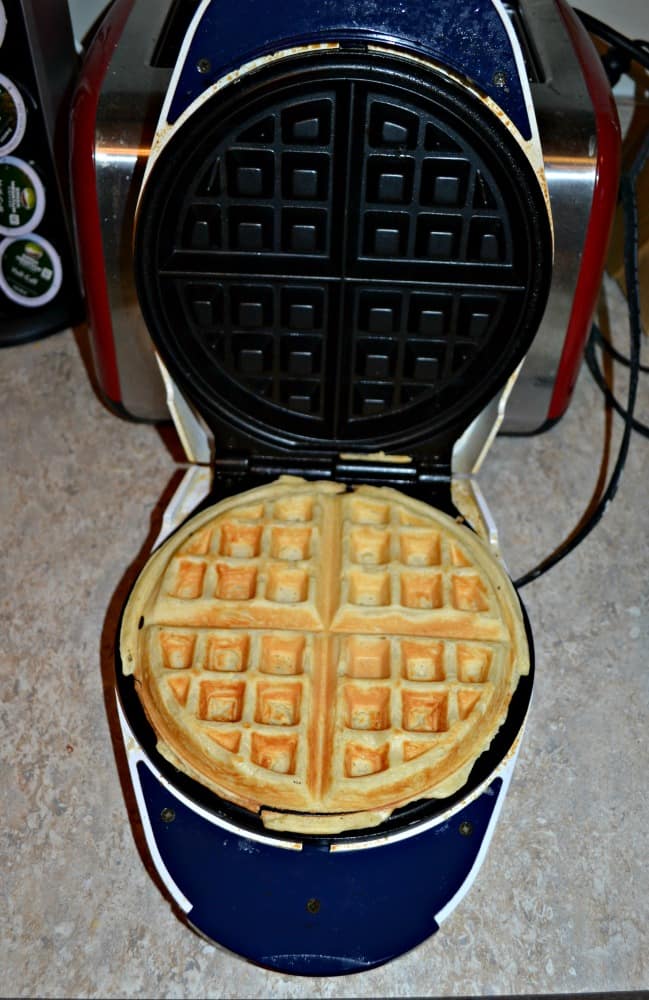 Since I still had 3 pounds left of the 5 pounds of strawberries I picked a week or so ago I immediately went with a strawberry waffle.  I whipped up a strawberry batter but I did not like the way it turned out.  On the second try I whipped up vanilla waffles then topped them with fresh strawberries.  This was a much better attempt.   They looked a little like strawberry shortcake so that's what I went for. 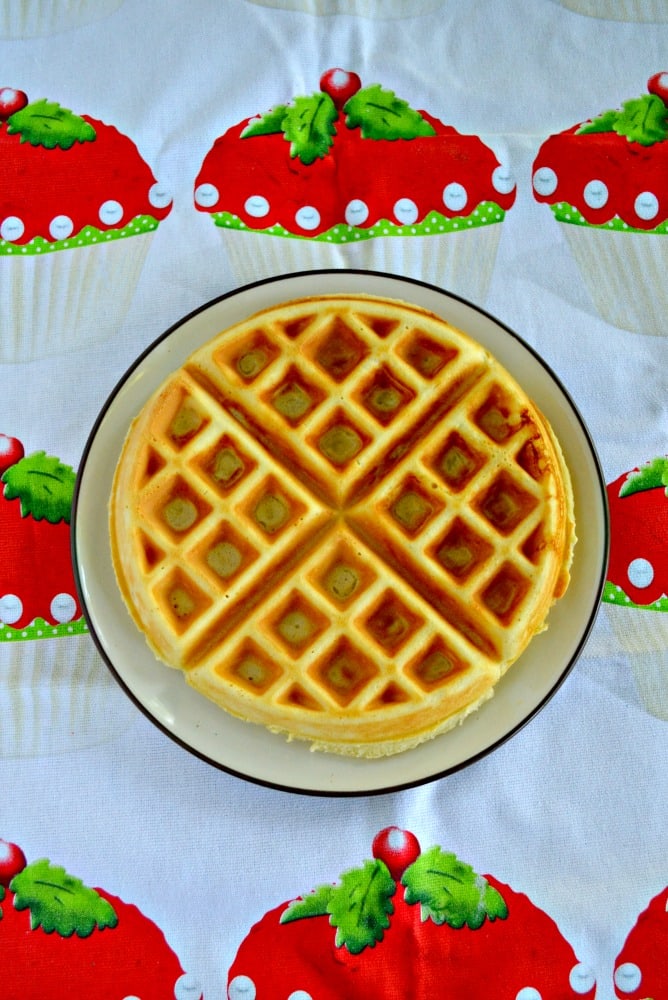 I ended up using the vanilla waffles and topped them with fresh strawberries, a touch of syrup, and fresh cinnamon whipped cream.  They were super easy to make and tasted so good.  I really like something sweet in the morning for breakfast so these were perfect.  I'll be honest though, they would also make a great dessert.  The cinnamon whipped cream really adds a nice bit a spice to the sweetness of the waffles. 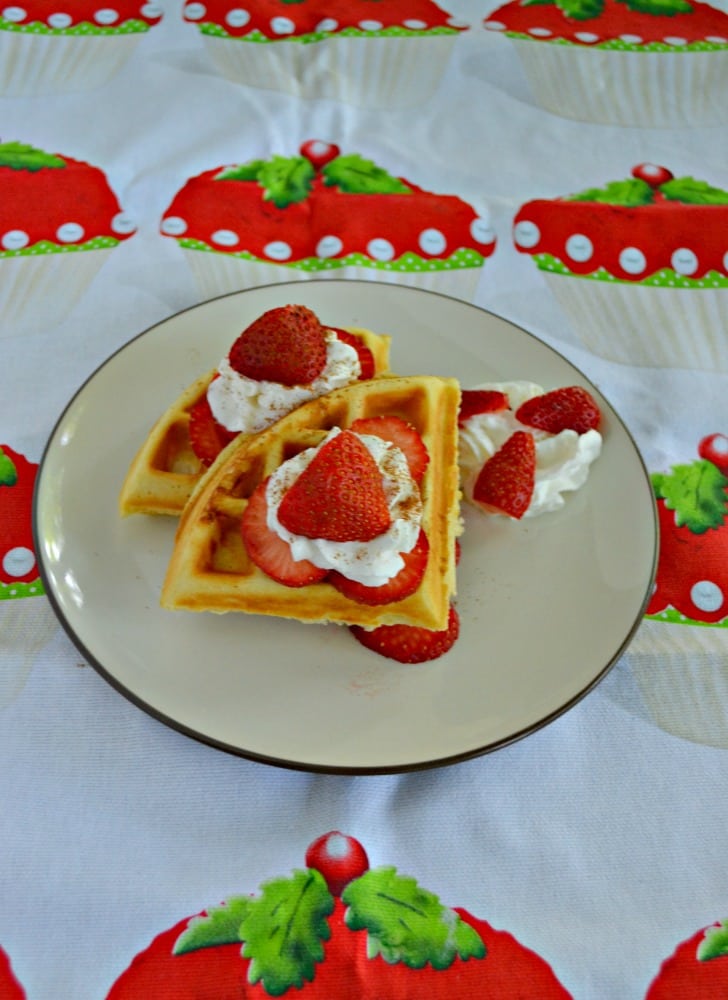 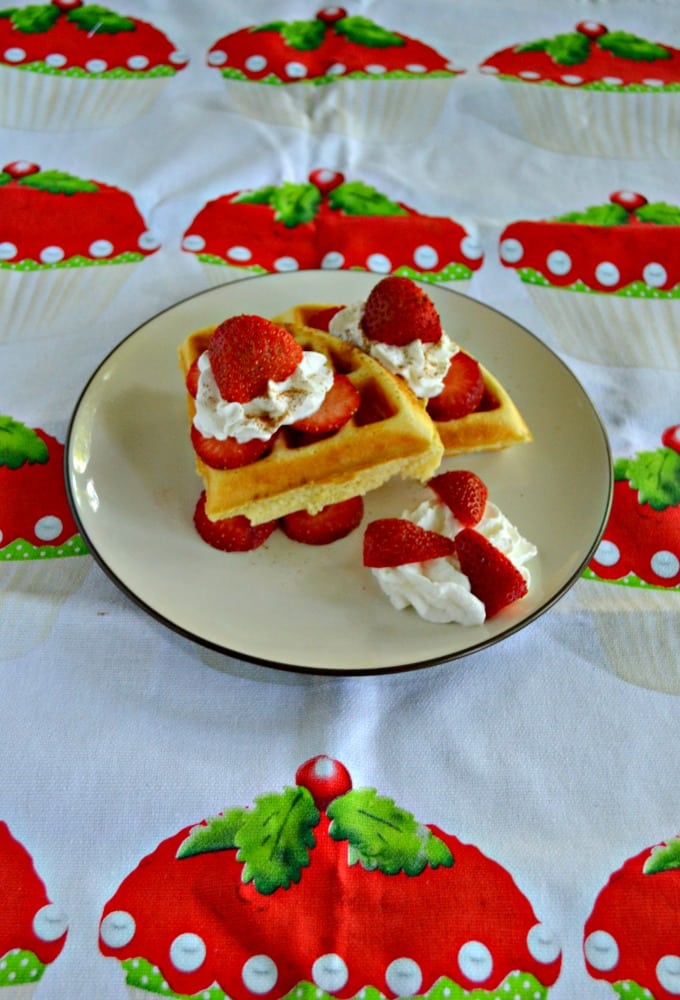