Secrets, Obsessions, and Scandal, Oh My!

The Fairchild’s were a happy family of wealthy New York stock, with two loving daughters. Until the secrets started to surface. 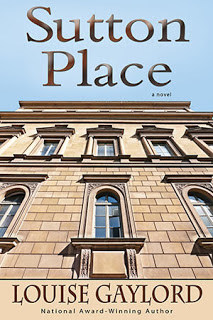 The first secret was revealed when Julia was told the truth about her father. Her reaction to the revelation sent her spinning out of control.

The second secret concerned the parentage of Julia’s sister, Ariel. How Ariel  responded to the revelation astounded the rest of the family.

Now Julia is building a superb reputation at one of New York’s finest hospitals. The future looks bright until a romantic weekend turns into a disaster. Fleeing home and family, she moves to New Mexico and starts to pull her life together.

Just when it looks like things are heading toward happily-ever-after, events in New York draw Julia back to Sutton Place, where she learns of Ariel’s secret life and finds herself facing her worst nightmare.

Sutton Place moves a mile a minute and never lets you see what’s coming around the next turn.

About the Author:
Louise Gaylord is an acclaimed national award-winning author who established herself with her very first book, a suspenseful murder mystery centering on a young, sharp female assistant district attorney. This was the cornerstone of what has become her popular Allie Armington mystery series, the idea for it sparked when Louise herself spent three months on a grand jury panel.
The series has grown to four novels, with stories ranging from the Southwest to New York, to the most recent featuring her beloved Adirondacks.
Her first Allie Armington Mystery, “Anacacho,” won the 2003 National Benjamin Franklin Award for Best Mystery/Suspense sponsored by Publisher’s Marketing Association in Los Angeles. The San Francisco Book Festival awarded Louise with best audio book in 2010 for “Spa Deadly.” “Recipes from Camp Trillium” won the Dan Poynter’s Global eBook Awards, in which “Julia Fairchild” and “Spa Deadly” were also finalists. And most recently, “Dark Lake” was recognized in the General Fiction category of the Los Angeles Book Festival.
Louise’s newest book, “Sutton Place,” will be published August 27, 2013, by Little Moose Press, Beverly Hills, California.
Louise lives in Houston, Texas, though she might be found writing almost anywhere in the world.