Try the World is a food subscription box that comes once every two months. Every two months the curators select a location, the July/August box was Japan, and you get several food items based on that location.You get some snack items, food that you can eat immediately, and also somethings that need to be cooked.  It's a great way to try foods from another country.  The price for the Try the World box is $39/box with FREE shipping. 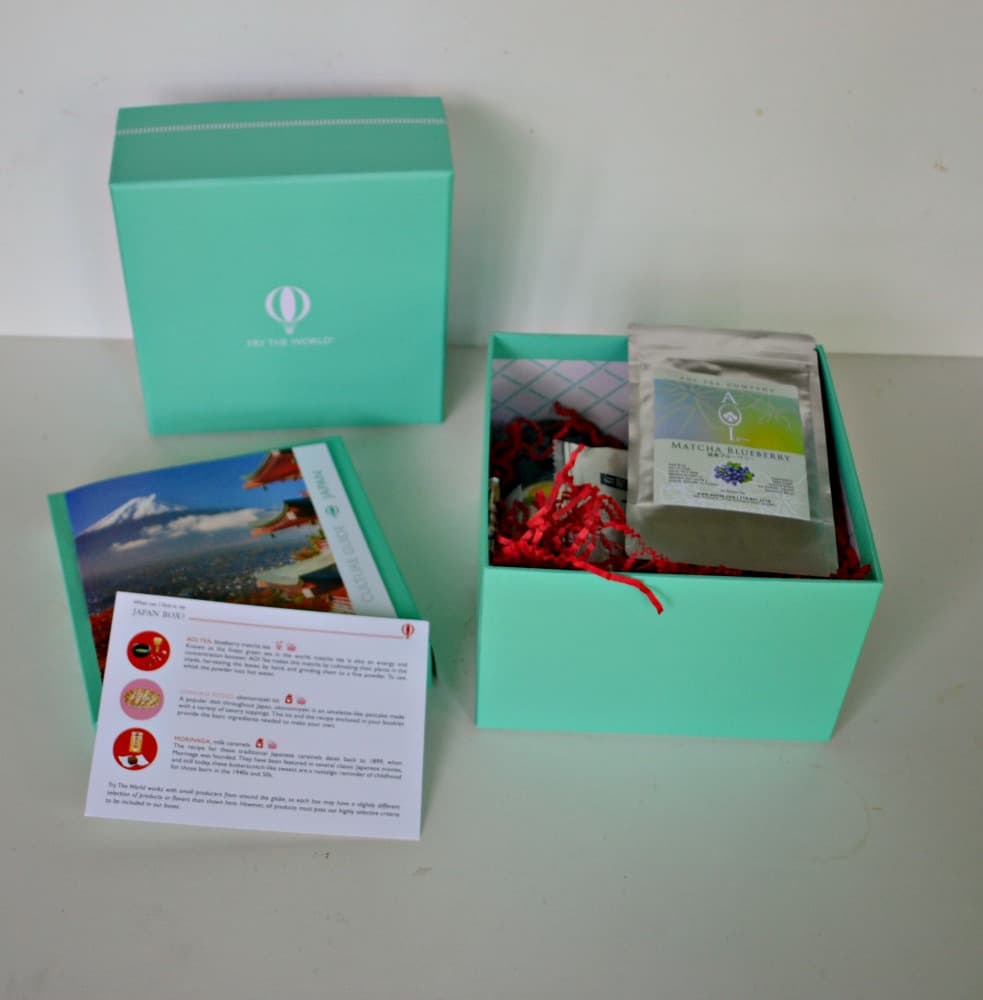 There were 7 items in my Try the World box this month.  The first item is Takaokaya seaweed snack.   Wild seaweed from the ocean is harvested, then dried.   You can eat it straight from the bag or crumbled over rice dishes.  We actually crumbled it over top of stir fry and on top of a salad. 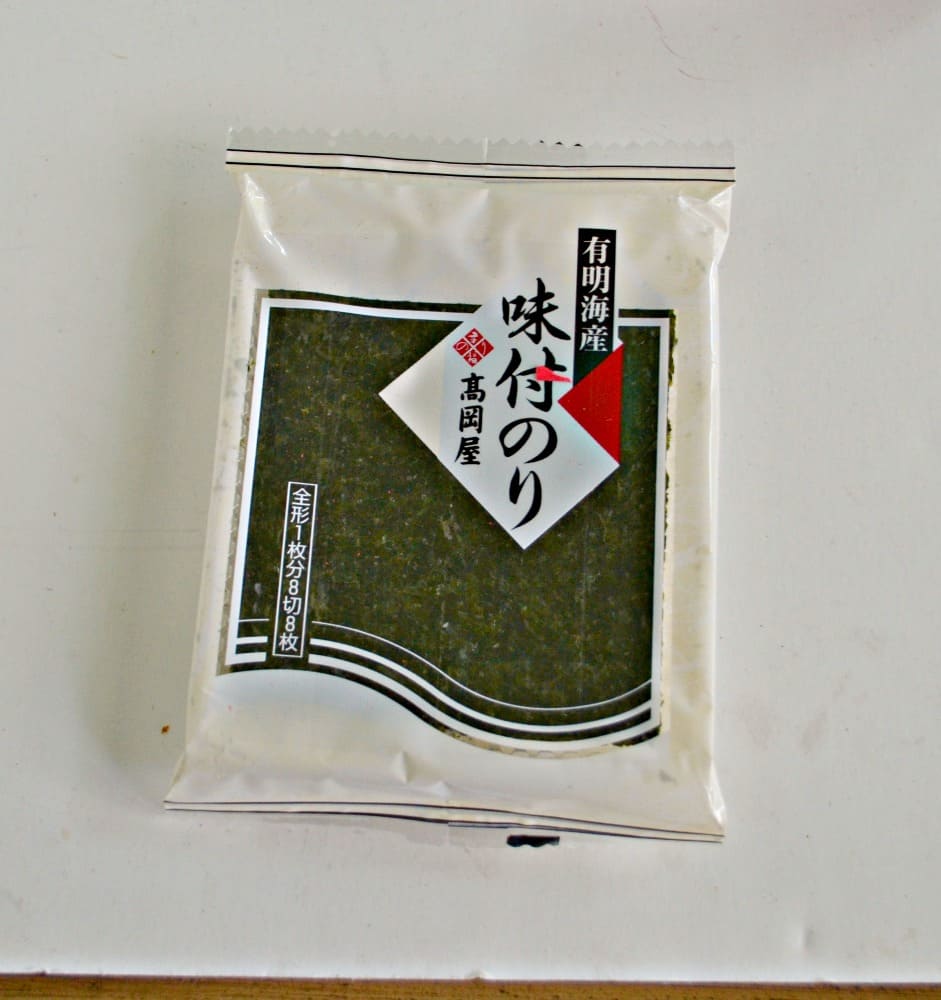 Next up was Ishiguro yamaimo soba noodles.   These soba noodles are made with yam extract and buckwheat and are very flexible.  The are traditionally served in hot broth or as a cold salad with ponzu saucec.    We used these in an Asian soup and they were pretty tasty. 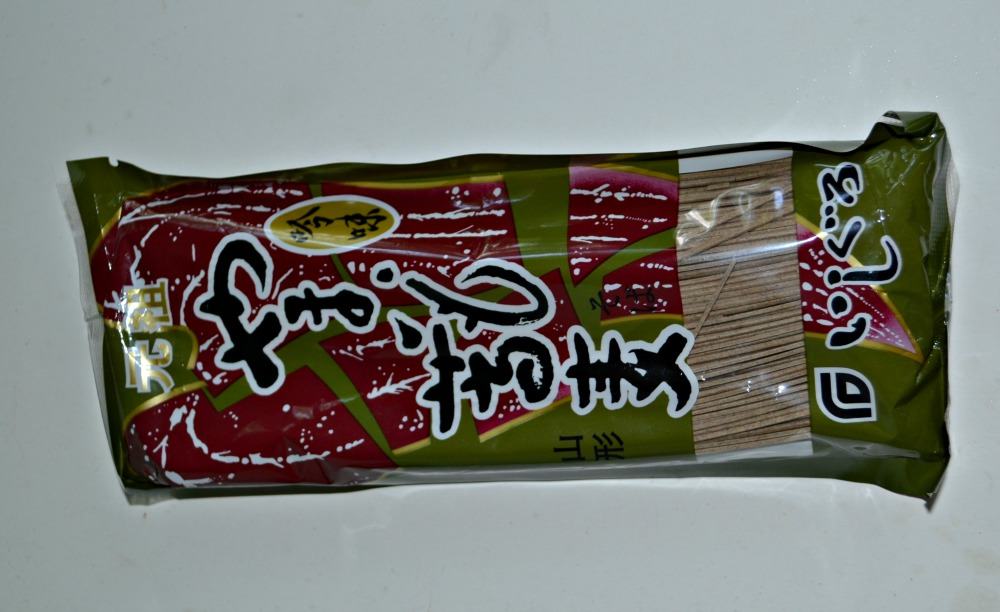 Then there was the Kasugai gummy candy.  My husband and I love gummy candy so this was the first thing we opened in the box and we ate the whole pouch in one sitting.  The gummy candy was lychee flavored.  I really like the sweet and perfumed taste of the lychee and this candy captured it perfectly. 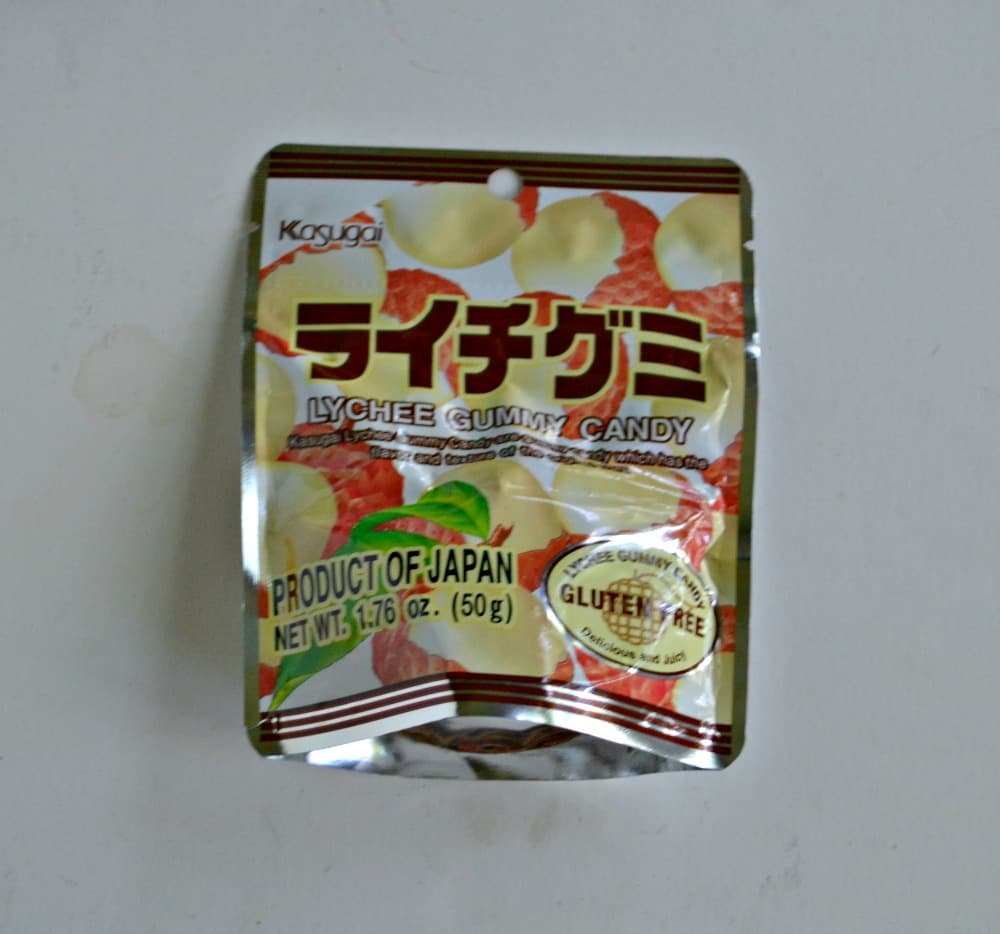 We received a bottle of Wadakan umami ponzu sauce.   I was unfamiliar with ponzu sauce which is surprising since we eat a lot of Asian food.   The sauce is sweet, salty, and tangy and is made with citrus and soy sauce.   It's traditionally served as a dressing on grilled meat or fish or it's used as a dip for sashimi.  I'd say you can use it any place you use soy sauce, it just gives it an added citrus flavor.  It was delicious when used in a salad dressing. 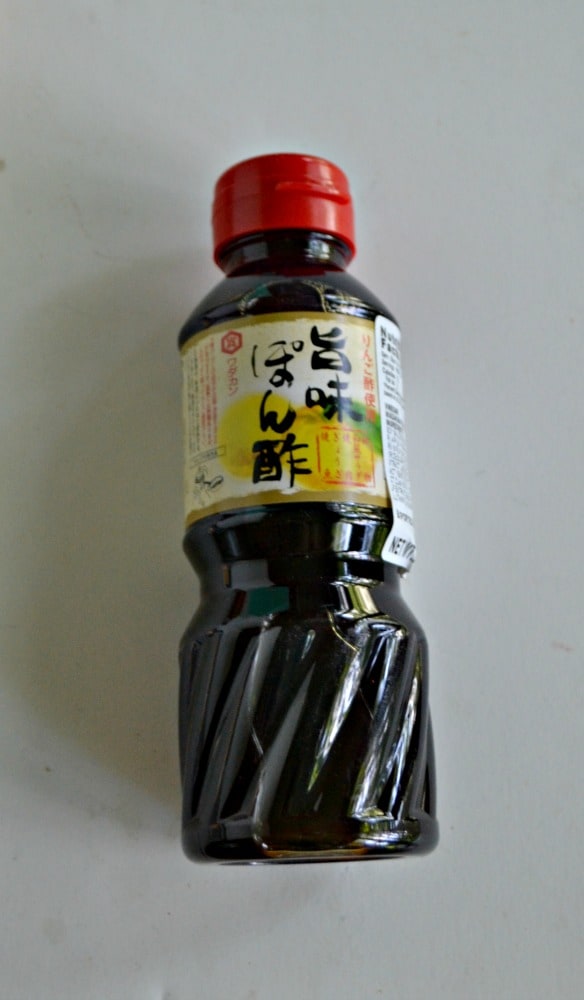 Next I received Aoi Tea blueberry matcha tea.  Now I've seen a lot of matcha tea but I've never tried it before.  The company makes the tea by cultivating their plants in the shade, harvesting the leaves by hand, and grinding them to a fine powder.   I tried some and it was just ok.  The taste was almost a little chalky but you could taste the blueberry.   I'm going to try and bake with it next week. 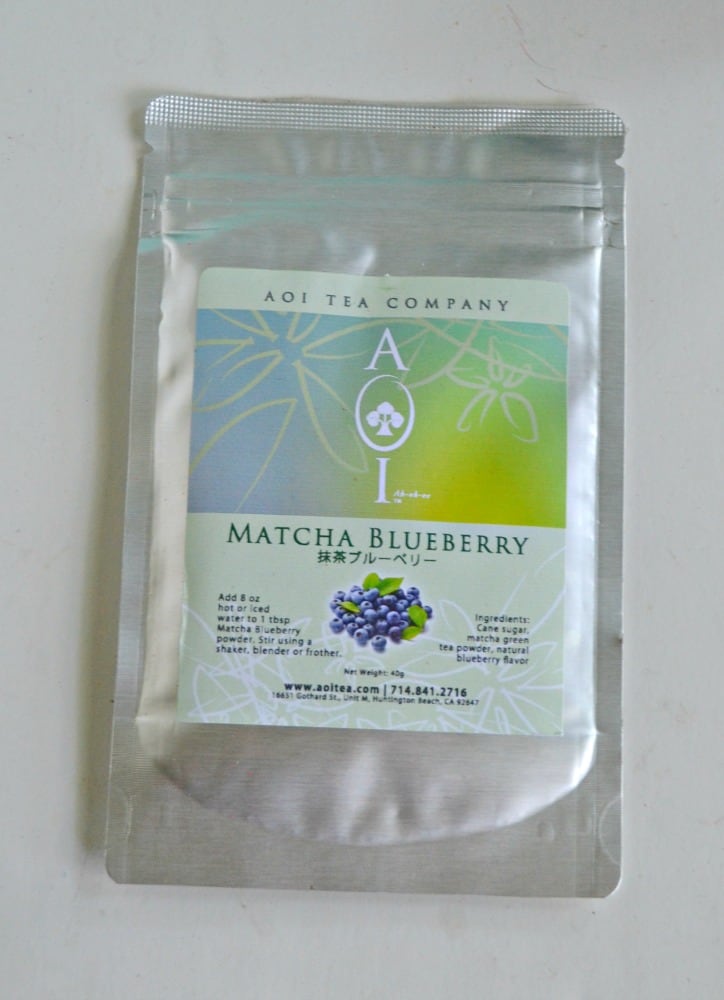 Then I received Otafuku Foods okonomiyaki kit.   This is a popular dish in Japan.  It's an omelette-like pancake made with savory toppings.  I haven't yet tried this one but it sounds really interesting. 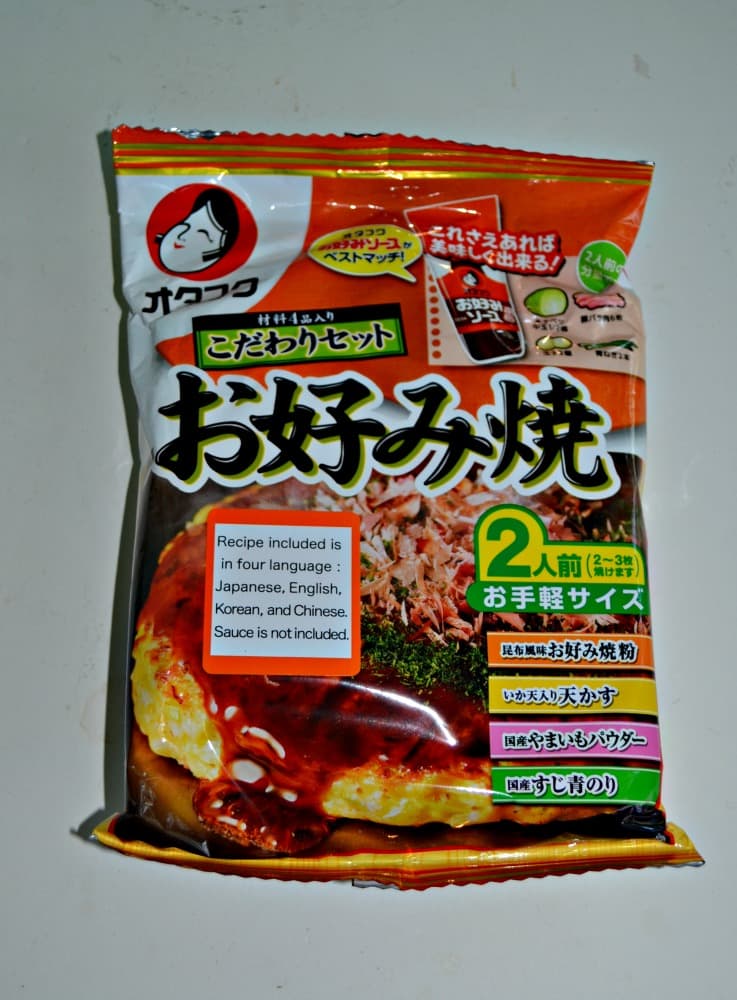 The last food I received is Morinaga milk caramels.  The recipe for these dates back to 1899.  They are made with coconut milk and have a subtle coconut flavor along with the caramel.  I really liked these but my husband wasn't thrilled with the coconut flavor in them. 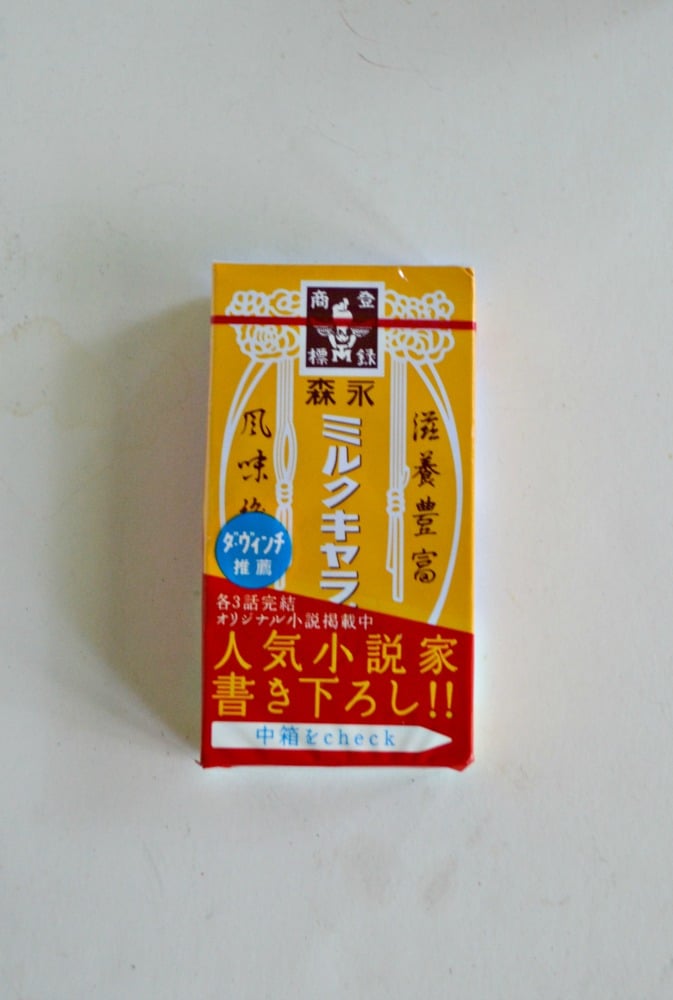 Overall this was a really fun box.   It was filled with things I wouldn't have tried otherwise and I found that I liked the ponzu sauce and will probably buy it again. 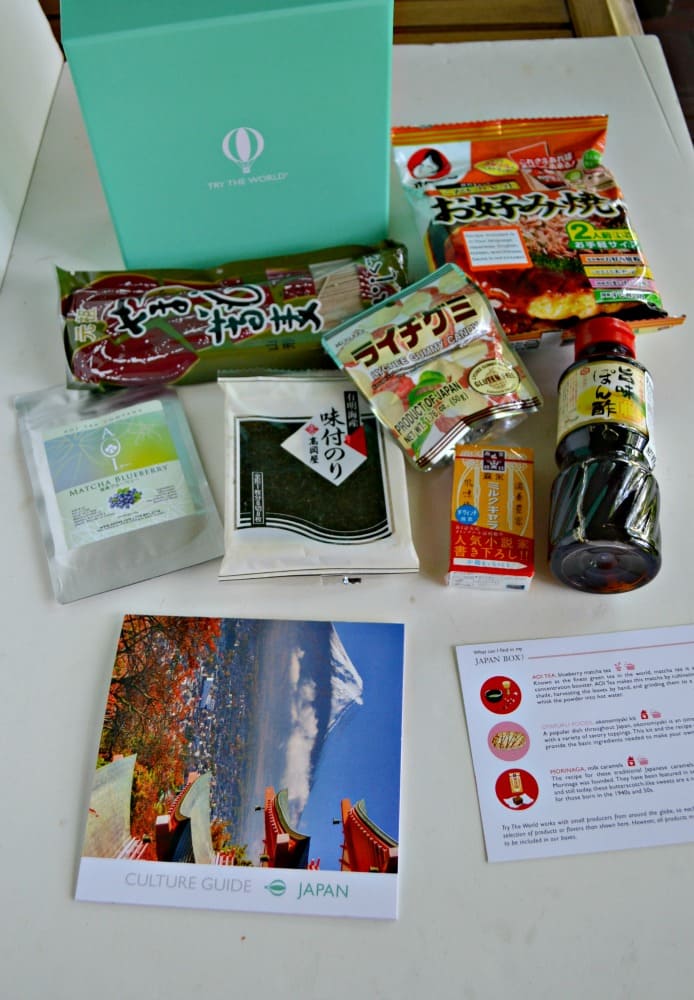