Uncontrollable is the second book in "The Nature of Grace" series by S.R. Johannes. Untraceable, the first book in the series, has won and been nominated for several awards including Winner of the 2012 IndieReader Discovery Award (YA), 2012 Georgia Author of the Year (YA Nominee), and a finalist in The Kindle Book Review's "Best Indie Book of 2012 (YA)".
Kirkus reviewed Untraceable as "A thrilling story is a dramatic entanglement of mystery, deception and teen romance.  The action flows like a brisk mountain stream interspersed with rapids, holding suspense to last page."
If you like a page turner, you will love this series!
Head over to Mundie Moms for a Big Uncontrollable Launch Party with tons of prizes and then over to SR Johannes blog for even more.
To continue on with the blog tour, check out the line up! Where SR talks about anything from marketing to writing to her books to personal interviews and giveaways. 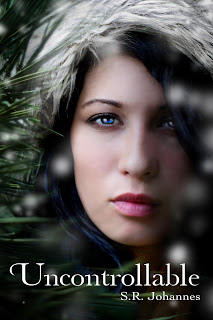 Book Summary
As 16-year-old Grace recovers from tragedy, her science class is chosen by Agent Sweeney at the U.S. Fish & Wildlife Service to help with research on the new "Red Wolf Reintroduction Program".
While she’s excited about helping with the conservation of the endangered wolves, Grace knows this means being outdoors in the worst winter recorded, in a place she no longer feels comfortable. It also means working closely with Wyn (her ex) and his annoying girlfriend (Skyler), a girl whose idea of getting close to nature is picking silk plants and growing fake plants.
After a couple of wolves show up dead, Grace almost quits. However, when a fellow project team member goes missing, Grace continues the assignment under a renewed suspicion that someone might be sabotaging the conservation program. She quietly begins to hunt for clues.
Little does she know, she is being hunted too.
On Sale Now!
Author Bio
S.R. Johannes is the author of award-winning and Amazon bestselling Untraceable (a teen wilderness thriller) and new tween paranormal, On The Bright Side. She has also published short novelettes as well as a teen romance anthology with 16 other authors titled, In His Eyes.  Uncontrollable, the sequel to Untraceable, is scheduled for September 2012.
S.R. Johannes is a winner of the 2012 IndieReader Discovery Awards (Young Adult) and was also recently nominated for 2012 Georgia Author of the Year (Young Adult). Untraceable was also recently named a Finalist in The Kindle Book Review's Indie Book of the Year (YA)
After earning an MBA and working in corporate America, S.R. Johannes traded in her expensive suits, high heels, and corporate lingo for a family, flip-flops, and her love of writing.  She lives in Atlanta, Georgia with her dog, British-accented husband, and the huge imaginations of their little prince and princess, which she hopes- someday- will change the world.
Connect!
Follow S.R. online on her website, Twitter, Facebook, and Pinterest
You can also sign up for her newsletter to keep up on author or book news.