Have you heard of zoodles?   They are zucchini noodles.   No that doesn't mean I put zucchini into a dough and then make noodles, they are actually just zucchini spiraled into noodles.  There's a tool called a spiralizer that allows you to spiral any veggie!   It's great for making pasta, fries, or adding to salads. 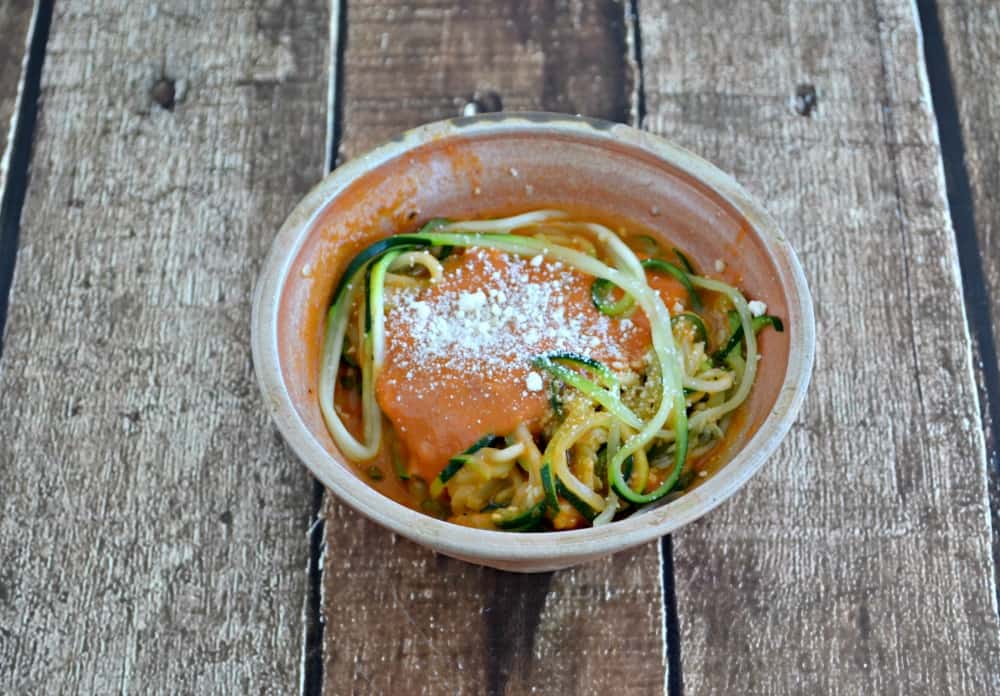 My cousin's husband had me in the grab bag exchange this past Christmas and he bought me a spiralizer.   Pretty good gift since I've been wanting one but hadn't told anyone.    I finally got to use it last week and it's pretty cool.   You don't even have to peel the vegetables, simply wash them, place in the machine, and in 1-2 minutes have piles of veggie noodles! 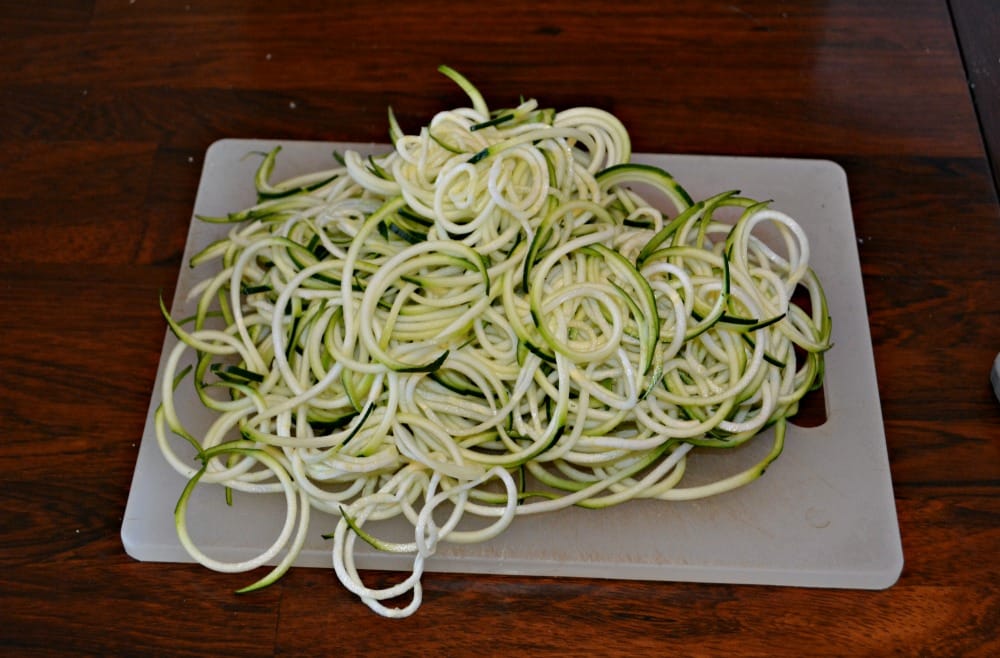 I was skeptical as to how these "zoodles" would taste.  I mean, it was still a zucchini.   I found some recipes telling me to pan fry them for 2-3 minutes with garlic then toss them in a sauce so that's what I did.   I added a touch of oil to the pan and added the zoodles.  I sprinkled them with salt and pepper and added garlic. 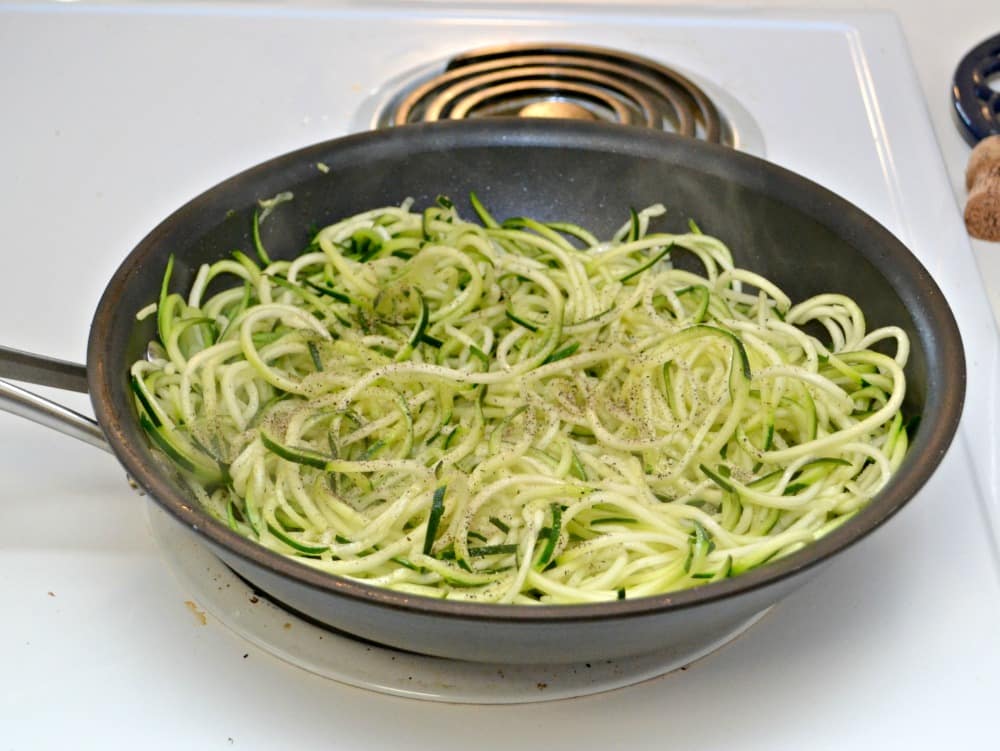 I sauteed them just long enough to soften them then I added vodka sauce.   I tasted them and...they were awesome!    I couldn't taste zucchini at all.   It seemed as though I was eating pasta with vodka sauce though the texture of the zoodles is slightly different.   I love that this is a great substitute for pasta that is both low calorie and gluten free.   I can't wait to try them again with a different sauce! 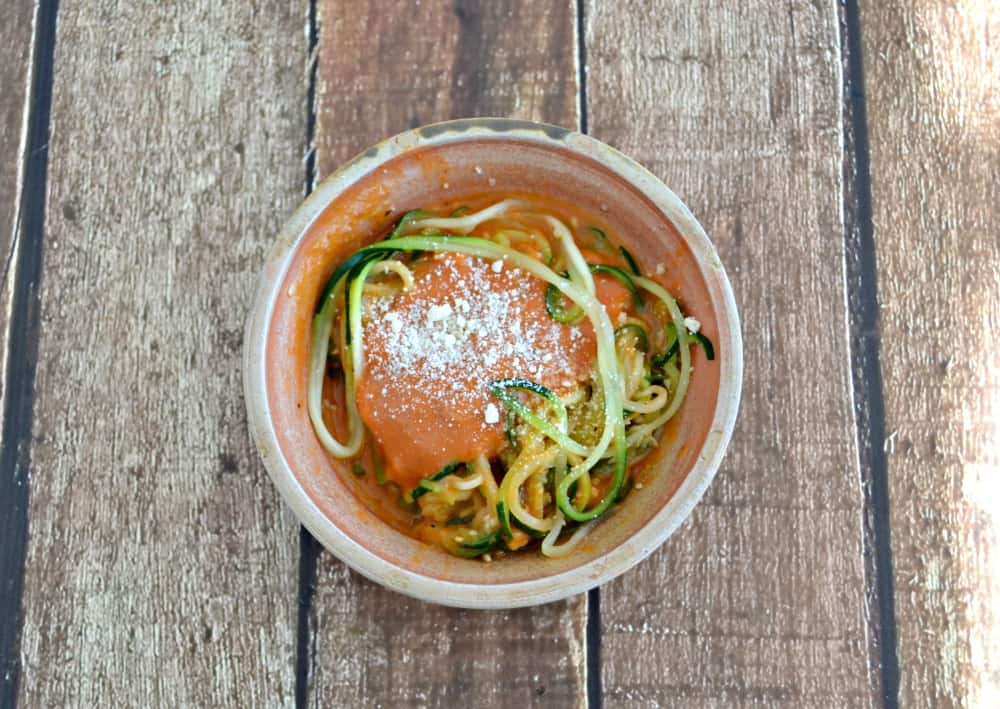