St. Patrick’s Day is next Monday!  I’ve been thinking about all of the things I can make for this holiday, most of them green.  While I never have any trouble coming up with desserts for this holiday, I do have difficulty coming up with soups, entrees, and side dishes.  So I asked some of my favorite bloggers to share their recipes for St. Patrick’s Day! 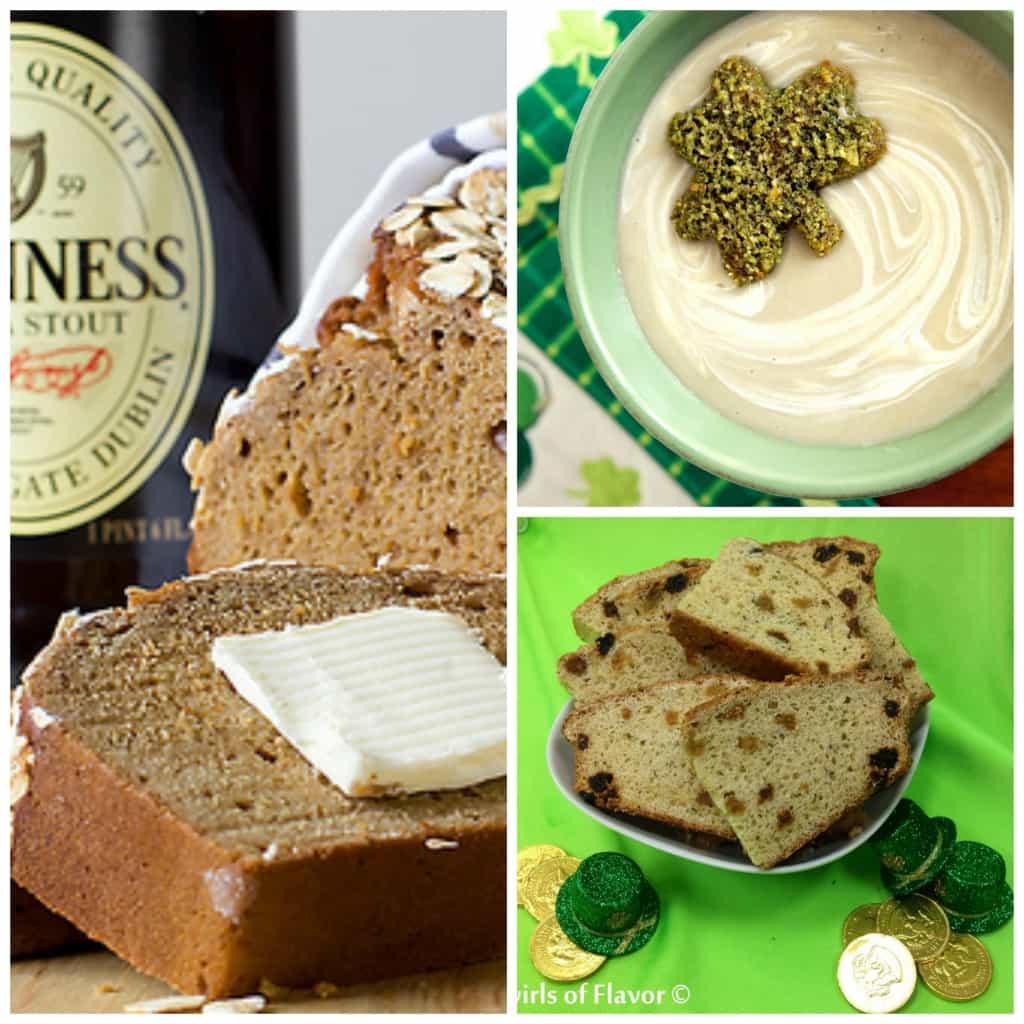 4.  Beer Bread with Whiskey Raisin Butter from The Tasty Fork

6.  Cheddar Ale Soup from Will Cook for Smiles 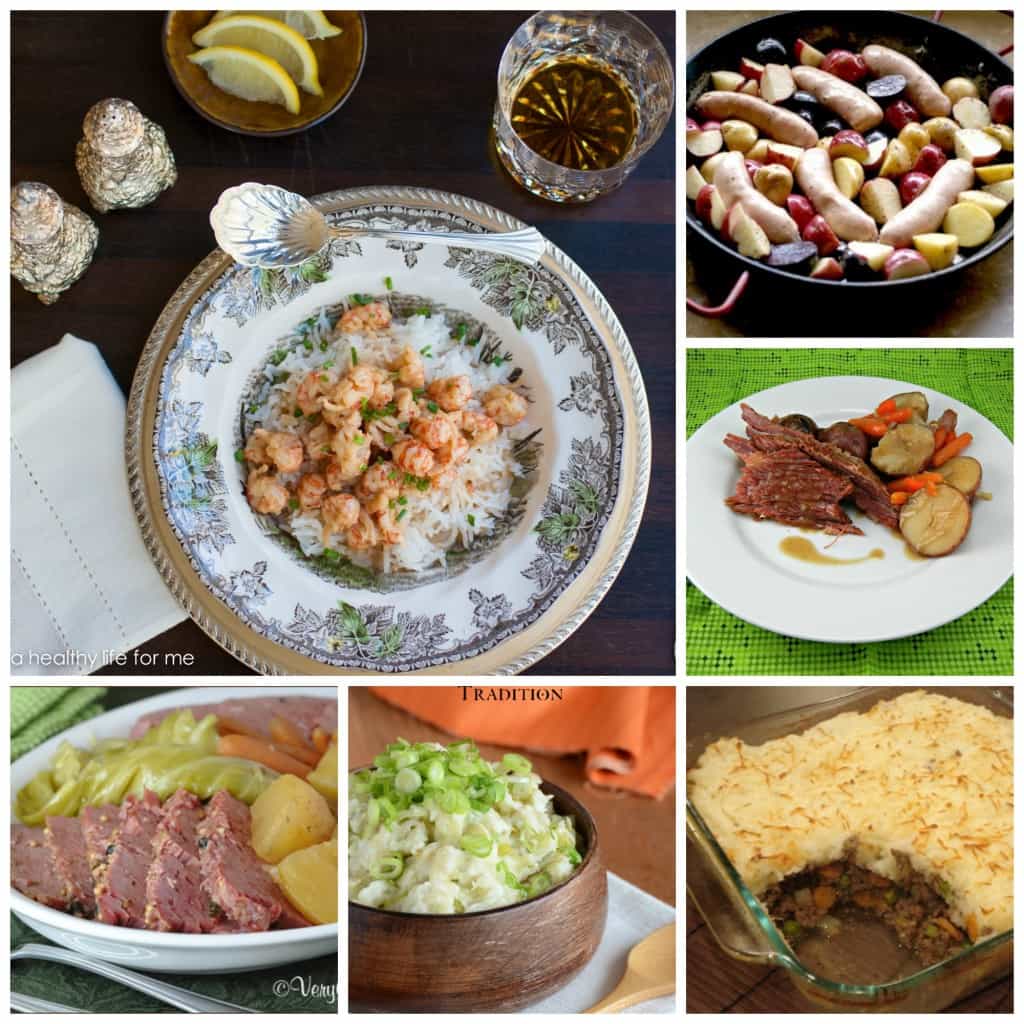 2.  Irish Bangers and Potatoes from My Catholic Kitchen

4.  Mashed Potatoes with Cabbage and Onions from An Edible Mosaic

5.  Dublin Lawyer with Rice from A Healthy Life for Me

9.  New England Boiled Dinner from The Kitchen is My Playground 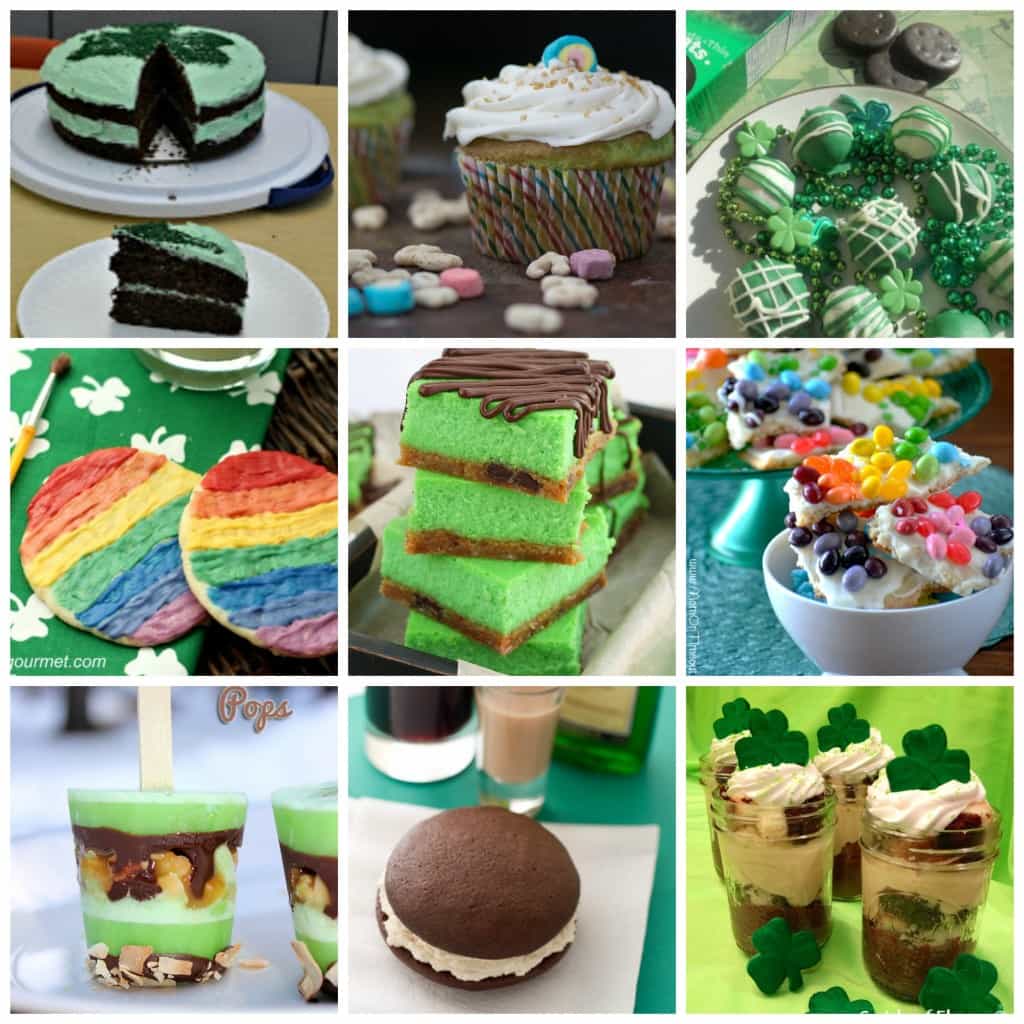 4.  Guinness Whoopie Pies with Irish Cream Filling from Poet in the Pantry

6.  Rainbow Sugar Cookie Bark from Mom on Time Out

17.  Bailey’s Brownies with Bailey’s Frosting from Will Cook for Smiles

20.  Rainbow Jell-O Cubes from Mom on Time Out 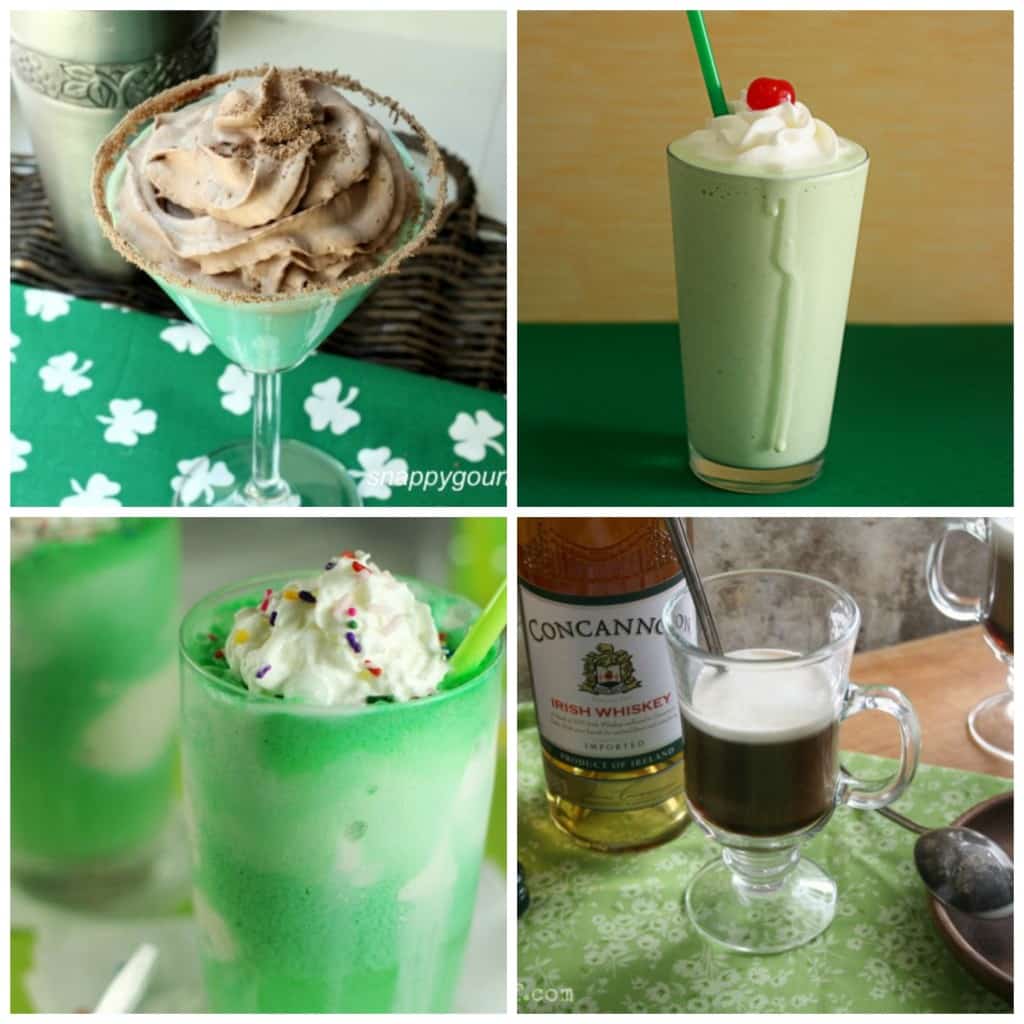 4.  Leprechaun Shakes from The Kitchen is My Playground

7.  I Need a Vacation Martini from Nel’s Nook