I'll be honest, I didn't really know what a smash cocktail was.   I thought it probably had something to do with fruit and herbs but that's about as knowledgeable as I was.  When I looked for an answer to my question it seemed as though there were several answers but nothing definitive.   In most cases a smash includes fresh fruit, an herb, a sweetened, and a spirit served on ice. 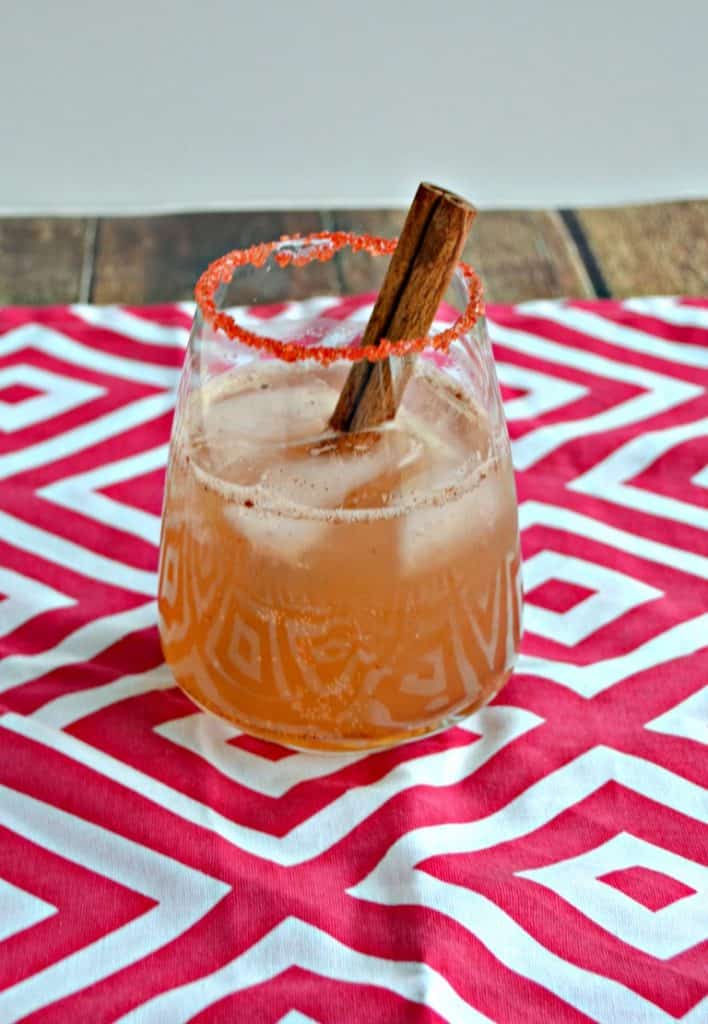 In addition to the above rules it seems as though while ice must be involved it can be in the glass or shaken with the cocktail then strained out.  The fruit can be muddled or it can be used as a garnish.   Adding some type of water or mixer is perfectly acceptable.  While herbs are generally involved they don't have to be.

Basically a smash is whatever you want it to be.  In this case I made a flavorful Apple Whiskey Smash.  In truth I simply used ingredients that I had in the house.   I had a tart apple syrup that was perfect in this.  I added whiskey, a pinch of cinnamon, and topped it off with ginger ale. 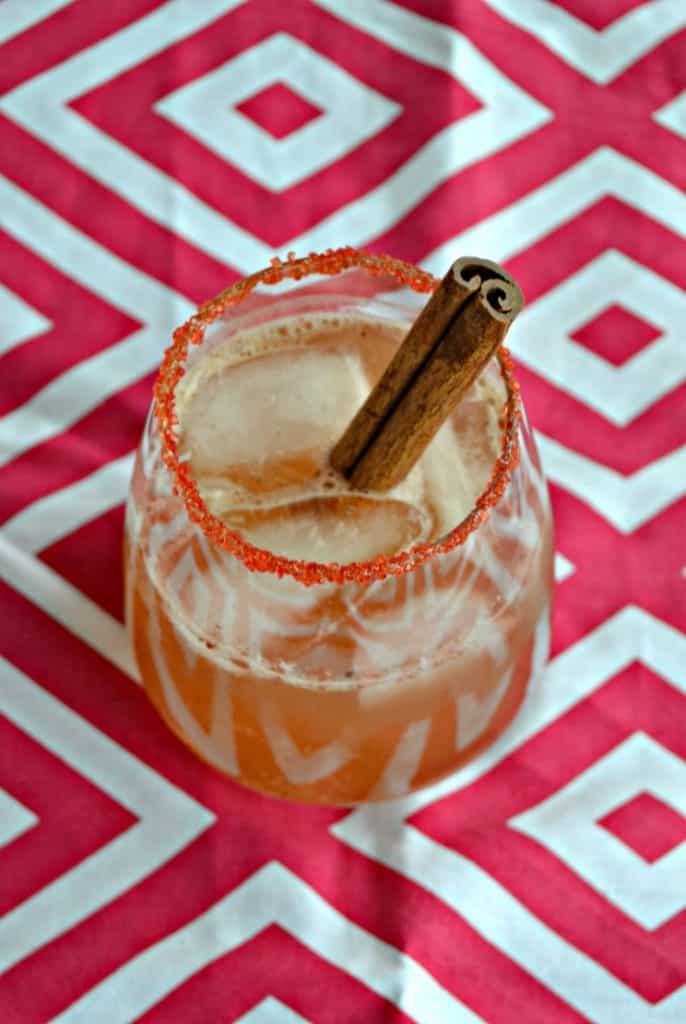 I ended up adding honey to the rim and dipping it in red sprinkles to make it sparkle.  Then I served my Apple Whiskey Smash with a cinnamon stick that was tall enough to stick out of the glass and be used as a stirrer. 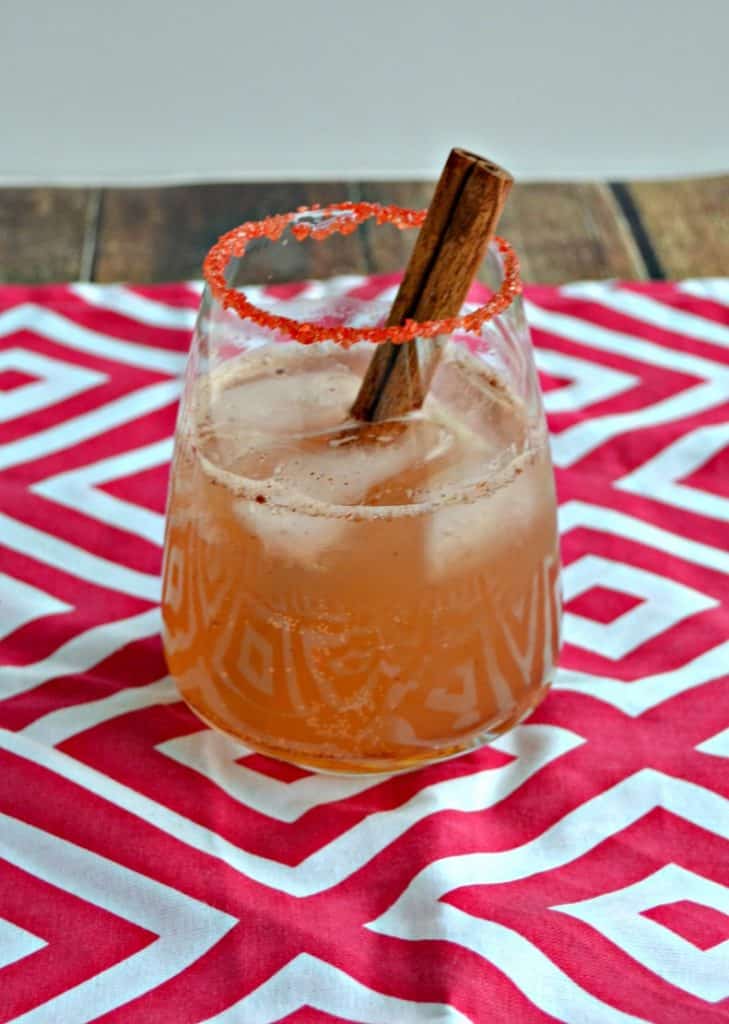