I used to mix up different cocktails frequently on the weekends but all that changed since my son has been born.  While my husband and I have an occasional cocktail it's usually far and few between.  That means I don't have nearly as many new drink recipes on the blog. 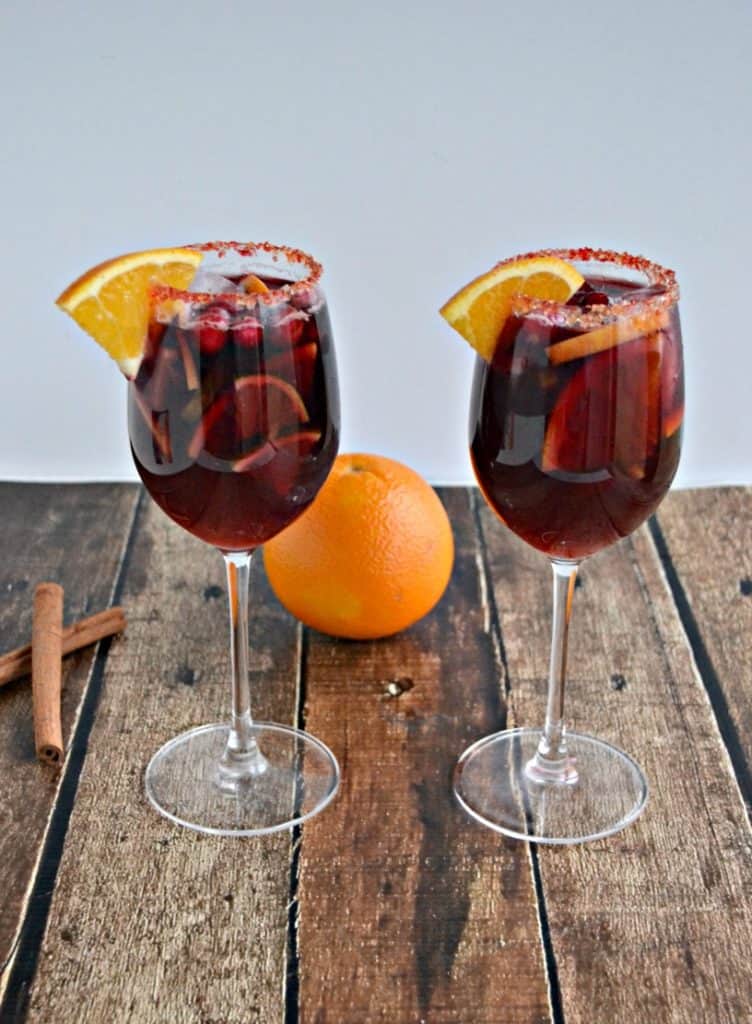 However, these last few months have been tough at work and I've been working on some new cocktails on the weekends.  I enjoy mixing different ingredients together in hopes of making something that we will both enjoy.  I usually don't even have anything in mind.  I simply go to the cupboard, see what we have, and go from there.

When I was making this recipe it was totally inspired by the fact that I had half a bag of fresh cranberries leftover in the refrigerator from Cranberry Week and a bowl of oranges on the counter.   Since cranberries and oranges work so well together it was easy to see that I was going to pair the two of them together.  The problem was what I was going to make with them.

While looking through the cupboard I saw a bottle of red wine that had about a glass poured out of it.  Since we don't often drink red wine I thought it would be the perfect base of an Orange Cranberry Sangria.

The first thing I did was make a spiced orange cranberry simple syrup.  Depending on how sweet you like your sangria you can adjust how much of the syrup you add to it.  We had some left over so I kept it in the refrigerator and just added it to a glass of wine later on in the week along with some cut up fruit for a sangria.

Then I mixed the red wine with cranberry juice, lime juice, and orange liqueur.  I tossed in some orange slices, fresh cranberries, and cinnamon sticks and I was done. 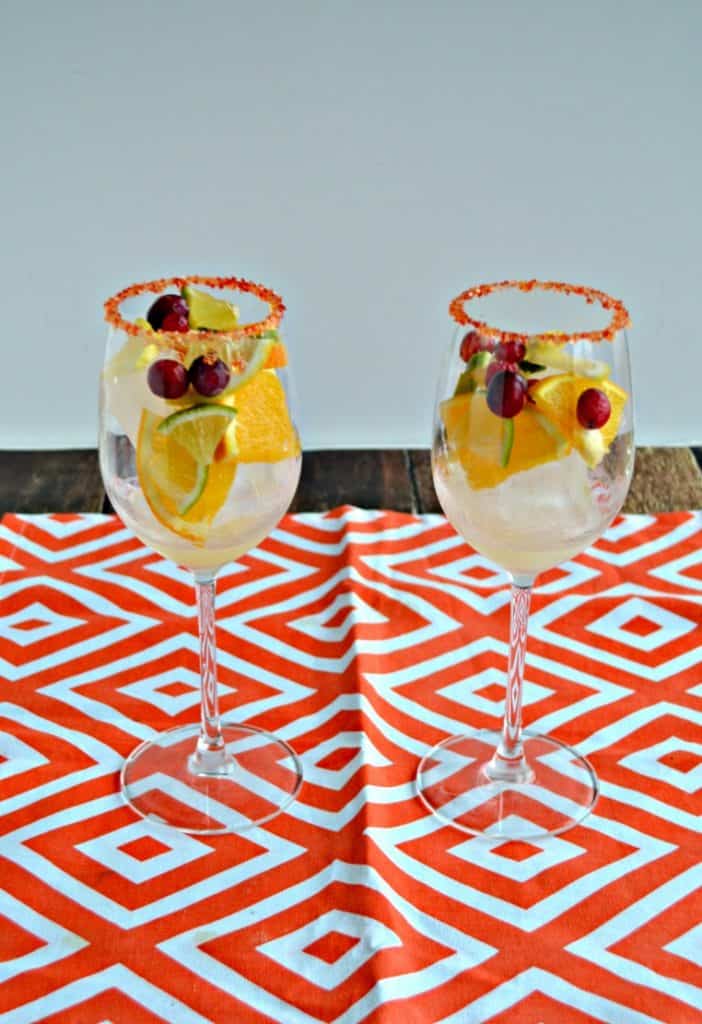 As I said before, red wine is not our favorite but this sangria was awesome!  The orange and cranberry flavors really came through along with the cinnamon.  This sangria is the perfect winter cocktail and would be great for New Year's Eve or even for Valentine's Day!

For the simple syrup: 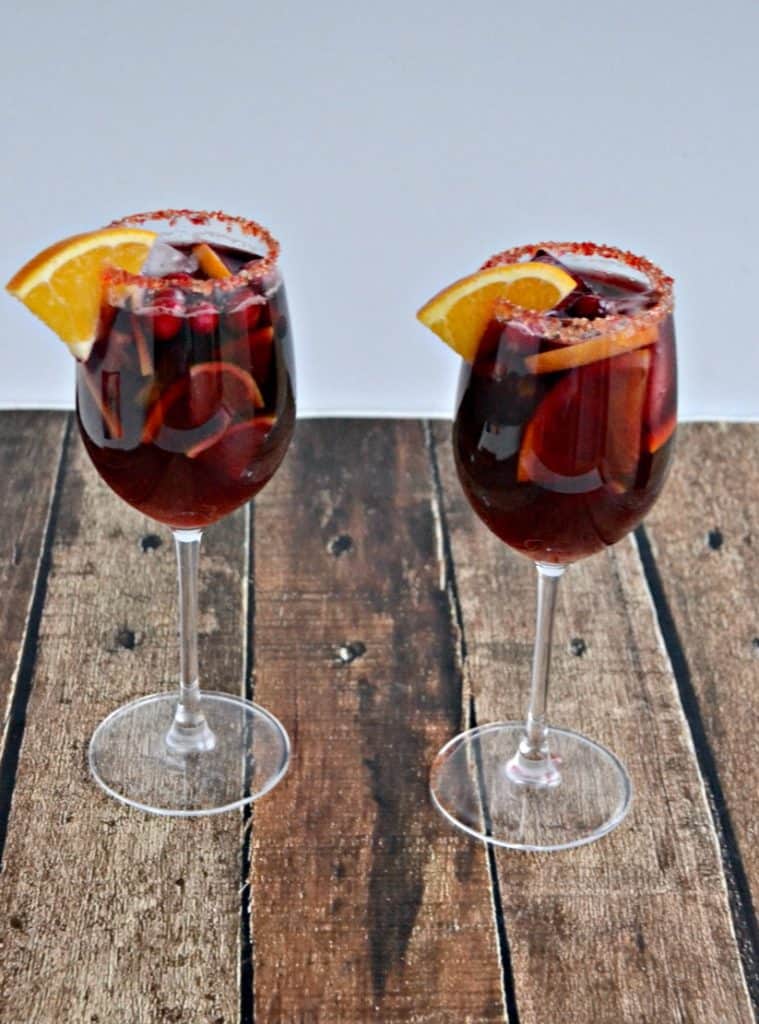