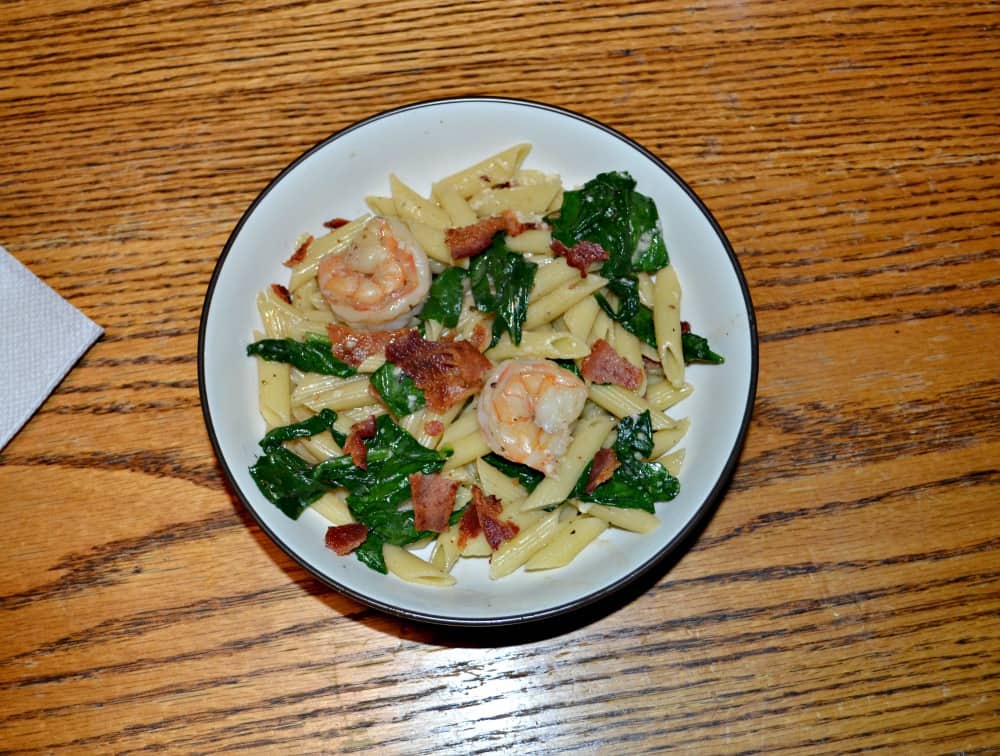 Have I mentioned recently how much I love pasta?   It's such a simple dish that can be turned into something special with just a few ingredients.   If I could, I would probably eat pasta 2-3 days a week but I think my husband might protest.   So often times when we have pasta more then once I week I look for a recipe that incorporates ingredients he enjoys.  This Bacon and Shrimp Pasta Toss combines two of his favorites:  bacon and shrimp. 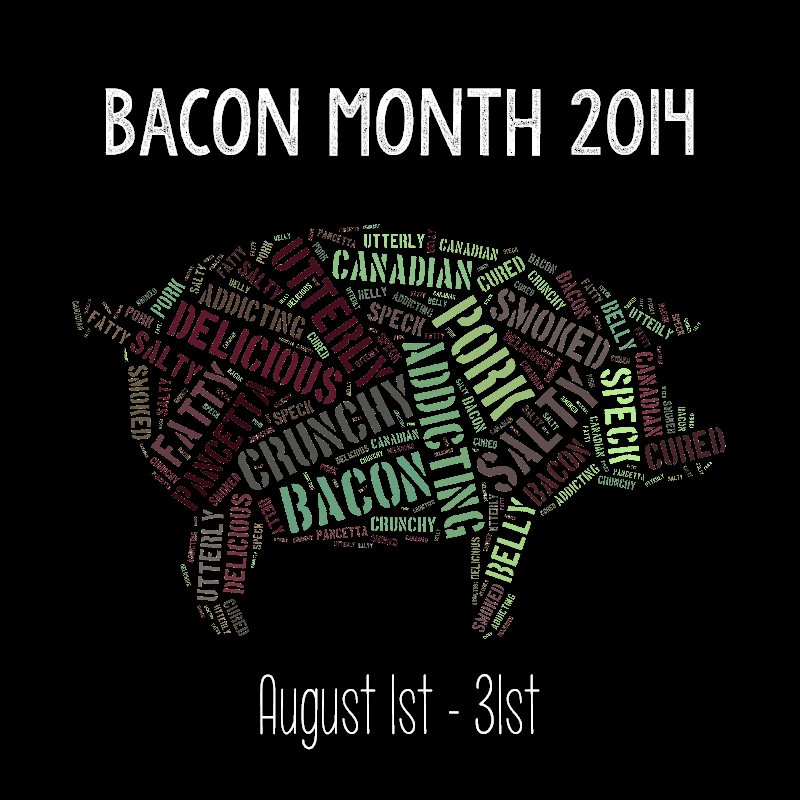 Now I don't eat shrimp.   I don't know what it is about them but I do not like them.  Fortunately I don't mind if they are cooked in a dish and I can pick them out.   I don't find that they leave a lot of flavor behind so this dish was fine with me.   It's a very simple dish where the shrimp are actually sauteed in the bacon grease to give them extra flavor. 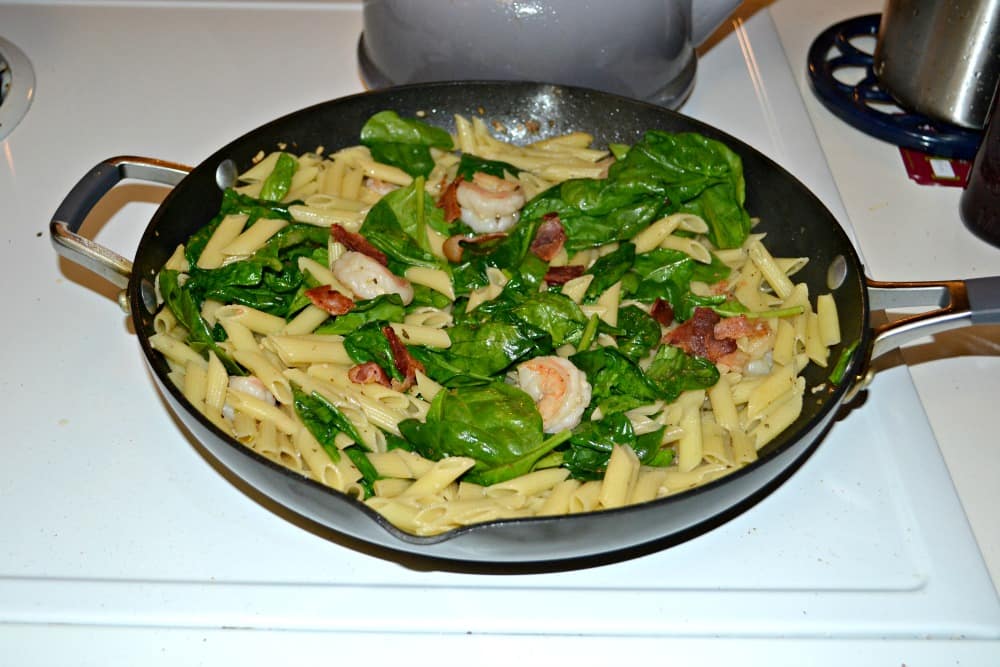 There isn't an actual sauce on the pasta either.  It's a simple combination of olive oil, butter, garlic, and the flavors from the bacon and shrimp.   I was a little worried that it would be boring but with a few drops of lemon juice it really tasted amazing.   The shrimp and bacon are tossed in at the end along with the spinach to give the pasta added color and flavor.  This is a great weeknight meal! 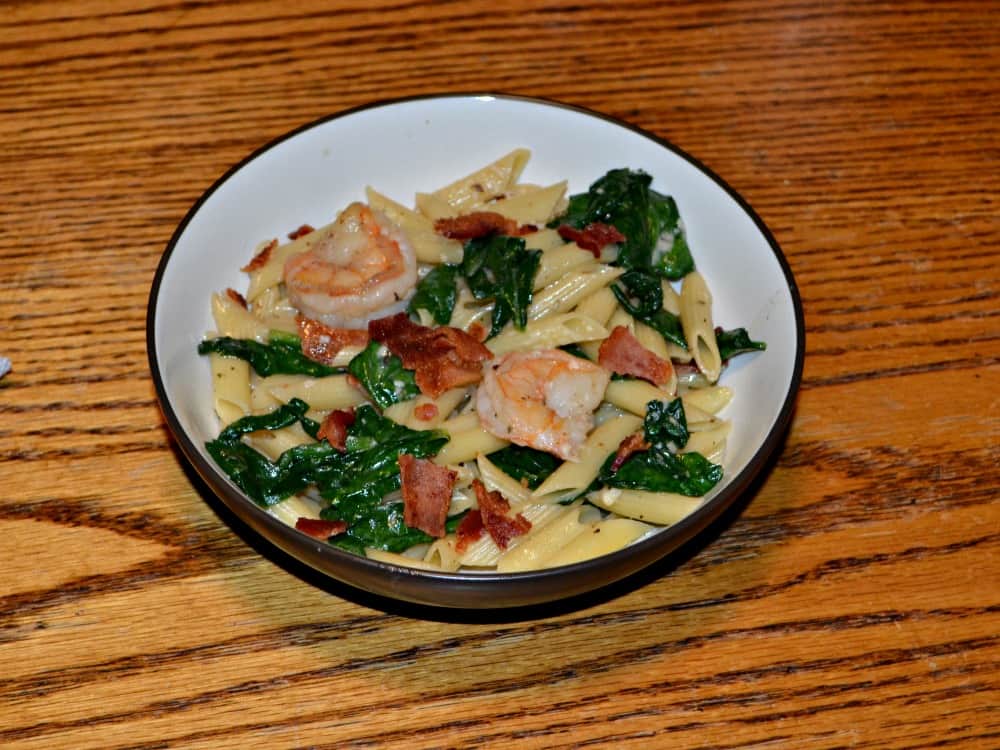 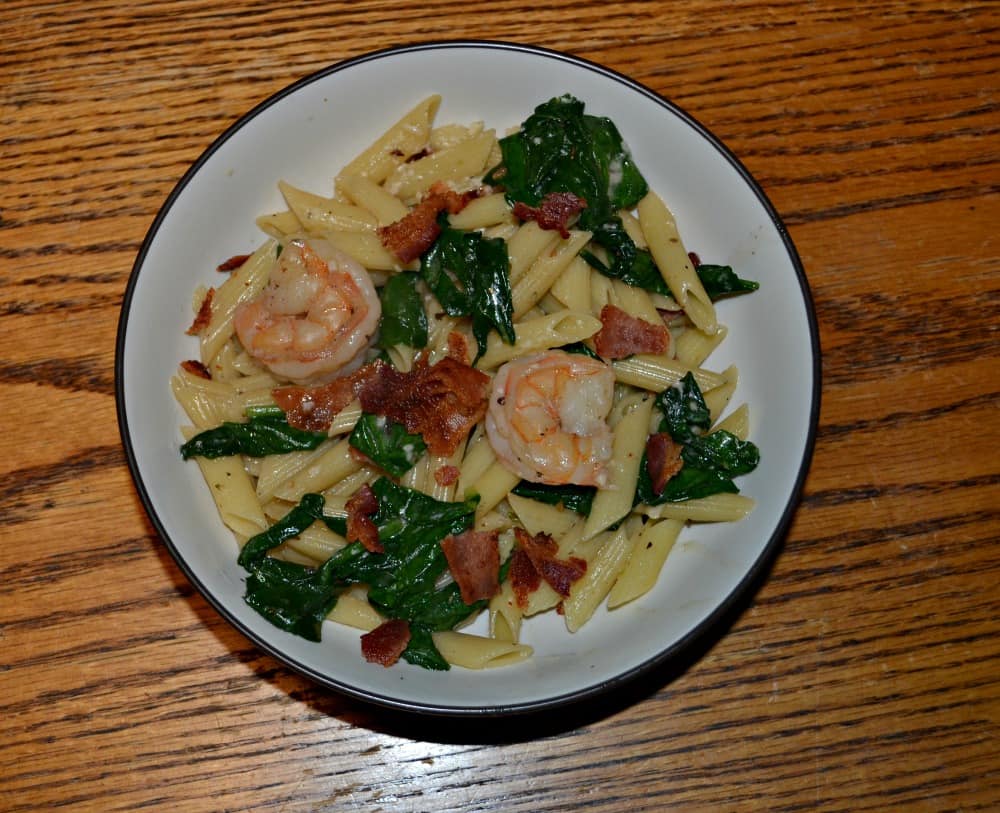