It's no secret that I like chicken.   We often eat BBQ chicken sandwich or BBQ pork sandwiches.   I usually make these in the slow cooker but I don't always have the time or the forethought to put everything in the slow cooker. 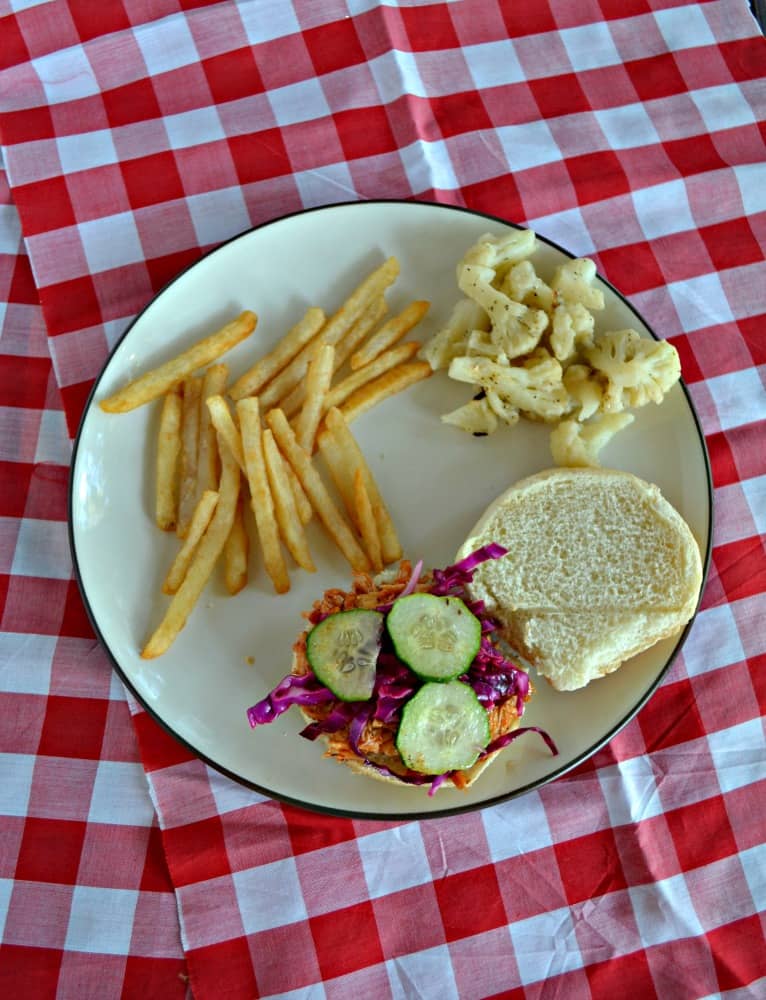 I've been looking for a quick and easy BBQ Chicken Sandwich recipe.  The one I found is perfect because it doesn't take long to make and it has a tasty slaw on top as well as quick pickles.  Since my husband is a huge fan of both cabbage and pickles I knew this would be a winner in his book. 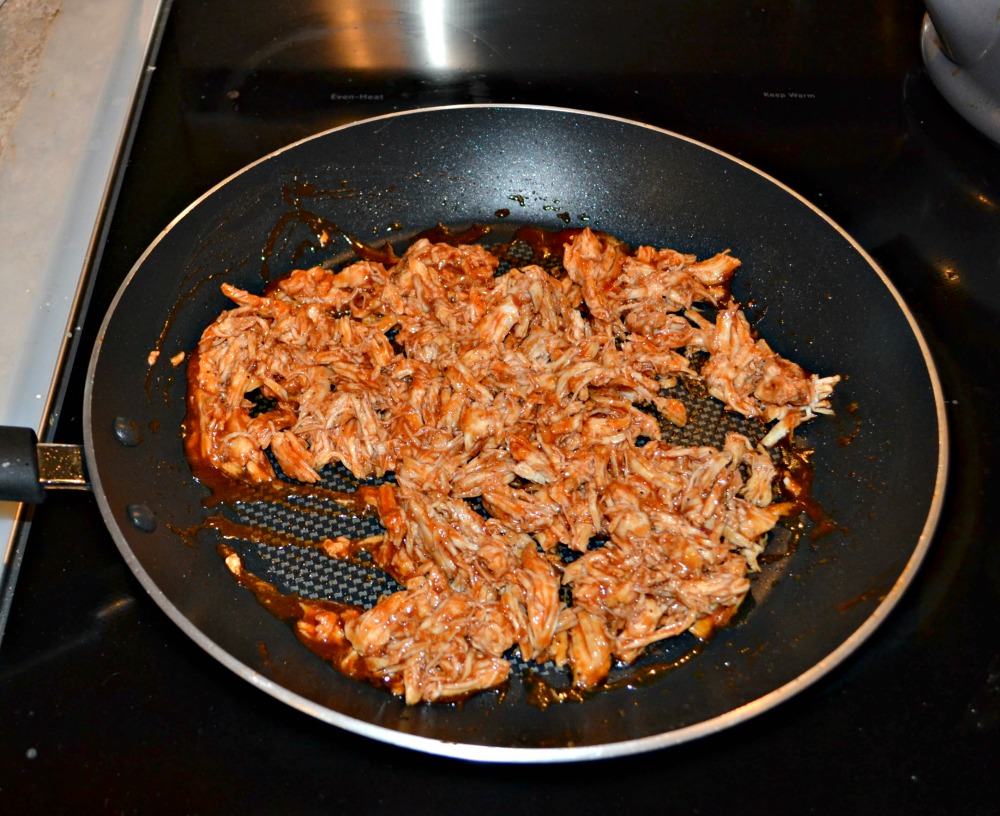 Ideally this recipe uses chicken that is already cooked so if you are making a chicken dish earlier in the week simply make double and put the leftovers in the refrigerator.   Since I didn't have leftover chicken I simply boiled mine in chicken broth for 20 minutes then shredded it.  It's not my favorite method of cooking chicken but it's the fastest way to make chicken that's easy to shred.

If you are making the chicken fresh you can cook it while you make the pickles and the slaw.  The slaw is a very simple combination of cabbage, vinegar, and onion.  It's a vinegar based slaw instead of a creamy based one.  The pickles are just cucumbers, dill, and vinegar. 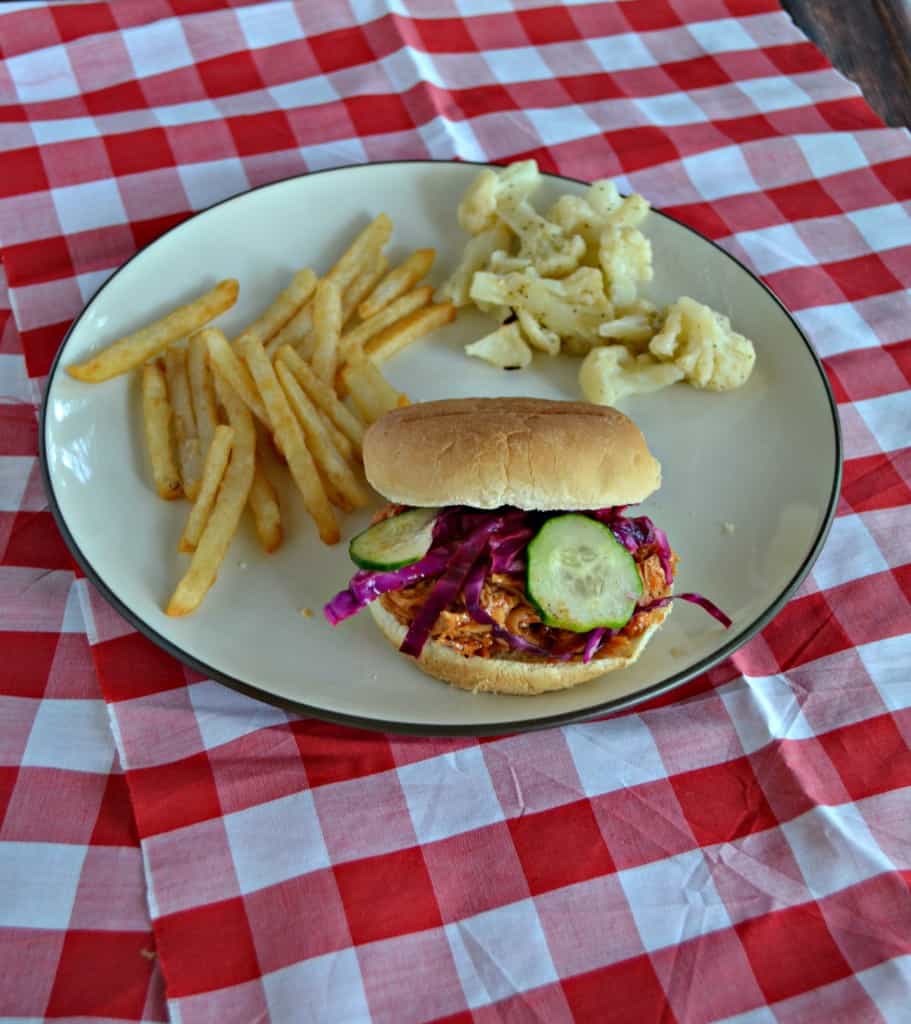 The chicken is tossed with a sweet and slightly spicy homemade BBQ sauce.  Then the BBQ chicken is piled high on a bun along with the pickles and slaw and that's it!  You can add lettuce and tomato if you want but this sandwich really doesn't need anything else.   The crunch of the slaw and the pickles is awesome with the BBQ chicken.   This may be one of my favorite chicken sandwiches ever!

For the Slaw and Pickles:

For the BBQ Chicken: 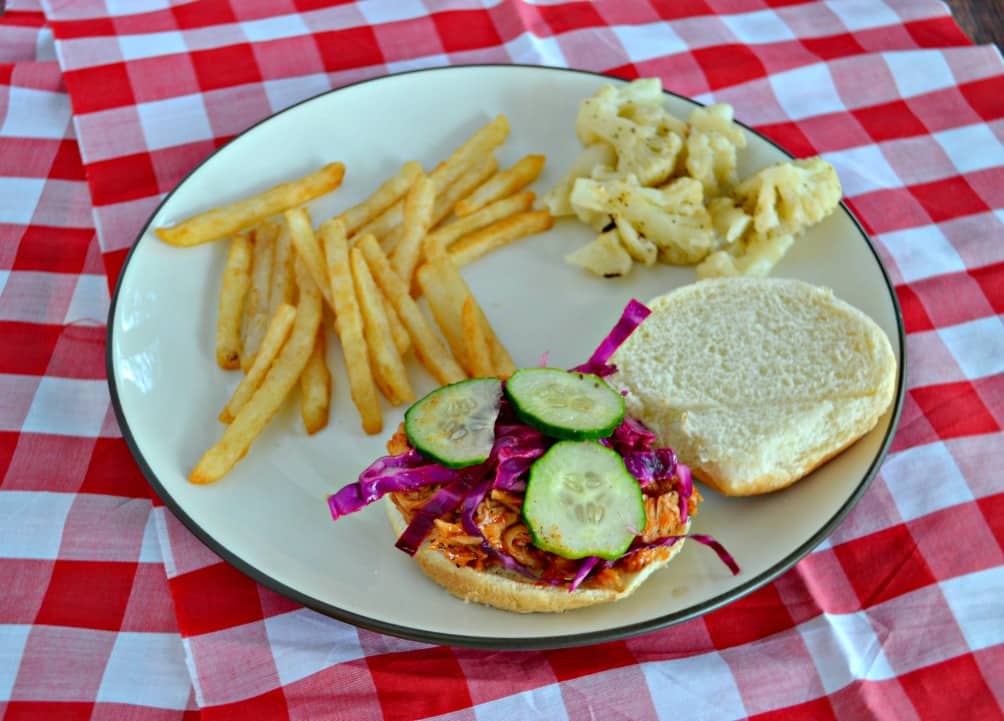