It's peach season!   I'm so excited because there have been fresh, juicy peaches at the farmer's market for the past few weeks.   I love getting a great big peach, biting into it, and tasting the juice burst into my mouth.  That is the taste of late summer.  After buying a huge basket of peaches at the farmer's market I brought them home to make them into a baked good for Labor Day.  I've been thinking about grilling peaches and I thought they'd be great in a cupcake topped with a white wine based frosting. 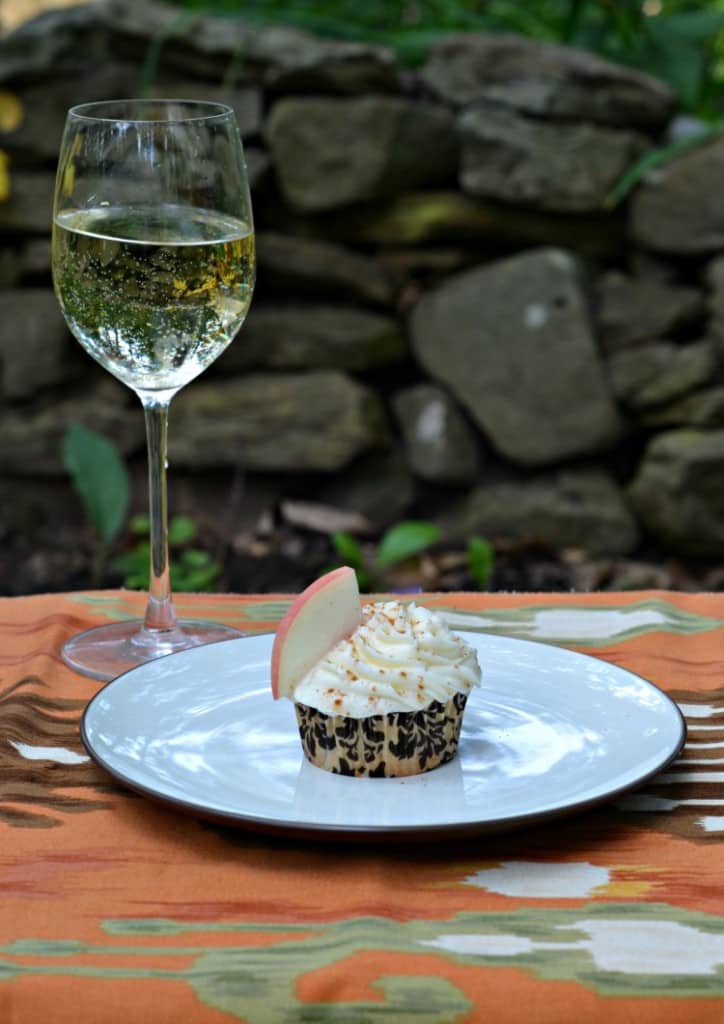 I grilled the peaches first.  I've never grilled peaches before so that was an adventure itself.  I'm glad I sprayed a little oil on the grates before grilling them because even with the oil they stuck a little bit.  After taking them off I drizzled the extra peach with honey, butter, and cinnamon for a special treat.  Yum!  Thankfully I didn't eat them all and was able to let the remaining peaches cool while I browned the butter for the cupcakes. 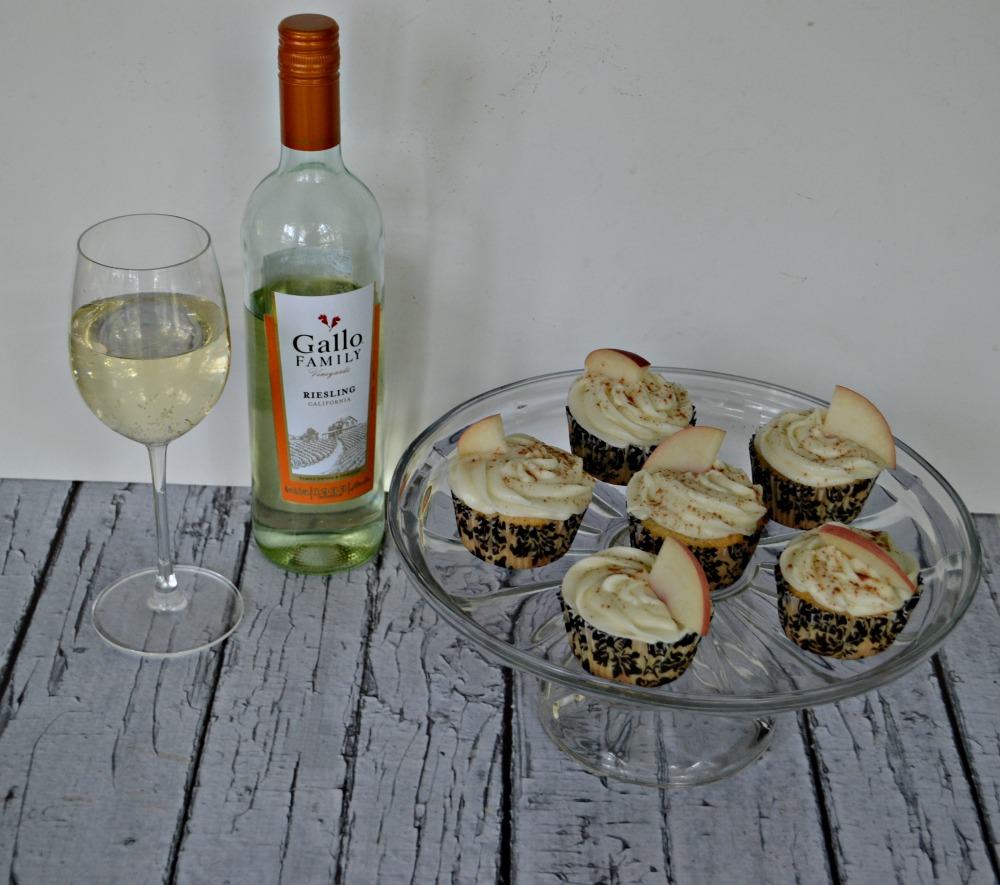 I happen to think that brown butter makes everything better.  The smell of the butter gets nutty as it browns and the saltiness is brought out.  It's absolutely amazing in baked goods like these grilled peach cupcakes.   I whipped up the rest of the cupcake and then folded in the grilled peaches.  While they were baking in the oven I worked on the Riesling frosting. 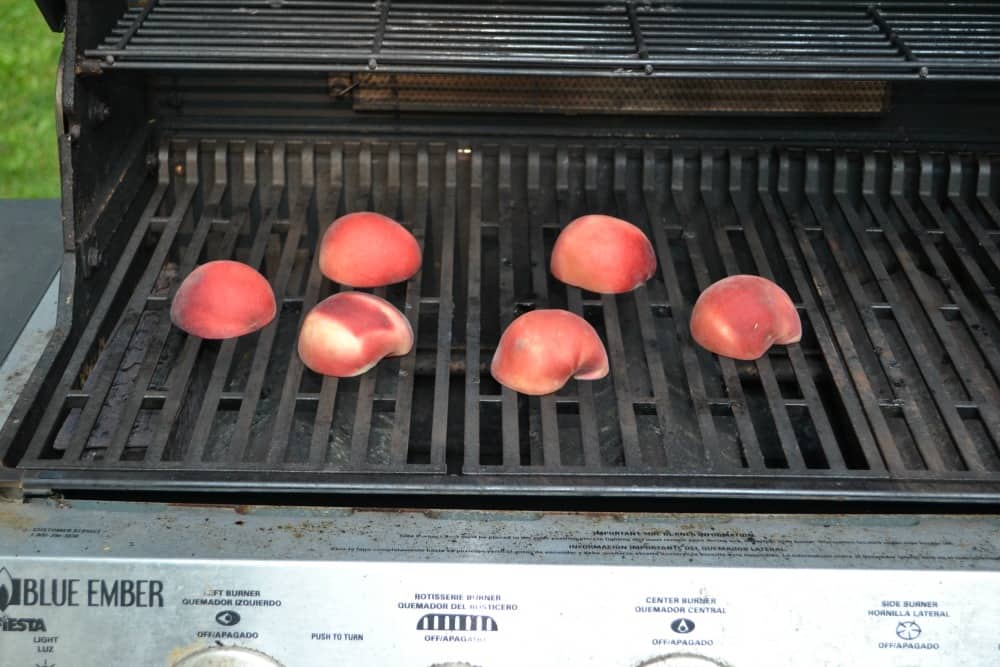 I went with a light cream cheese frosting, using less then half cream cheese to butter ratio.  Then I added in the Riesling until I had the consistency I wanted.   There were subtle hints of the Riesling in the frosting but it wasn't overpowering at all.   I piped the frosting on top of the cupcakes and sprinkled it with cinnamon.  I topped a few of them with fresh peach slices as well.

I knew my family was going to love the buttery flavor of the cupcakes mixed with the grilled peaches.   Especially when it's all topped off with a lightly fruity Riesling frosting and sprinkled with cinnamon.  I have to admit, this is one of the best cupcakes I've ever made!  The flavors are just amazing together.   I'm glad I made a batch before Labor Day so my husband and I could relax on the porch with one of these cupcakes and a chilled glass of Riesling.   I'm sure once I take them to my parents for Labor Day they'll be gobbled up in minutes! 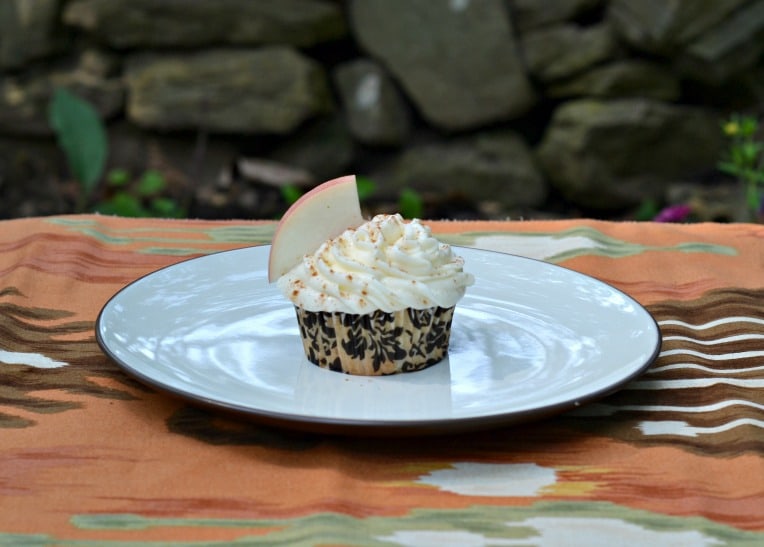 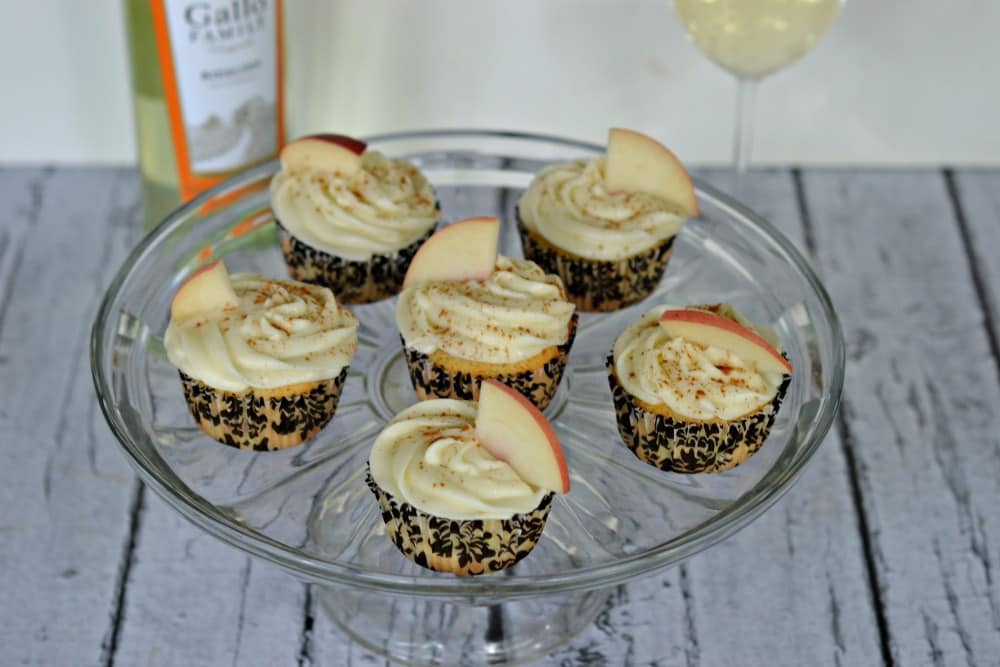