When someone says healthy dessert I often pause because in reality this is an oxymoron.  Most people consider dessert as something sweet that you wouldn't eat every day and they are often full of fat and calories.  I was trying to think of a healthy dessert that would be appropriate for a brunch. 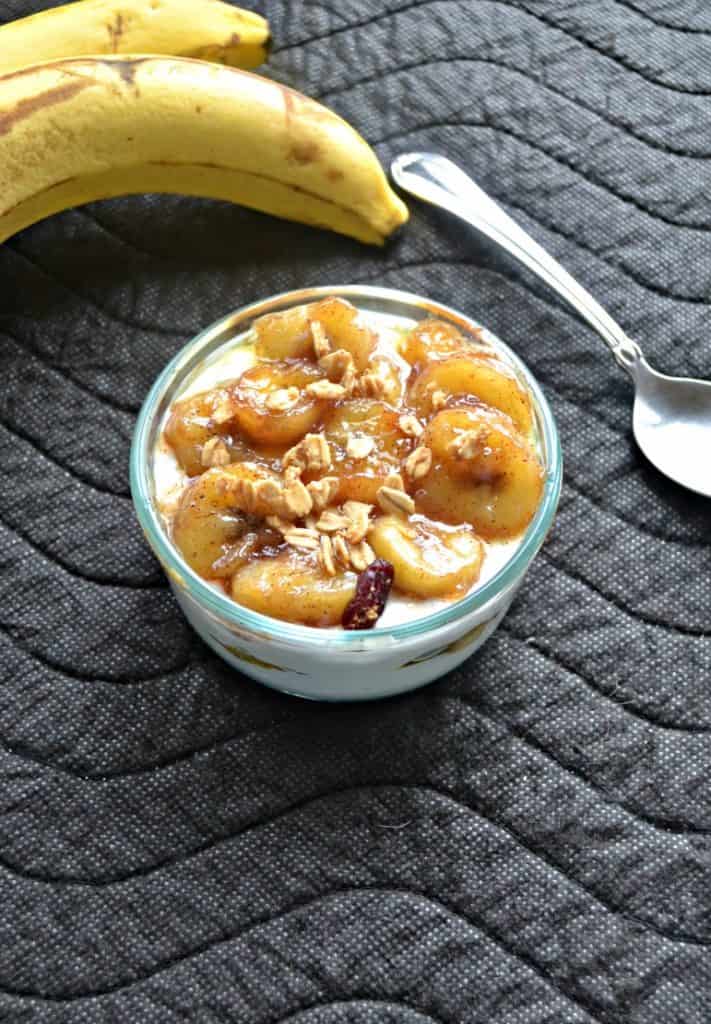 I thought of maybe making a fresh fruit pie but pie crust is definitely not healthy.  Then I thought of going with a berry crisp which I could make healthier but I was really stuck.  After searching through hundreds of recipes what I came up with is Caramelized Cinnamon Bananas over Yogurt. 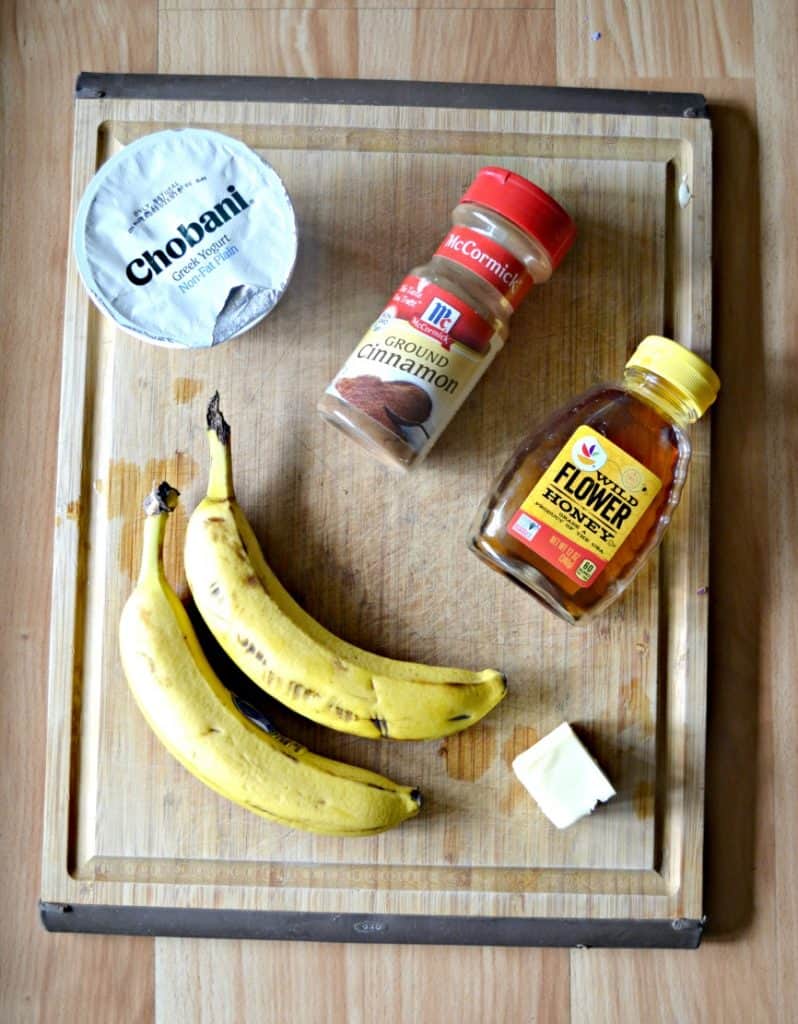 The caramelized cinnamon bananas are awesome.   While they are sweetened and do have a little butter in them I'm saying that if you use them in moderation on top of your yogurt it's still fairly healthy.   The bananas are sauteed in butter, honey, and cinnamon until they get a sticky brown coating on both sides.

The bananas end up having just a bit of a crunch and are seriously delicious.  You could put them over top of ice cream, waffles, pancakes, or even use them to stuff a crepe. 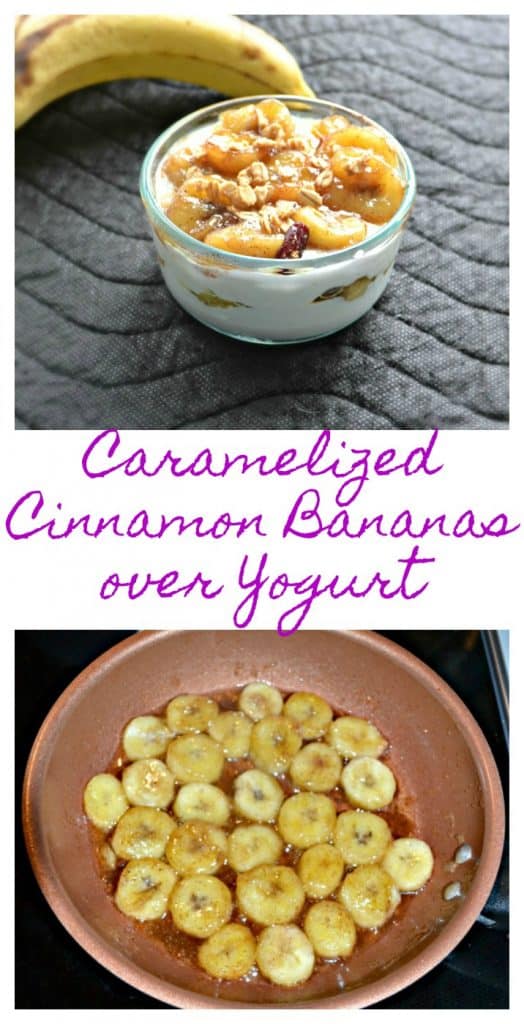 Recipe from One Little Project 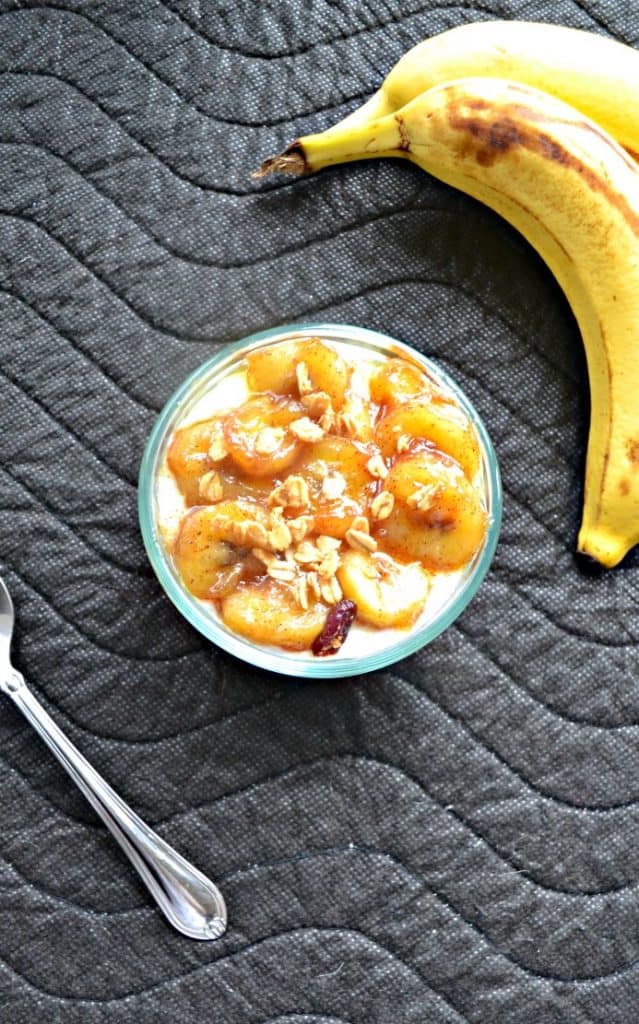