Stop buying frozen home fries and make your own with fresh vegetables and spices in less than 30 minutes! 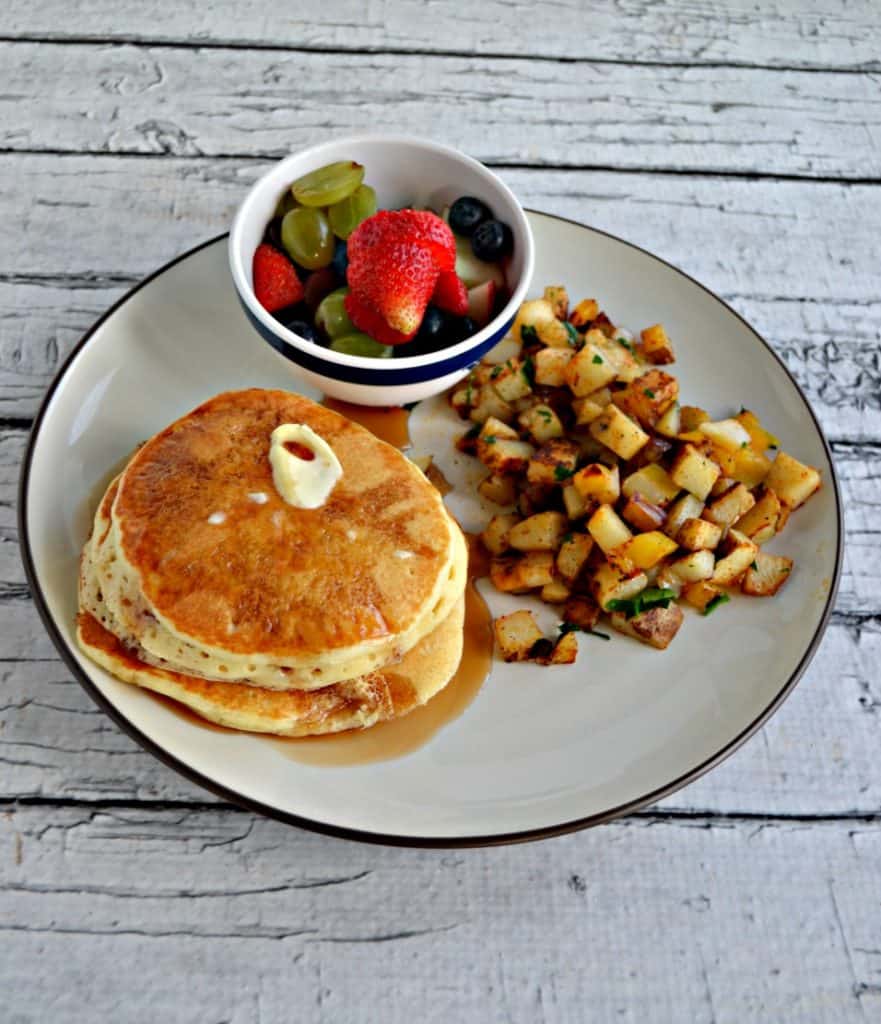 While I don't normally make a big breakfast I do tend to make breakfast for dinner at least once a month.  We always have my old fashioned pancakes, either bacon or sausage, home fries, and fresh fruit.   I usually keep a bag of home fries in the freezer but when I went to take them out last week I found out they were all gone. 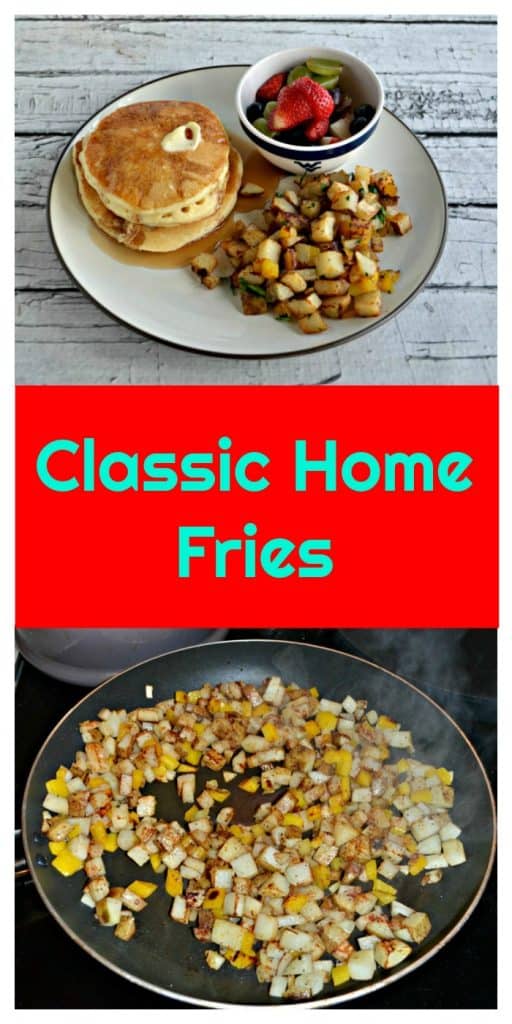 I took a few of the potatoes out and diced them into half inch cubes.   I added some salt and pepper and then sauteed them in olive oil until they started to get tender.

Then I grabbed an onion and a bell pepper out of the crisper and diced them up.  I added them to the potatoes along with some seasonings and cooked them until the potatoes were soft on the interior but starting to crisp up on the outside. 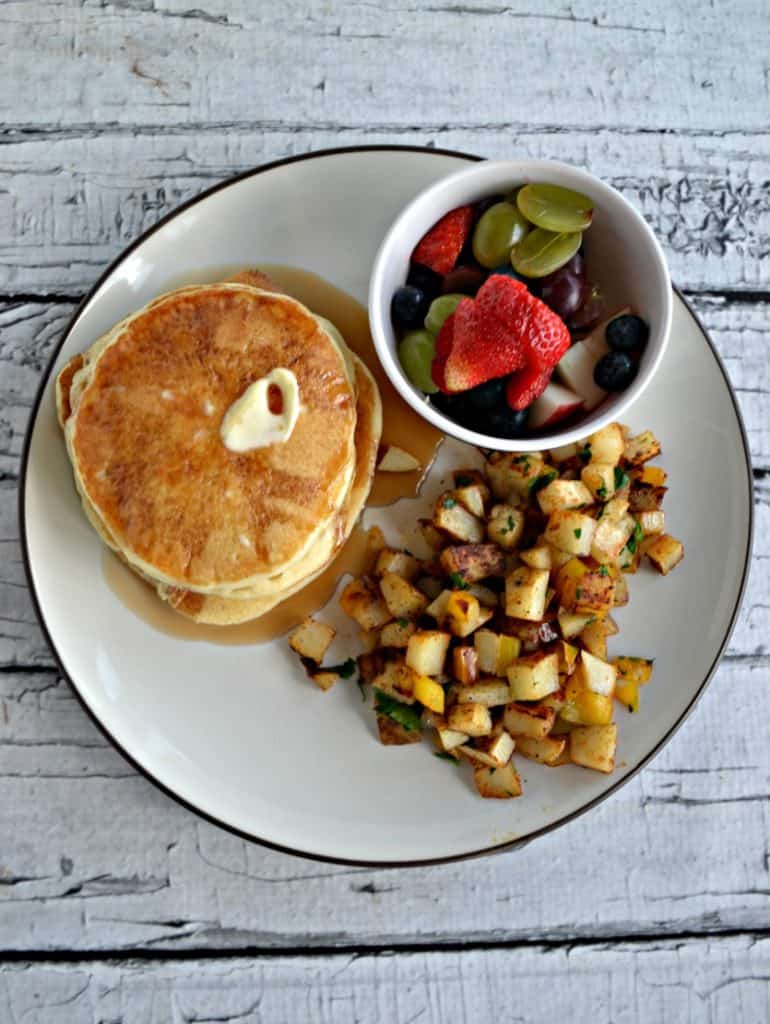 I served the home fries with a side of ketchup and man were they delicious!   They had so much more flavor then the ones I buy frozen and they were crisp on the exterior but had a soft middle.   I'm not sure why I've never made them before!

I can tell you one thing, I won't be buying frozen home fries again.  From now on it's only homemade home fries for me. 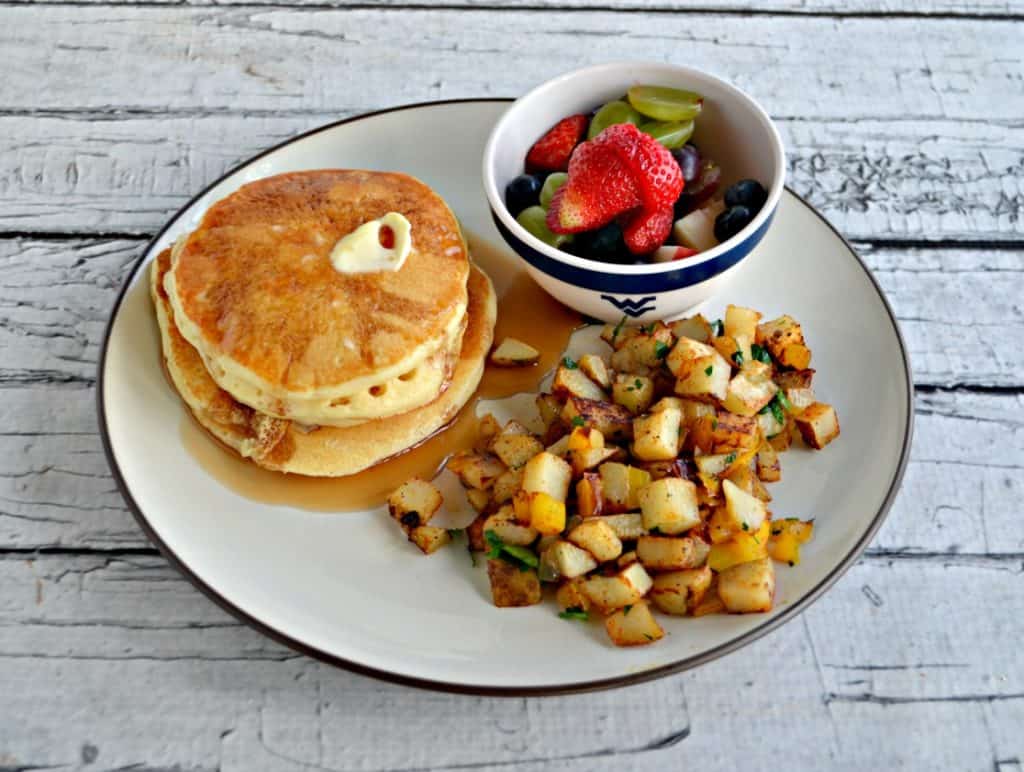