Brrrr it's getting chilly outside!   I was hoping it would stay warm through October but that doesn't seem to be happening.  When I arrived home from work on Friday I had soup on the brain.  I didn't know what I was going to make but when I walked into the kitchen I saw this weeks CSA.  We had a container of potatoes, a container of broccoli, a few heads of lettuce, swiss chard, 2 large tomatoes, a bunch of scallions, and tri-colored carrots. 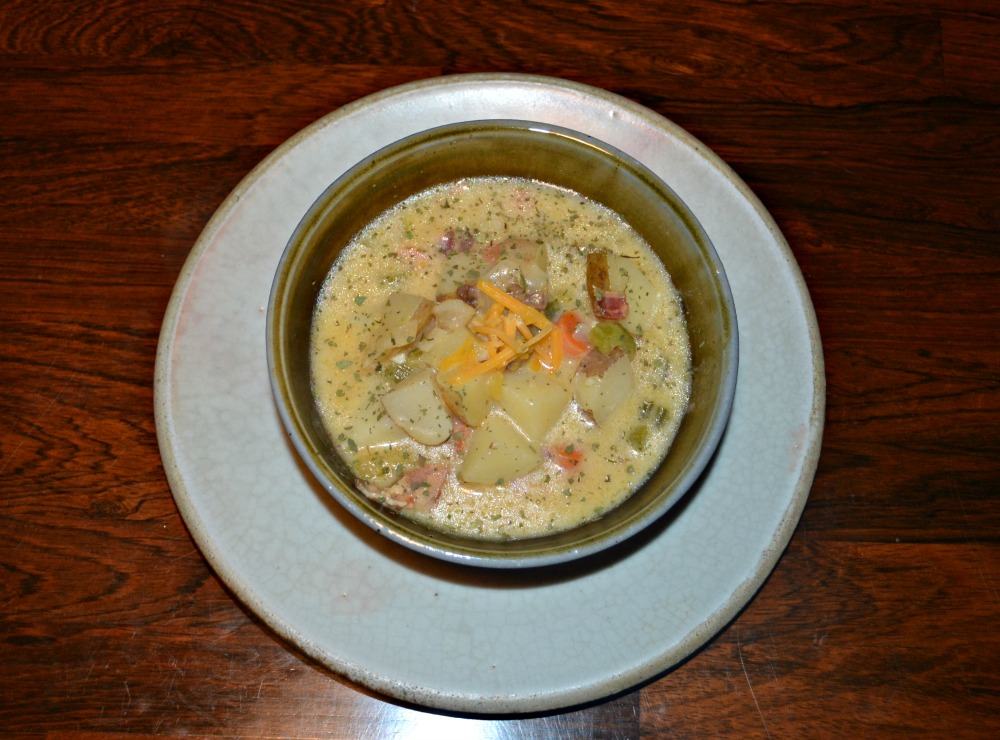 I was so excited to see those potatoes because I immediately wanted potato soup.   I've made many potato soups over the years so I wanted something a little different.   This Cheddar Beer Potato soup was perfect for the cool fall weather.  I was also able to use many of the vegetables I had in the refrigerator in this soup so it was a total winner. 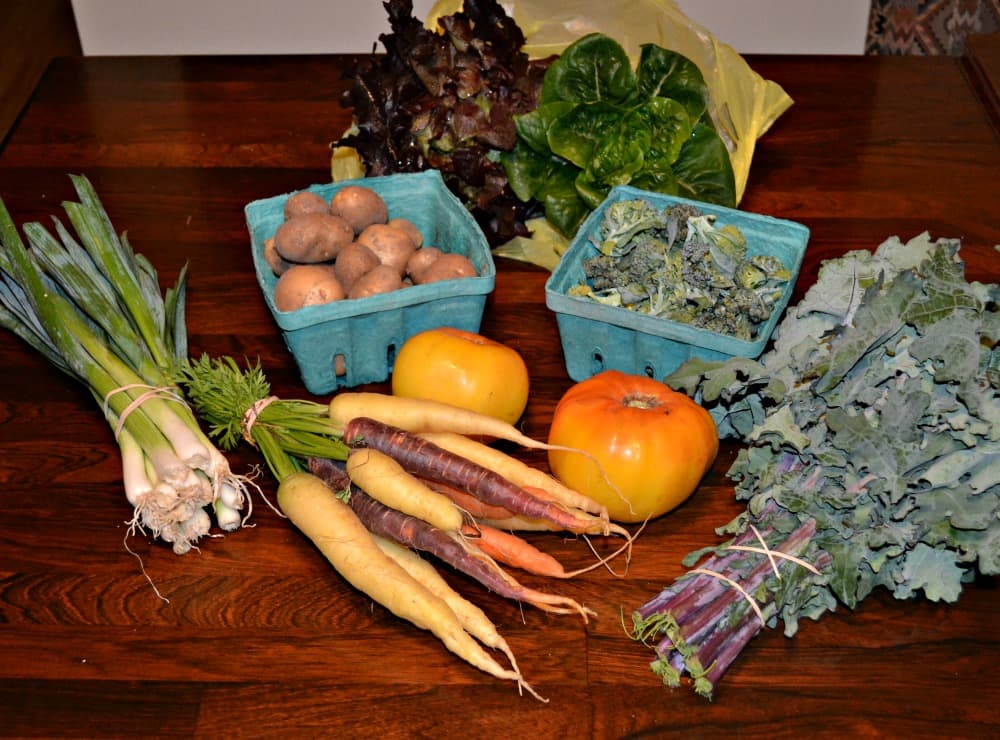 I included the carrots and potatoes from this weeks CSA, and celery, onions, and a squash from last weeks CSA.  Then I added in some chicken broth, milk, and beer.   It also has some crispy bacon in it and cheddar cheese.   The resulting soup is so flavorful and delicious.   It's hearty enough to be a meal on it's own and I simply served it with some fresh rolls. 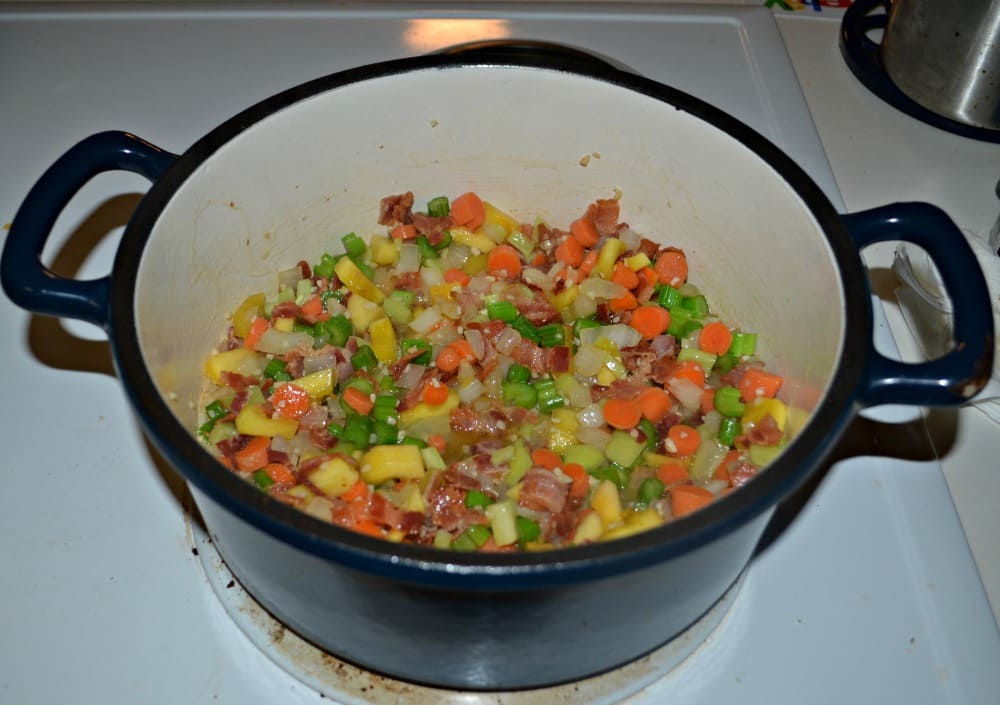 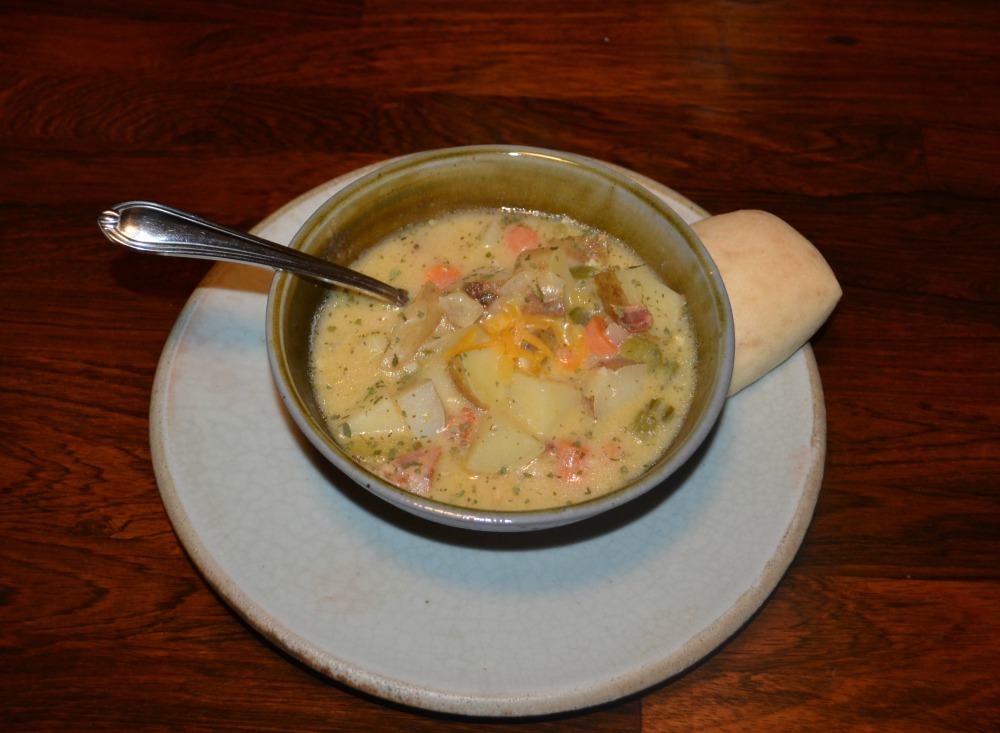