It's been so hot the last few days.  We usually get about 5 really hot days all summer long.   This summer it's either been rainy or hot.  In fact, this week we've had 5 really hot days in a row so we haven't wanted to turn on the oven or heat up the kitchen so I've been looking for recipes that are stove top and easy to make. 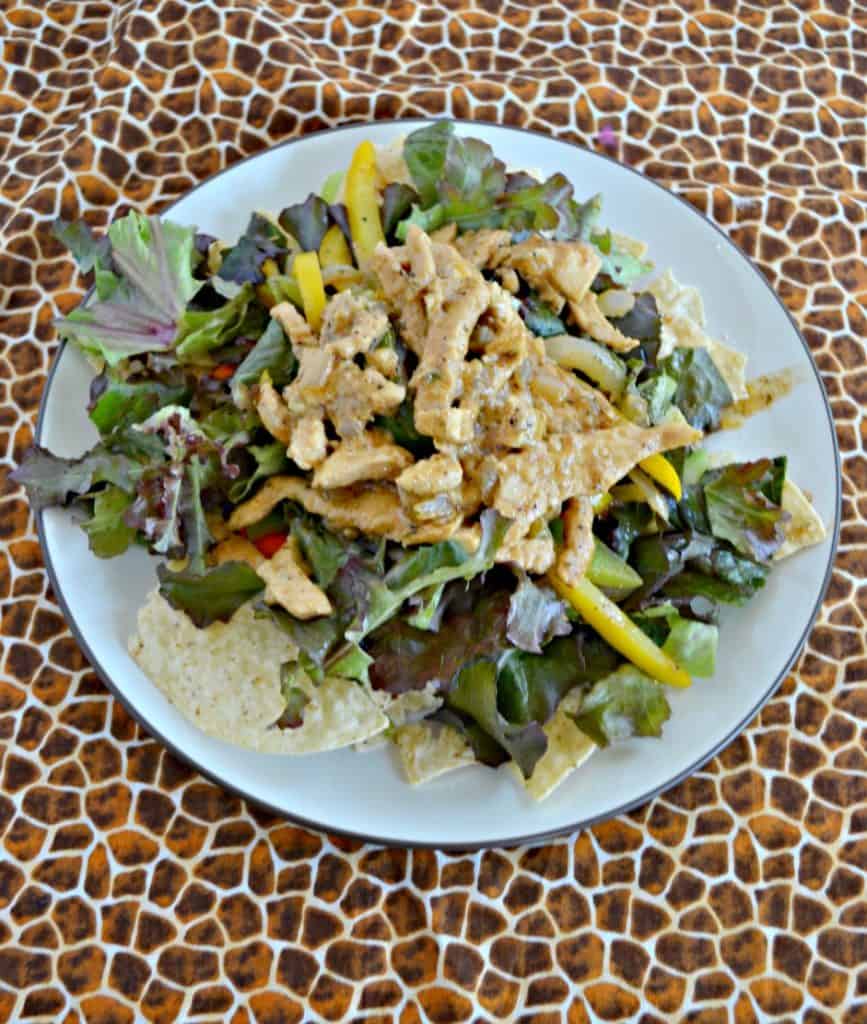 I often turn to entree salads when I need something on hot days.  We can either grill the meat or cook it on the stove top.  Then we use plenty of fresh vegetables from the farmer's market as the base.

I found a recipe for Chicken Nachos in Queso and decided to adapt it to make Chicken Fajita Salads with Queso.  I really had no direction as to where I was going with this when I started.  I made my salad base from lettuce, carrots, and celery and then I sliced peppers and onions because that's what goes in a fajita.  Instead of leaving them raw I sauteed them so it tastes like a fajita. 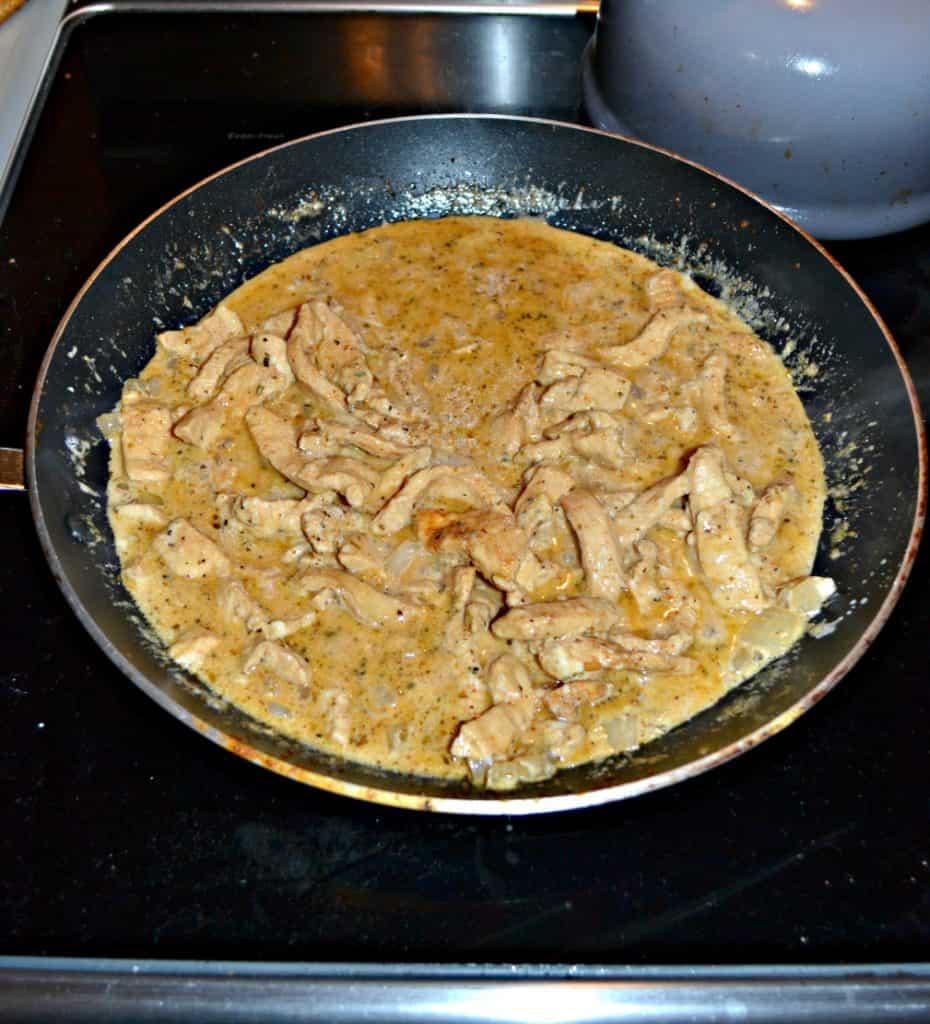 Then I made the chicken.  I didn't want an overwhelming amount of queso on it because it was going on a salad so I drastically reduced the amount of cheese and sour cream that went into the chicken.  I'll tell you what, this chicken is amazing.  It is bursting with flavor from the fajita seasoning and the cheese sauce.  It would be good on top of nachos, inside a soft taco, or on a hard taco shell. 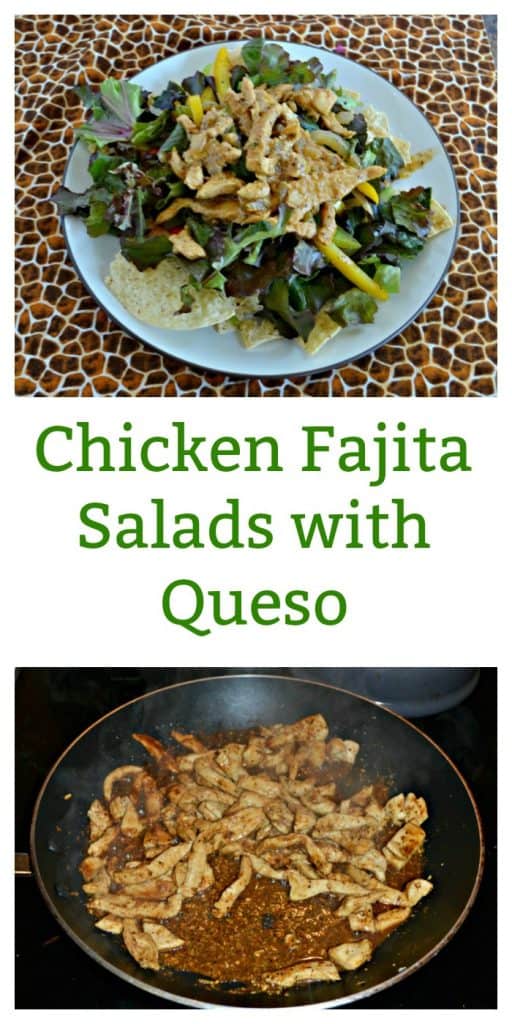 I put everything together on top of the lettuce and put some tortilla chips underneath.  This salad has so much going on that you really don't need any dressing but if you want some salsa is great for putting on top.  It totally tastes like chicken fajitas with queso on top of a salad. 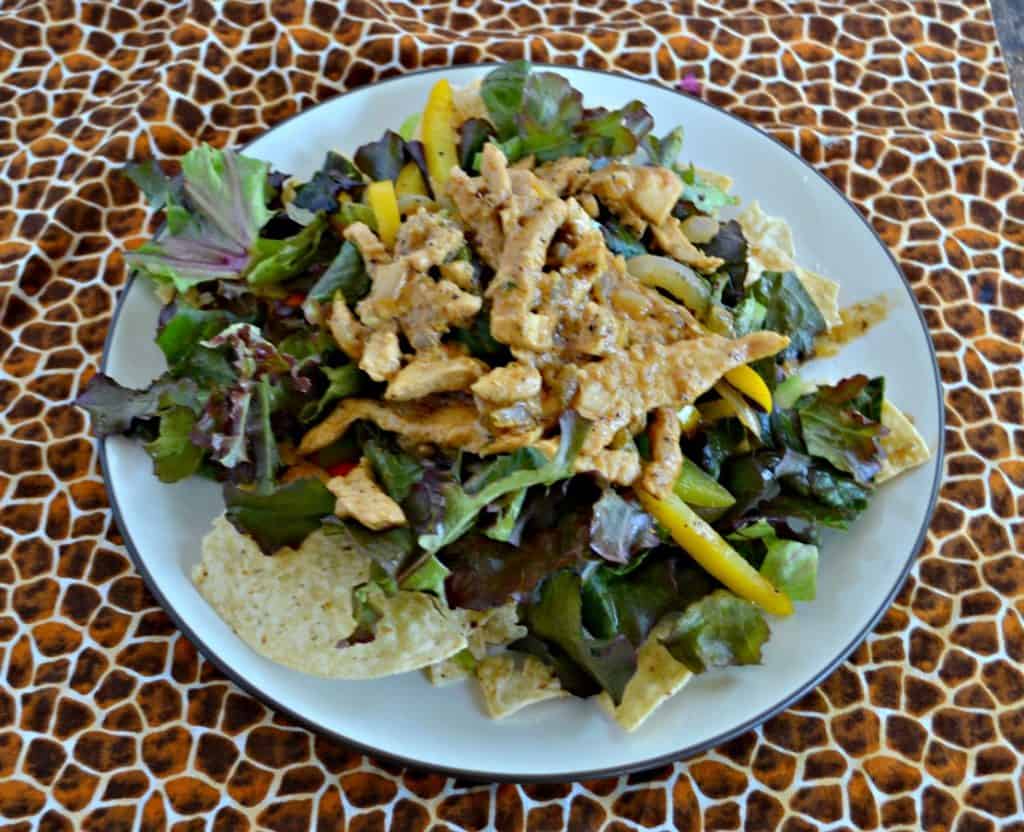 My husband and I usually eat most of our salads but almost always have some of the vegetables leftover.  That wasn't the case with these.  Both of us ate every single bite on our plates so you know these were good!  I'm putting these on our monthly rotation because they were so tasty.

For the Chicken with Queso:

Recipe for the chicken adapted from Rachael Ray Magazine, everything else is a Hezzi-D Original recipe 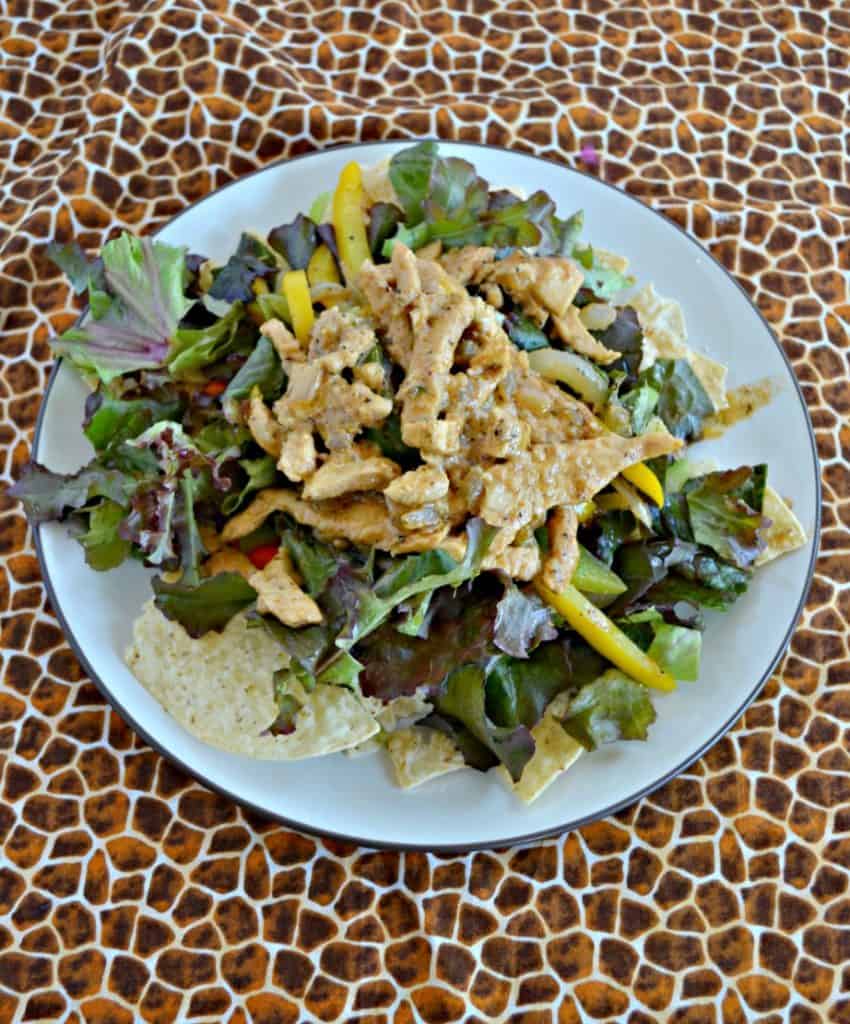