We've all heard of fusion cuisine but how many of us really like it?   I'll be honest, the first time I had it was in Hawaii on our honeymoon at Roy's.  It's a Hawaiian fusion restaurant that has several locations around the United States.  I had an amazing vegan plate there that was out of this world. 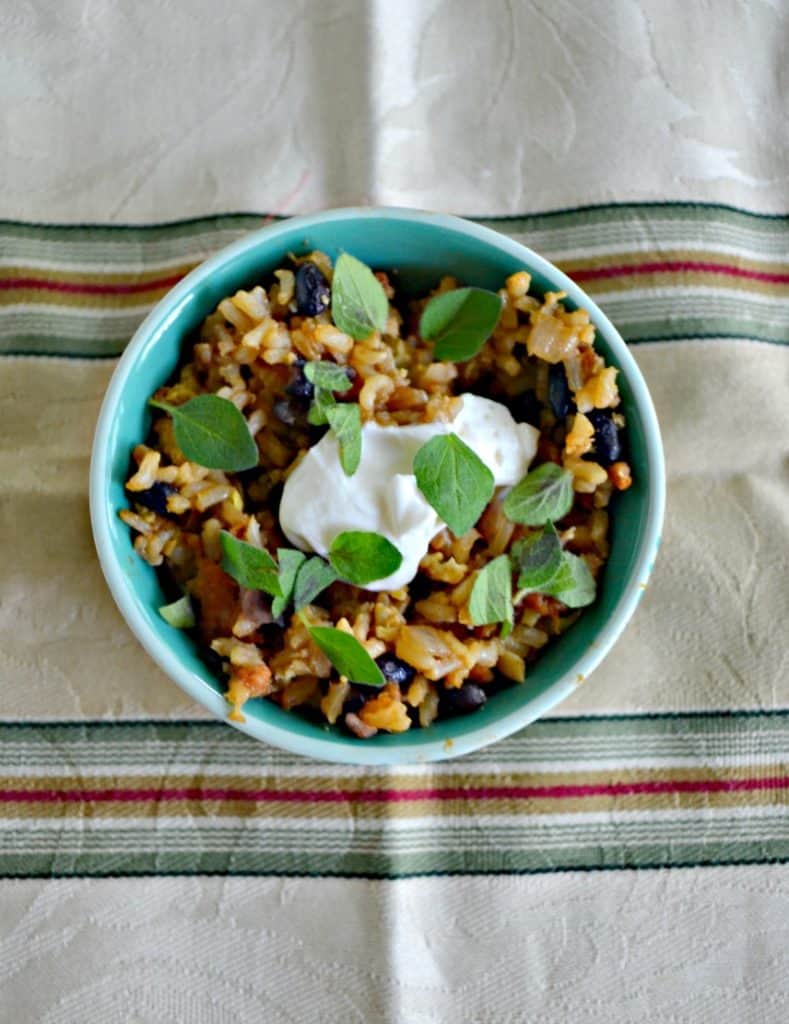 Since then I feel like fusion cuisine has been a bit of a buzz word.  I've seen it plenty of places.  There's Mexican stuffed shells and Asian burgers and Sushi Burritos.  You can pretty much combine any two ethnicities of food and just go for it.

So when I found a recipe for Chorizo Fried Rice it sounded like a delicious mash up of Asian and Mexican food which happen to be two of my favorites.  Since rice is a big part of both Asian cooking and Mexican cooking I thought this was a great way to create a fusion dish.  The Asian part comes from the soy sauce, rice, and egg while the Mexican part comes from the chorizo, cilantro, and black beans.

I'll admit as I was cooking this up I was thinking about how weird it was.  It smelled really, really good though so I just kept on.  The recipe called for a poblano pepper but I had some fresh banana peppers from my garden so I used those instead.  The recipe also calls for sour cream on top which I did once and while it was good I preferred my rice without it. 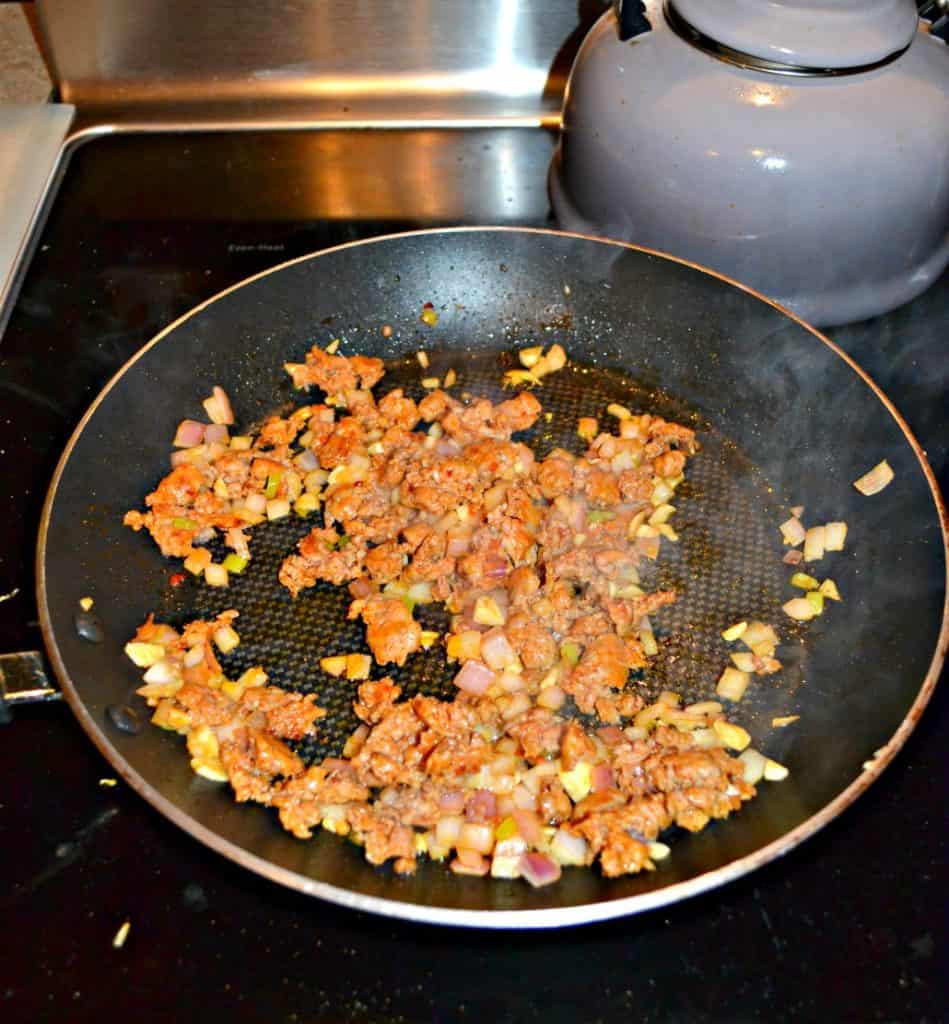 When I told my husband what I had made he said it sounded really good but weird.  I had to agree with him there.  He took a bite, then another, and told me that it was really good but an odd combination.  He had 2 servings of it so I say he enjoyed it!  I even gave Baby J some and he ate it all, even the spicy chorizo.  In fact, he couldn't get it in his mouth fast enough. 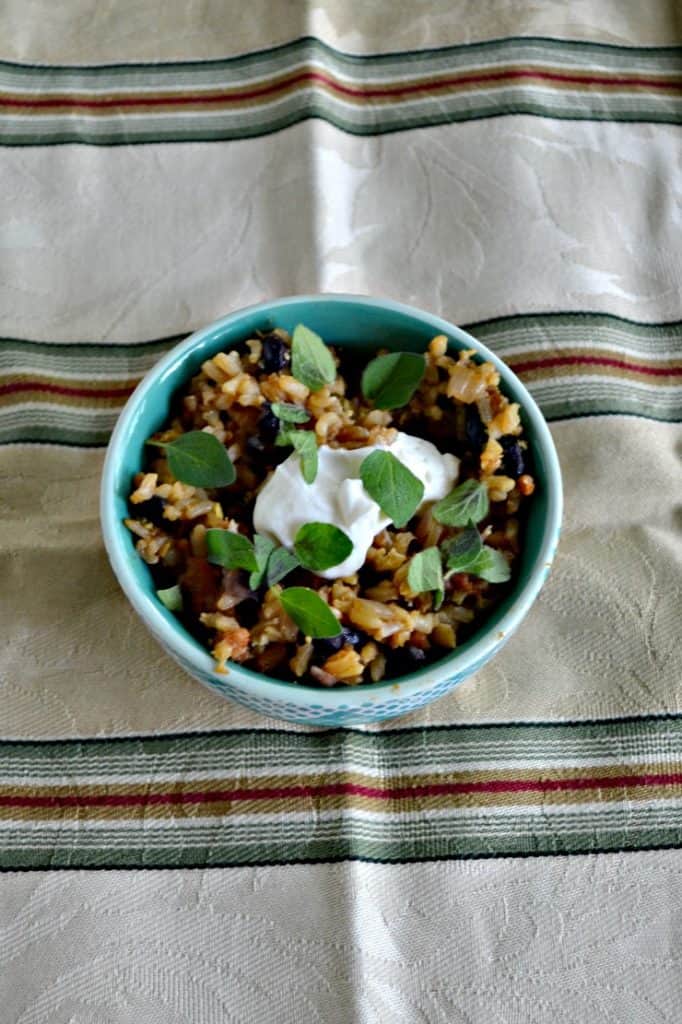 So if you are into trying fusion cuisine make sure to put this one on your list.  It's going to be a keeper in our house! 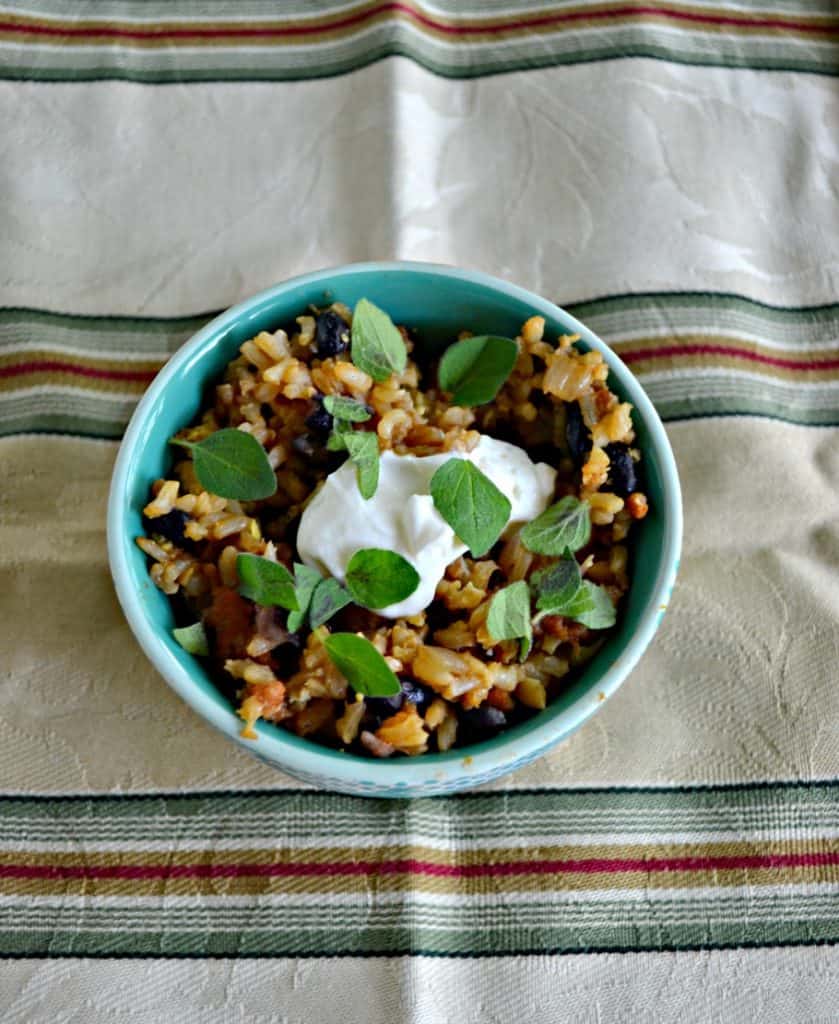