One of my favorite things to get whenever we go out to an Asian restaurant is an egg roll.   Unfortunately not all egg rolls are created equally.  I cannot stand when I order an egg roll and it comes out either cold or rubbery.  That's something I just can't eat. 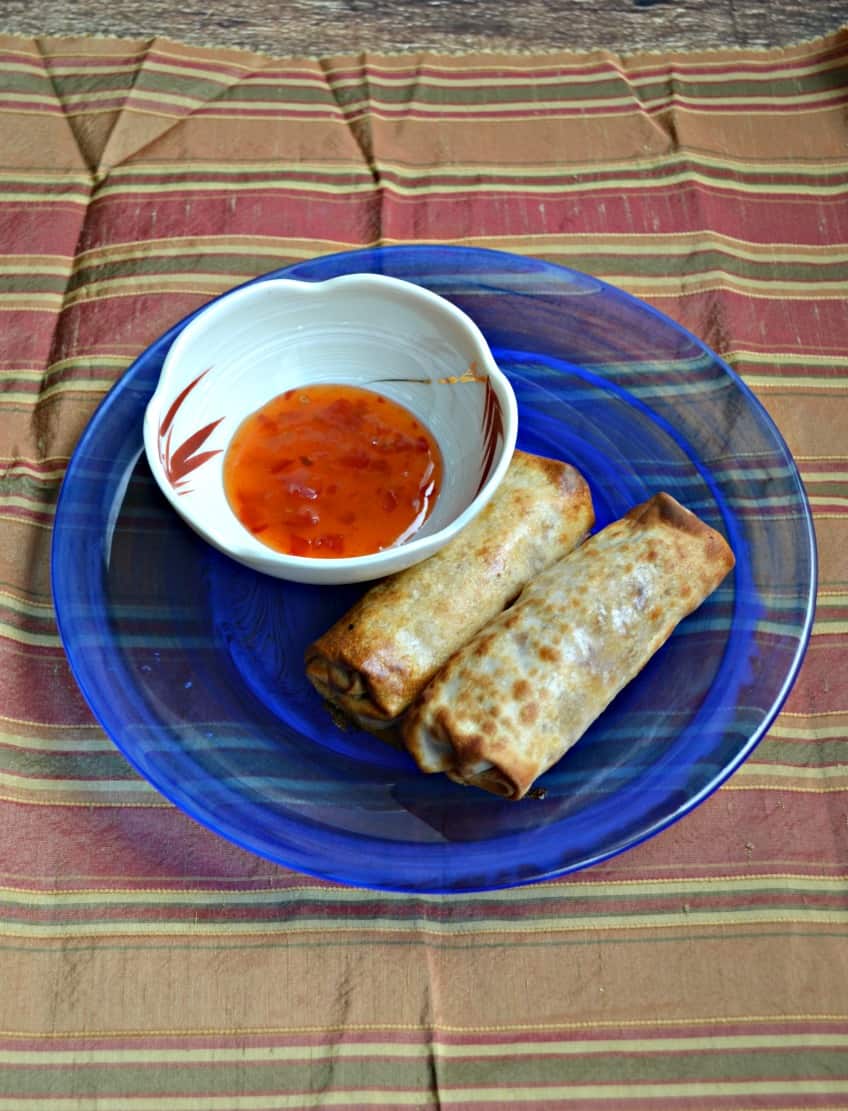 My favorite egg rolls come from a place in town.   They are usually crispy, piping hot, and delicious.  Lately though they have been extra greasy which I'm not feeling.  They are still hot, still crispy, but they are just dripping with oil.   If the cooks would just let them drain for a minute instead of throwing them right into the bags they would be great.

At home we've been hit or miss on the egg rolls we make.  Sometimes they are decent and other times they are really bad.  We've tried several different brands in chicken, pork, and vegetarian.  We haven't been able to find any consistency so I've finally given up and have been on the hunt for a great egg roll I can make at home.

These Crispy Pork Egg Rolls are totally worth the effort!   I like to make a big batch of 16-20 egg rolls and freeze them in batches of 2 or 3 and just pull them out and use them as we need them.  It's nice because it does take some time to make them so being able to freeze enough for 5 or 6 meals is awesome.   These freeze well and cook up nice and crispy. 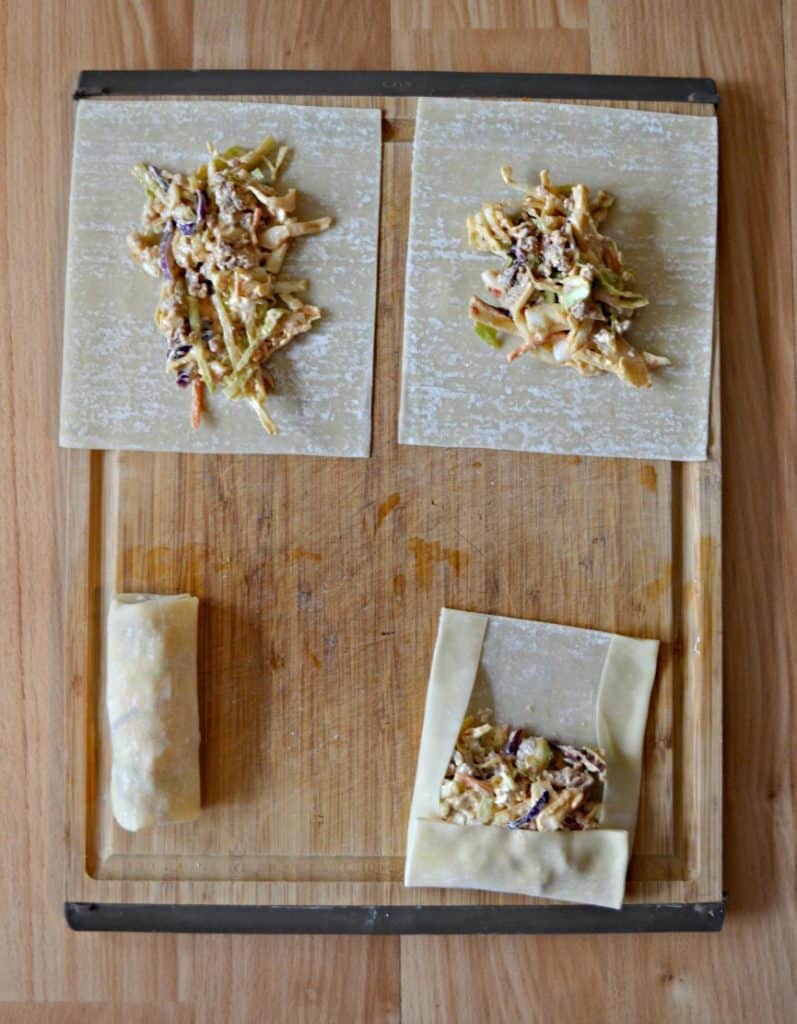 Making the egg rolls for the first time I was a little concerned as they have cream cheese in them.  I know, I know; that sounds totally weird but trust me, it works.  I think it helps to balance out the spicy chili sauce.  I did really reduce the amount of cream cheese as I thought the amount the recipe called for was insane and I definitely made the right call. 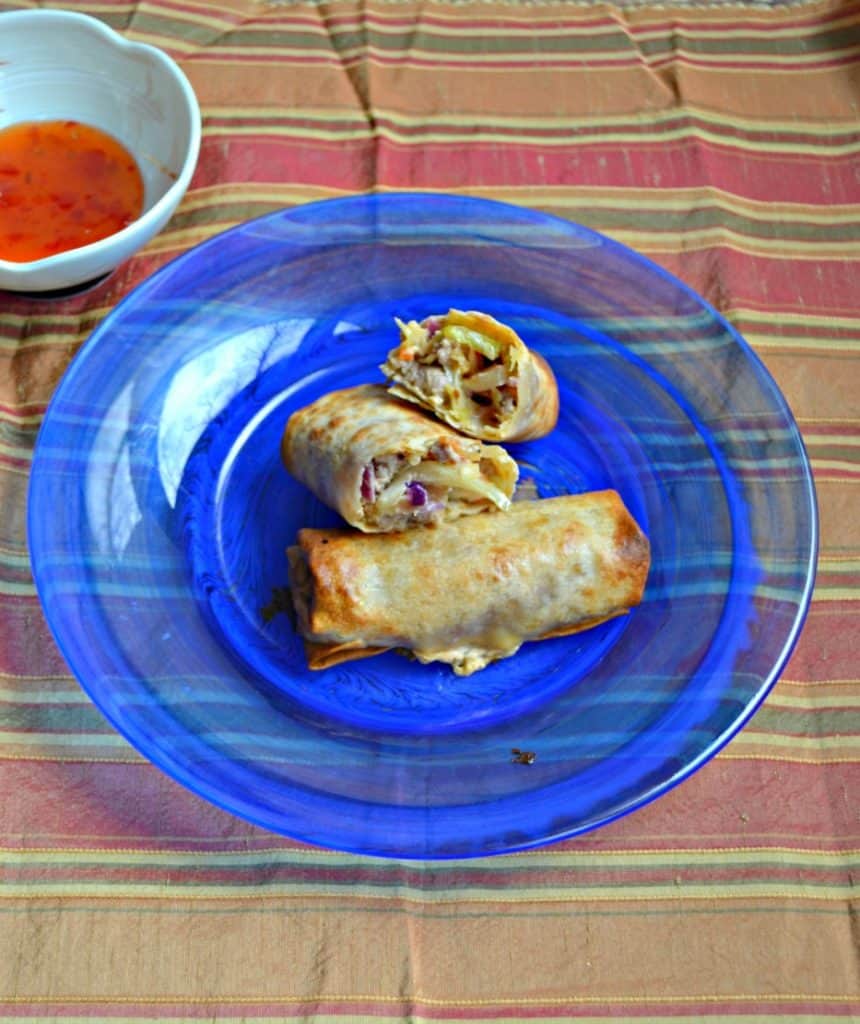 These egg rolls turn out crispy on the outside and get piping hot inside. Inside the rolls are ground pork, cabbage, cream cheese, and a ton of sauces and flavors.   They are spicy and creamy and totally delicious.  While you can fry them in oil I prefer to cook them in my Air Fryer.  It makes them crisp without all the oil and they still taste great.

Recipe adapted from Taste of Home 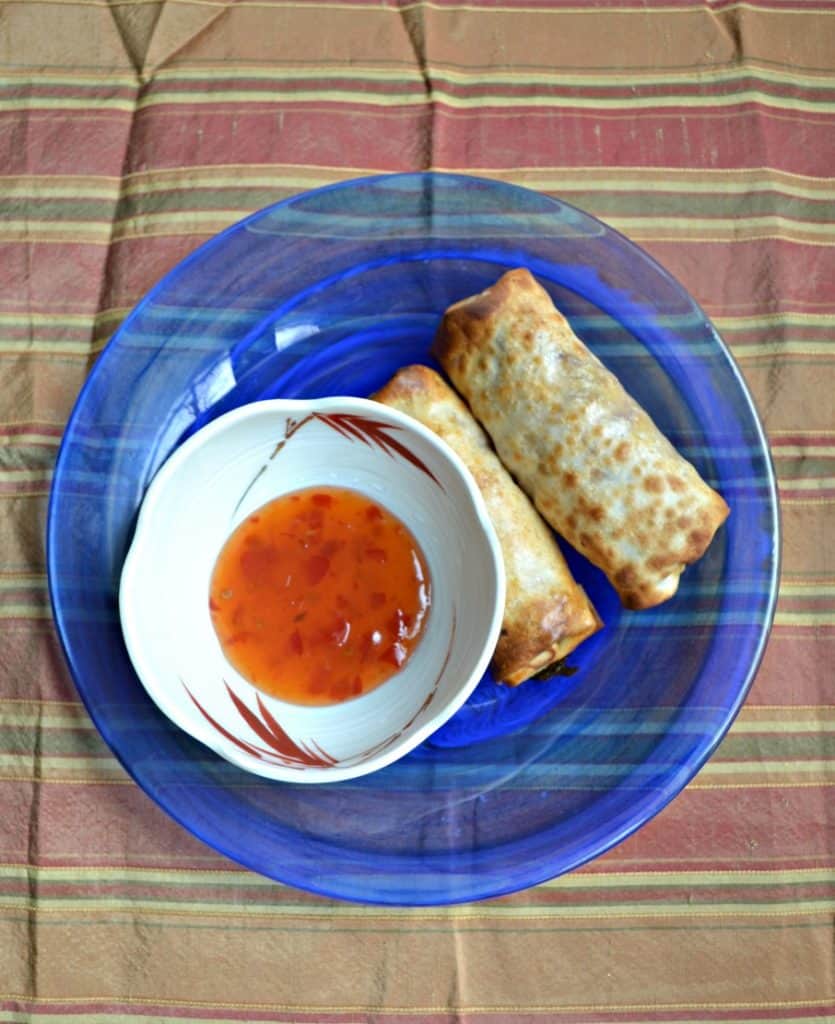