This post and recipe was created for #HalloweenTreatsWeek! I was sent samples by some of the sponsor companies but as always opinions are 100% mine

Have you ever seen a sugar skull?   They are most often featured in bright colors and are used for the Day of the Dead celebrations.  More and more they are also being used in Halloween celebrations as well.  You can find them on candles, on baked goods, as Halloween costumes, and in decorative pieces. 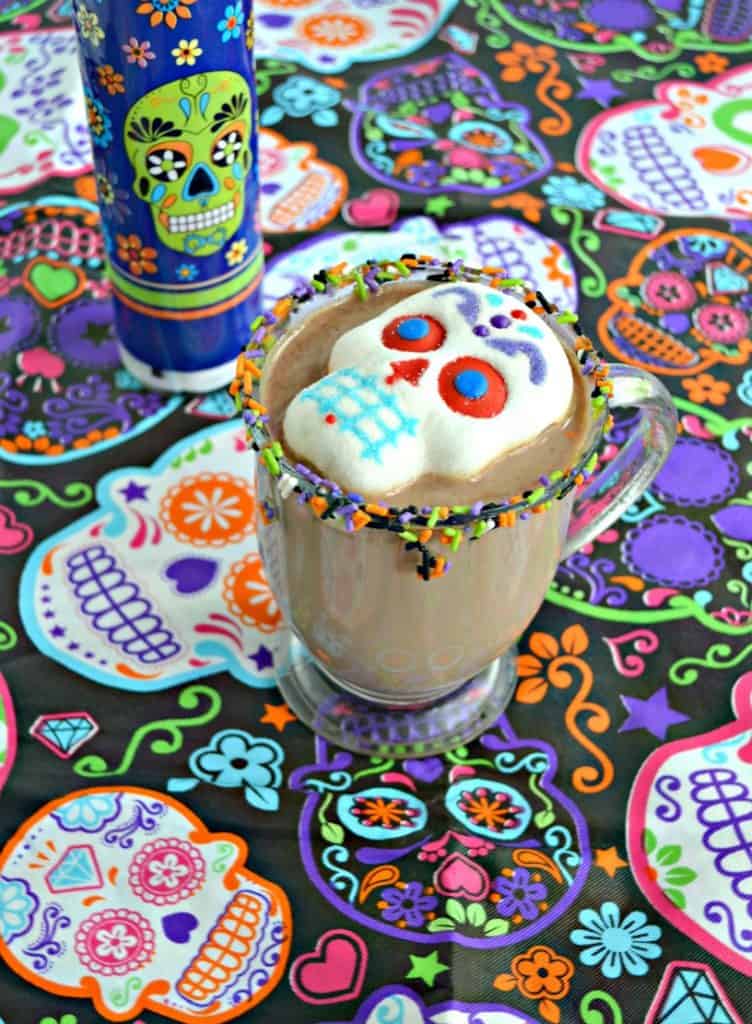 The Day of the Dead is a Mexican holiday where families and friends get together to remember their friend and family members who have died.  They view it as a day of celebration as they think their loved ones come back and help them celebrate that day.  So when I saw these super fun Sugar Skull Marshmallow Pops from Treat Street I already had several awesome ideas for what to make.

My first thought was to make a Day of the Dead Cake but then something told me marshmallows plus hot cocoa would equal a big win.  I didn't just want to make traditional hot cocoa either so instead I whipped up a Mexican Hot Cocoa in honor of the Day of the Dead.  Mexican Hot Chocolate is a little different then regular hot chocolate because it has cinnamon and chili powder in it to bring the spice and heat.

This Day of the Dead Mexican Hot Cocoa takes just a few minutes to make but is such a fun treat.  I dipped the rim of my mug in chocolate syrup and rolled it in Sweets and Treats Monster Mash sprinkles to give it a spooky feel.  Then I made the hot cocoa with cocoa powder, Dixie Crystals granulated sugar, cinnamon, chili powder, and nutmeg.

I poured my Mexican Hot Cocoa into the mug with sprinkles and then topped it with the sugar skull marshmallow.  I simply pulled the marshmallow off of the stick and let it float in my hot cocoa.   It was both creepy and really cool looking.   I loved that it took a really long time for the marshmallow to melt so you could see the skull the entire time I was drinking the cocoa.  However, the bottom of it did melt and made a thick marshmallow layer on top of the cocoa that was so delicious. 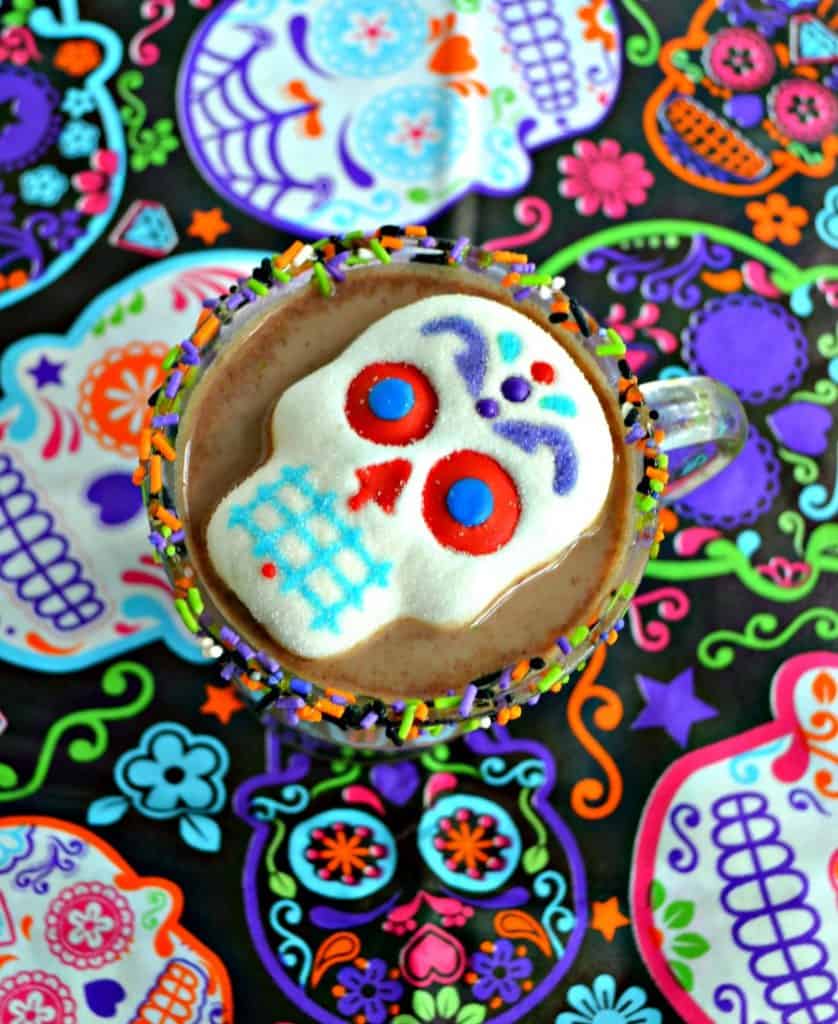 Kids and adults would appreciate this Day of the Dead Mexican Hot Cocoa after going out trick or treating on Halloween or while inside celebrating the Day of the Dead.  No matter what the occasion, it's a fun treat to serve! 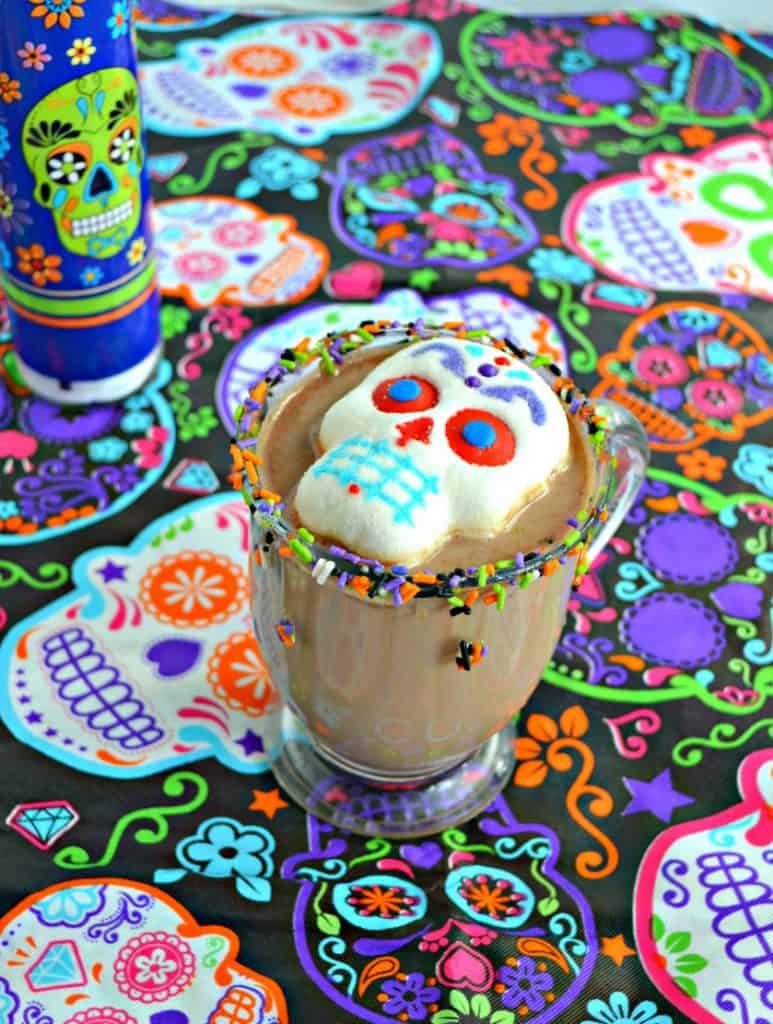