Sometimes I have a great idea for a cupcake in my head but when I go to execute my idea it doesn't turn out the way I was hoping.  That was the case with these Hocus Pocus Cupcakes.   I had several ideas in my head but when I went to look for the ingredients it turned out I didn't have everything I needed.  I ended up changing my idea several times including as I was decorating the cupcakes. 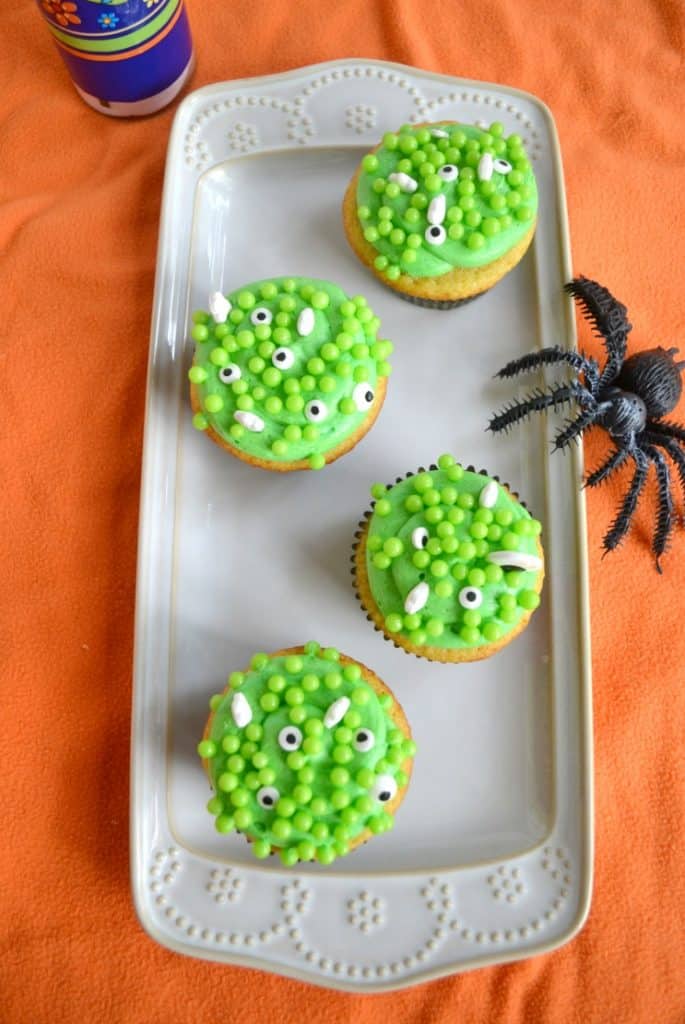 The cupcake is just a basic vanilla cupcake.   I used Adams Best Vanilla Flavor to give the cupcakes a rich vanilla flavor.   I put them in black cupcake liners to symbolize witches cauldron's since these are Hocus Pocus Cupcakes.  After the cupcakes came out is when I started having some second thoughts and put plan B into action. 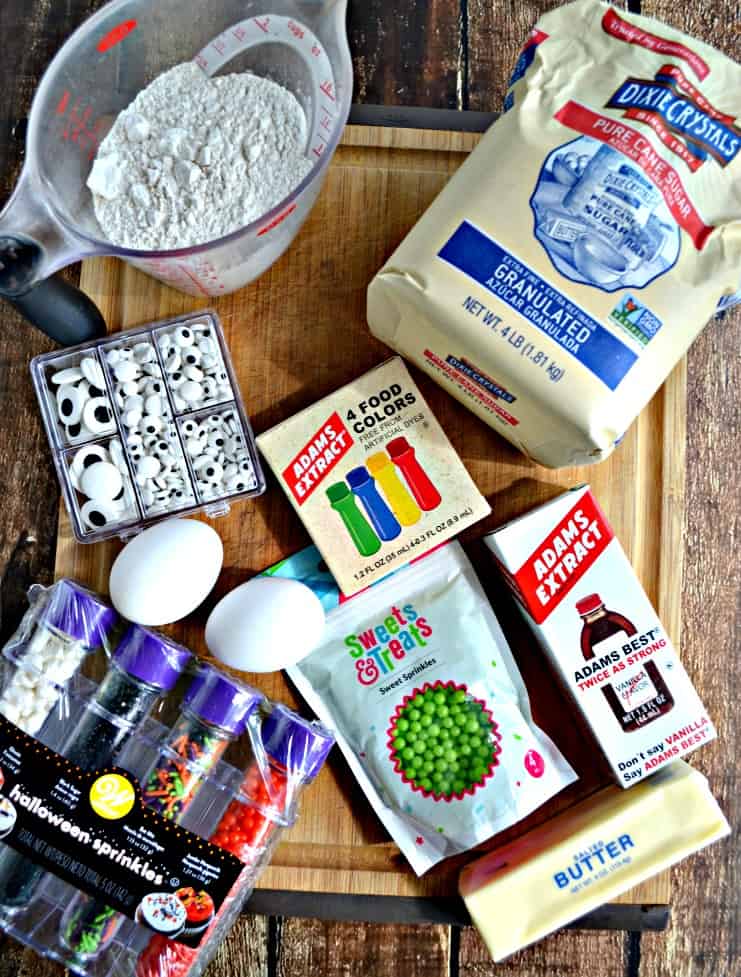 I originally was just going to decorate the tops of the cupcakes but after looking at my collection of sprinkles I changed my mine.  I cut a small circle in the middle of each cupcake and popped the cake out.  Then I mixed together a combination of Wilton candy eyes, Wilton ghost candies, Sweets & Treats Monster Mash Sprinkles, and Sweets & Treats Midi Lime Green Pearls.  I poured a teaspoon of this mixture into each cupcake.   It was pretty cool because it looked like a crazy Halloween mix that was perfect for what might be in a witches cauldron. 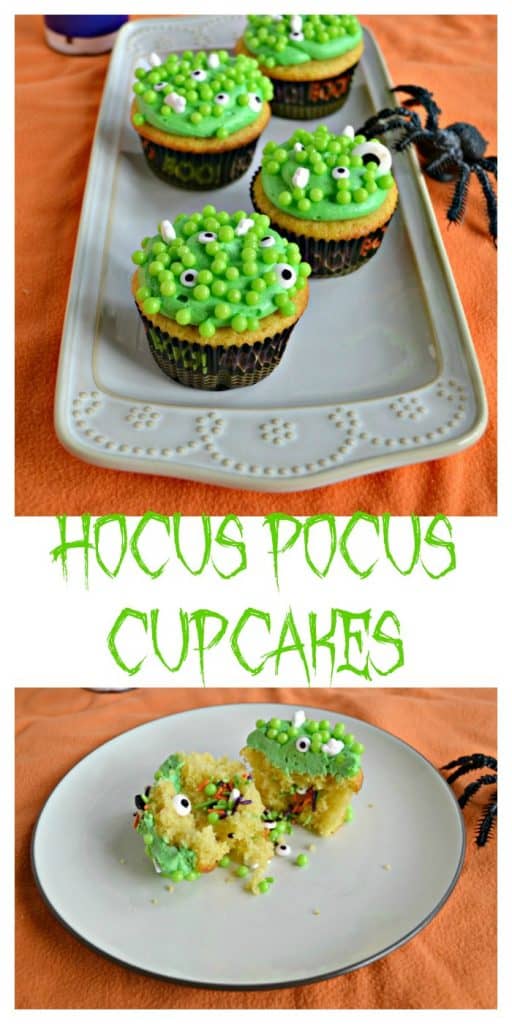 Next I mixed up a batch of buttercream frosting using Dixie Crystals powdered sugar.  I used Adams Extract Natural Food Coloring in green and yellow to make the frosting look like the inside of a witches brew.  Then I put more of the lime green pearls on top to look like bubbles and added a few random candy ghosts and eyeballs as well. 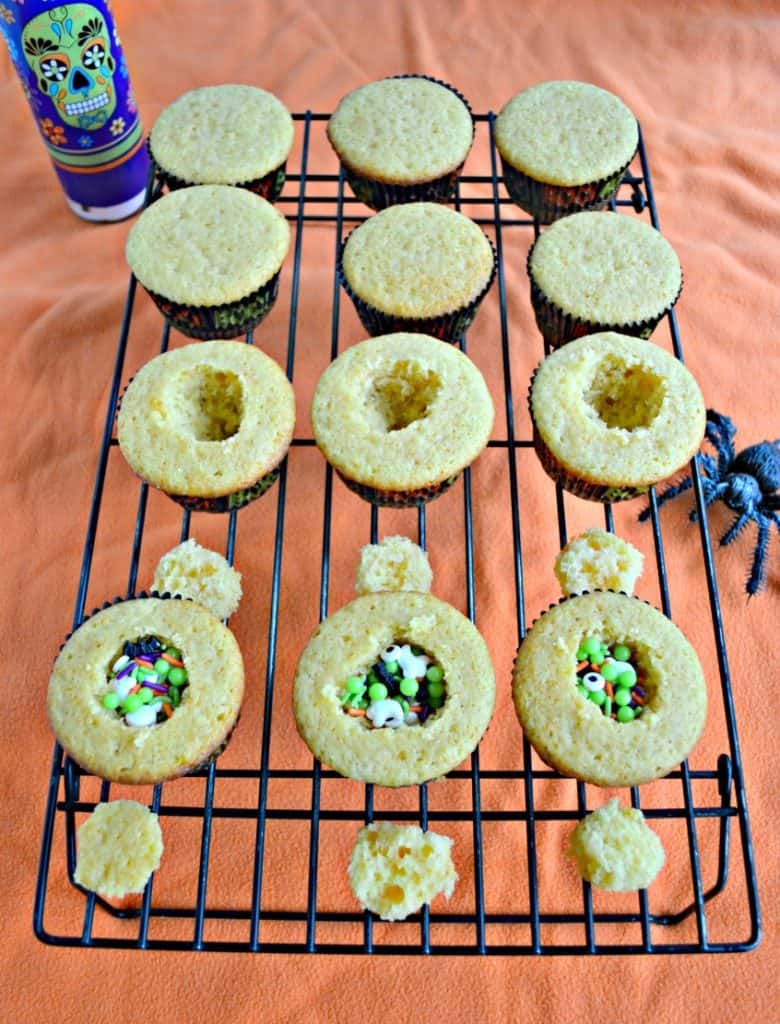 I actually took these cupcakes to school and gave them to my students who totally loved them!  They thought that when they bit into the cupcakes and all the sprinkles and eyeballs and ghosts fell out that it was so cool.   You could hear them laughing about it all the way down the hall!   The kids also thought they tasted really good and were super excited to get a Halloween treat at the beginning of October. 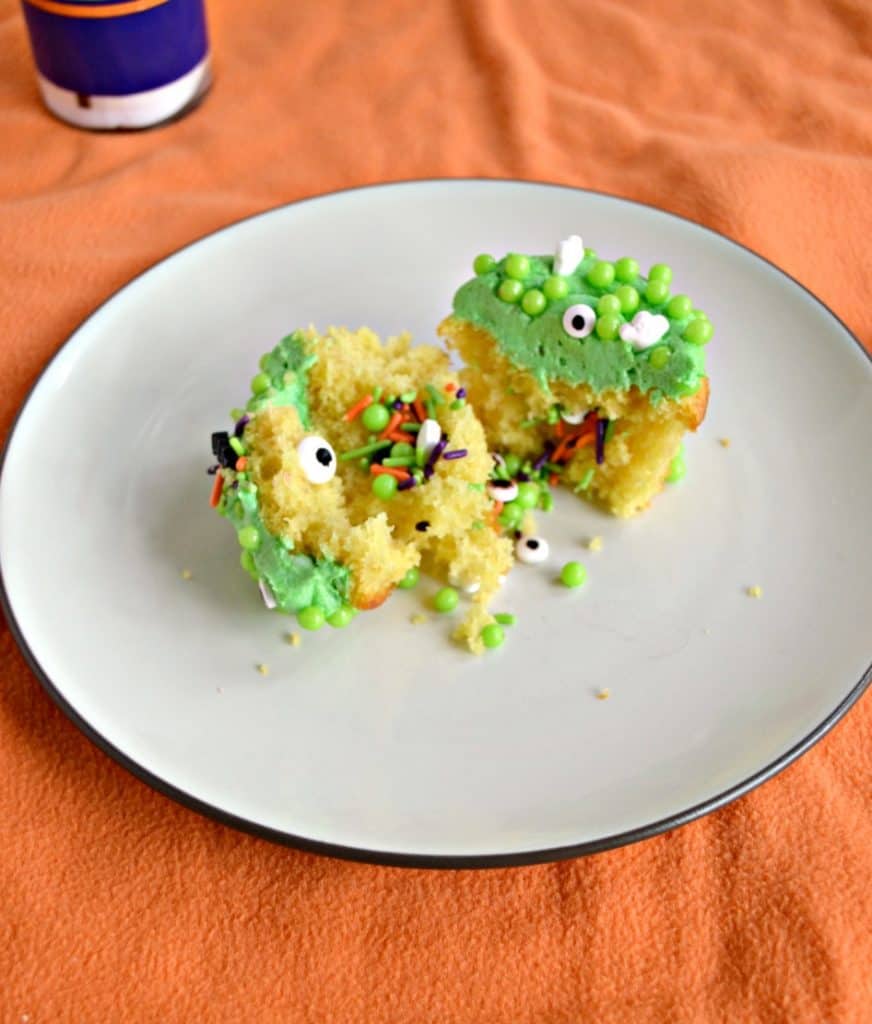 These would be a great treat to make with a kid because they could mix up the concoction for the inside of the cupcake and put the pearls and ghosts on top.   The cupcakes can be a family effort! 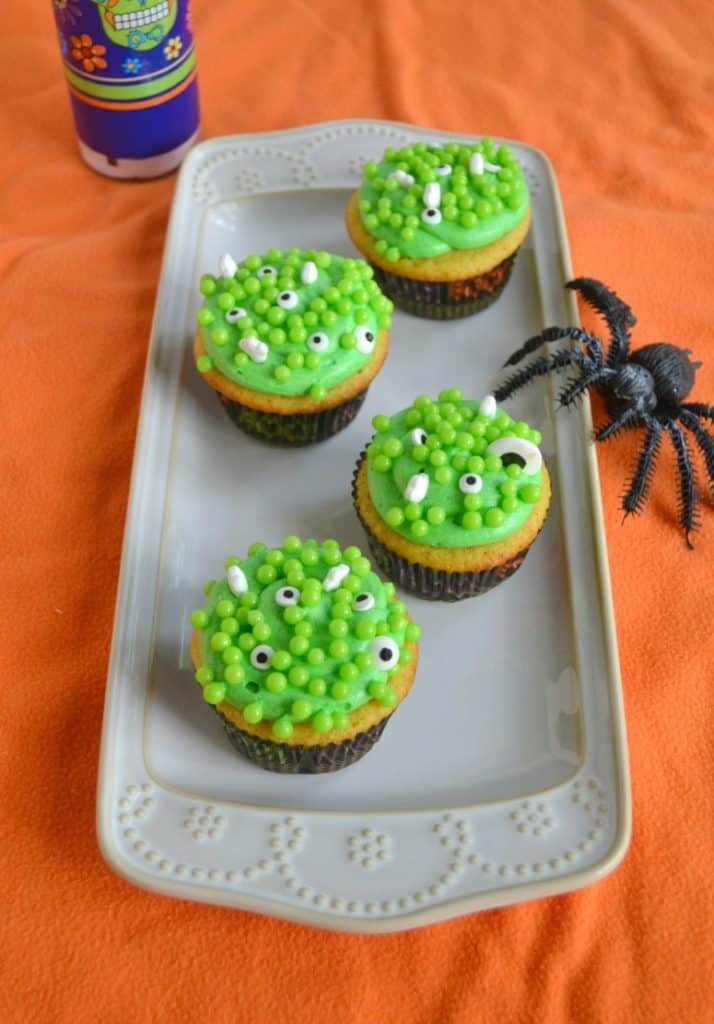