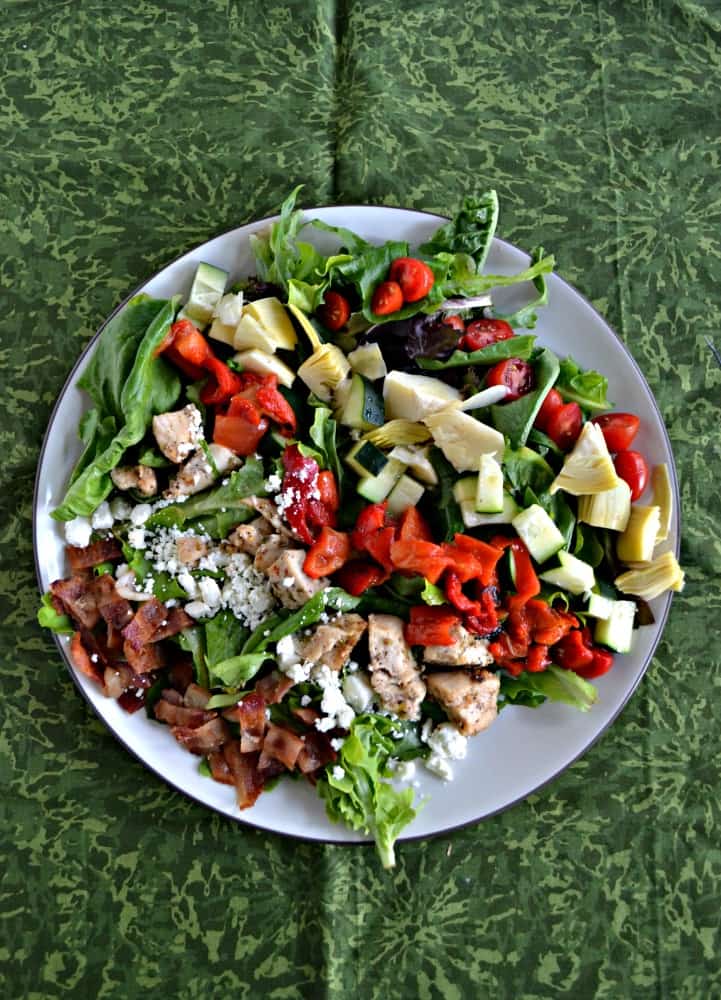 I have several Cobb Salads on my blog.   I would say I make some version of the Cobb salad at least once a month.   There is the regular Cobb Salad and the Caribbean Cobb Salad which is a sweet and spicy salad.   Today I'm sharing a Greek Cobb Salad. 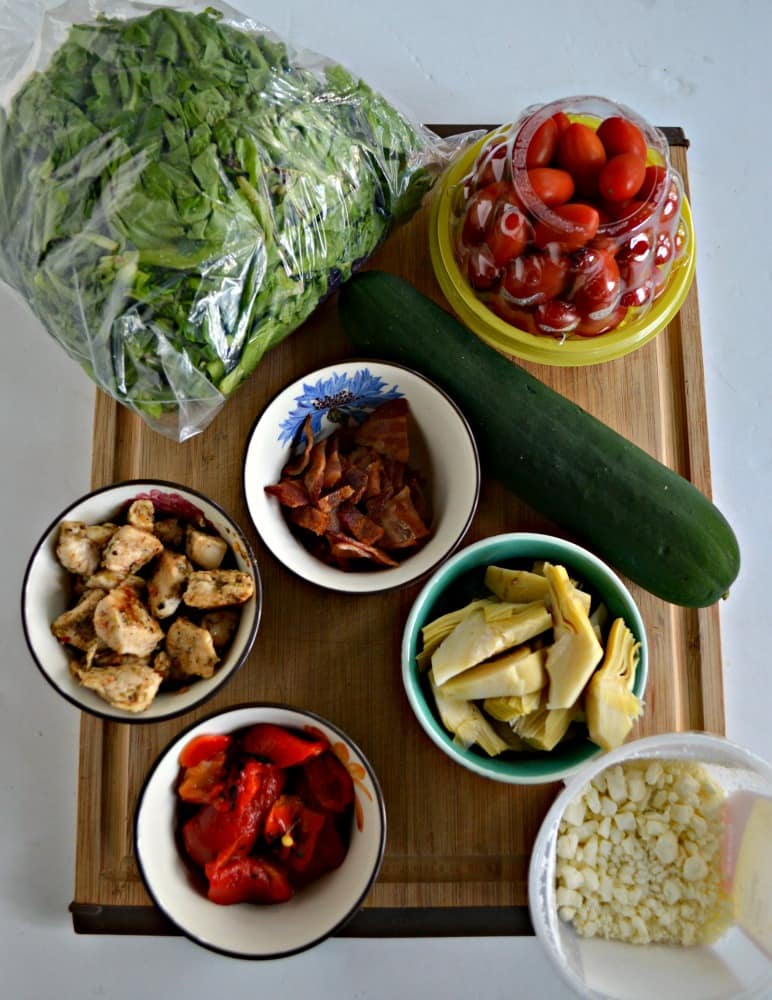 When thinking about a Greek Cobb Salad I simply started thinking about ingredients I use in my Mediterranean cooking.    The vegetables I thought of were roasted red peppers, red onions, artichokes, and cherry tomatoes.   I wanted to keep the chicken and bacon in the salad because they are always in a great Cobb Salad.  As for the cheese I knew it had to be feta. 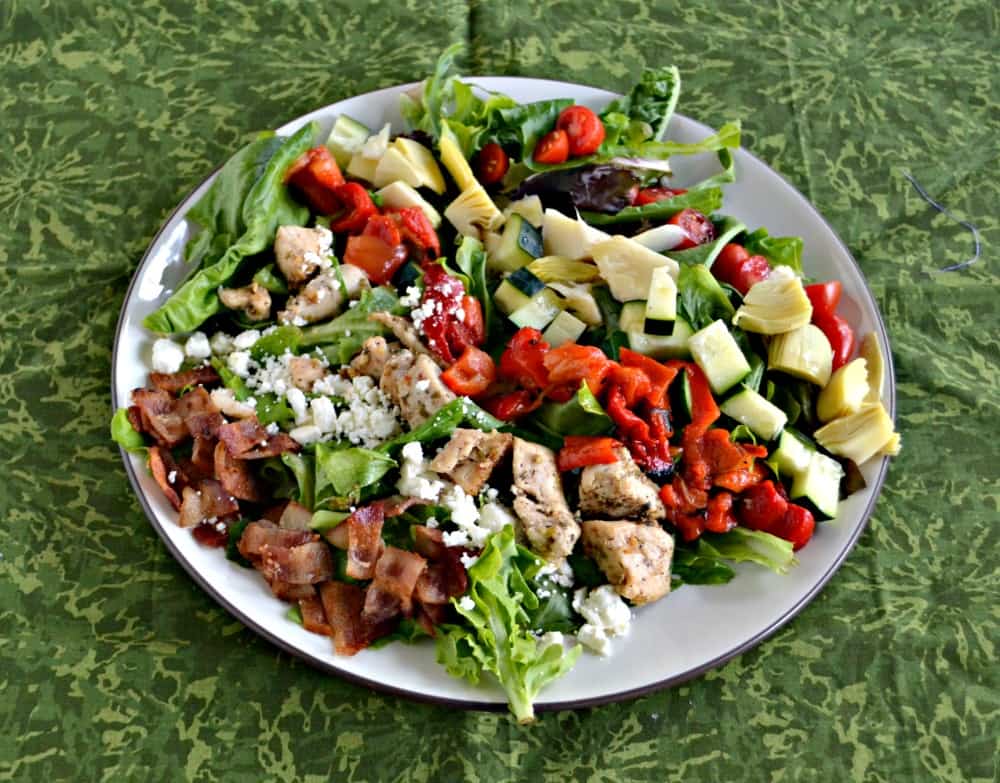 I started with a base of mixed greens that I bought fresh from the farmer's market.  Then I fried the bacon and the chicken with some Greek inspired seasonings.  I started topping the salad with all the vegetables, the meats, and the cheese.   Then I whipped up a delicious Greek vinaigrette. 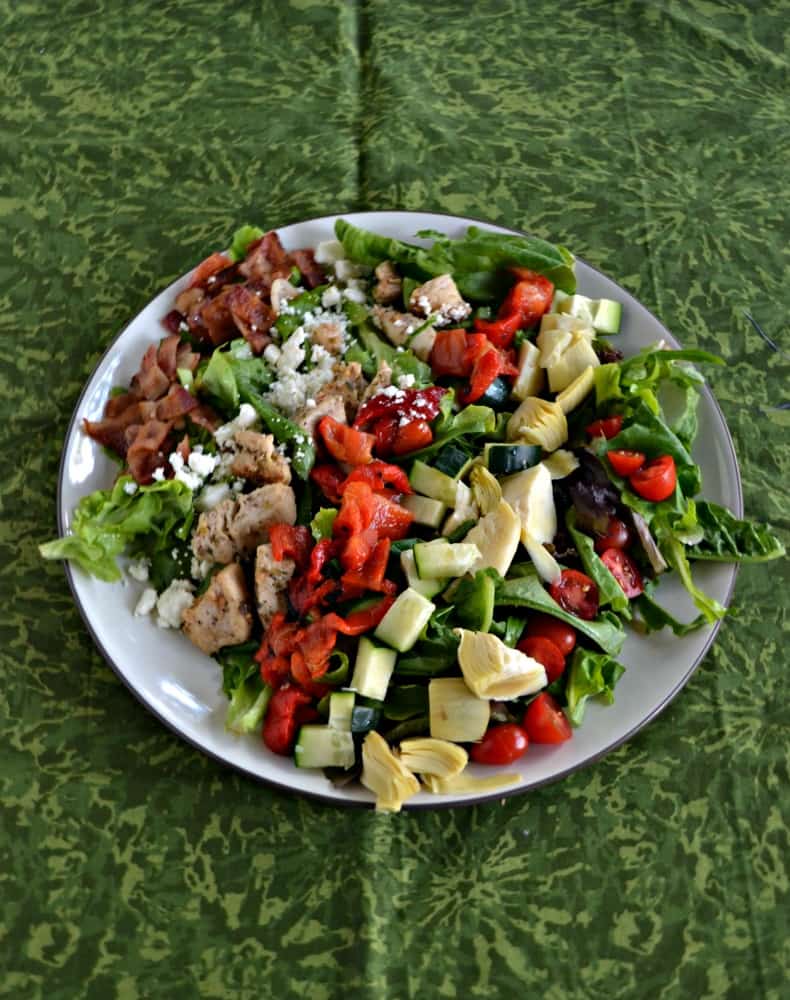 I love the flavors in this salad.  The chicken is seasoned beautifully and the bacon is salty and delicious.   The vegetables add color and flavor.  Then the dressing tart and tangy.   It's a great salad that leaves me feeling satisfied but not overly full which is perfect for summer. 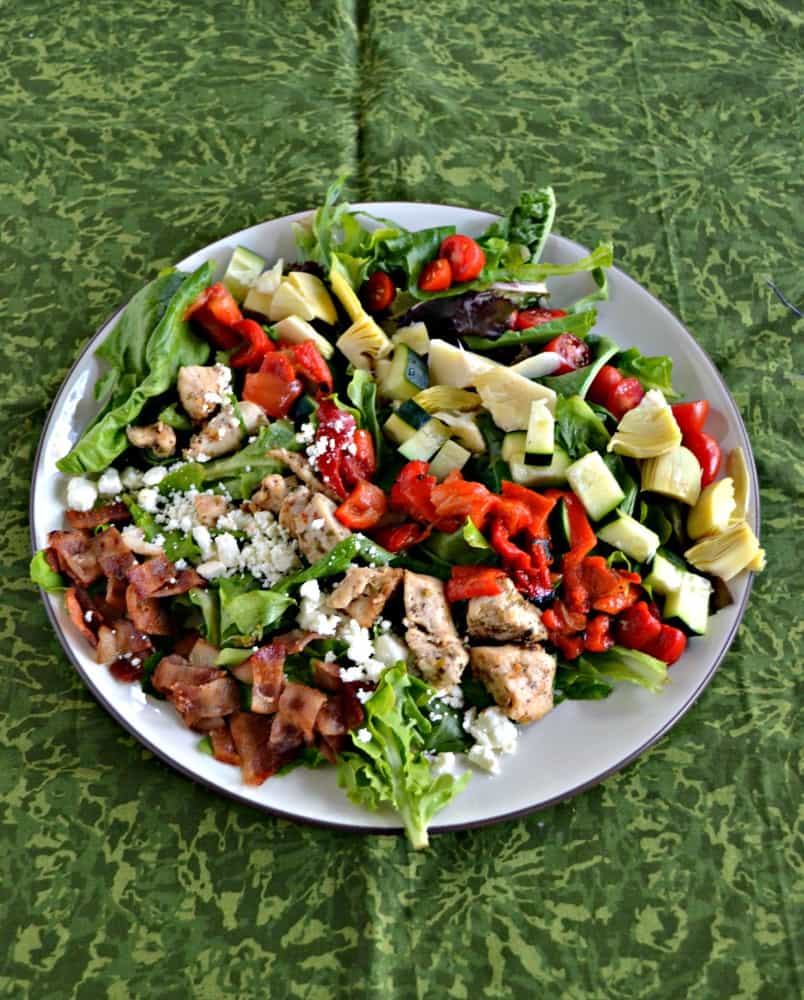