Most days I eat breakfast at school. I have to sit with the kids at breakfast time so I figure I might as well eat with them too. Mostly I have two pieces of whole wheat toast which costs a whopping 35 cents. On the days they have cinnamon rolls or coffee cake I’ll get that instead. 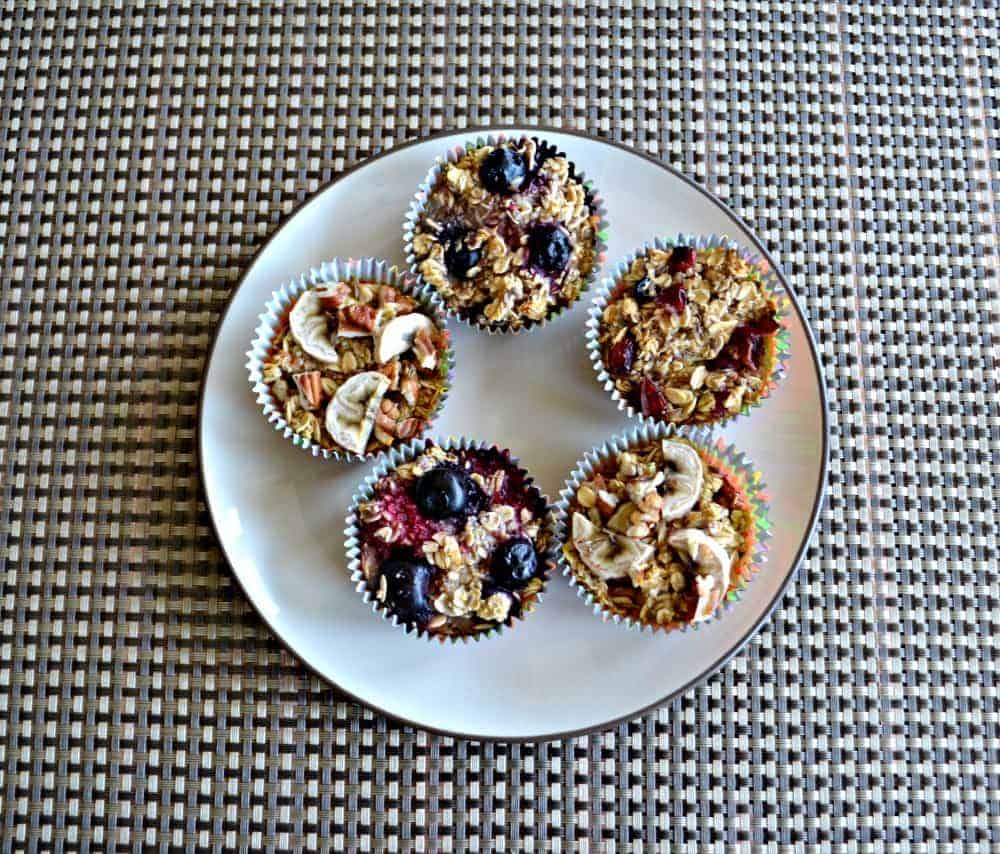 However, on days when I just eat toast I often start getting hungry around 10:30 and my lunch isn’t until 12 so I end up snacking. I’ve been trying to find something I can make at home but eat at work that still fills me up. 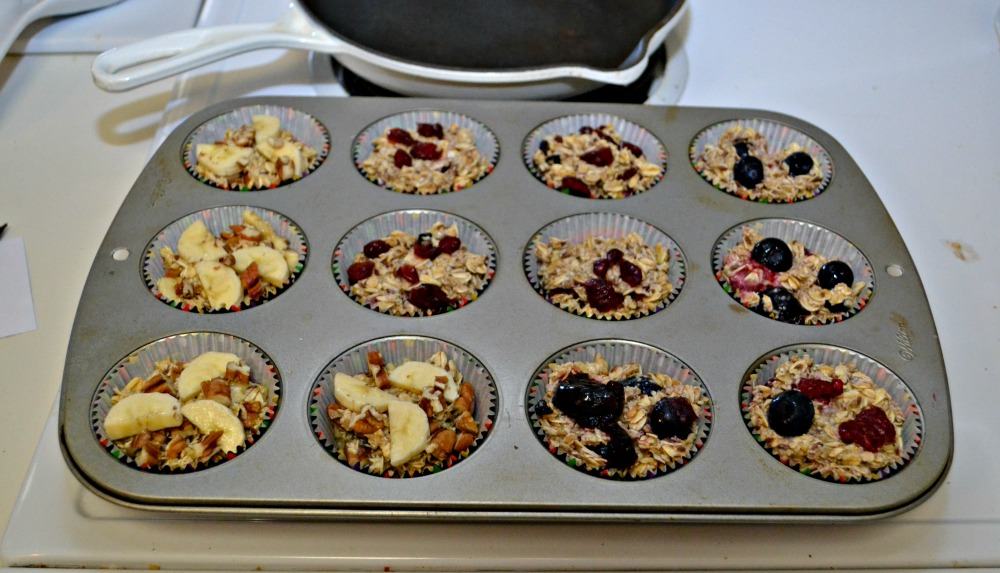 Last year I started making baked oatmeal which was filling and nutritious. The only problem was it was messy and I had to put it in a container and it was just a pain. So thinking about my problem I decided to bake the oatmeal in muffin tins so I could just reheat them on a napkin and carry them to the cafeteria in the morning. 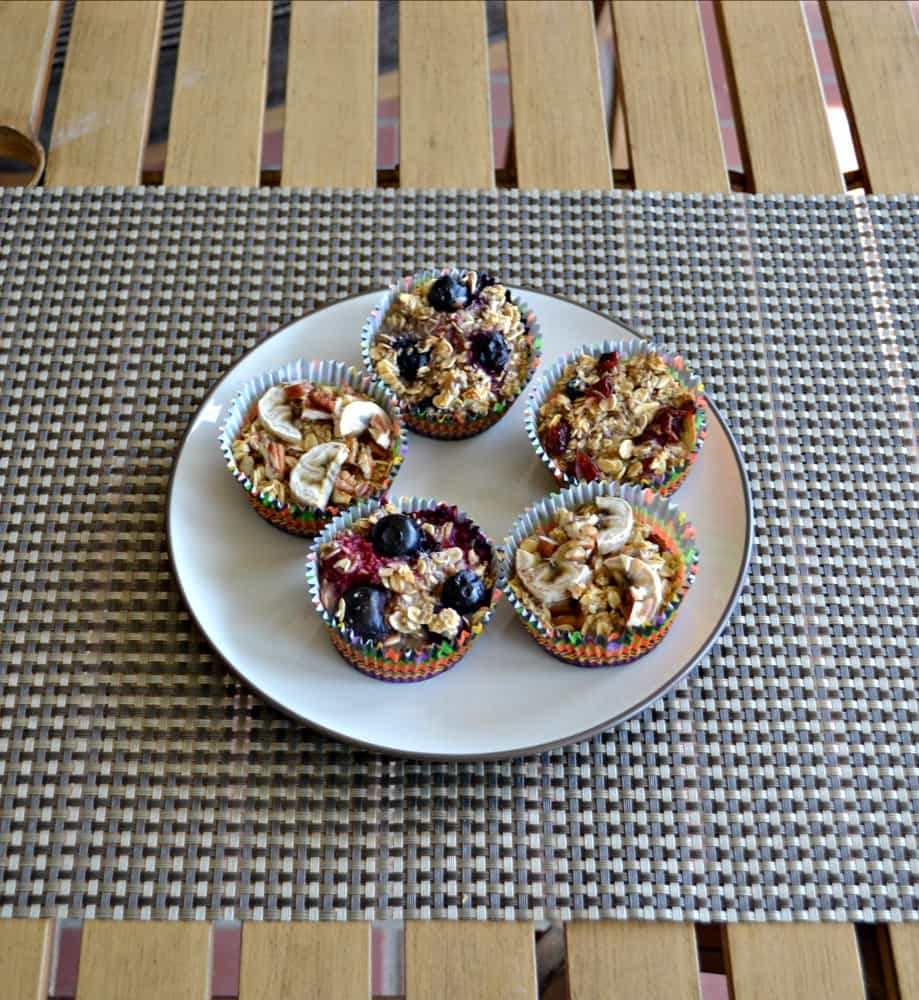 The best part about these baked oatmeal bites is that you can make multiple flavors since they are individual servings. I ended up making ⅓ of them mixed berry, ⅓ banana nut, and ⅓ spiced cranberry. They were awesome and each one comes in around 88 calories. I’ve been taking 2 to work with me each day. I have one at 8:30 with my students then another at 10:30 and then I’m set until lunch. Plus it’s less than 180 calories which is perfect for breakfast!

For the spiced cranberry:

For the banana nut:

For the mixed berry: 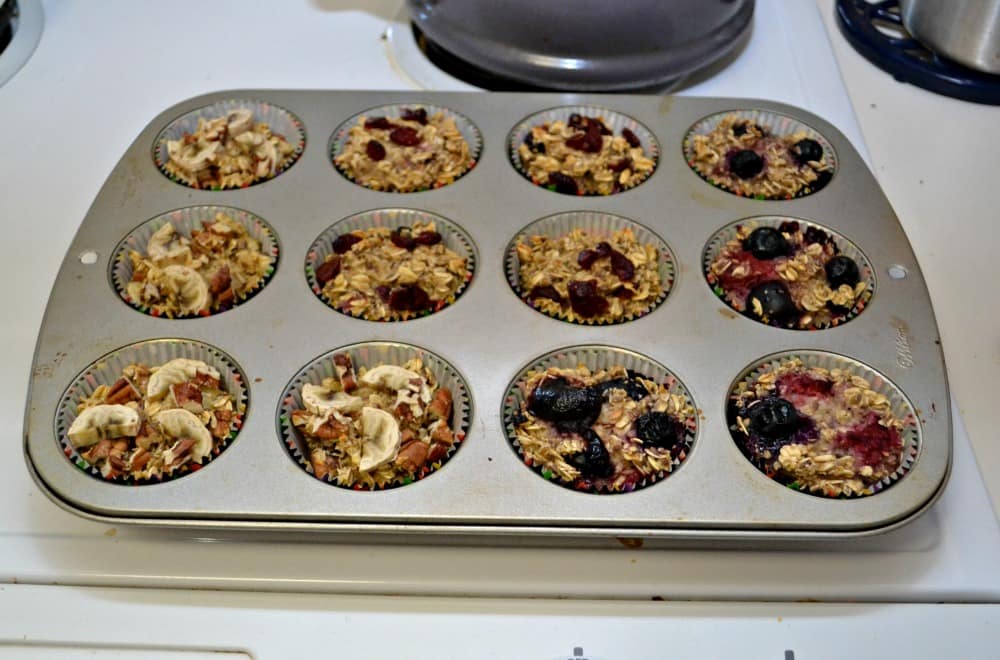