Have you ever watched the movie The Nightmare Before Christmas?  It came out when I was just a teenager and I loved it!  It's a Tim Burton film that tells the story of the Pumpkin King, Jack Skellington, who comes from Halloween Town.   He opens a portal to Christmas Town and decides to try and join in the festivities which has both comical and disastrous results!  It's really a film that has withstood time as it's still a popular film today. 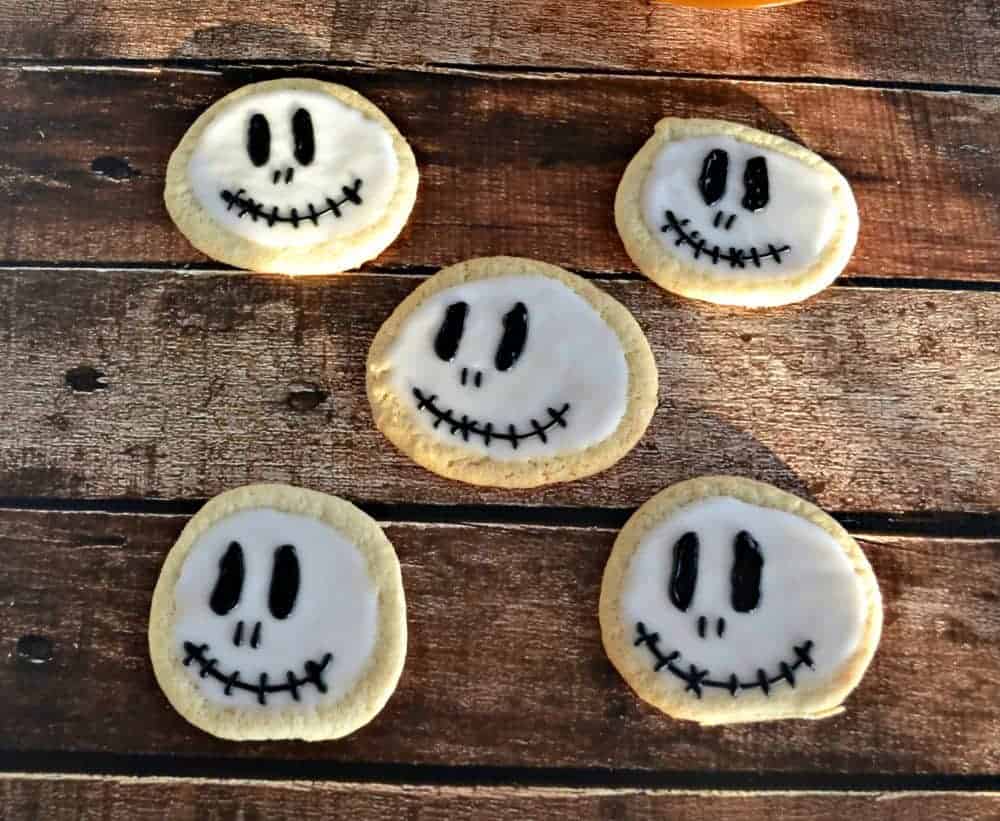 Since Jack Skillington is the Pumpkin King and is really the ruler of all of Halloween Town, I thought he would be the perfect figure to put on a cookie for my students Halloween party this year.   I hoped my students would recognize him and set off making the cookies.

I used my standard sugar cookie recipe and cut out a bunch of circles.   While I baked them I mixed up a batch of royal icing, divided it, and added black food coloring to one bowl and super white coloring to the other bowl.   Once the cookies had cooled I covered them all in white royal icing.   After letting that icing harden for 30 minutes I used the black icing to make the eyes and mouth.   These cookies are very simple to make and because Jack is a little lopsided in the movie, you don't need to have a steady hand. 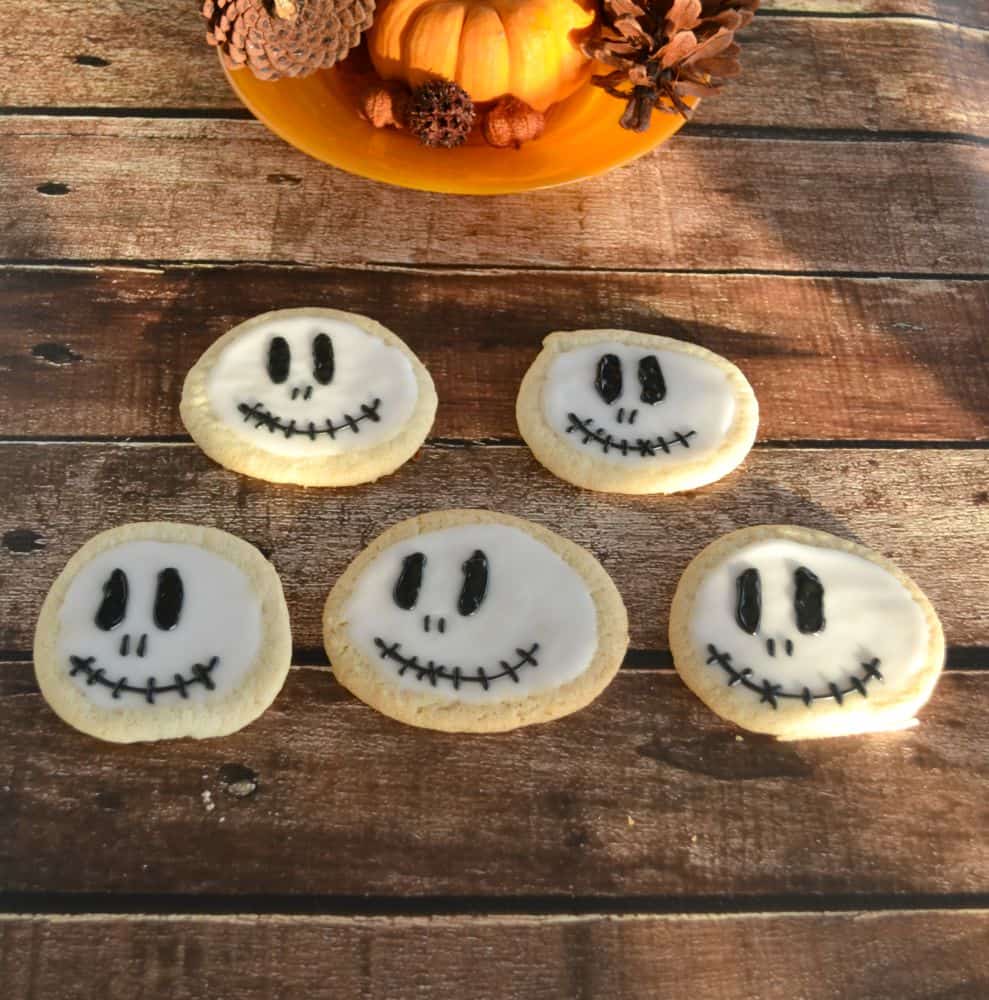 I thought the cookies were adorable and was really excited when both the students and many of the teachers recognized Jack Skellington.  These cookies were a lot of fun to make and even more fun to eat with my students.  They are perfect for Halloween.

For the Royal Icing: 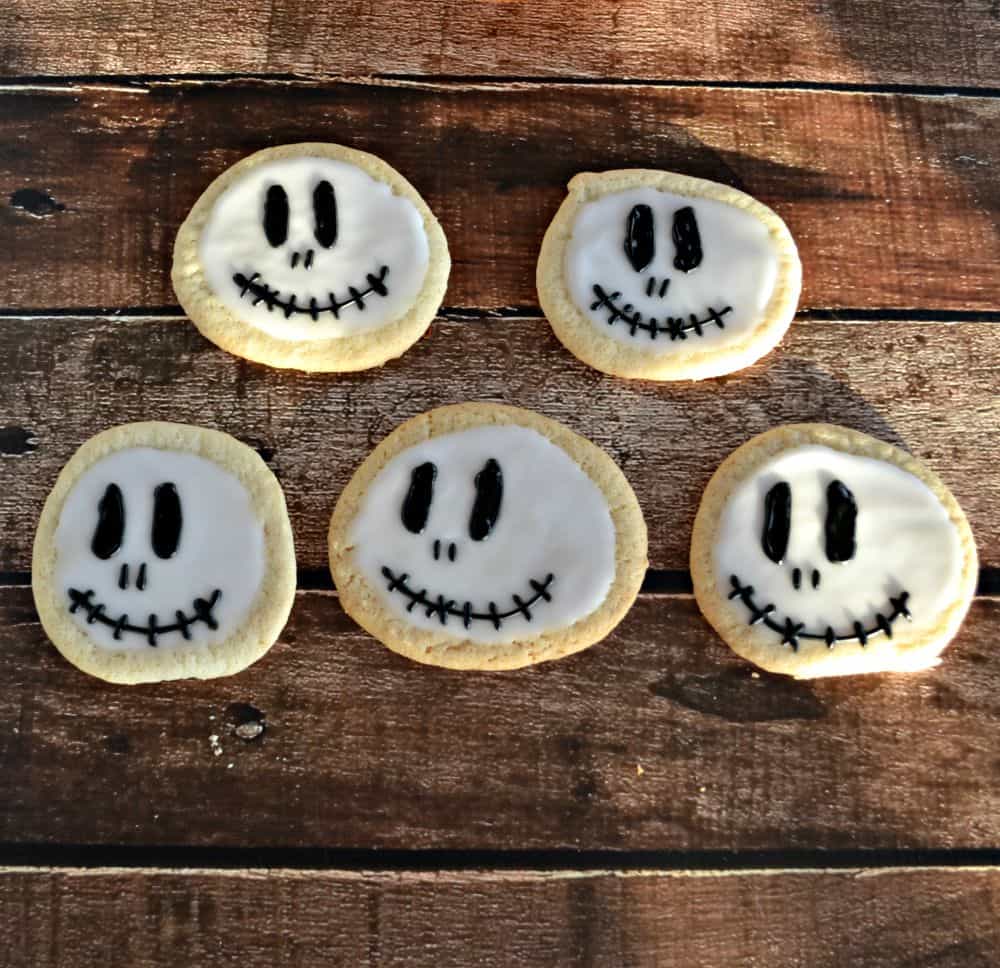