Mardi Gras is coming!  It's a little earlier then normal this year because Easter is so early.   So many people plan Mardi Gras parties with bright beads, Cajun food, and lots of drinks. 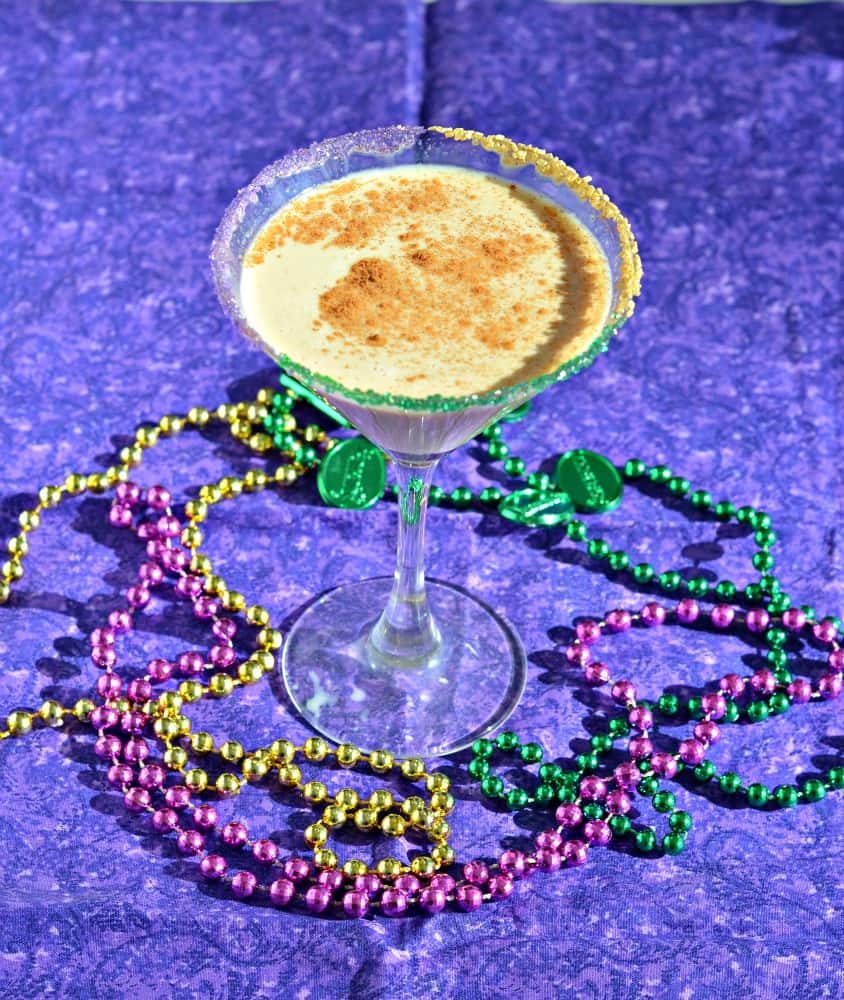 Let's talk about Mardi Gras.   Why do people celebrate it?   When I asked a couple people most of them said it was a big party and time to eat and drink everything they could.  This is partially correct. Mardi Gras is French for Fat Tuesday which is the day many people eat richer, more fattening foods before the first day of Lent.   Places have parade, masquerade balls, and tons of delicious foods. 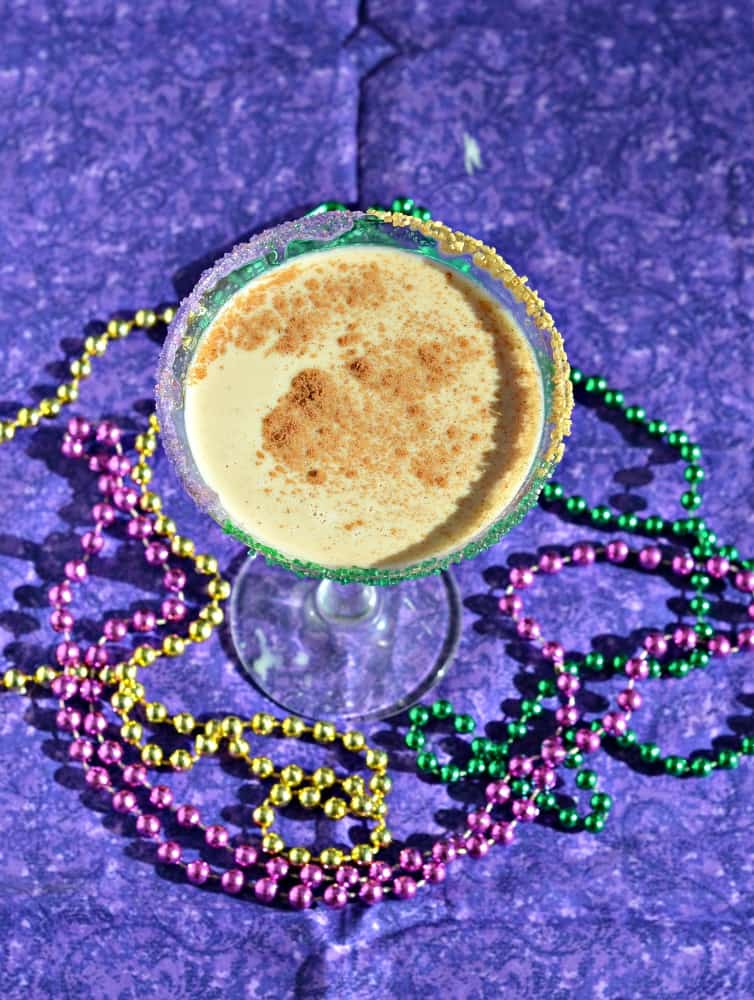 The last few years I've made fudge, cake, and cupcakes.   So this year I wanted to go in a different direction and make a super fun cocktail. Since King Cake is such a big tradition I decided to turn it into a delicious cake and cinnamon flavored cocktail! 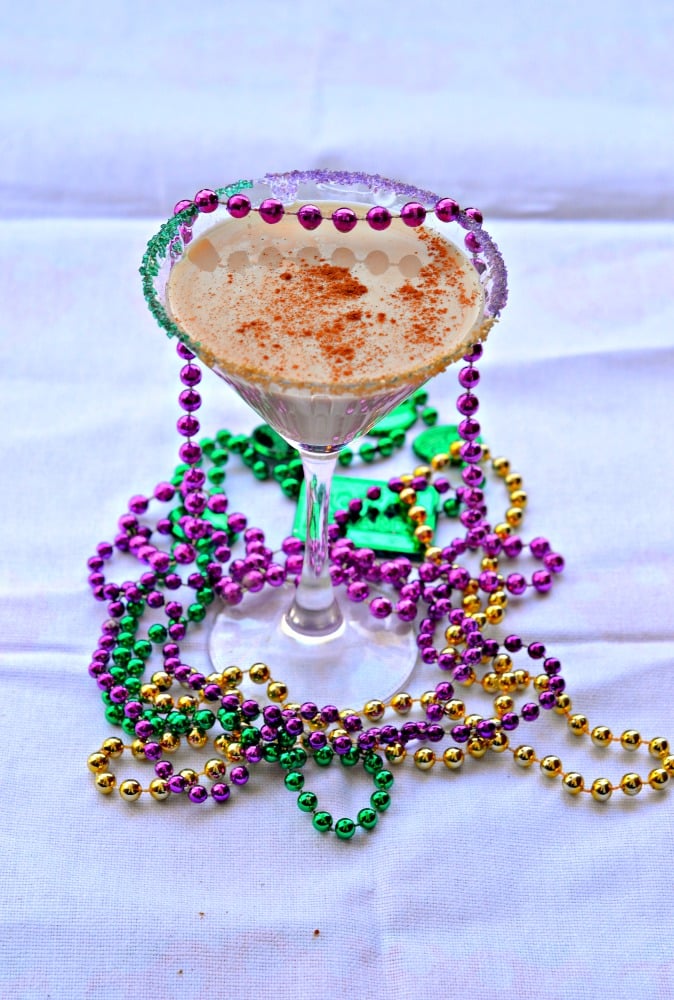 I mixed up a martini then added in some cream to round it out.   It tasted like cinnamon cake and was so pretty with green, gold, and purple sugar on the rim.  It's the perfect Mardi Gras cocktail to start the season of Lent. 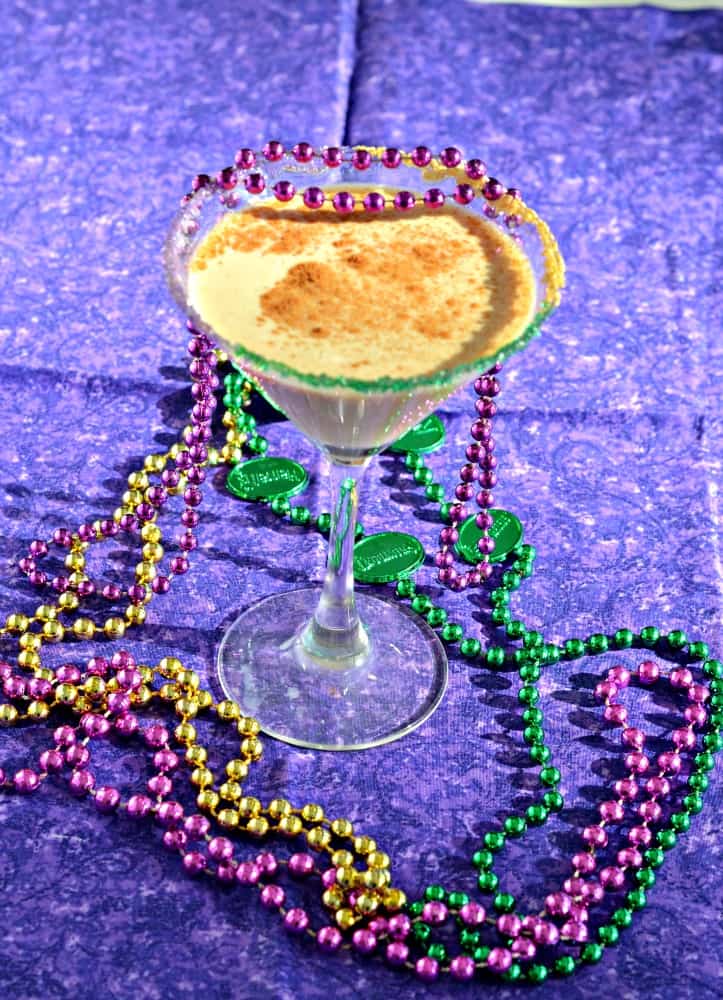