Nothing says summer like picnics or BBQ's.   My husband likes to throw a few steaks or chicken breasts on the grill while I work on side dishes.  Sometimes we do grilled veggies or grilled potatoes but often times I make cold side dishes.   My favorite cold sides are potato salad, pasta salad, cole slaw, and fruit salad. 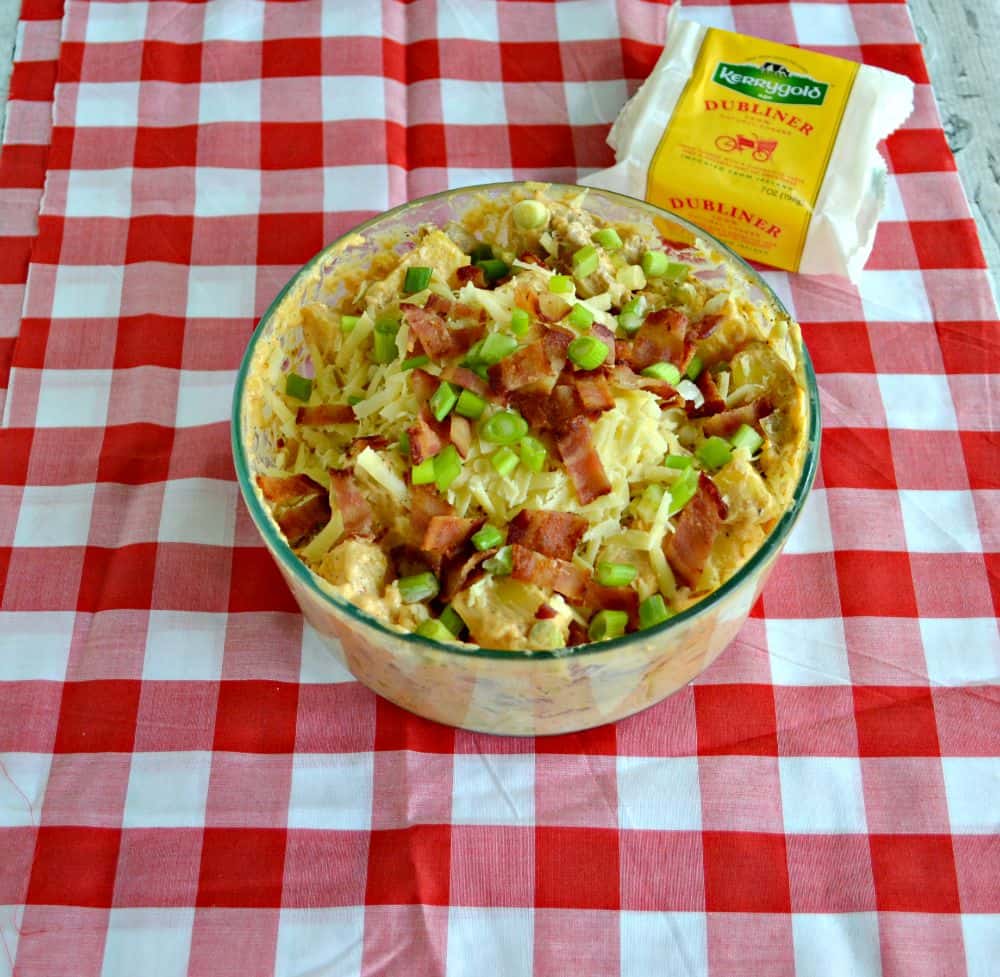 I usually make my salads the same way every time so sometimes I like to switch it up a bit.  I've been thinking of making a loaded potato salad with cheese and bacon.  However, I didn't think it was enough because it would still have the classic flavor of my regular potato salad.   The more I thought the more barbecue came into my head.

My first thought was to mix some barbecue sauce into the potato sauce but since it already has so much sauce on it, I didn't think that would work.    Then I thought of the barbecue seasoning that I make to put on popcorn.   I thought that it would give the potato salad the barbecue flavor without all the extra sauce. 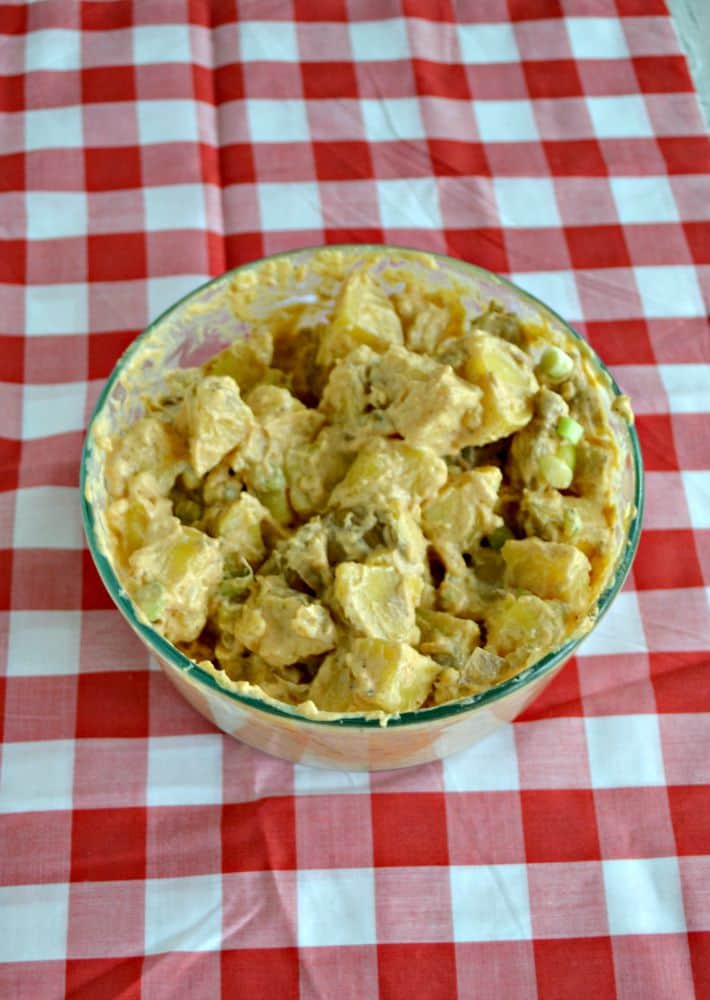 I quickly got to work on my idea.   I had some potatoes leftover from the farmers market so I just used those.  I boiled them in water then ran them under cold water and cut them up.   Next I made my classic potato salad dressing and mixed it up with the barbecue seasonings.   Finally I put the bacon and Kerrygold Dubliner cheese on top.  I was going to mix the bacon and cheese into the potato salad but then I thought it might be nice to put it on top so everyone could choose how much they wanted in their potato salad. 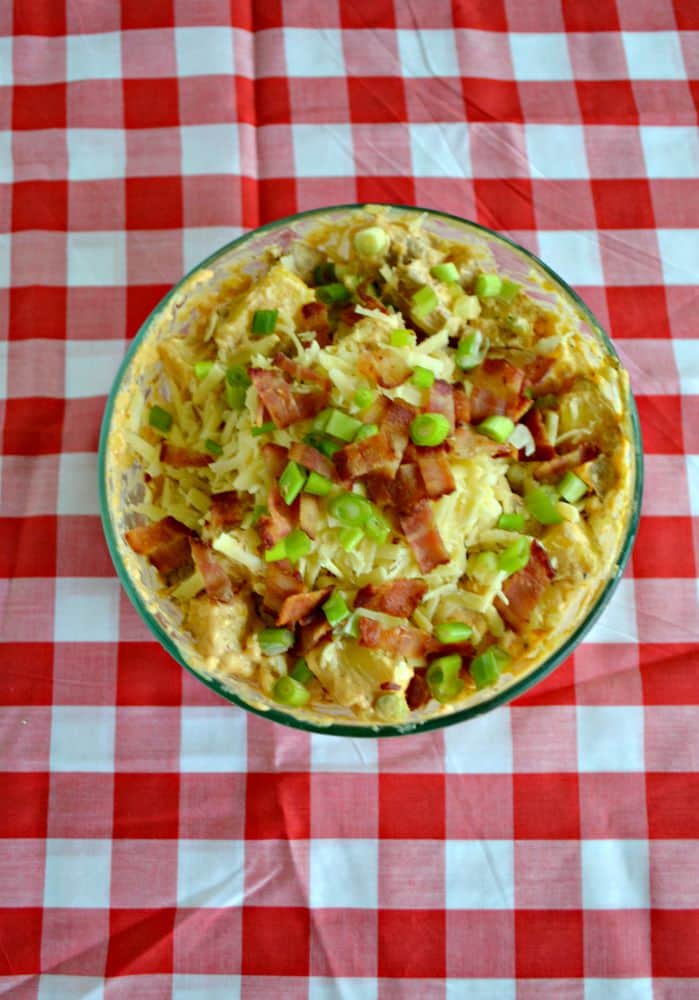 I was given the Kerrygold cheese for this recipe but all opinions are 100% my own.