In the summer I like to go to the farmer's market.   I enjoy walking down the street looking at all the fresh fruits and vegetables.  While I don't buy a ton of produce at the market there are several things that I do buy there most of the time.  These include peaches, apples, lettuce, onions, cucumbers, and zucchini. 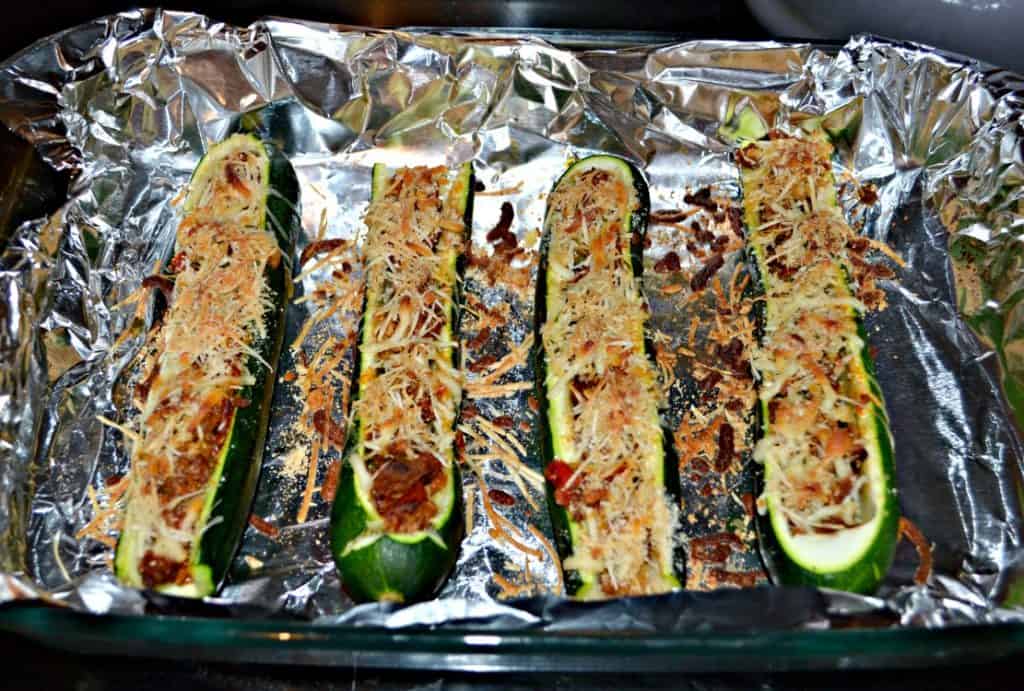 I live in the mid-Atlantic but in a bit of a cold spot so we only get certain types of fruits and veggies and unfortunately the season is really short.   In my own garden I grow cucumbers, peppers, and herbs but those don't produce until at least August so prior to that I have to go to the farmer's market.   This past week I went and grabbed a few smaller zucchini so that I could make Nancy Fuller's Sausage-Stuffed Zucchini Boats. 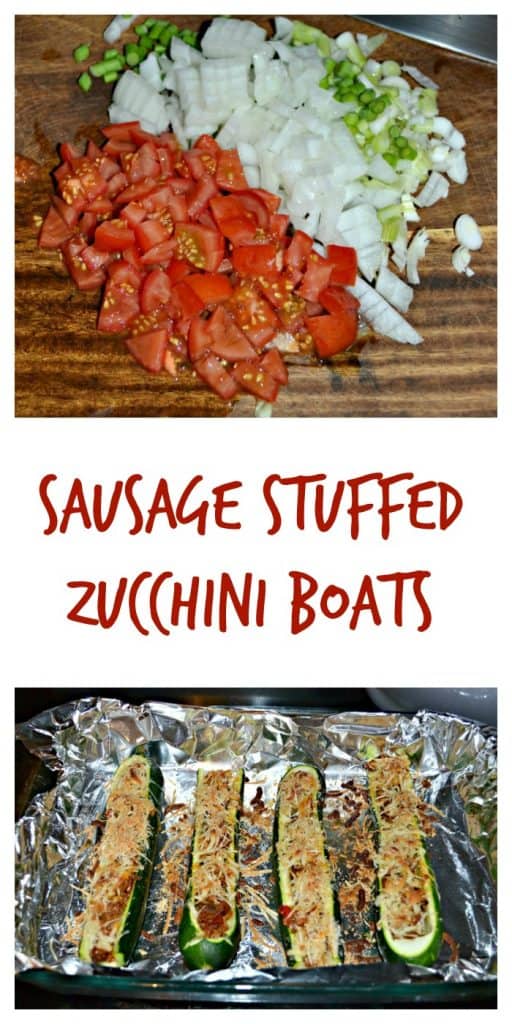 I've been trying to make a few different recipes each week using fresh produce since it's summer and I happen to have sausage in the refrigerator so I went ahead and made these.  I actually thought they were made on the grill but it turns out you make them in the oven.  Since it was a cool day that was perfectly fine. 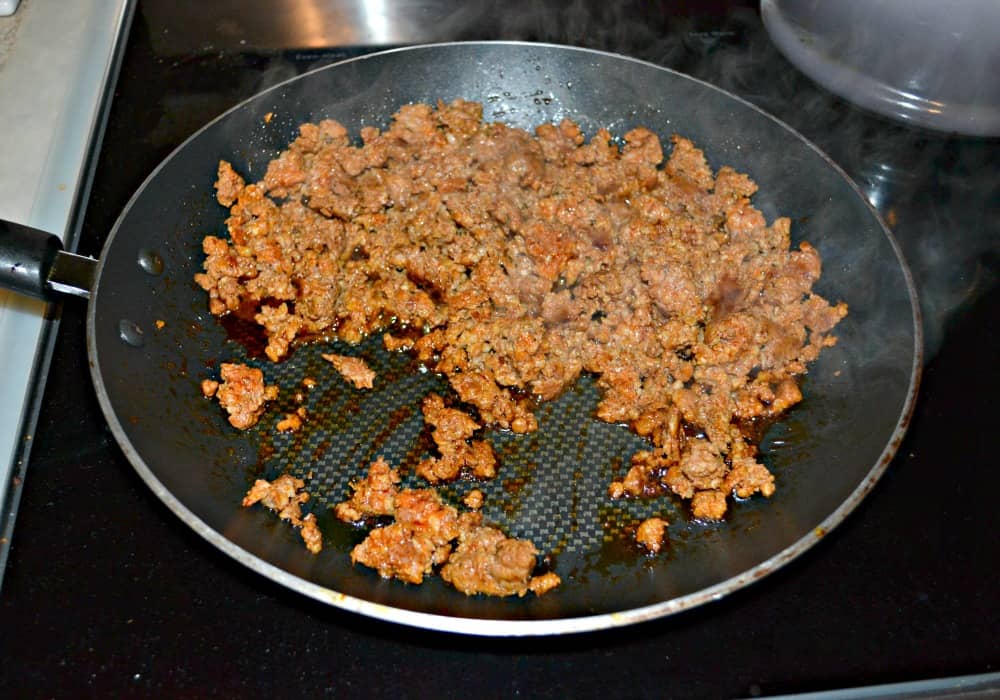 I whipped up the filling on the stove top.  It consisted of sausage, which I used spicy chorizo, fresh tomatoes, onions, and garlic.  Then the filling is spooned into zucchini boats and topped with a mixture of cheeses and breadcrumbs.  It's baked in the oven until golden brown and the zucchini is tender.

This is a great dish if you are trying to get more veggies into your meals.   You eat the zucchini boats as part of the dish plus there is the added zucchini, onions, and tomatoes in the mix.  I thought it had a wonderful flavor and the cheese and breadcrumbs on top gave it a nice crunch.  I would definitely make these zucchini boats again this summer. 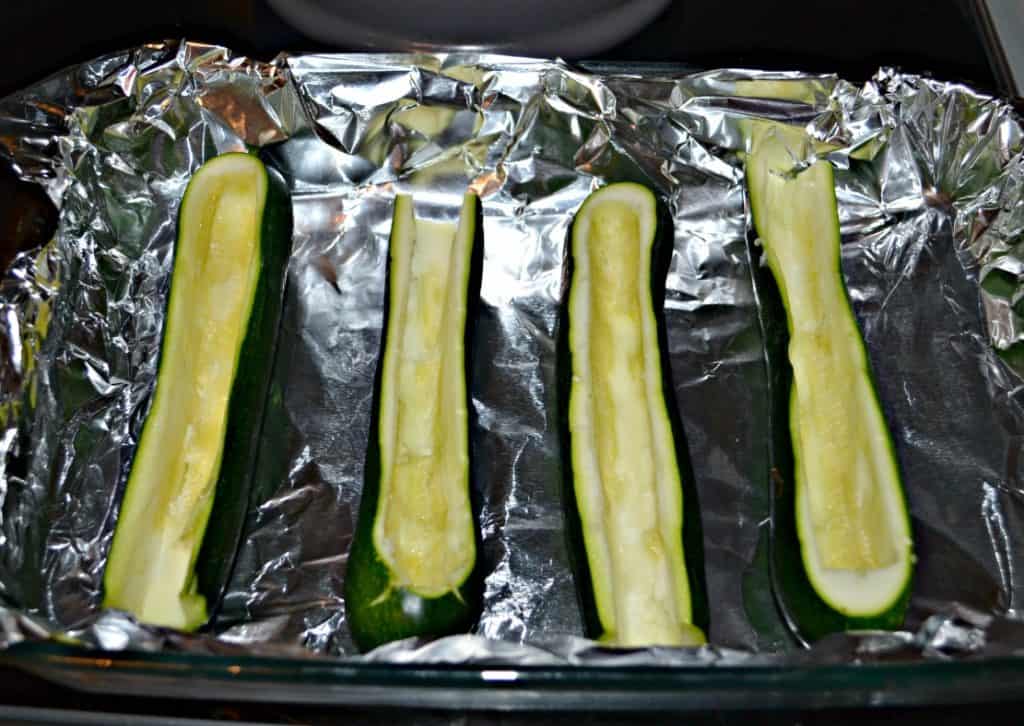 I had about half the filling mixture leftover when we were finished.  Instead of pitching it or just eating it on the side we turned it into another meal.  The day after we had the zucchini I simply mixed the leftover filling in with a jar of marinara and made a quick spicy Bolognese sauce!   My husband and I both enjoyed both of these meals and I love being able to cook once for two completely different meals. 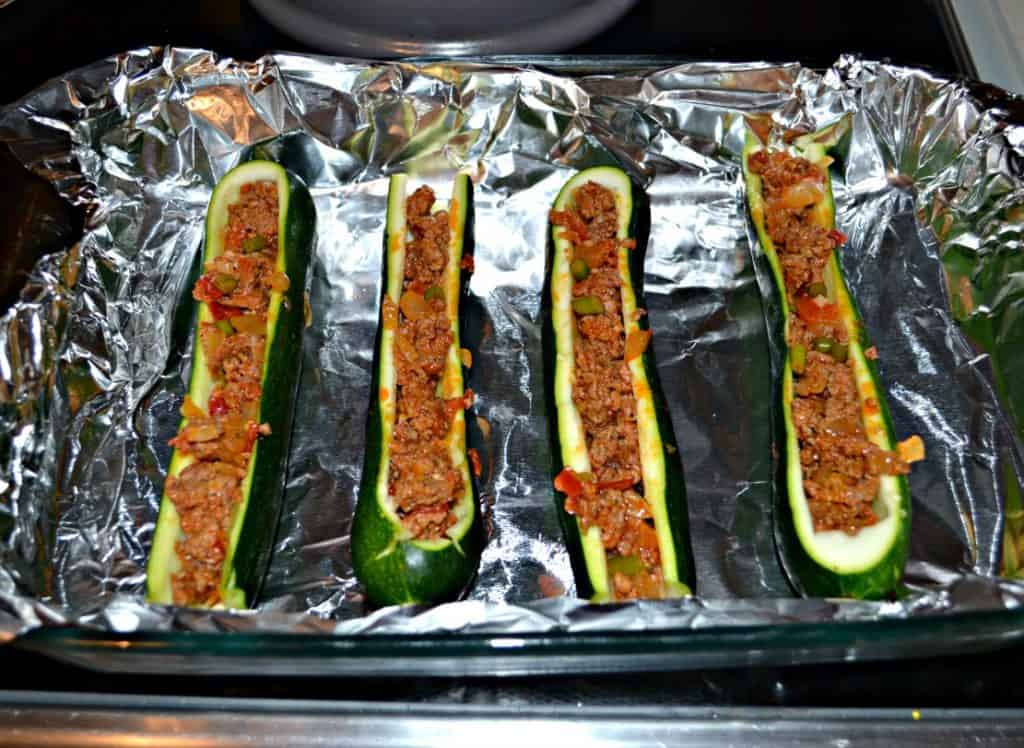