Breakfast has never been my favorite meal.   I'm not a huge fan of the eggs, cured meats, and juice that go along with breakfast.  Whenever I do eat breakfast I generally tend to go for something sweet like pancakes or waffles with a side of potatoes.   Really, no matter what I get for breakfast i always order a side of potatoes.   They are one of my weaknesses and breakfast potatoes are awesome.  I like home fries, I like hash browns, I like skillet potatoes.   My newest creation combines my favorite potatoes with one of my husbands favorites, the omelet.   Together I baked them in to one delicious stuffed potato. 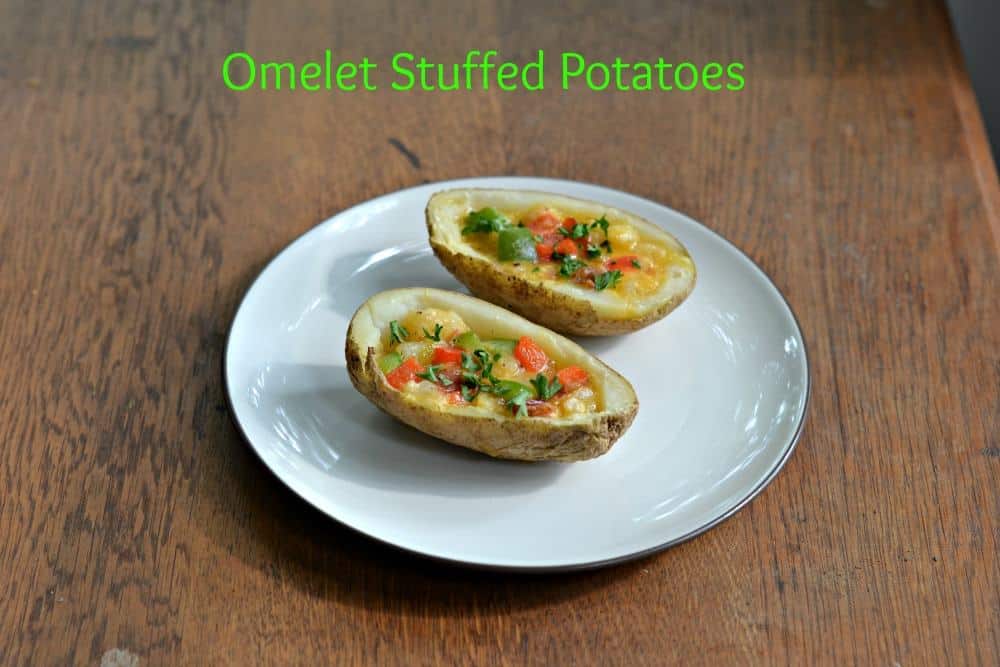 I'm not really sure where the idea came from except for the fact that I had eaten a whole lot of stuffed potatoes skins at a dinner last weekend and have wanting to recreate them.  I took the idea of the stuffed potato skins, breakfast potatoes, and omelets and made them into one.  I cooked the potatoes and hollowed them out to make the vessel for the omelets.  Then I fried up some bacon, peppers, and potato with seasonings.  I mixed everything together with egg and cheese then poured it into the potato skins.

After baking in the oven they looked great.   The egg firmed up into a omelet inside the potato skins and the different colors really stood out.  When I sliced into the potatoes the filling stayed mostly in the potato.   The combination of the potato skin with the eggs, cheese, and peppers was delicious.   It was also a fun twist on traditional breakfast potatoes. 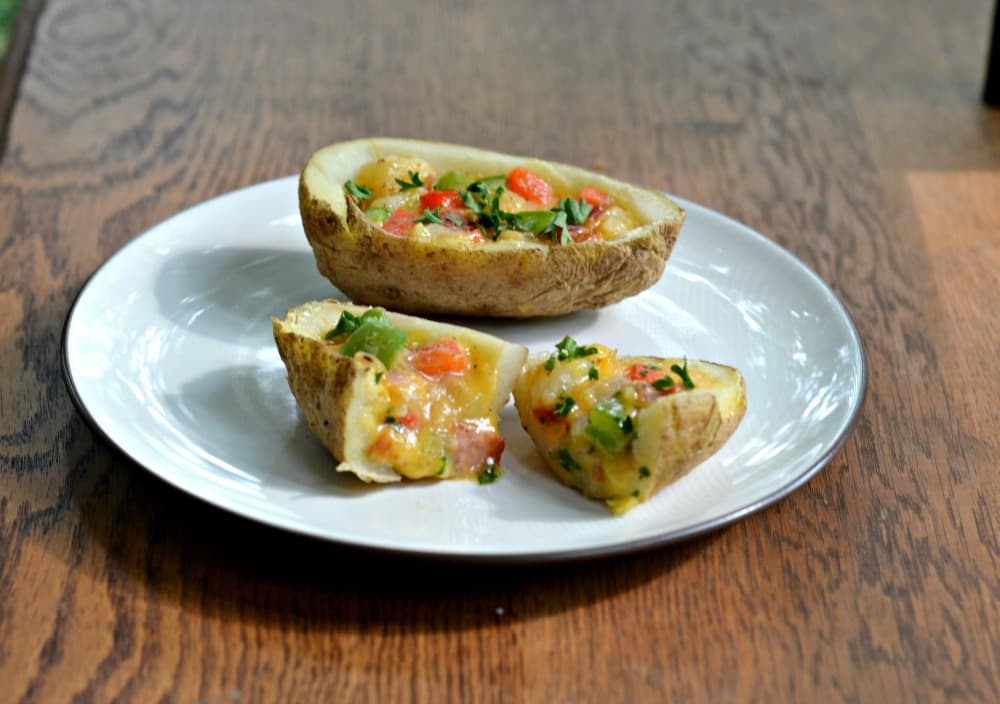 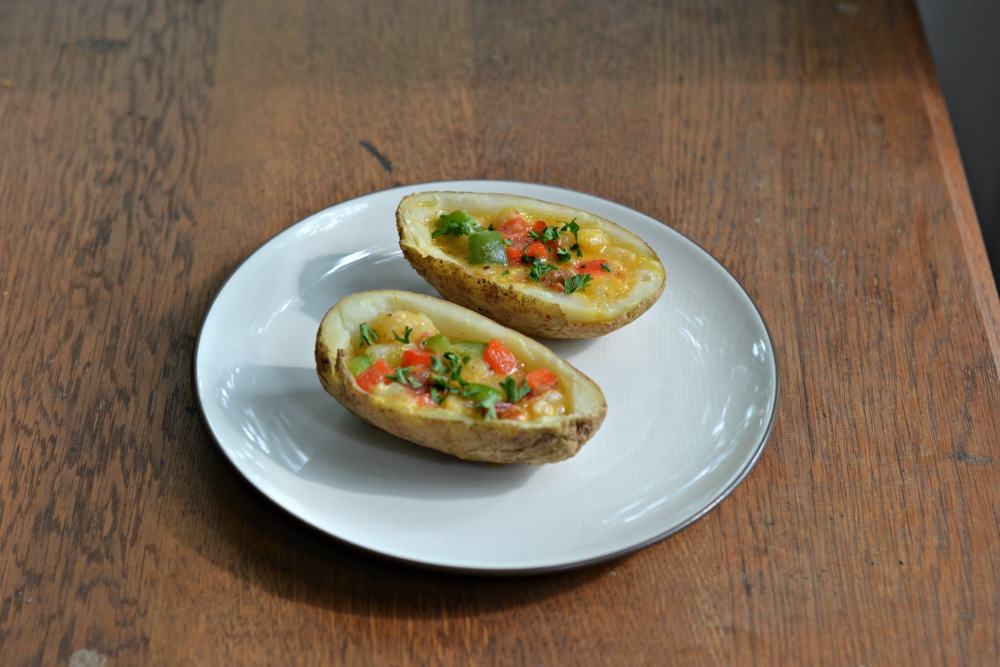