This week #SundaySupper is having a tapas theme.  I am really excited about this because I love nothing more then tons of tapas as my dinner or at a party.  Tapas are simply bites sized appetizers or snacks.  Since I love having parties, I often make a variety of tapas for my guests. 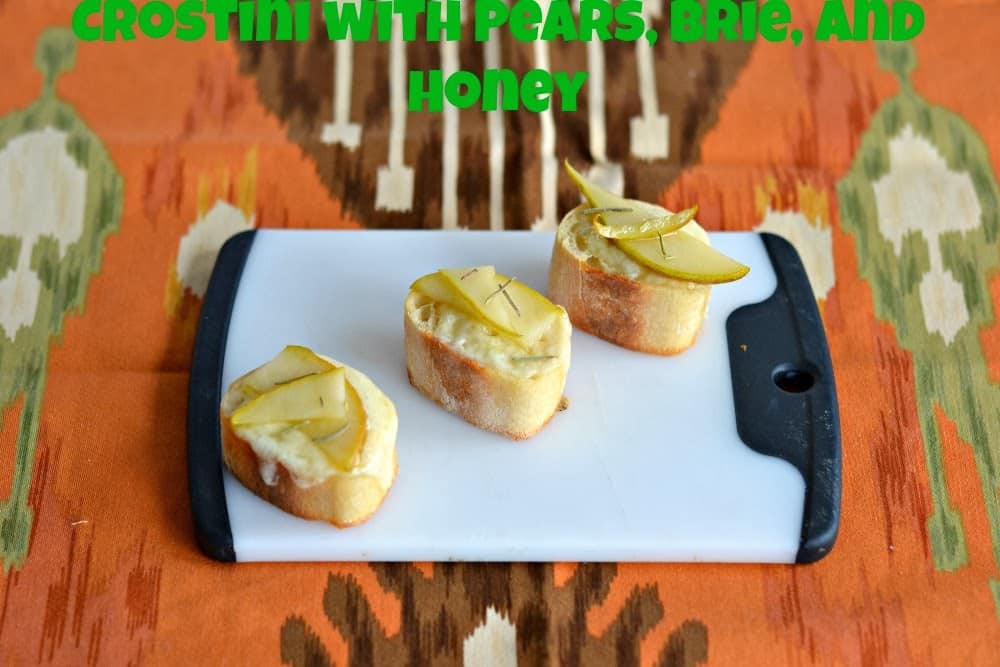 On of my current favorites to make are crostini.  I enjoy making crostini because they don't take long, they are filling, and there are so many different amazing combinations to try!  I feel like we never have the same toppings on them because I'm always wanting to try something new.

Last week I made crostini with brie, pears, and caramelized onions.  While I really enjoyed this combination, I wasn't as much of a fan once the onions cooled to room temperature.  I wanted to make something that would taste just as good at room temperature as it did piping hot from the oven.  I also thought a little bit of sweetness added to the crostini would contrast well with the cheese and bread. 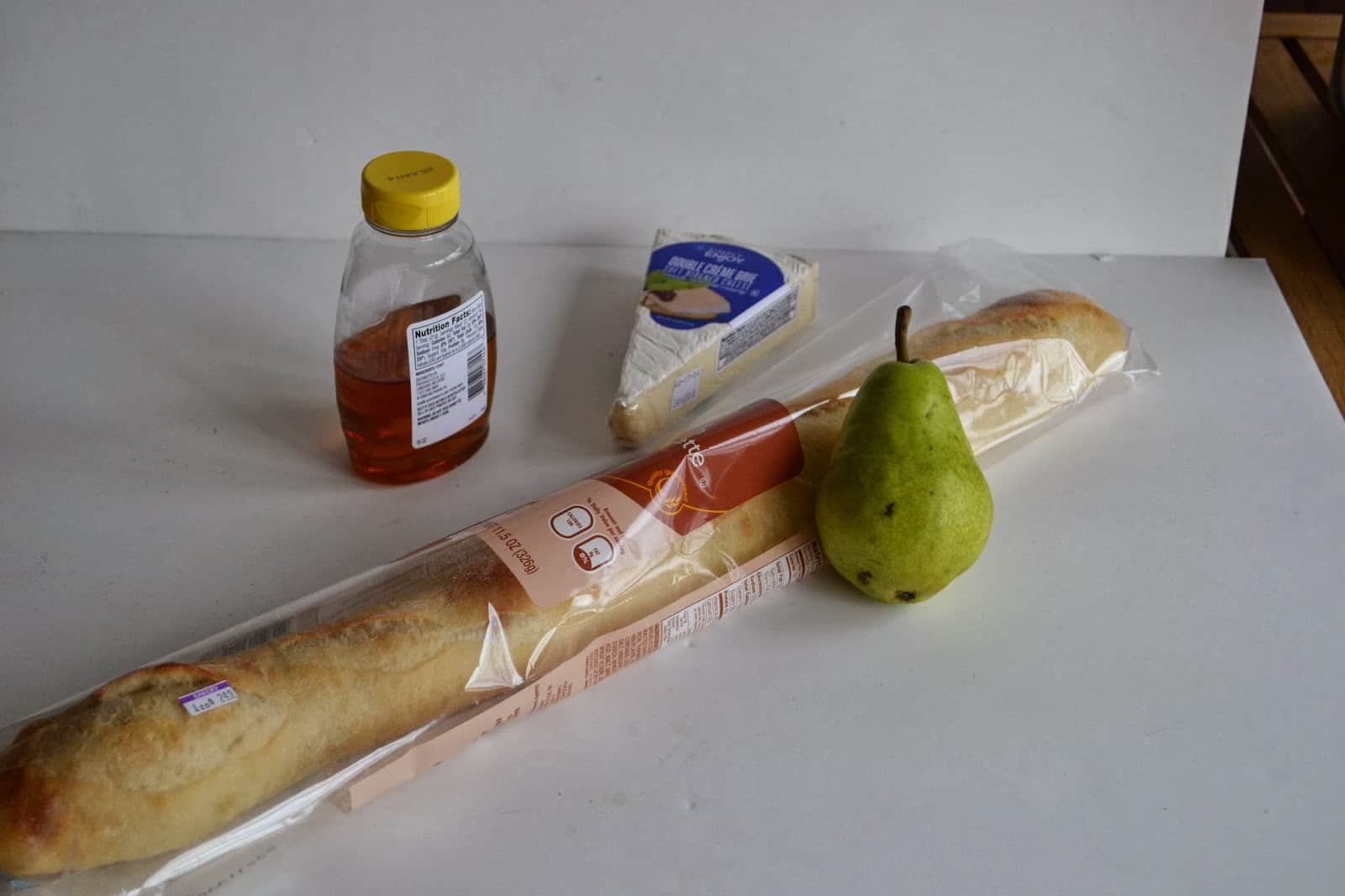 Since I was stuck on the brie and pear combination I decided to just add a little honey to the pears and see how it went.  Turns out it was awesome!  This may be my favorite combination yet.  The crunchy bread topped with creamy brie and then honey glazed pears and rosemary was absolutely delicious.  Slightly sweet, slightly salty, crunchy, and a whole lot of flavor, these are the perfect tapas for a big game or a fancy party.

2.  Slice the baguette into 24 ½ inch slices and place on a baking sheet.

3.  Slice the Brie into 24 pieces and spread onto each slice of bread.  Bake for 6-8 minutes or until the bread is crisp and the cheese is melted.

4.  Meanwhile, heat the olive oil in a small skillet over medium heat.  Add in the pear and cook for 5 minutes.  Pour the honey over top of the pear and toss to coat.  Cook for 3-4 minutes or until the honey is stuck to the pears.

5.  Remove the crostini from the oven and top with 2 slices of pear and a sprinkle of rosemary.  Serve warm. 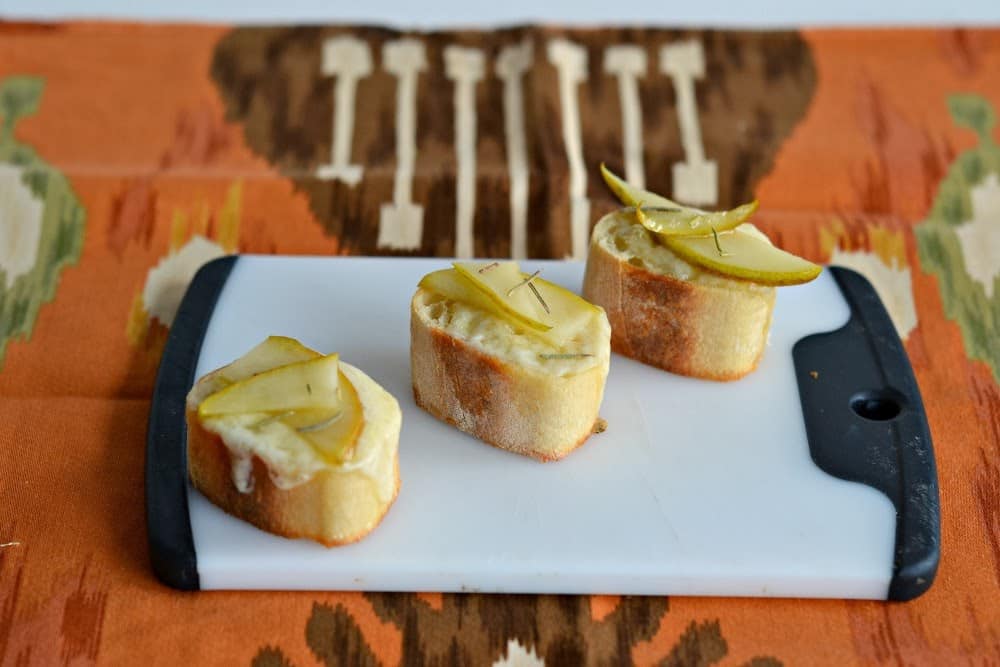