I haven't been doing much baking since having my baby.   I just don't have the time while he is awake and when he's sleeping we try to be as quiet as possible so we don't wake him up.   He isn't quite 3 months old yet so he isn't on a schedule and can nap up to 6 times a day so we never know when his down time will be.  This means I have no idea when I can get into the kitchen and start baking. 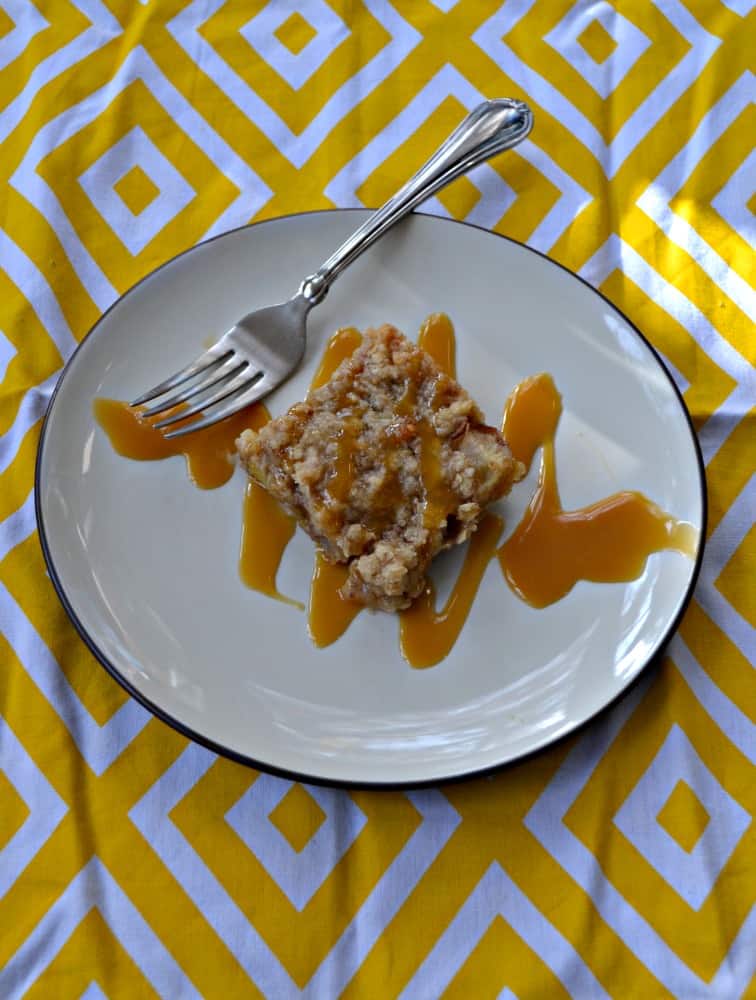 I do miss it though and so I've been trying to bake something at least every other week.   That is way down from baking between 2 and 4 things every single weekend but it's a good stress reliever and it makes me feel like myself.  So when I received a box of fall produce from Melissa's Produce I was thrilled to find some delicious looking pears in the box.

I love baking with pears.  They add a nice sweetness to baked goods and can be put into just about any recipe in place of apples but they give it a different flavor.  Pears are great with oats, cinnamon, and caramel.  It makes me think of fall just typing that! 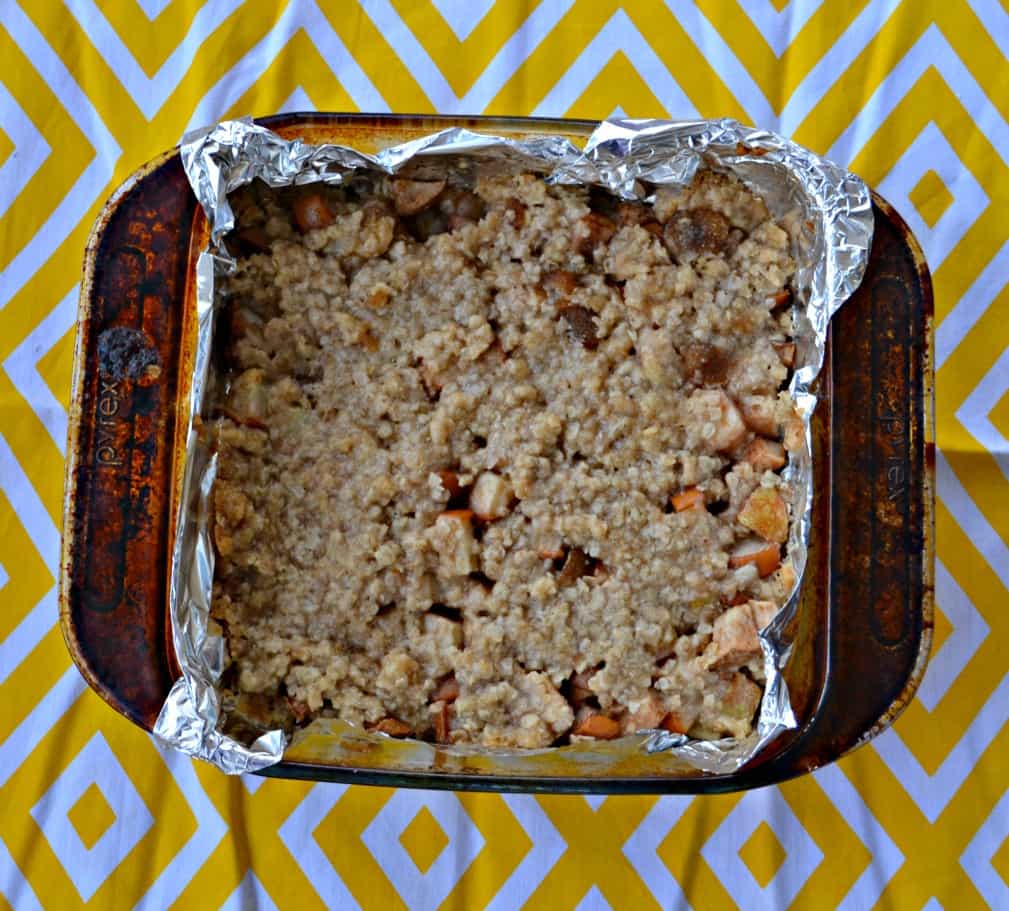 These Pear Pie Bars are so good.   The crust is a buttery shortbread that is crumbly and delicious.  It's topped off with the diced pears tossed in cinnamon and sugar.  Then there is a crunchy topping that gets sprinkled over top of the entire thing.   It comes together pretty easily. 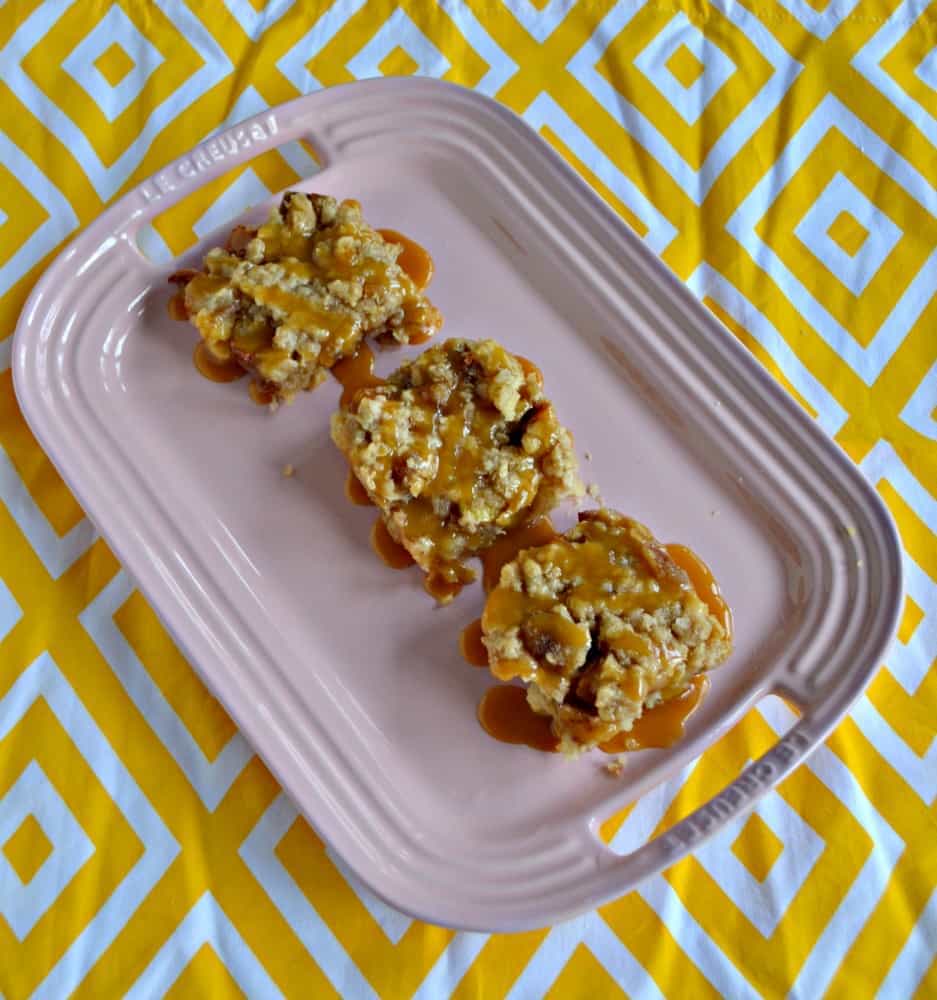 Once the bars came out I cut them into pieces and drizzled half of them with caramel.  They were amazing.  The crust is buttery, the pears soft and juicy, and the topping gives it a sweet crunch.  The caramel adds additional sweetness and flavor.  The entire bar is like fall on your tongue and they look gorgeous on this platter from Le Creuset! 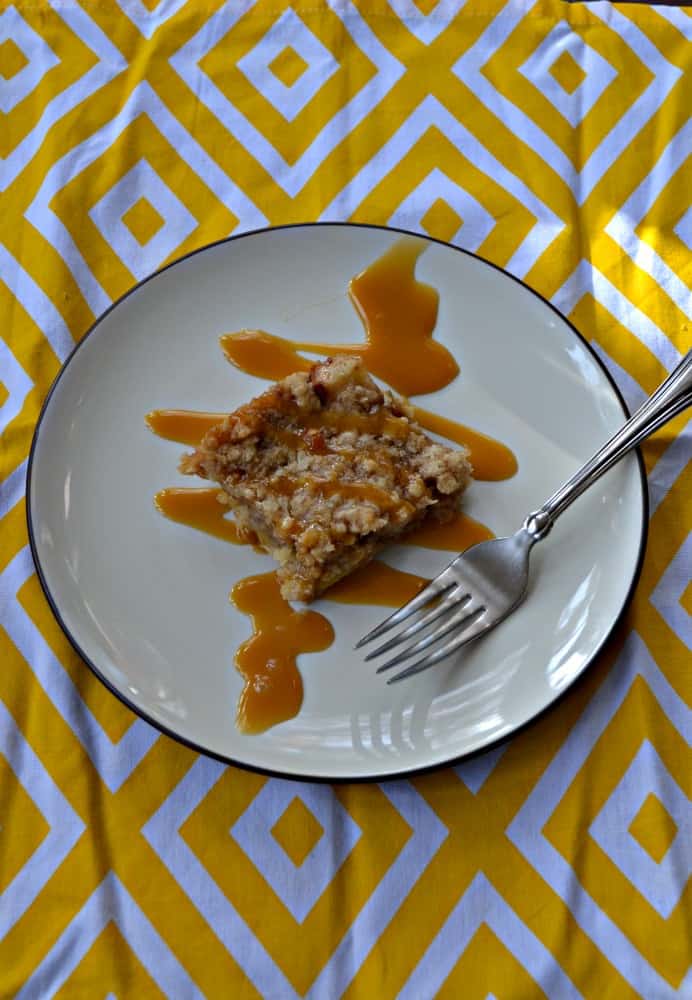 I received a box of produce from Melissa's Produce and a platter from Le Creuset but all opinions are 100% my own.