Yesterday I woke up to a sore throat.   At first I thought maybe it was just from my allergies and I didn't think much about it.   After being up for a few hours, drinking about 5 bottles of water, and it still hurting, I had different ideas.   I had my fingers crossed that it wasn't strep. 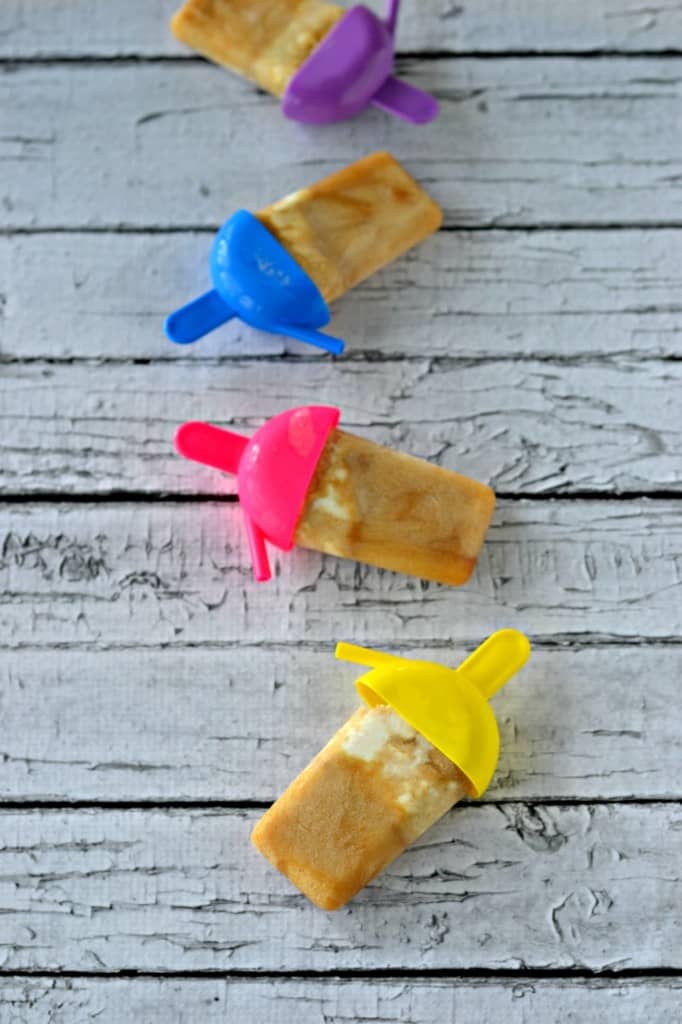 Over the next few hours I proceeded to drink several cups of hot tea with honey and lemon, downed some Robitussin, and drank a steady flow of liquids.  Nothing helped.  I finally decided the only thing that might possibly make it feel better was a popsicle.   When I looked in the freezer I found that I didn't have a single popsicle in there. 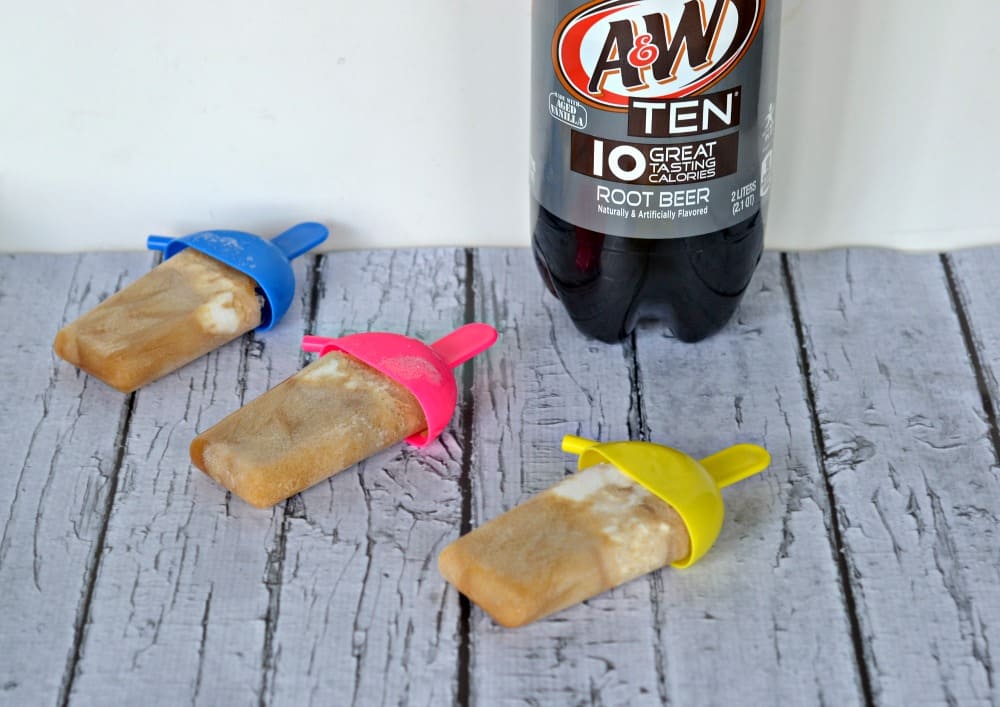 I immediately went looking for my popsicle molds.   I found them, washed them, and began looking for something to pour in them.   My eyes fell on the A&W Ten Root Beer.  I also started getting a hankering for a root beer float.  I started searching through the refrigerator and freezer and came up with a tub of Cool Whip.  I mixed Cool Whip with some vanilla yogurt and then combined everything in the molds. 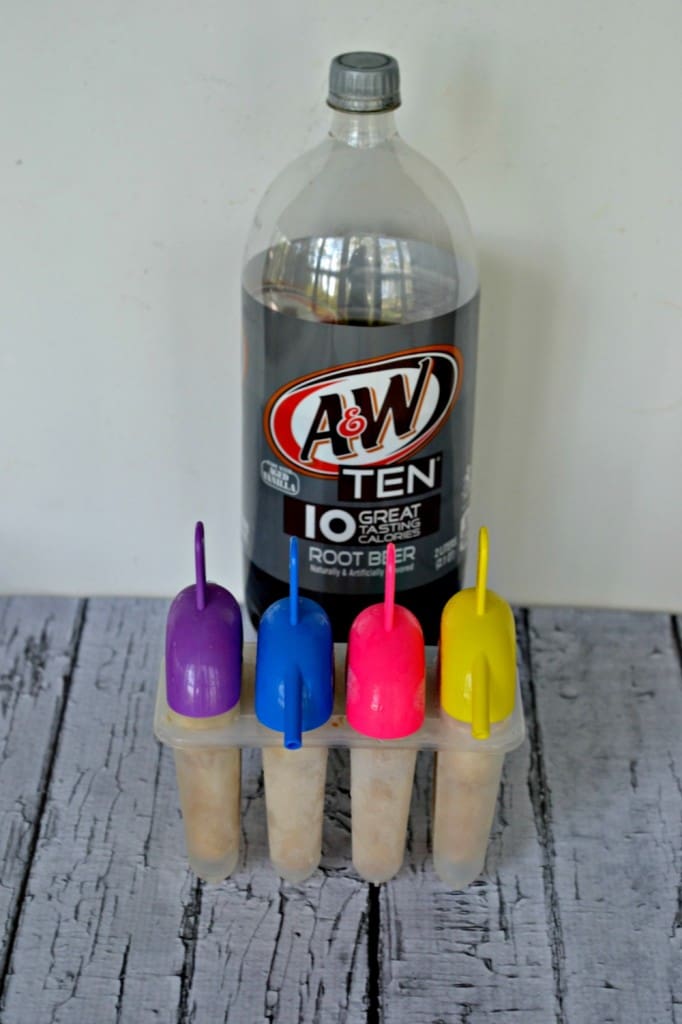 They turned out wonderfully!   It was like an upside down root beer float.   The tops of the ice pops were all root beer and the bottom was almost all the Cool Whip but in between they mixed nicely.   It was a delicious popsicle that totally made my throat feel better.   I may have eaten several after my throat was feeling better as well.   Why not?   Each pop comes in around 60 calories! 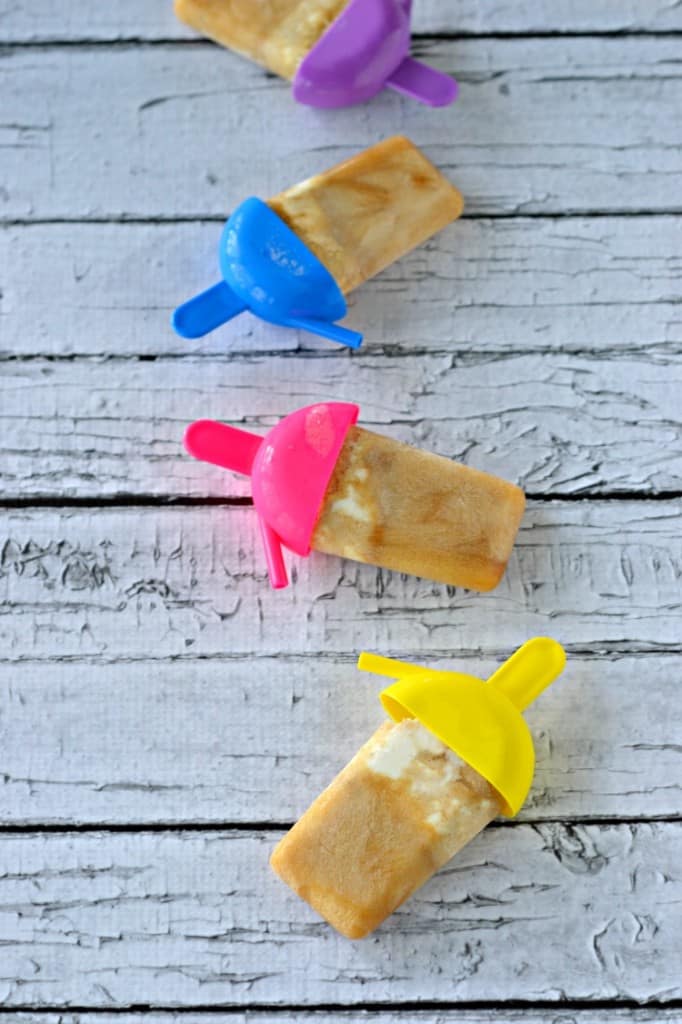