This week I'm not only sharing a CSA recipe but it's a canning recipe as well!   I'll be the first to admit I haven't done much canning this summer.   I'm using canning most of the summer but it's been a busy one for me so I haven't done too much of it.  This is the first tomato recipe I've made this year but I'm sure I'll be making more as tomatoes are in season now. 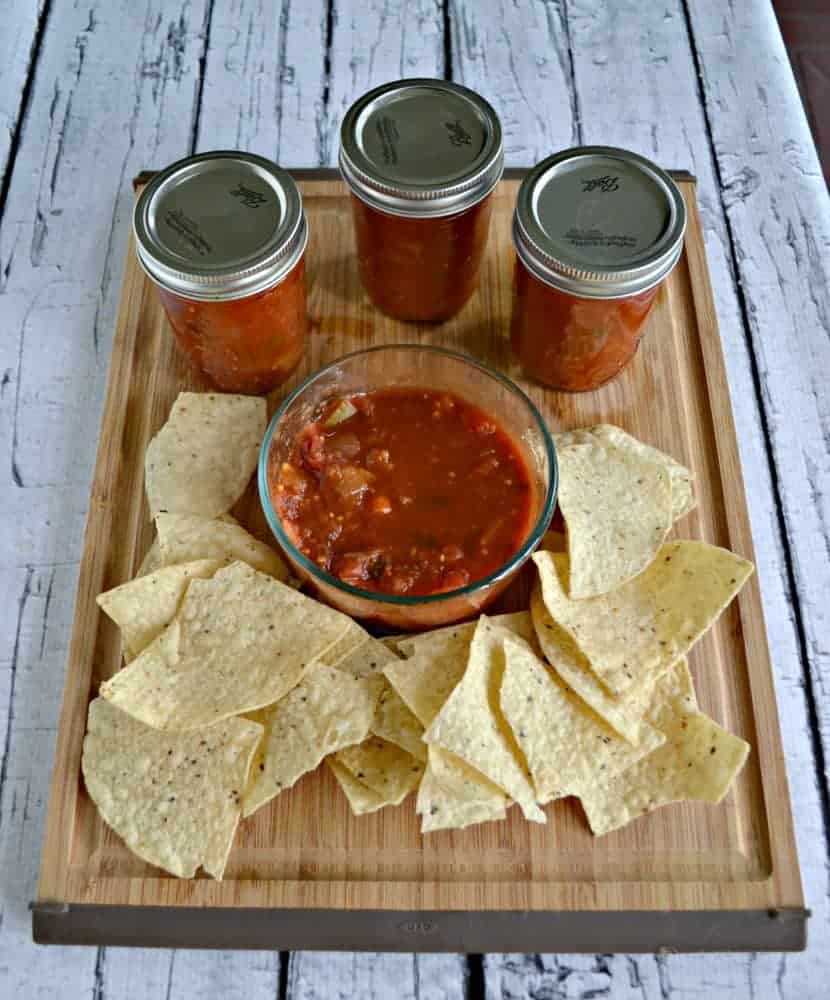 Last week was a good CSA.  We got a big bouquet of flowers which lasted the entire week.   I received a whole, organic chicken since I missed our CSA the week before.   How nice was that to give me a chicken to make up for the missed week?  Pretty awesome!   We also received a head of cabbage, a loaf of the delicious Challah bread, a quart of yellow tomatoes, a quart of red tomatoes, basil, and a quart of potatoes. 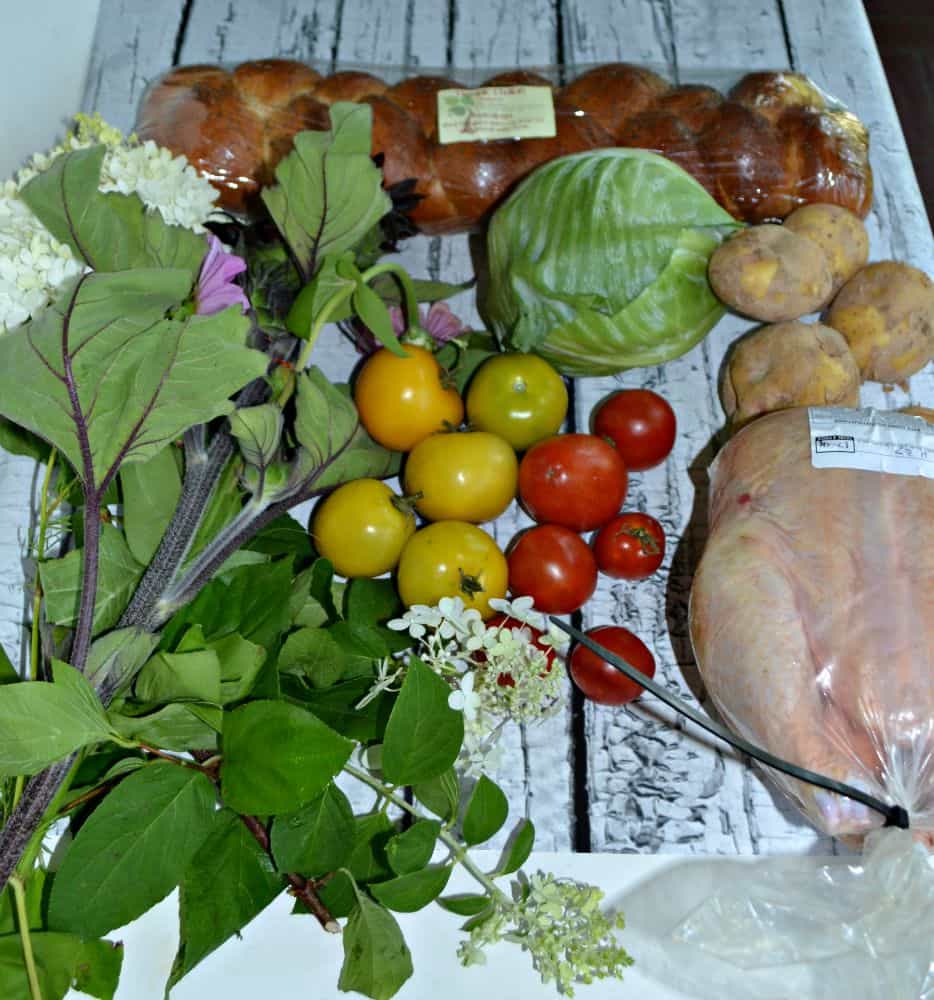 We used the cabbage to make Korean Style Beef tacos.   I used the basil in marinara sauce.  We used the potatoes to make potato salad (recipe coming next week!)  Then I was left with the tomatoes.   Since I had so many tomatoes I wanted to make either salsa or pizza sauce.  Since we use salsa more then we use pizza sauce I opted for that.

I've made several salsa recipes to can over the years.  They are all good but all very different.  This time I used a recipe for Simple House Salsa.  It uses tomatoes, peppers, cilantro, onions, and garlic along with a few other seasonings.   It's a pretty traditional salsa and you can adjust the seasonings to your taste.  I add in more cumin then it calls for and add in some black pepper as well.  I was able to make 9 half pint jars plus I had enough left over to put in a bowl for us to eat now. 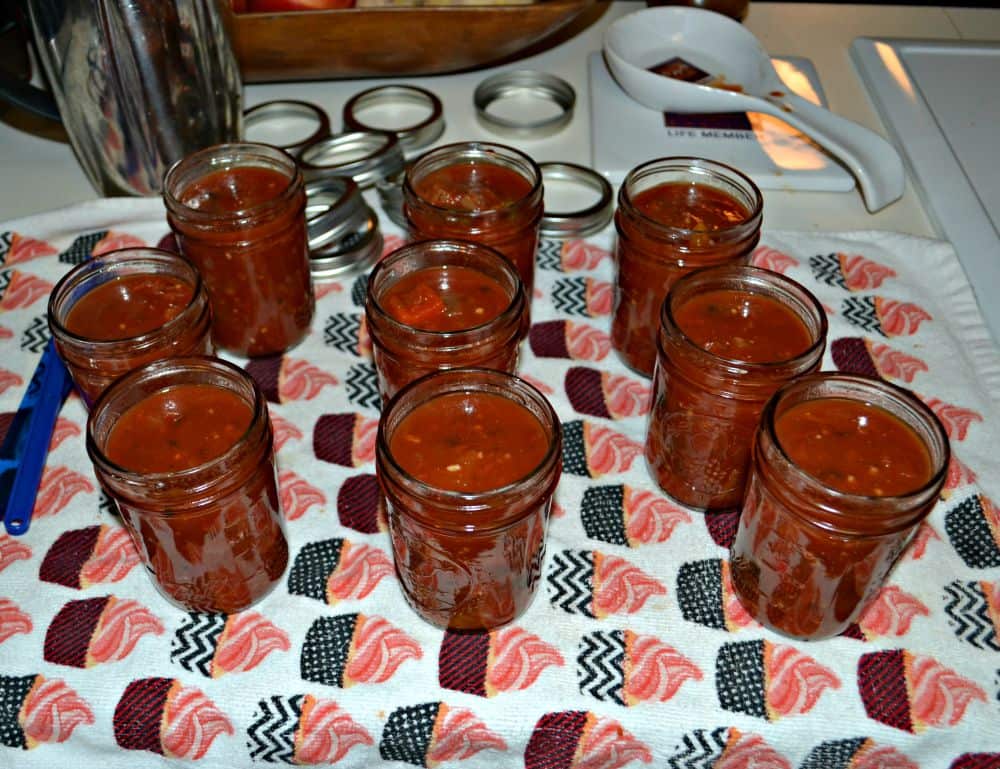 The salsa was slightly chunky, had a slight vinegar flavor, but the tomatoes really came through with a nice flavor.  The onions and peppers added some flavor as well.  We enjoyed the salsa with chips and also on a taco salad.  This is a great all purpose salsa. 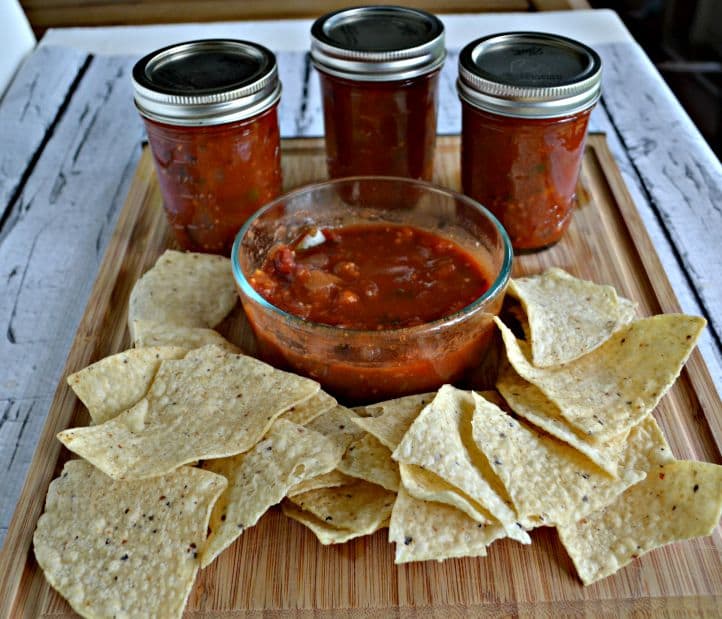