This year I started thinking about my resolutions a few weeks ago.  One that is related to my blog is that I want to make recipes that require less prep time and hands on time for during the week when I work.  By the time I get home I'm usually tired and I don't want to spend numerous hours preparing and then cooking dinner. 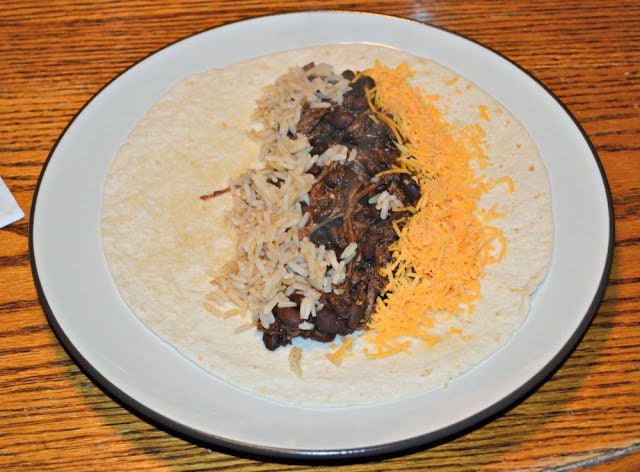 This week #SundaySupper had a theme of Slowly Bringing In The New Year to share slow cooker recipes.  I thought this was perfect because I love coming home after work and having dinner ready to eat.  While I know some crock-pot recipes require significant prep time, I've bookmarked quite a few that are thrown together in under 15 minutes and that make a complete meal.

I wanted to share this Cuban pork with beans and rice because it made a huge amount and we ended up eating it three different ways.  Talk about short prep time!  I love being able to cook once for several days, especially when I can make three different meals out of one cooking.

The original recipe calls for the pork and beans to be served over rice.  We actually had this as our second meal because my husband had a better idea for the original meal.  He wanted to put the pork, beans, and rice inside tortillas to make pork tacos.  They turned out great and were really filling because of the addition of both rice and beans in the tacos.  The third day I put the remaining pork and beans over top of tortilla chips along with some cheese and made Cuban pork nachos. 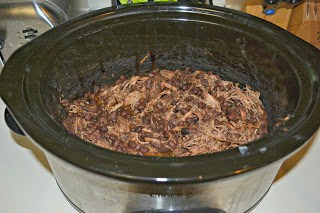 1.  Cook the bacon in a large saute pan until crisp.  Remove to a paper towel lined plate.

2.  Remove all but 1 tablespoon of bacon grease from the pan.   Add the onion, green pepper, garlic cloves, and jalapeno pepper and cook over medium heat for 5 minutes.  Remove from heat.

3.  Cut the bacon slices in half and place on the bottom of a crock-pot.

5.  Pour the onion mixture on top of the black beans, then sprinkle everything with the oregano, paprika, cumin, and cayenne pepper.

6.  Pour the chicken broth and orange juice over top of everything.  Sprinkle with cilantro.

7.  Cook on low for 8 hours.  Shred the pork in the crock-pot and mix everything together.  Add a ¼ cup of water, mix well, and cook for an additional 30 minutes.

8.  Fill a soft tortilla with the pork and bean mixture and add rice, cheddar cheese, and sour cream.  Roll up and enjoy. 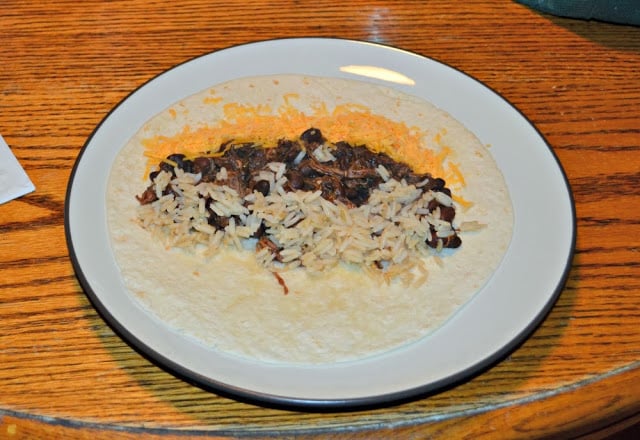