This year when I started my holiday baking I made a list of all the cookies I wanted to make and began gathering recipes.  I could not find my recipe for snickerdoodles anywhere and eventually had to go online to find one that sounded similar to the one I've used for years. 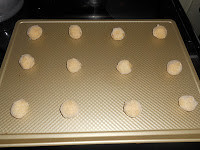 I was actually very impressed with this recipe because the cookies came out crisp on the outside but were soft and chewy in the middle.  They managed to stay soft in the middle for several days.  I enjoyed both the flavor and the texture of these snickerdoodles and will be keeping this recipe in my file.

2.  In a small bowl combine the cinnamon and sugar for the topping.  Set aside. 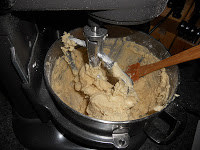 3.  In a large bowl beat the sugars and butter together until well combined.  Add in the egg, egg white, and vanilla.  Mix until light and fluffy.

4.  In a medium bowl combine the flour, baking soda, salt, and cream of tartar.  Mix well and then add to the wet ingredients.  Stir until just blended.

5.  Shape the dough into 1 inch balls and roll each ball into the cinnamon and sugar topping mix.  Place on an ungreased cookie sheet and bake for 15-18 minutes or until they begin to brown.

6.  Remove from oven and cool on a wire rack. 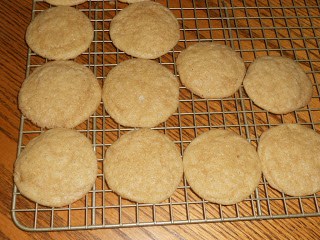