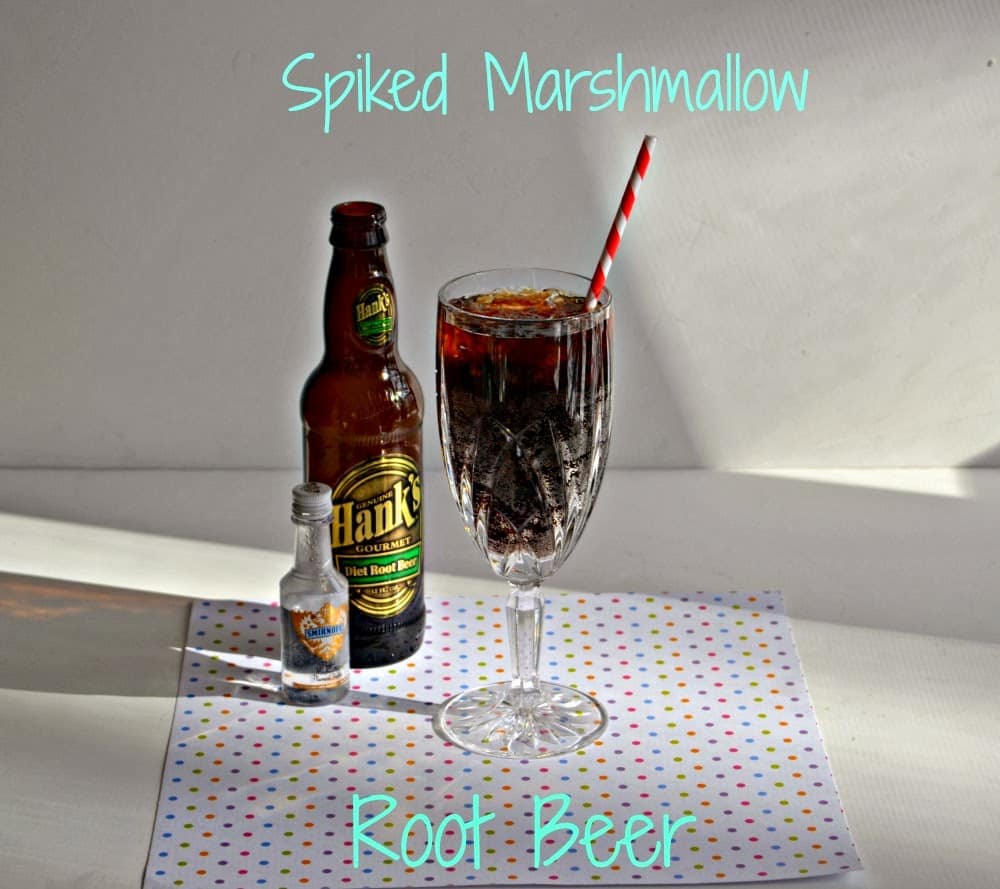 Last week I was enjoying a bottle of root beer when inspiration hit.  I wanted something more then just the root beer and my first thought was a root beer float.  Unfortunately I didn't have any ice cream (boo!) so that was out.  Then I thought about last summer when my brother took me to a local hangout.

The special on their menu was a spiked root beer float.  When I inquired about the drink the waitress told me that they had a special brew of alcoholic root beer and added ice cream to it.  I was sold!  When it arrived it was even more awesome then I thought it could possibly be.  Sweet and creamy ice cream floating in a mug of spiked root beer.  It was awesome. 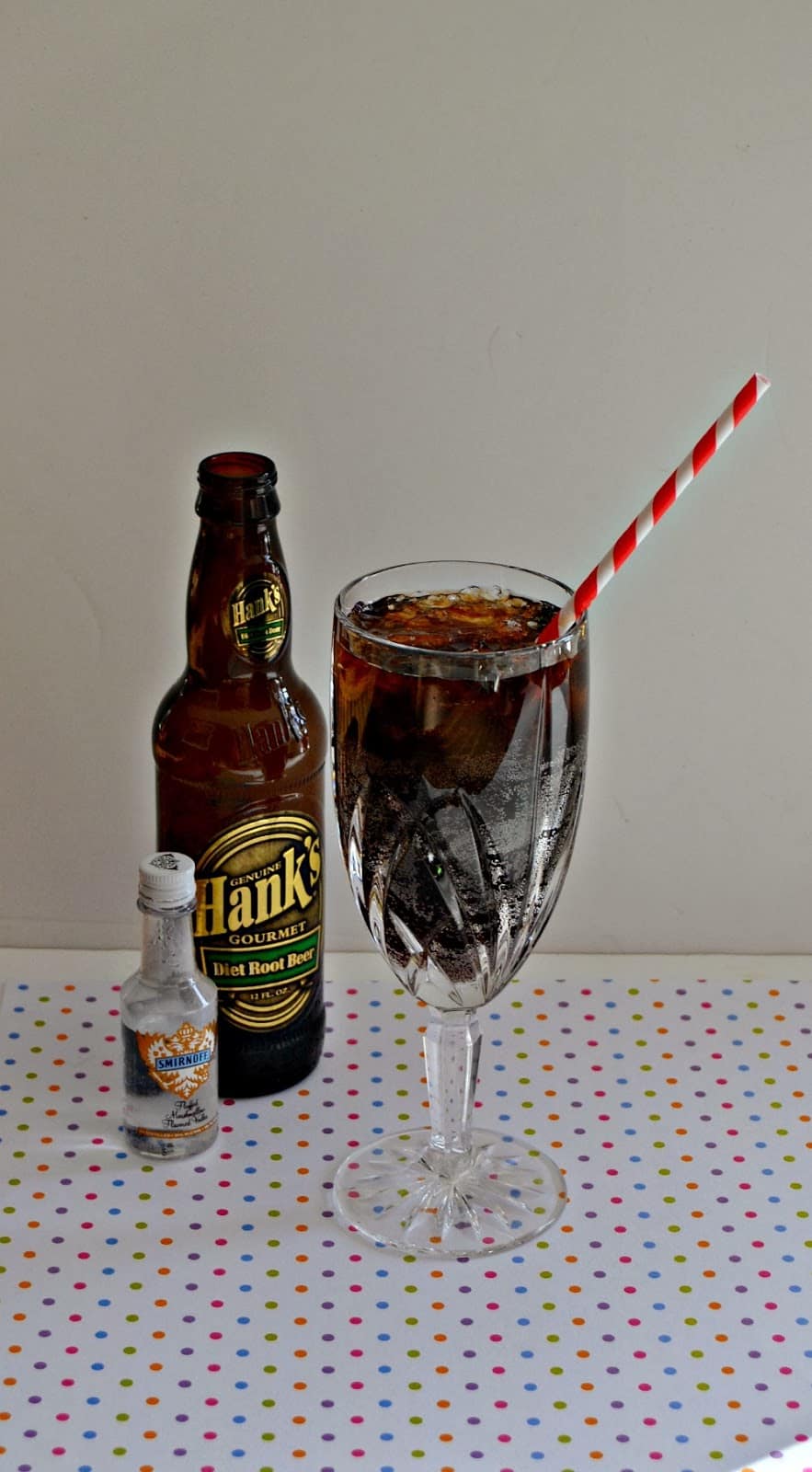 I wanted to recreate the taste without the use of the ice cream.  Looking in my cabinet I had a mini bottle of Smirnoff Fluffed Marshmallow Vodka.  My thought was that the marshmallow flavor would add a similar flavor to the ice cream.  Turns out I was right!  It was like a cross between a root beer float and cream soda and it was delicious! 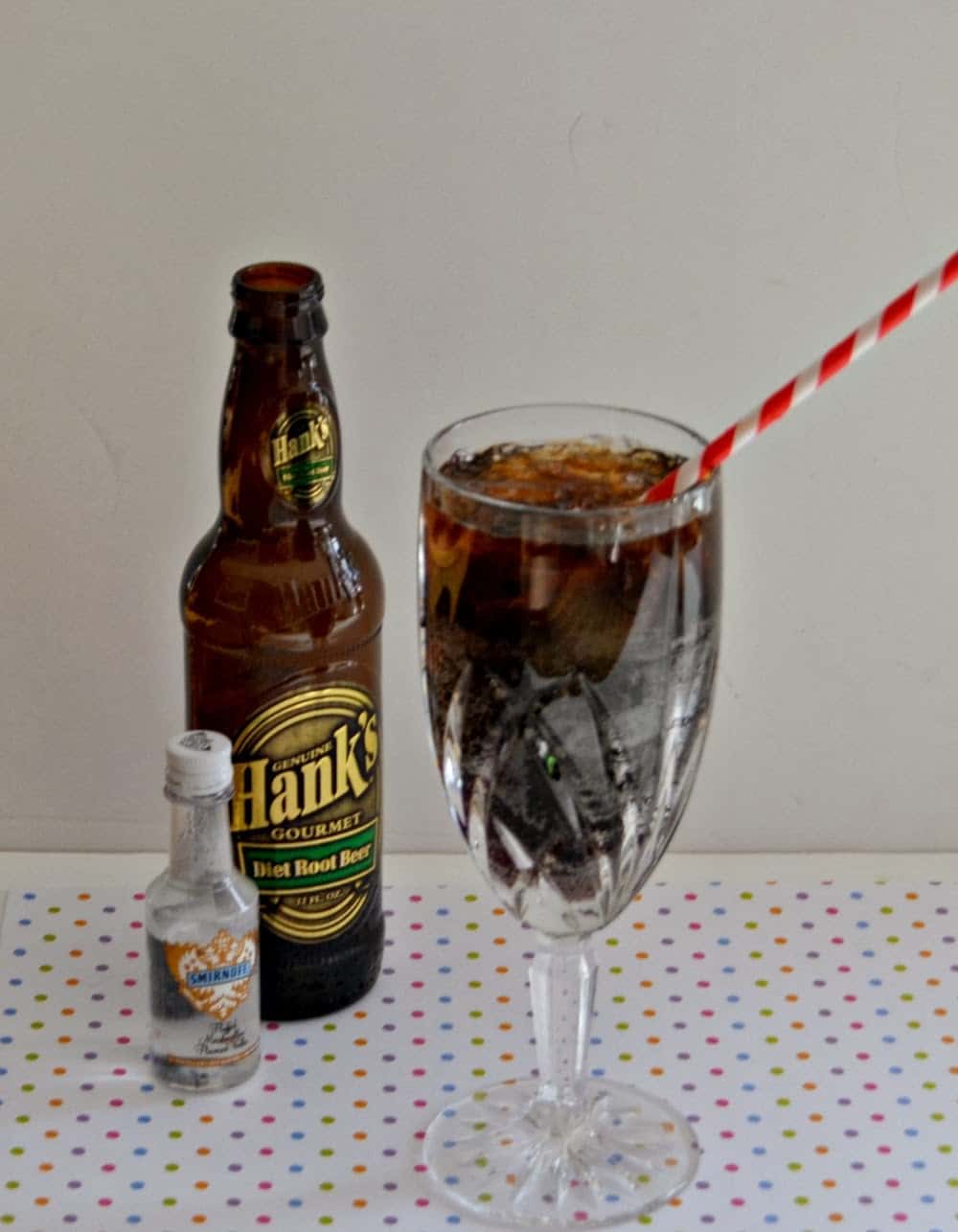