Fevered visions spiral architect Laken Adams into violent murder scenes that have her and the police questioning her sanity and innocence. Can Detective Mac MacDaniels have enough faith to save her and their love?  (-synopsis) 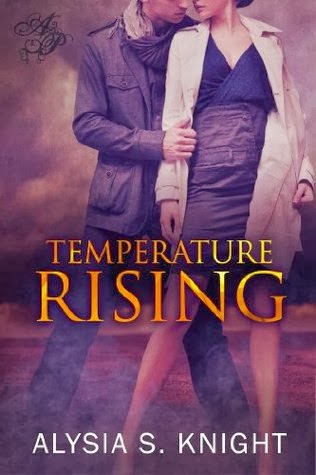 The book opens with Laken Adams leaving work sick and with a fever.  She stops off at the pharmacy to get some medication and runs into a man in a raincoat.  He looks at her, wipes the sweat off her brow, and licks it.  Frightened, she purchases her medicine and goes home.

That night she dreams of the same man murdering a woman.  She wakes up terrified and still ill.  Several days later she goes back to work and sees a photo in the paper of the woman in front of her at the pharmacy.  She remembers her dream and finds it matches what happened to the woman.

Laken goes to the police with her information.  They are excited until they realize her information is from a dream.  She flees the office but comes face to face with Detective Mac MacDaniels later that day.  The two talk and he begins to believe her.

Things are going well as Laken and Mac become closer until she has another dream and another woman ends up murdered.  The police decide she must be involved in the murders and arrest her.  Can Mac convince them that she isn't a threat?  Can he catch the killer before the killer kills Laken?

The premise of the book is a good one.  I like that Laken is somehow connected to the killer in her dreams.  She is an intelligent woman but she also has a vulnerable side.  Detective Mac is a strong character who wants to keep Laken safe.  The more he's with her the harder he falls for her.

What I didn't like about the book is how quickly Mac and Laken fall for each other.  It all happened too quickly and their interactions seemed repetitive over the days they are together.  I also had a hard time with the fact that Laken seemed to be making men angry everywhere she went so there were multiple men in the book who could have been the killer.

This book was short and easy to read.  I wish it had been longer and included more details.  It felt a little rushed with too many different small story-lines going on around the center plot.