Every year when Thanksgiving rolls around I start getting excited about the food.  I love Thanksgiving food more then any other holiday food.  The turkey, gravy, mashed potatoes, and stuffing are always on the top of my list.  While I love the simple, traditional recipes, every year I try to make a new stuffing recipe. 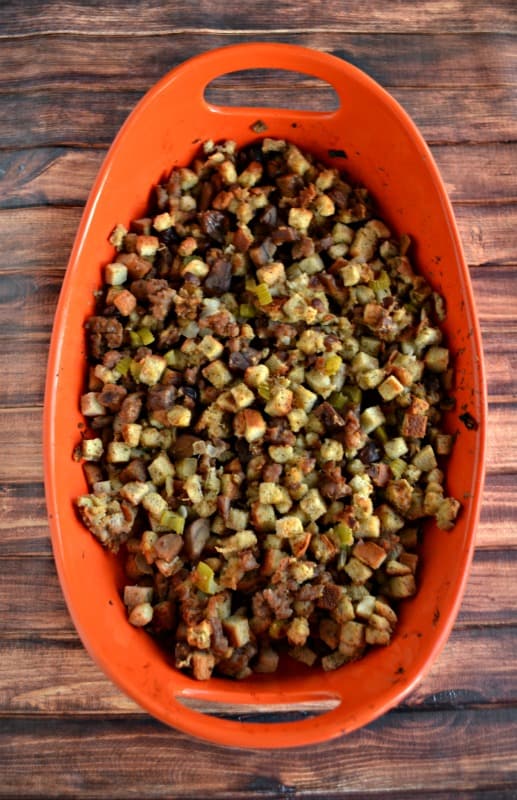 I've tried a variety of different stuffing recipes over the years.  Some have been vegetarian, others have had sausage in them, and others have been made with cornbread.   I like trying them all and I haven't really met a stuffing I've made that I haven't liked.

This year I received a package of steamed chestnuts and really wanted to use them.  I've never had chestnuts before so I wasn't sure how to use them.  Upon tasting them they were meaty and slightly sweet.   It wasn't what I was expecting at all. 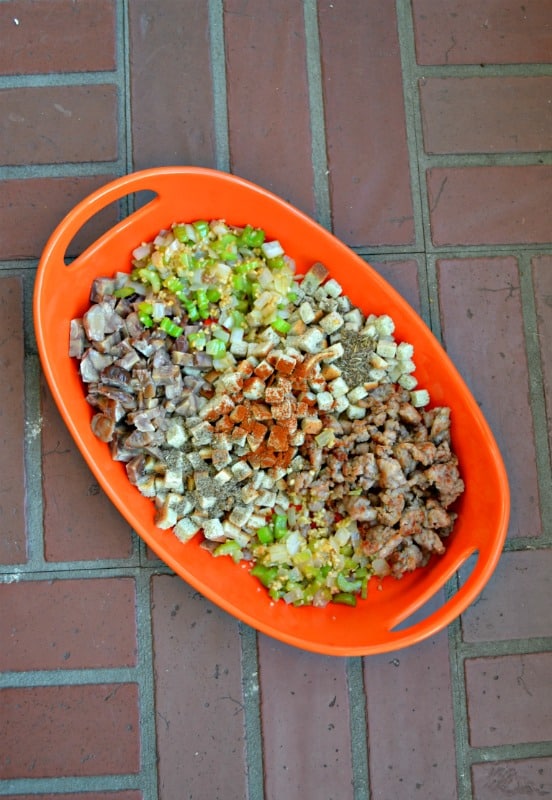 The rest of the stuffing was pretty traditional with onions, celery, bread cubes, and spices.  Then I added in the sausage and chestnuts.  I used chicken broth to flavor and bind the stuffing together.  The resulting stuffing was really tasty!   It was a bit heartier then traditional stuffing but I loved the taste of the sweet chestnuts with the spicy sausage all paired with the bread.  It's the perfect stuffing to serve along side turkey.

Stuffing with Sausage and Chestnuts 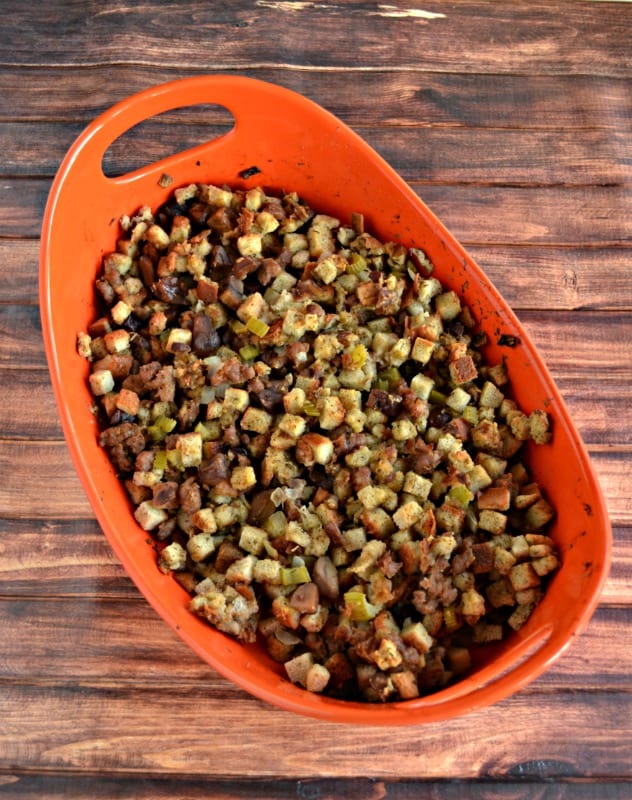